Like many major league sports, the age of the players in the MLB ranges widely. Currently, there are a few players in the league who were drafted right out of high school and are 19/20. All of the players on this list are double the age of these young players and have had careers nearly two-decades long. Many of the oldest active players started their careers in the early 2000s and may or may not retire following the end of the current season.

Please note that any players that were unsigned free agents at the time of this writing were left off the list. Additionally, as of March 2021, the information on this list is as accurate as possible and will be updated as needed. 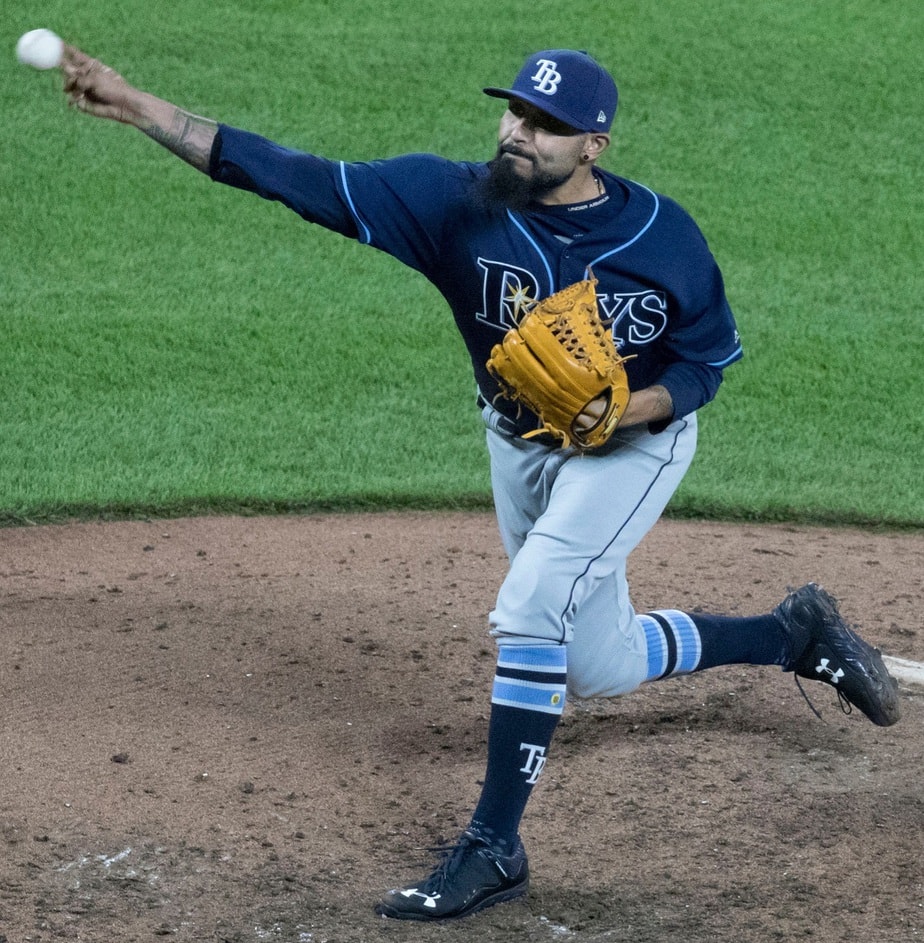 Sergio Romo is one of many players who will be 38 years old at the start of the 2021 MLB season. Romo’s grandfather played baseball for the Mexico City Diablos Rojos and Romo’s father was semipro, but did not advance his baseball career due to work responsibilities. However, Romo’s father ensured that Romo would have a shot at the Major Leagues.

After playing baseball in college, Romo was drafted by the San Francisco Giants in 2005. Romo spent a few years in the Minor Leagues before debuting with the Giants in 2008. He stayed with the Giants until 2016 before briefly playing with the Los Angeles Dodgers the next year. Romo also played for the Tampa Bay Rays, Miami Marlins, and Minnesota Twins. On February 14, 2021, Romo signed a one-year $2.25 million contract with the Oakland Athletics.

Sergio Romo has four main pitching styles: a fastball, a sinkerball, a changeup, and an unusual “No Dot” slider, which does not spin on an axis centered on the seams, unlike most pitchers’ sliders. 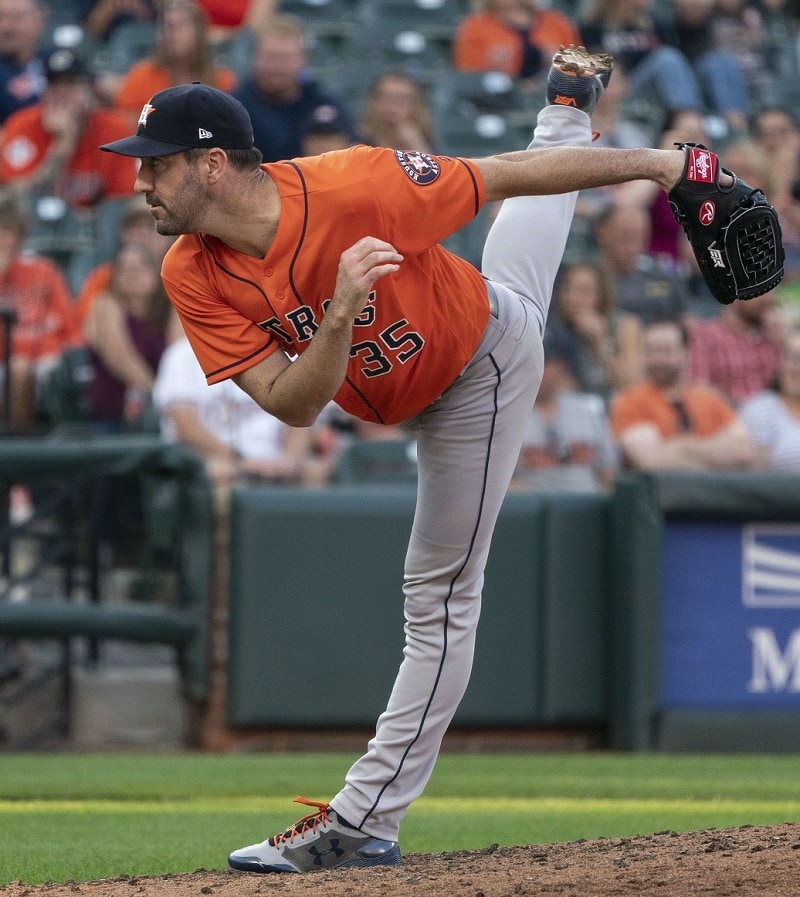 Justin Verlander was drafted in 2004 by the Detroit Tigers and played for two of Detroit’s minor league teams, the Lakeland Flying Tigers and Erie SeaWolves. The following year, Verlander debuted with the Tigers and in 2006, Verlander became the first rookie pitcher in the history of the game to win 10 games before the end of June and was named AL Rookie of the Year at the end of the season.

Verlander stayed with the Tigers for 12 years and was instrumental to the team’s four consecutive American League (AL) Central division championship wins (from 2011 to 2014) and two AL Pennants (in 2006 and 2012). Since 2017, Verlander has played for the Houston Astros. While his contract is still technically active, Verlander has been placed on the 60-day injured list as he continues to recover from Tommy John surgery. 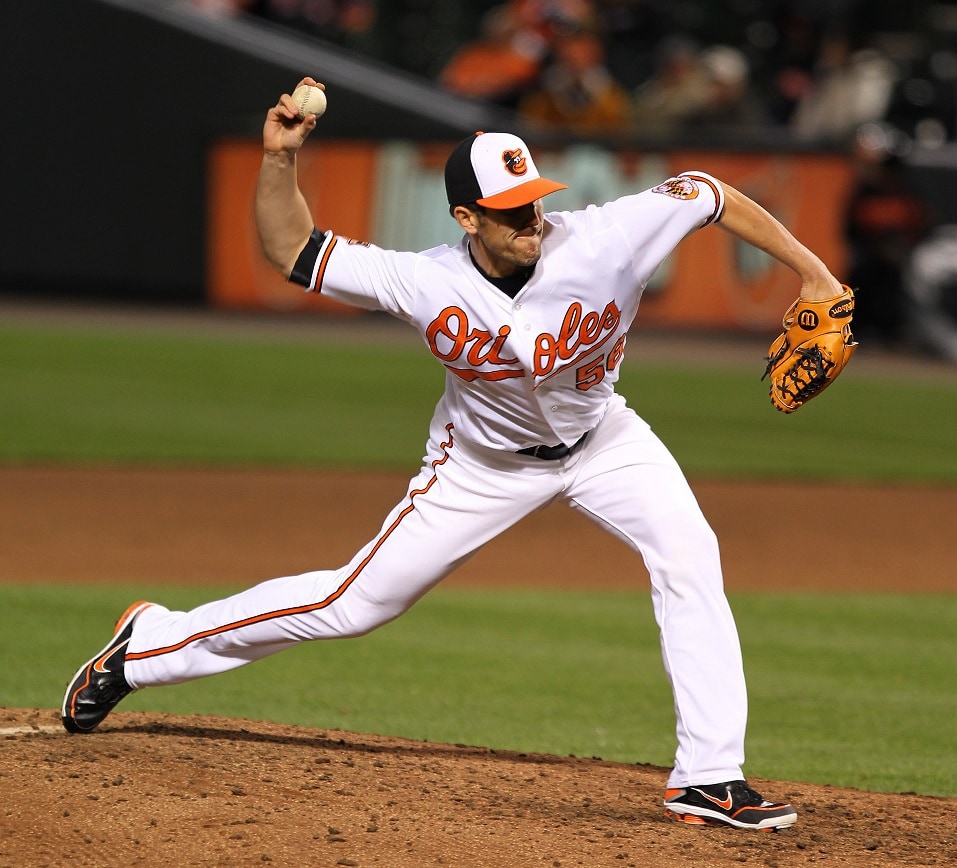 Darren O’Day has played baseball his entire life and attended the University of Florida on an athletic scholarship. After graduating in 2006, O’Day signed as an undrafted free agent with the Los Angeles Angles of Anaheim later that year. Two years later, O’Day made his MLB debut with the Angels. The following year, O’Day made the New York Mets’ roster out of spring training, but he did not get to play for the team. O’Day was later picked up by the Texas Rangers. He has also played for the Baltimore Orioles and Atlanta Braves. O’Day signed a one-year, $1.75MM contract with the New York Yankees on February 10, 2021.

Darren O’Day is one of the few pitchers in the MLB who throws submarine pitches, which are released just above the ground, but not underhanded, with the torso bent at a right angle, and shoulders tilted so severely that they rotate around a nearly horizontal axis. 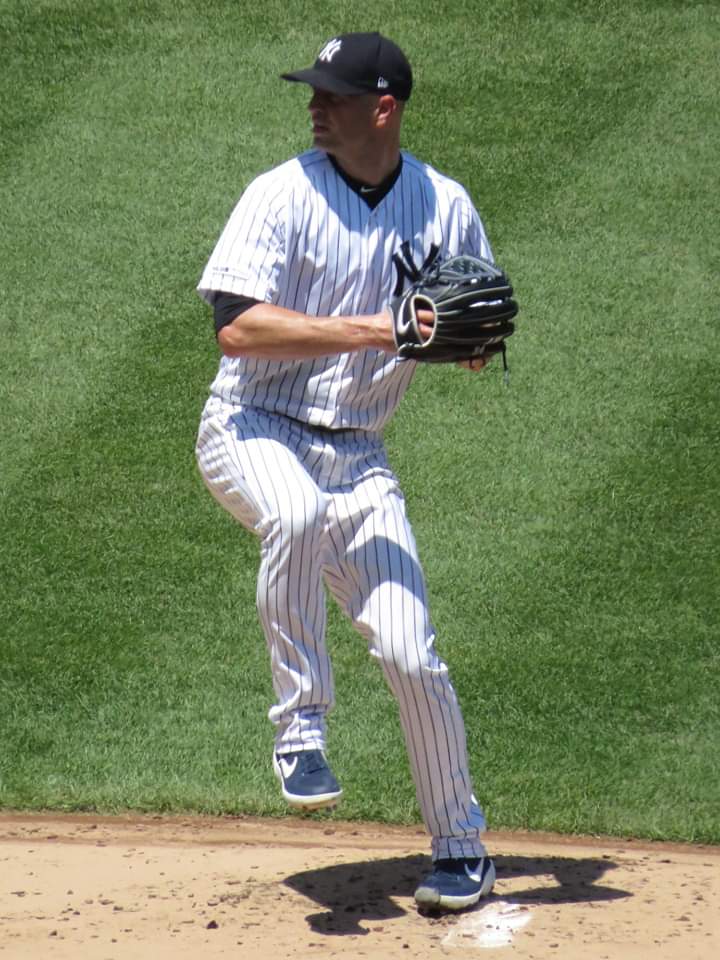 J.A. Happ is another MLB player in his late 30s who has been playing for well over a decade. Happ grew up playing baseball and basketball, but chose to pursue baseball in college. In 2004, while Happ was in his last year of school, he was drafted by the Philadelphia Phillies. Happ was assigned to the Batavia Muckdogs of the Short-season A-level New York–Penn League.

A few years later, Happ made his professional debut with the Phillies. Happ has also played for the Houston Astros, Toronto Blue Jays, Seattle Mariners, Pittsburgh Pirates, and the New York Yankees. In January 2021, Happ signed a one-year, $8 million contract with the Minnesota Twins.

Although his initials are J.A. for James Anthony, Happ pronounces J.A. as “Jay.” 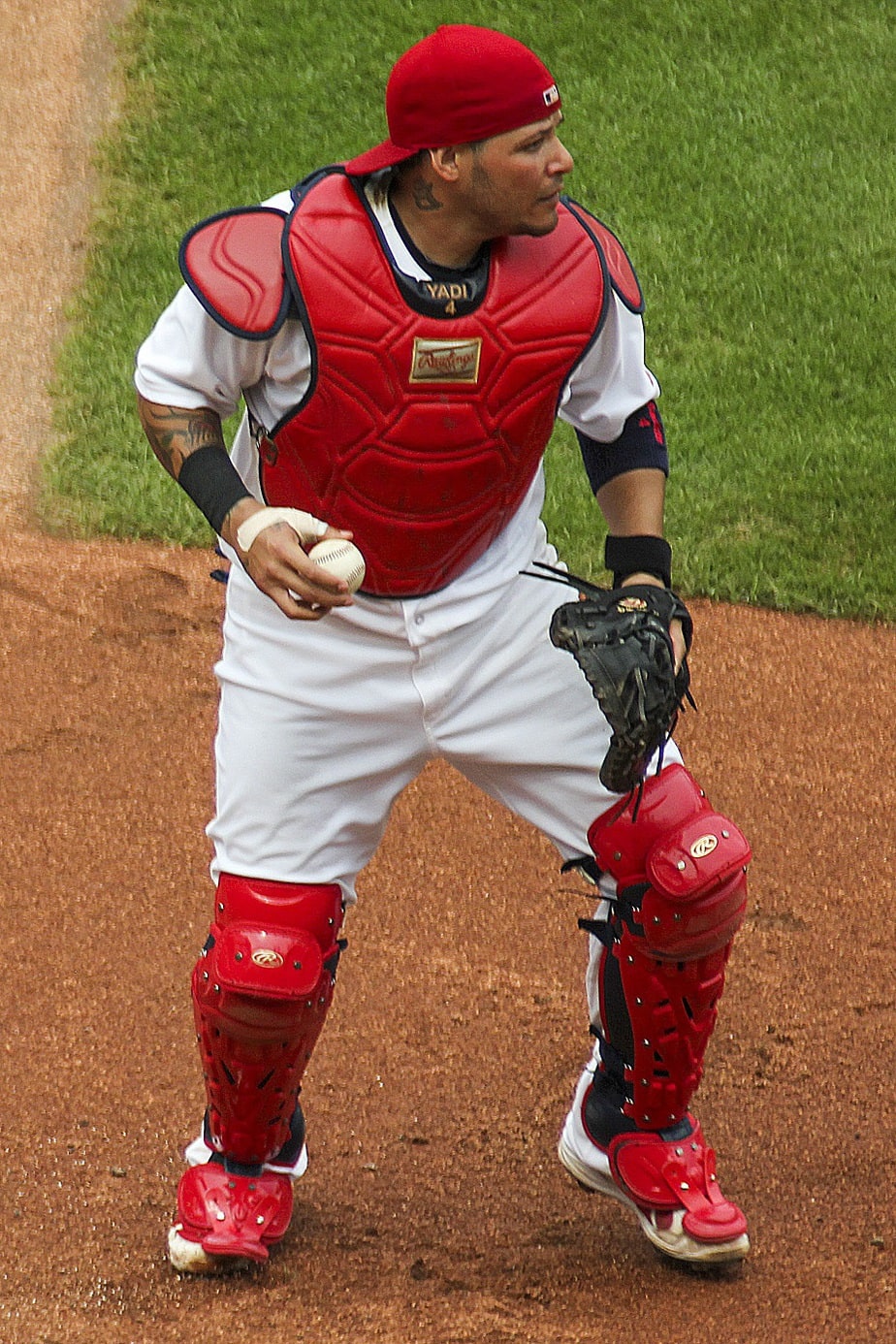 Over his 17-year long career with the Cardinals, Molina has become one of the greatest defensive catchers in MLB history. So far, Molina has won nine Rawlings Gold Gloves and six Fielding Bible Awards. Molina is also a two-time World Series champion and he has played for the Cardinals in eleven playoff appearances and four National League pennant winners. Outside of the MLB, Molina has played for the Puerto Rican National Team in four World Baseball Classic tournaments, winning silver medals twice.

Yadier Molina comes from a baseball-playing family; his father was an amateur second baseman and the all-time hits leader in Puerto Rican baseball, his older brothers, Bengie and José, were also catchers in the MLB. 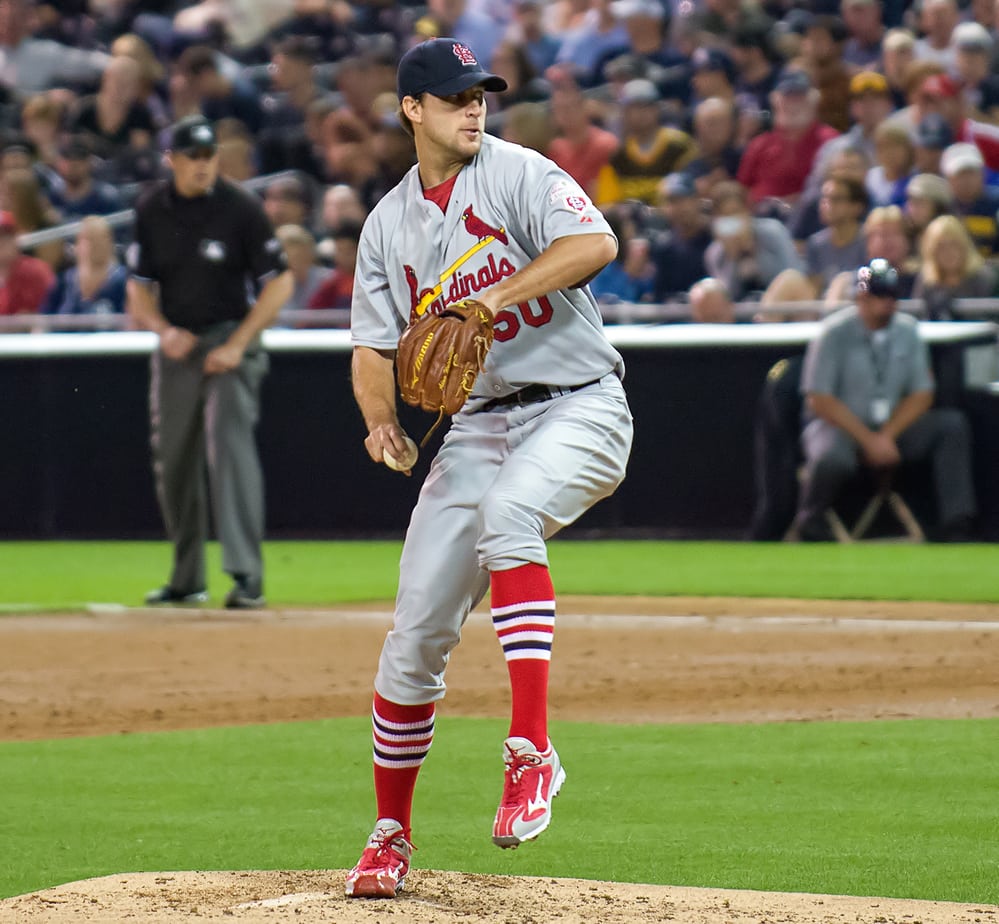 Adam Wainwright is the one of the only players on this list who has spent his entire MLB career with just one team; he has been the pitcher for the St. Louis Cardinals since 2005. Wainwright was drafted by the Atlanta Braves in 2000 and he did so well in the minors that he became the team’s top pitching prospect. In 2003, the Braves traded Wainwright to the Cardinals, where he has remained since.

In 2014, Adam Wainwright became the first pitcher in Major League history to post nine of his first 18 starts with seven innings pitched and no runs allowed. In his career, Wainwright has won more than 150 games, three All-Star selections, two Rawlings Gold Glove Awards and finished in the top three in the Cy Young Award balloting four times. 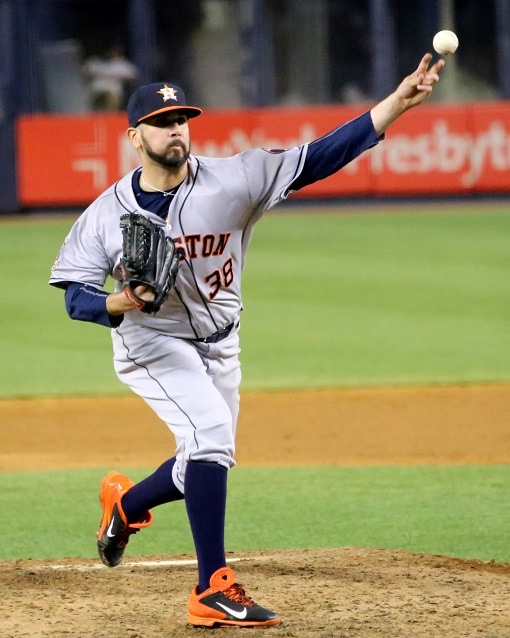 Mexican-born Óliver Pérez,  has been playing professionally baseball for 17 years. Pérez made his debut in 2002 with the San Diego Padres, before he was traded to the Pittsburgh Pirates in 2003. After spending a few years with the Pirates, Pérez played for the New York Mets, Seattle Mariners, Arizona Diamondbacks, Houston Astros, and the Washington Nationals. Since 2018, Pérez has played with the Cleveland Indians.

In addition to the MLB, Óliver Pérez has also competed for the Mexican national baseball team in the 2006, 2009, and 2013 World Baseball Classics. 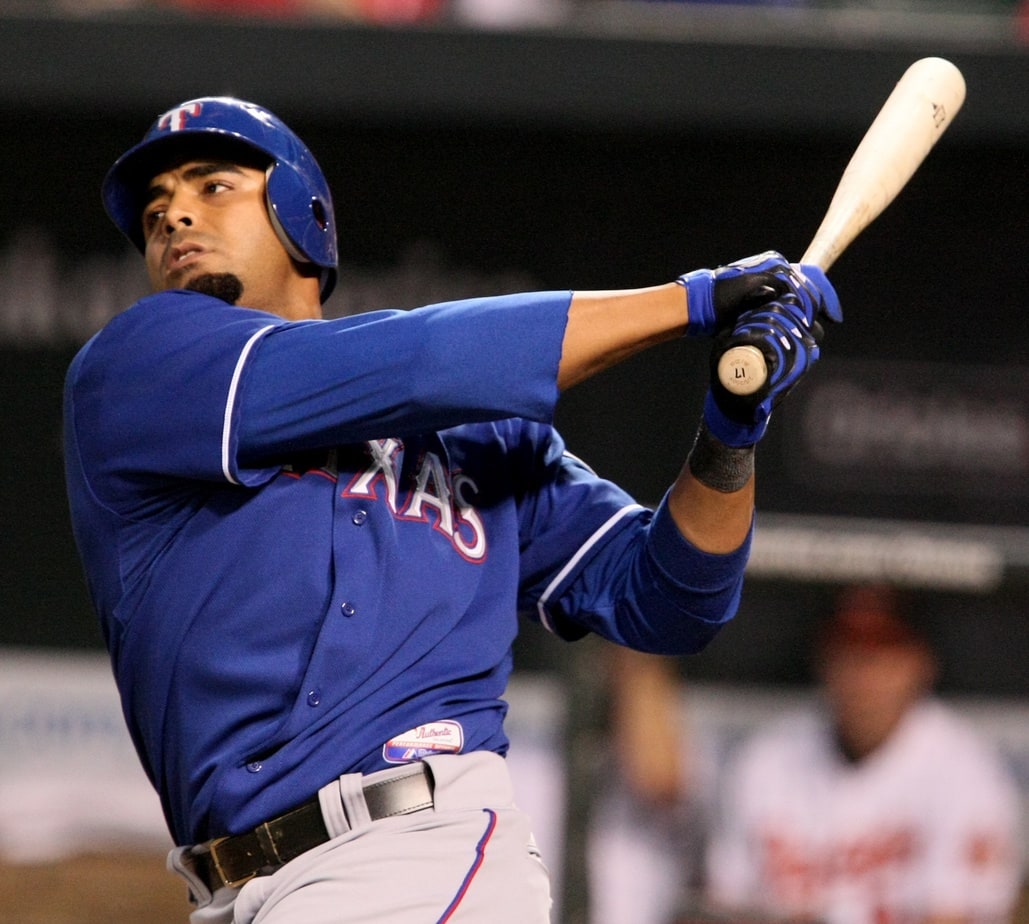 Like a few of the other players on this list, Nelson Cruz is a Dominican-born player who has been in the Major Leagues for a long time. Although Cruz is an excellent baseball player, as a kid, basketball was his passion, but he played many sports and ended up pursuing baseball. Cruz was signed as a non-drafted free agent by the New York Mets in 2000, but was traded to the Oakland Athletics.

After spending four years in Oakland’s minor leagues, Cruz made his MLB debut in 2005 with the Milwaukee Brewers. Following the 2020 World Series, Cruz became a free agent. However, in February 2021, just a few months before the new season, Cruz signed a 1-year, $13,000,000 contract to stay with Minnesota Twins.

Nelson Cruz was named the Most Valuable Player of the 2011 American League Championship Series, in which he hit six home runs and recorded 13 runs batted in, both MLB records for a single postseason series. 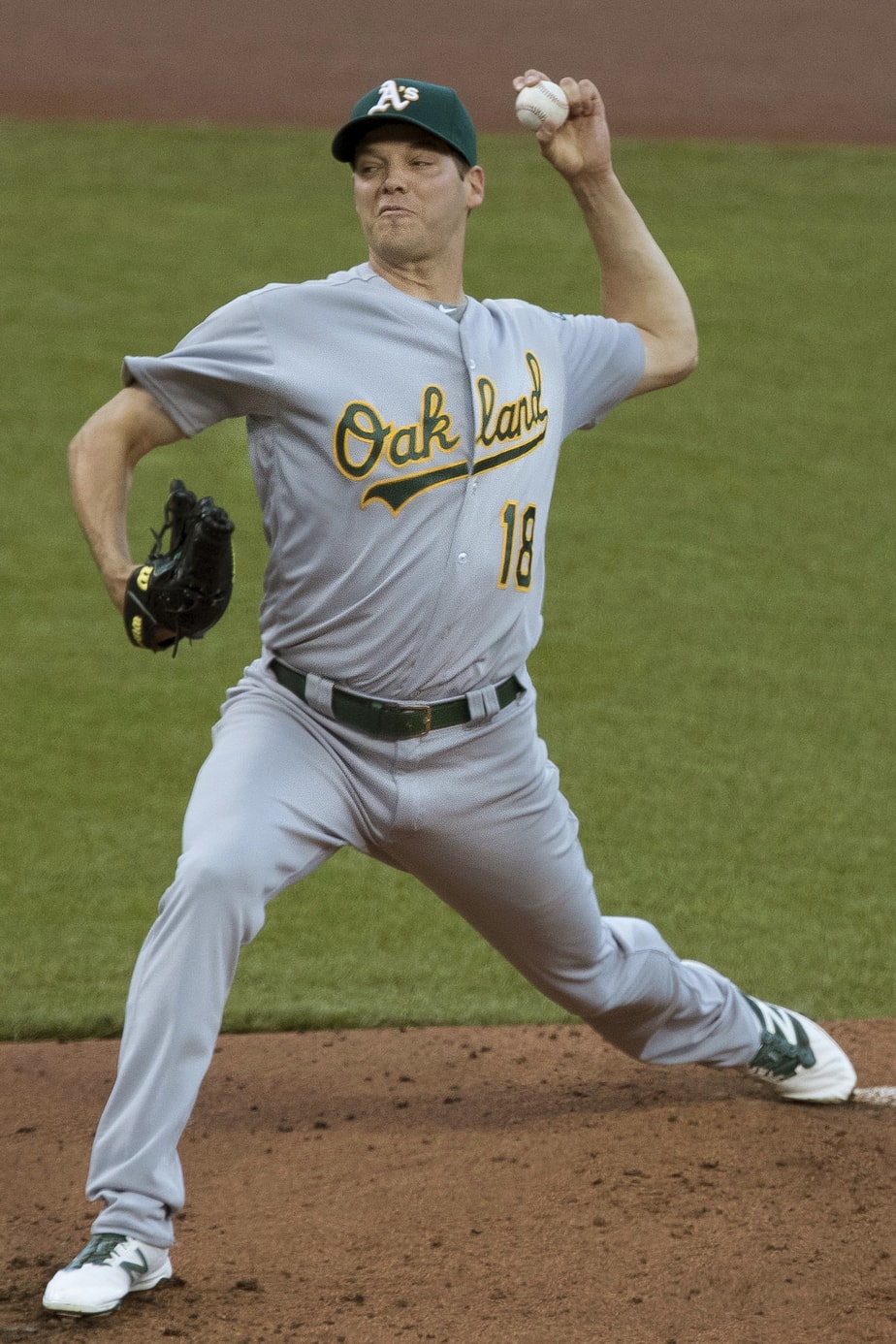 Rich Hill is another pitcher who has been playing the MLB for more than a decade. Like Albert Pujols, Hill recently turned 41. Because he kept deciding to stay in school and play for his college team, Hill was drafted three different times: in 1999, 2001, and finally in 2002. After playing in the minors for a few years, Hill played his first Major League game in 2005 with the Chicago Cubs. Since 2016, Hill has played for the Los Angeles Dodgers. However, in late 2019 Hill signed a one-year contract with the Minnesota Twins. 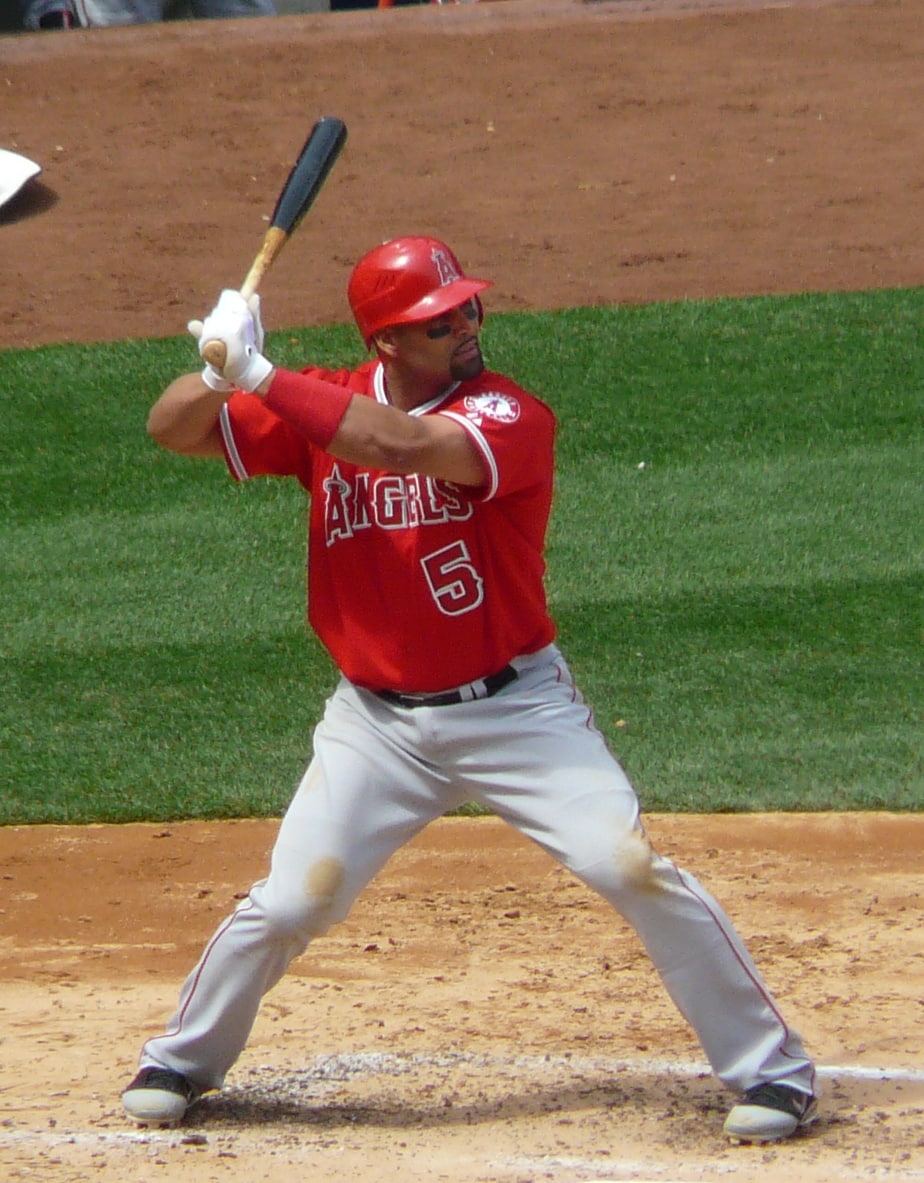 Albert Pujols, who turned 41 at the beginning of 2021, is currently the oldest active MLB player going into the new season. Pujols grew up playing baseball in his native Dominican Republic. He continued to play when he immigrated to the U.S. as a teenager.

Even as a teenager, Pujols was an exceptional player and did well during his minor league career. Pujols joined the MLB in 2001 when he was picked up by the St. Louis Cardinals. The only other team that Pujols has played for is the Los Angeles Angels of Anaheim, which he has been with since 2012.

Albert Pujols has set many MLB records, including the MLB all-time record for most times grounded into a double play (395) and he is now third on the all-time RBI list.

Posted by Shasha Neil 0
Hockey is such an exciting, fast-paced sport and has some of the most loyal fans. From pep bands playing loud…