Currently, the average age for U.S. governors is 65 years, 2 days. Every state has different age requirements for governors and while some states have an age minimum as low as 18 years old, no governor has ever been that young. In general, most states require governors to be at least 30 years old. A majority of the youngest governors are in their mid- to late-40s, with the last few people on this list being in their early 50s. Nearly all of the governors on this list have held other elected government positions and some of them have served as lieutenant governor of their states. 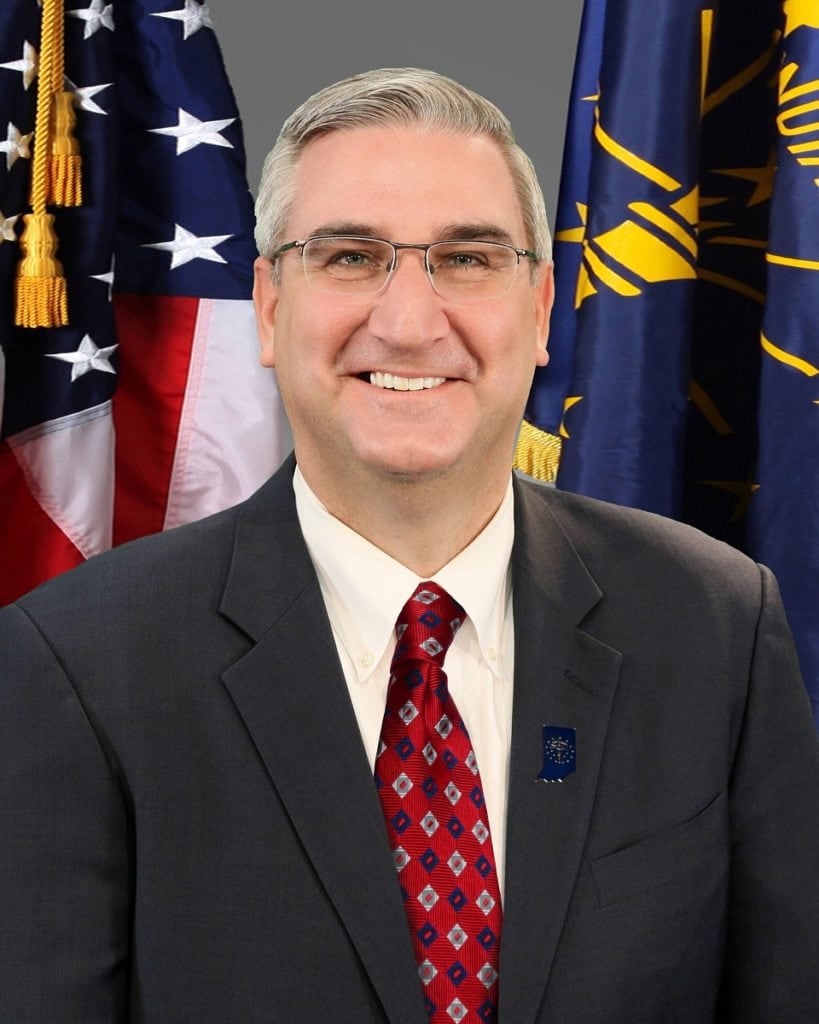 Eric Holcomb has been the 51st Governor of Indiana since 2017. Before winning the 2016 election to replace Mike Pence, who left the governorship to become vice president, Holcomb served as the 51st Lieutenant Governor of Indiana for about a year. While Holcomb did not hold a government position until he was selected as lieutenant governor, he has worked in politics since 1997.

Holcomb worked for John Hostettler, a member of the U.S. House of Representatives. From 2003 to 2011, Holcomb served as an advisor to Indiana Governor Mitch Daniels, eventually rising to the role of Deputy Chief of Staff. In 2011, Holcomb became the Chairman of the Indiana Republican Party. Holcomb resigned two years later to serve as the state chief of staff to U.S. Senator Dan Coats.

As a young man, Eric Holcomb served in the United States Navy for six years as an intelligence officer. 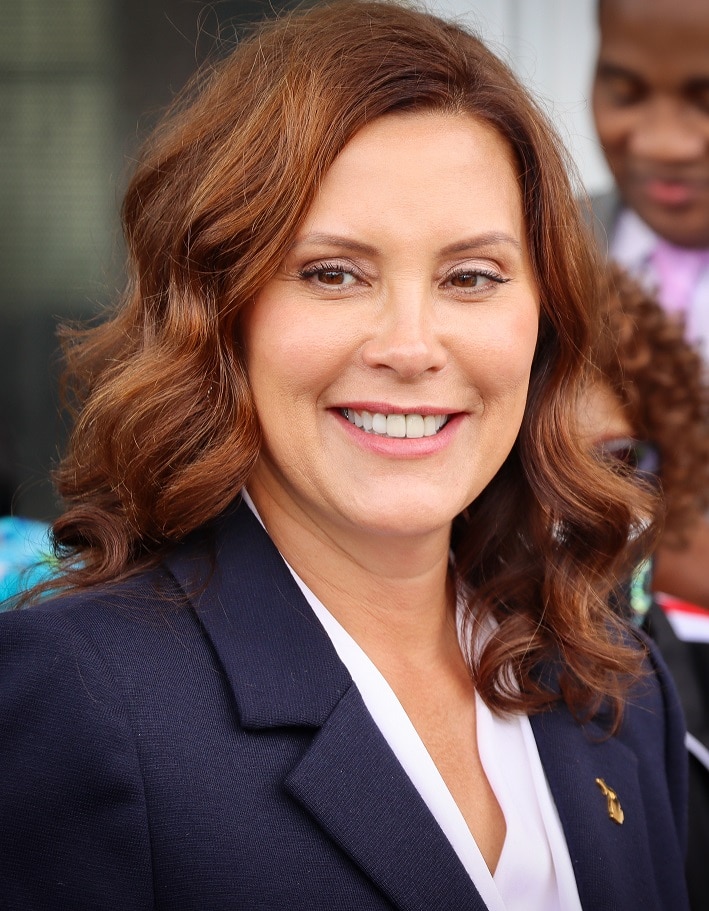 Gretchen Whitmer is currently serving as the 49th Governor of Michigan. Whitmer has been in politics since 2000 when she was elected to the Michigan House of Representatives. She was also a member of the Michigan Senate, where she served as Minority Leader of the Michigan Senate from 2011 to 2015. The following year, Whitmer became the Ingham County Prosecuting Attorney. Since the beginning of 2021, Whitmer has served as one of the vice chairs of the Democratic National Convention.

In 2020, Gretchen Whitmer gained national attention when the FBI thwarted a militia group’s kidnapping plot against her. The militia group also had intentions to violently overthrow Michigan’s government. 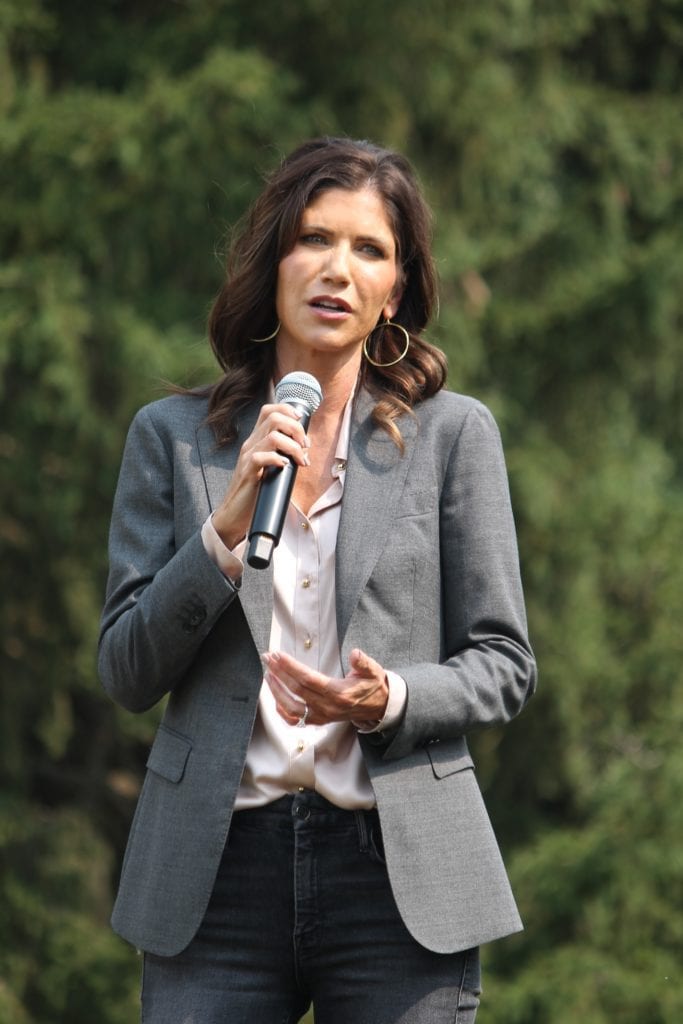 Since the COVID-19 pandemic began, Noem has been in the news for her refusal to follow the guidance of medical experts and enact any safety measures to protect the people of her state. Noem did not implement face mask mandates, raised doubts about the efficacy of mask-wearing, encouraged large gatherings without social distancing or mask-wearing, and questioned public health experts’ advice. However, recently, Noem has opposed bills prohibiting schools and workplaces from implementing vaccine mandates. She has even suggested that anti-vaccine workers find jobs elsewhere.

Kristi Noem is the first-ever female governor of South Dakota. 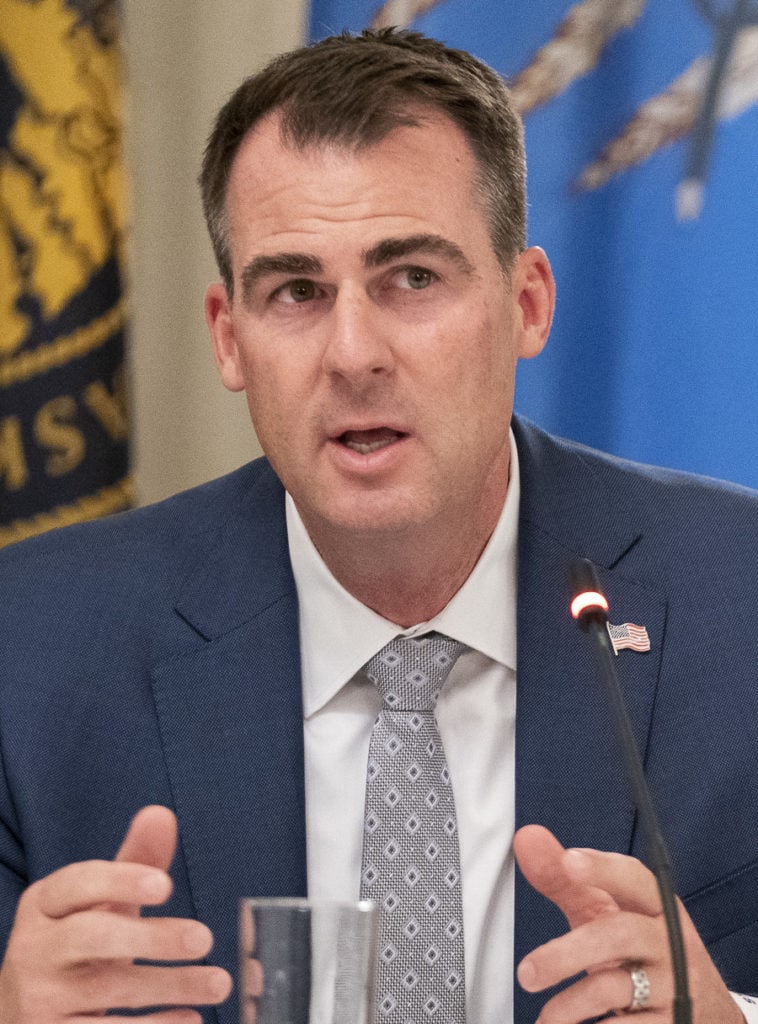 Kevin Stitt is the last sitting governor that is in their 40s and he is currently the seventh youngest U.S. governor. Stitts has been serving as the 28th Governor of Oklahoma since 2019. This is Stitt’s first time in politics and during the 2018 election, he faced a tough battle as a newcomer. There were nine other candidates in the primary election that year, but Stitt received crucial support from a trio of conservative leaders as U.S. Senator Ted Cruz, former U.S. Senators Rick Santorum, and Tom Coburn.

Before becoming governor, Stitt was the founder, chairman, and CEO of Gateway Mortgage Group. Prior to starting Gateway Mortgage in 2014, Stitt spent several years working in the financial services sector.

As a member of the Cherokee Nation, Kevin Stitt is the first tribally enrolled Native American to serve as governor of a U.S. state, and Oklahoma’s second governor of Native descent after Johnston Murray. 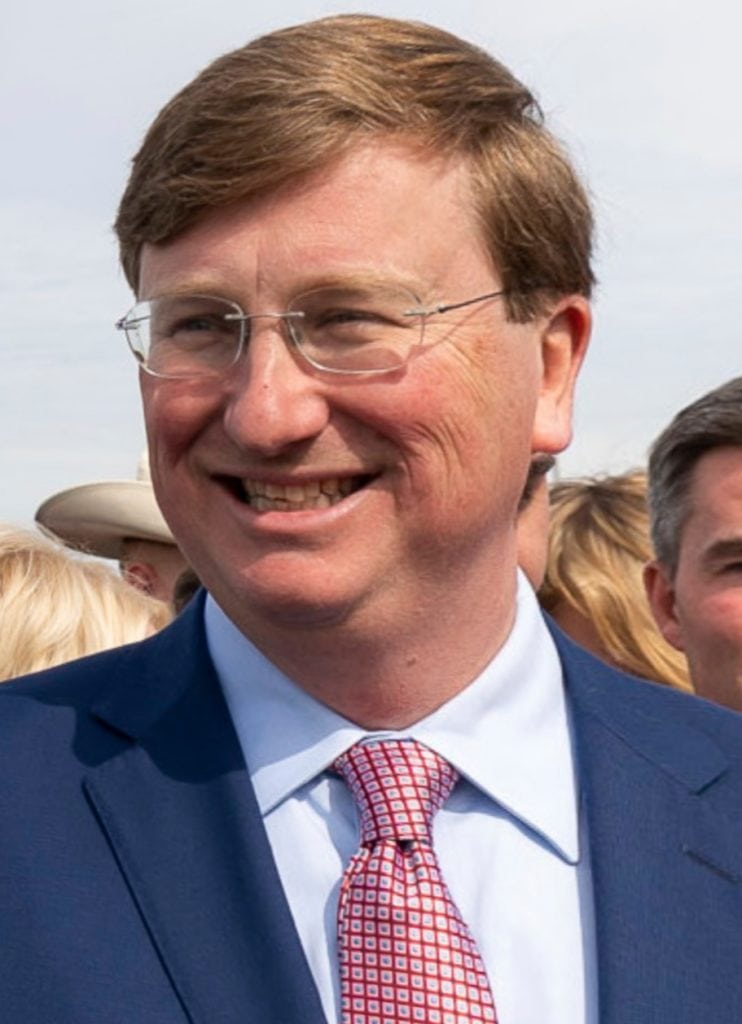 Reeves earned a degree in economics from Millsaps College. After graduating, Reeves became a Chartered Financial Analyst and worked at Park South Corporation, a subsidiary of the Deposit Guaranty National Bank. He then worked as a financial portfolio manager for Trustmark National Bank, before he resigned to run for treasurer.

In college, Tate Reeves was a member of the Kappa Alpha Order, a fraternity known for racist activities. Reeves was embroiled in in controversy in 2019, when yearbook photos surfaced showing fraternity members in blackface and Confederate uniforms, but it is unclear if Reeves personally appeared in any of the photos. 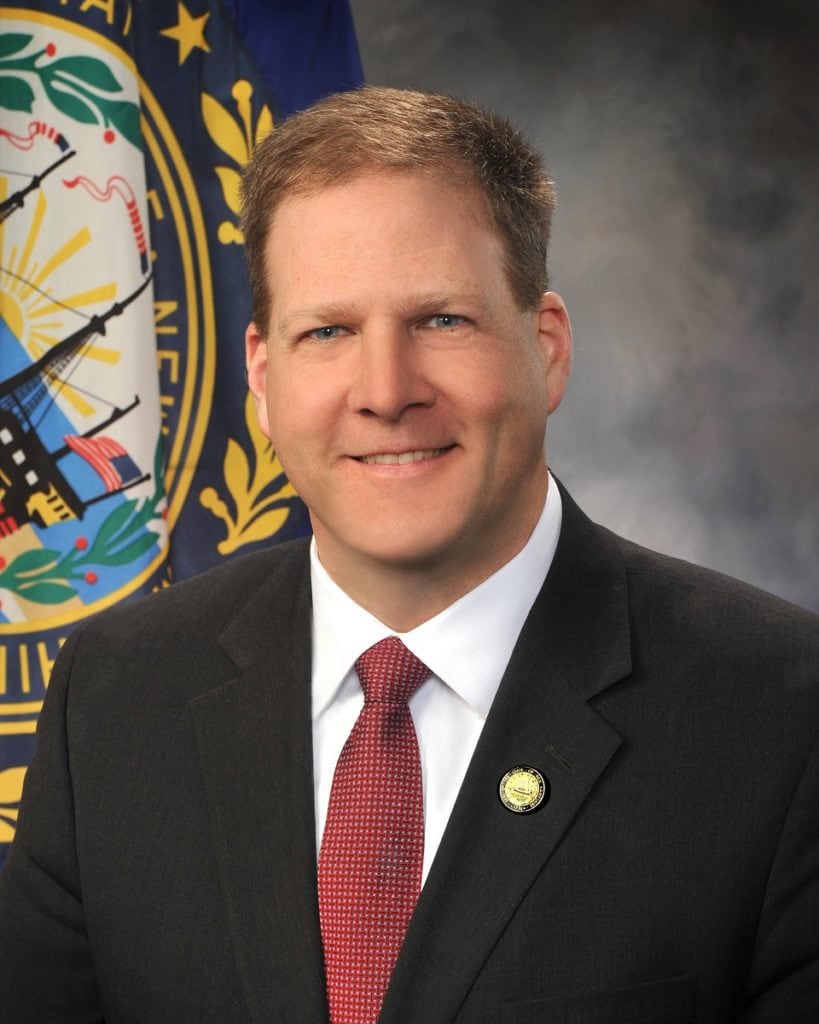 Chris Sununu has served as the 82nd Governor of New Hampshire since 2017 and his term is set to expire in 2023. Sununu entered politics in 2011 when he became a member of the New Hampshire Executive Council. Prior to this, Sununu was a the CEO of the Waterville Valley Resort in New Hampshire. Under his leadership, Sununu led an aggressive expansion effort of the ski resort in cooperation with the United States Forest Service.

In 1998, Sununu graduated from MIT with a a B.S. in civil/environmental engineering. Sununu then worked as an environmental engineer designing systems and solutions for cleaning up waste sites. From 2006 to 2010, Sununu was an owner and director of Sununu Enterprises, a family business and strategic consulting group in Exeter, New Hampshire.

Chris Sununu comes from a family of politicians; his father was the 75th Governor of New Hampshire as well as the 14th White House Chief of Staff and his brother, John E. Sununu, was a member of both houses of Congress. 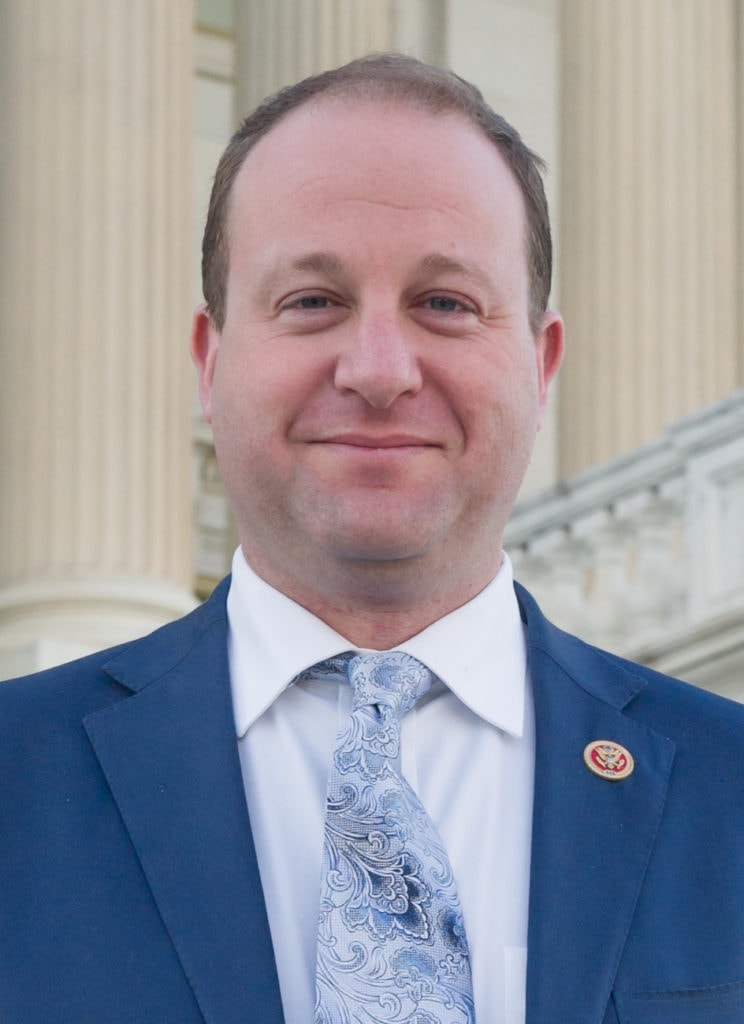 Jared Polis is the 43rd Governor of Colorado and was previously a member of Congress. Before the start of his governorship, Polis served five terms as the United States representative from Colorado’s 2nd congressional district from 2009 to 2019. Prior to his congressional career, Polis was a member of the Colorado State Board of Education from 2001 to 2007.

While he was a member of the House of Representatives, Jared Polis was the only Democratic member of the libertarian conservative Liberty Caucus, and was the third-wealthiest member of the United States Congress, with an estimated net worth of $122.6 million. 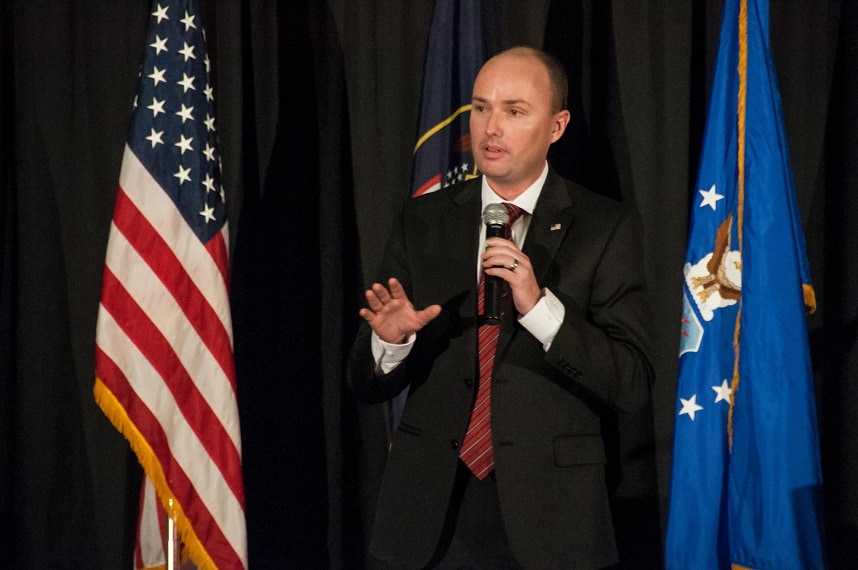 Spencer Cox is a new governor, who is currently serving as the 18th Governor of Utah. Prior to his election as governor in 2020, Cox served as the eighth Lieutenant Governor of Utah from 2013 to 2021. He was also briefly a member of the Utah House of Representatives before he was selected as lieutenant governor by then-Governor Gary Herbert.

Cox studied law and political science in college and after graduating, he clerked for Judge Ted Stewart of the U.S. District Court for the District of Utah. He started his political career in 2004, when he was elected as a city councilor of Fairview, Utah. The following year, Cox was elected Mayor of Fairview.

While attending Utah State University, Spencer Cox was was named Student of the Year and graduated with a 4.0 grade point average. 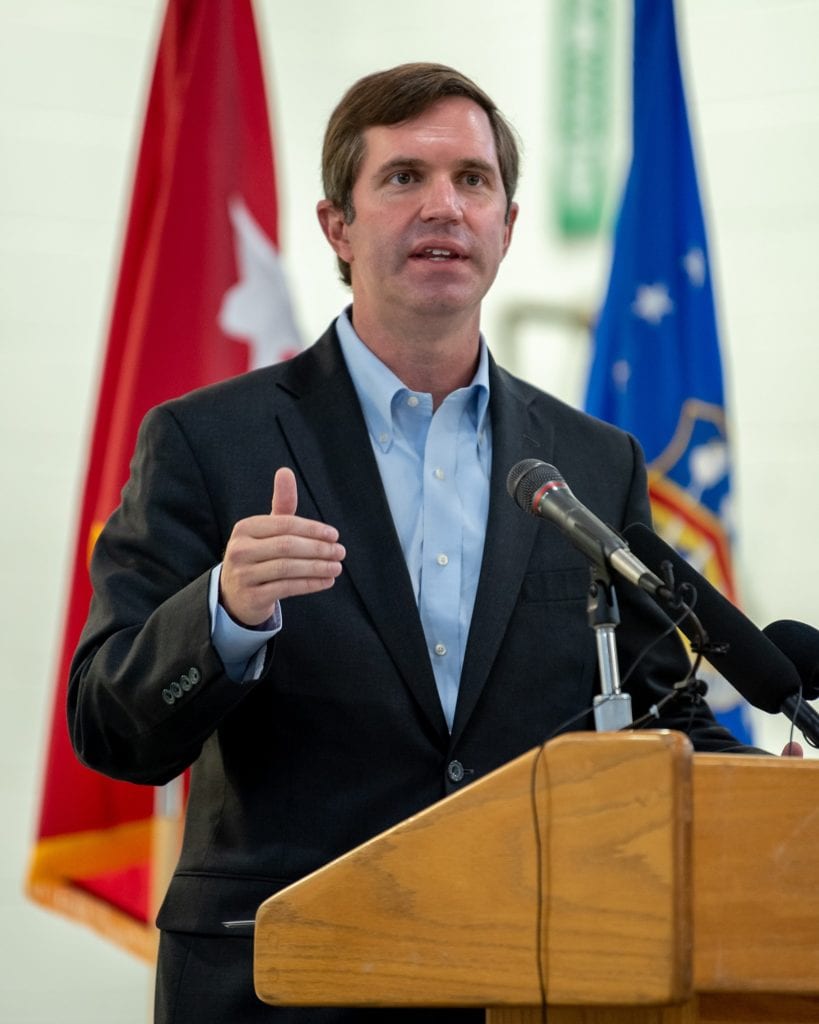 Andy Beshear is currently the 63rd Governor of Kentucky and despite representing an historically conservative state, Beshear is actually a Democrat. In fact, Beshear and Lieutenant Governor Jacqueline Coleman are the only Democratic statewide elected officials in Kentucky. Being a Democrat in an overwhelmingly Republican state has hampered Beshear’s time in office. His tenure has been marked by him vetoing bills of the Kentucky legislature, and the legislature in turn overriding his vetoes.

Before he was elected governor, Beshear served as the 50th Attorney General of Kentucky. As attorney general, Beshear sued then-Governor Matt Bevin several times over issues such as pensions. Fed up with Bevin’s performance, Beshear decided to run against him the 2019 election. Beshear won by a margin of 0.37%, which is the closest Kentucky gubernatorial election ever by percentage.

Andy Beshear is the son of the 61st Governor of Kentucky, Steve Beshear, who is also a member of the Democratic Party 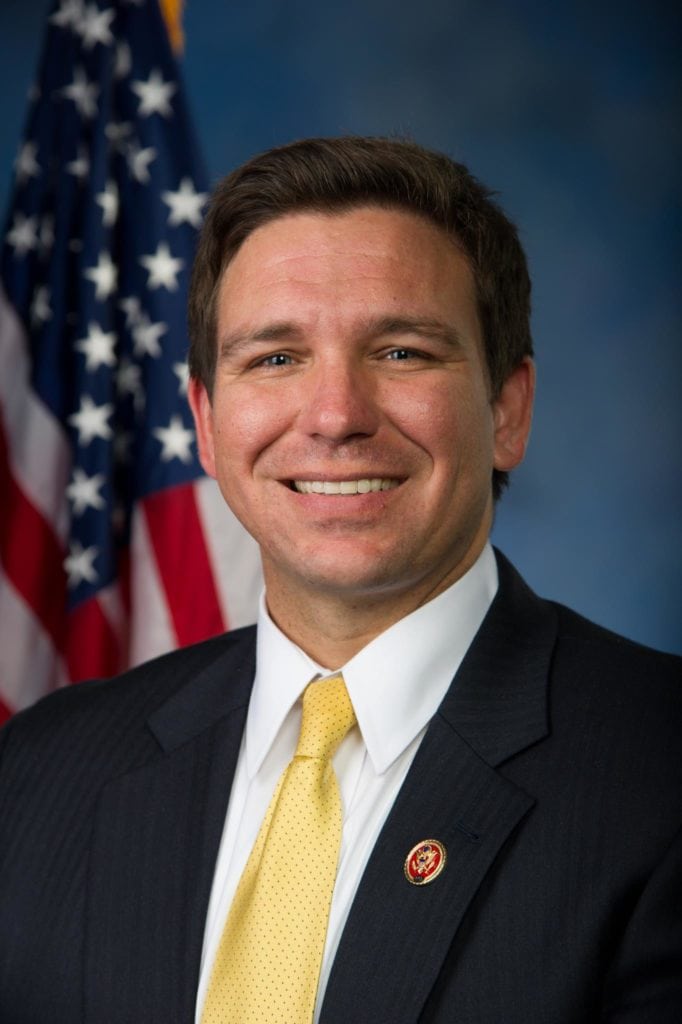 At the age of 43 years, 3 months, and 3 days, Ron DeSantis is currently the youngest sitting U.S. Governor. DeSantis is the 46th Governor of Florida and is a member of the Republican Party. He first entered politics in 2012 when he was elected to the U.S. House of Representatives. DeSantis was reelected to the House again in 2014 and 2016. In 2016, DeSantis briefly ran for the Senate, but withdrew when incumbent senator Marco Rubio sought reelection.

DeSantis is known for being a fierce ally and defender of President Donald Trump during his tenure as president. Additionally, since the start of the COVID-19 pandemic, DeSantis has often been in the news for refusing to impose restrictions such as face mask mandates, stay-at-home orders and vaccination requirements. Most recently, in May 2021, DeSantis signed into law a bill that prohibited businesses, schools, cruise ships and government entities from requiring proof of vaccination. He also banned schools from implementing mask mandates.

During Ron DeSantis’ military service, he  was awarded the Bronze Star Medal, the Navy and Marine Corps Commendation Medal, the Global War on Terrorism Service Medal, and the Iraq Campaign Medal. 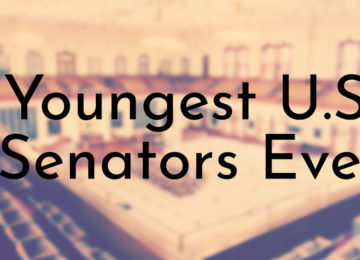 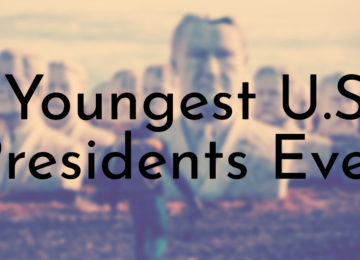 Posted by Victor Eaton 0
Historically, U.S. Governors tend to be quite old and most take office in their 40s or beyond. However, in the…