The history of mankind is filled with wars, battles, and skirmishes. So many wars have been fought in recorded history that it’s difficult to keep track of them all. Some of the world’s most famous wars are well-known for their strategy, casualties, or implications. Others are lesser known but no less important in the scope of human history.

There are many recorded wars in history, but some stand out from the rest. These 14 are among the oldest recorded wars in history and have survived through time as some of the most impactful battles ever fought. These are not only fascinating for their historical value but also for what they can teach us about mankind today, as we still struggle with similar issues and challenges that we faced as early as 3,000 years ago. 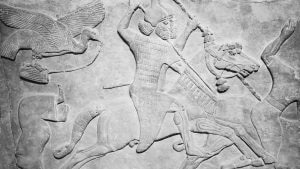 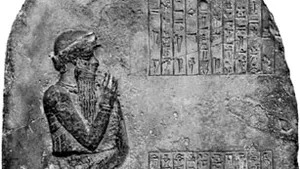 The Campaigns of Rim-Sin I were a series of military campaigns waged by the king of Larsa, Rim-Sin I, against the city-state of Eshnunna, located to the north of Larsa. The campaigns began around 1740 BCE and continued for almost two decades. They resulted in the conquest of Eshnunna by Larsa and the incorporation of that city-state into the Larsa Empire.

The campaigns were fought for a variety of reasons. Firstly, Larsa and Eshnunna had long been rivals, competing for dominance in the region. Secondly, Eshnunna had recently conquered the city-state of Isin, one of Larsa’s allies, and Rim-Sin I saw this as an opportunity to strike against his enemy while they were weakened.

12. Fall of the Neo-Sumerian Empire 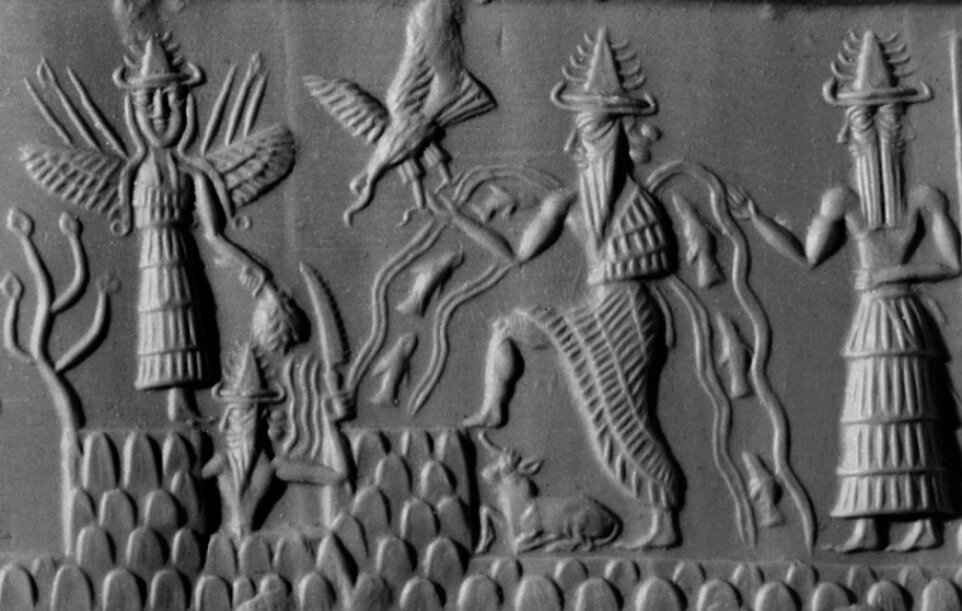 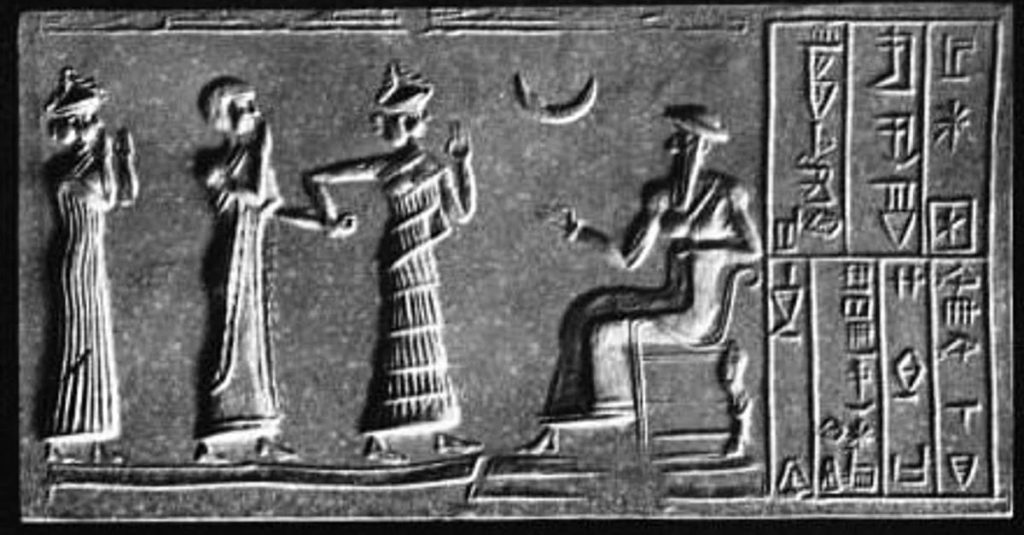 Ur-Nammu, the third king of the Sumerian city-state of Ur, conquered the city-state of Lagash around 2150 BCE. The conquest was part of a broader military campaign that saw Ur-Nammu’s forces take control of much of southern Mesopotamia.

10. Fall of the Gutian Dynasty 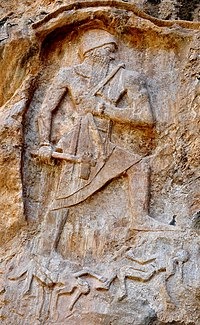 The Fall of the Gutian Dynasty was a period of great upheaval in the ancient Mesopotamian city-state of Sumer. It began with the overthrow of the Gutian king Tirigan by the Sumerian king Utu-hengal around 2119 BCE and ended with the defeat of the last Gutian king, Erridupizir, by the king of Akkad, Sargon of Akkad, in 2004 BCE.

The Gutian Dynasty was short-lived, but its impact was profound, as it ushered in a period of instability and chaos that would last for centuries.

9. Gutian’s Conquests in the Akkadian Empire 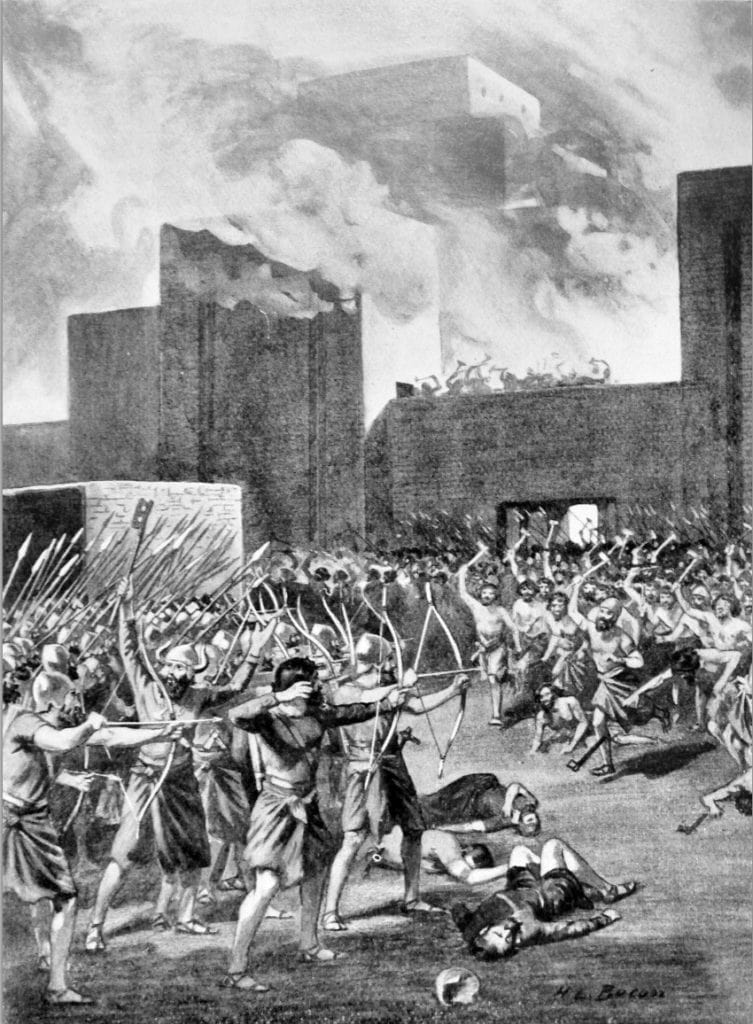 The Gutian people were a group of nomadic people who originated from the steppes of Central Asia. In the early 21st century BC, they began to migrate westward into the Akkadian Empire, which was then one of the most powerful empires in the world.

The Gutians quickly conquered the empire, toppling the Akkadian king, Naram-Sin and ruling in his place.

The Gutian period was a time of great turmoil and upheaval in the Akkadian Empire. The Gutians were very different from the Akkadians, and they imposed their own harsh and often brutal rule on the empire.

Many Akkadian cities were destroyed or abandoned during this time, and the once-great empire never fully recovered from the Gutian conquest. 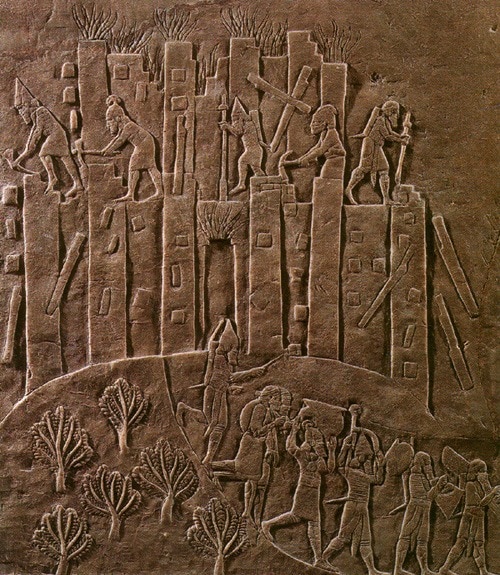 The Invasion of Elam was a military campaign that took place around 2270 BCE, during which the Neo-Assyrian Empire conquered the Kingdom of Elam, based in what is now southwestern Iran. The Assyrians had made several attempts to conquer Elam, but had always been unsuccessful.

However, in 1275 BC, the Assyrian king Shalmaneser I finally managed to defeat the Elamites in battle, and over the next few years he steadily conquered the rest of their territory. By 1250 BC, the Assyrians had completely conquered Elam and destroyed its capital, Susa.

The Elamites were then annexed into the Assyrian Empire and became part of the empire’s vast population.

7. Formation of the Akkadian Empire 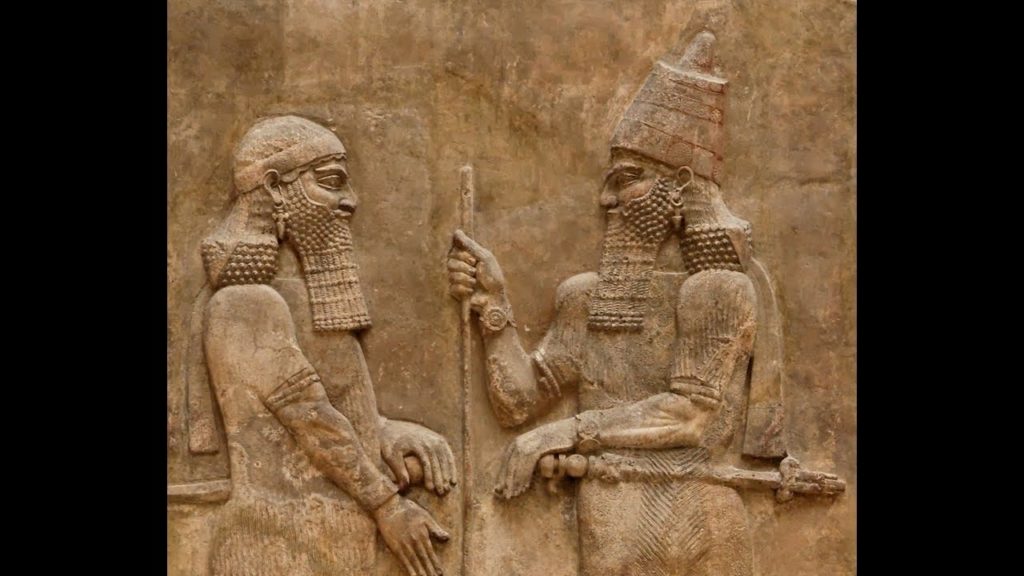 The Akkadian Empire was an ancient Mesopotamian empire centered in the city of Akkad and its surrounding region. It emerged as a political entity around 2334 BC, when King Sargon of Akkad united all the major city-states of southern Mesopotamia under his rule.

The Akkadian Empire reached its height under Sargon’s grandson, Naram-Sin, who conquered much of the surrounding region, including parts of the Levant and Elam.

The empire eventually collapsed due to economic decline and internal civil war, followed by attacks from barbarian groups in the west. 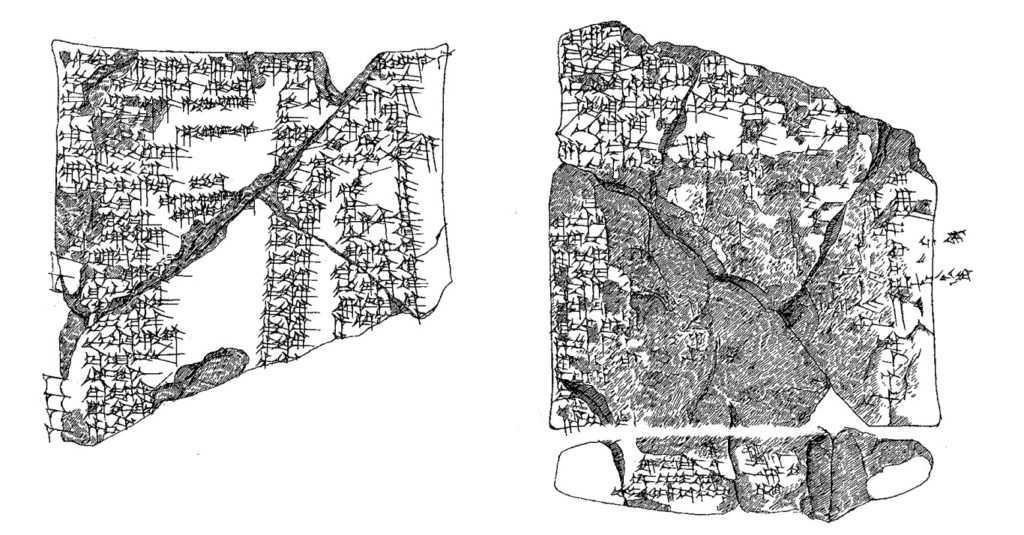 These campaigns were aimed at consolidating Ur’s control over Mesopotamia and expanding its sphere of influence. During this time, Ur became the most powerful state in the region, and its king was considered the “king of kings.”

These campaigns were directed against the city of Uruk, which was ruled by the rival King Enmebaragesi. After a long siege, Uruk was captured and its king was deposed. This victory gave Ur control over the important trade routes between Mesopotamia and the Persian Gulf.

The last campaign was against the city of Eshnunna, which was ruled by the king Ilu-Shuma. Eshnunna was captured, and Ilu-Shuma was deposed. This victory gave Lugal-Anne-Mundu control over the entire region of Mesopotamia. 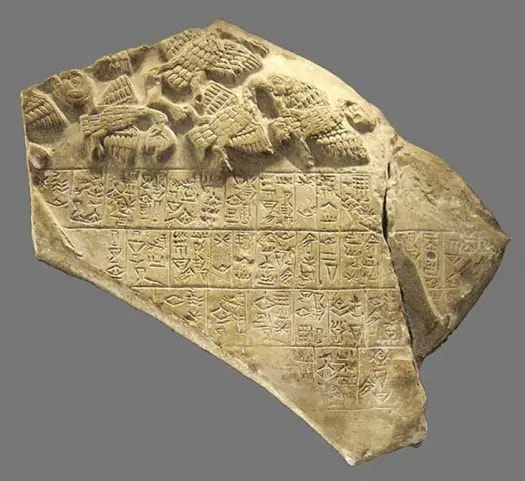 The Campaign Wars of Eannatum were a series of military campaigns waged by the king of Lagash, Eannatum, around 2500 BCE. These campaigns culminated in the defeat of the neighboring city-state of Umma and the establishment of Lagash as the dominant power in the region.

The exact course of the war is not known, but it is thought to have lasted for several years and involved a number of battles.

For centuries, the two city-states had been engaged in an intermittent conflict over control of the fertile plain of Gu-edina. In c. 2450 BCE, Eannatum of Lagash, who had only recently come to power, led his army against Umma in an attempt to finally resolve the issue.

The campaign was a resounding success, and Eannatum’s army captured the city of Umma after a long siege. 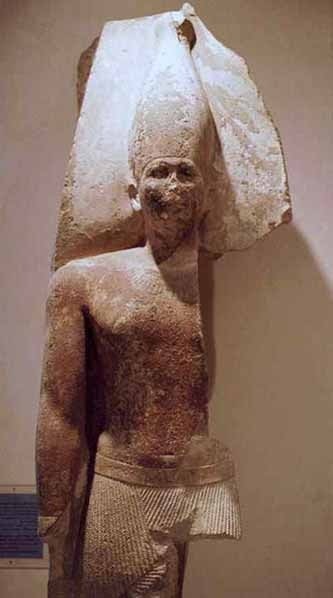 Sneferu’s campaign was a time of great change and upheaval in ancient Egypt. Sneferu, the founder of the Fourth Dynasty, embarked on a massive building program that saw the construction of some of the most iconic structures in Egyptian history, including the Great Pyramid of Giza.

This period was also marked by a number of military campaigns, as Sneferu sought to consolidate his power and extend Egyptian control over neighboring lands.

These campaigns were largely successful and resulted in the annexation of a number of territories, including Nubia and parts of the Levant. 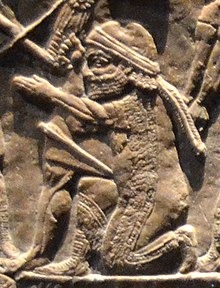 The Kish-Elam War was a conflict between the kingdoms of Elam and Kish. The precise dates of the war are unknown, but it is thought to have occurred sometime between 1900 and 1600 BCE. The war was fought over control of the city of Susa, which was located in Elam and had significant strategic and economic importance.

During the course of the war, Kish was able to maintain control of Susa and defeat Elam. The details of the war are not well known, but it is thought that the Kishites used superior military tactics and were better prepared than the Elamites.

This victory allowed the Kishites to become a dominant power in the region and establish themselves as a major kingdom. 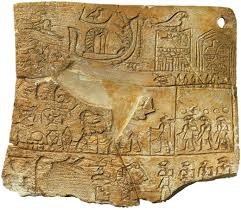 Hor-Aha’s Nubia Campaign was a series of battles fought between the forces of the Egyptian pharaoh Hor-Aha and the kingdom of Kush. Hor-Aha led his army south into Nubia in an attempt to subdue the kingdom. The Kushites, led by their king Kashta, put up a fierce resistance, but eventually Hor-Aha’s forces prevailed.

The Kushites were driven out of their capital at Napata, and Kush was annexed by Egypt.

The Nubia Campaign was a major victory for the Egyptians and helped to solidify their control over the region. It also marked the beginning of the Egyptian occupation of Kush, which would last for centuries.

1. Battle of the Unification of Upper and Lower Egypt 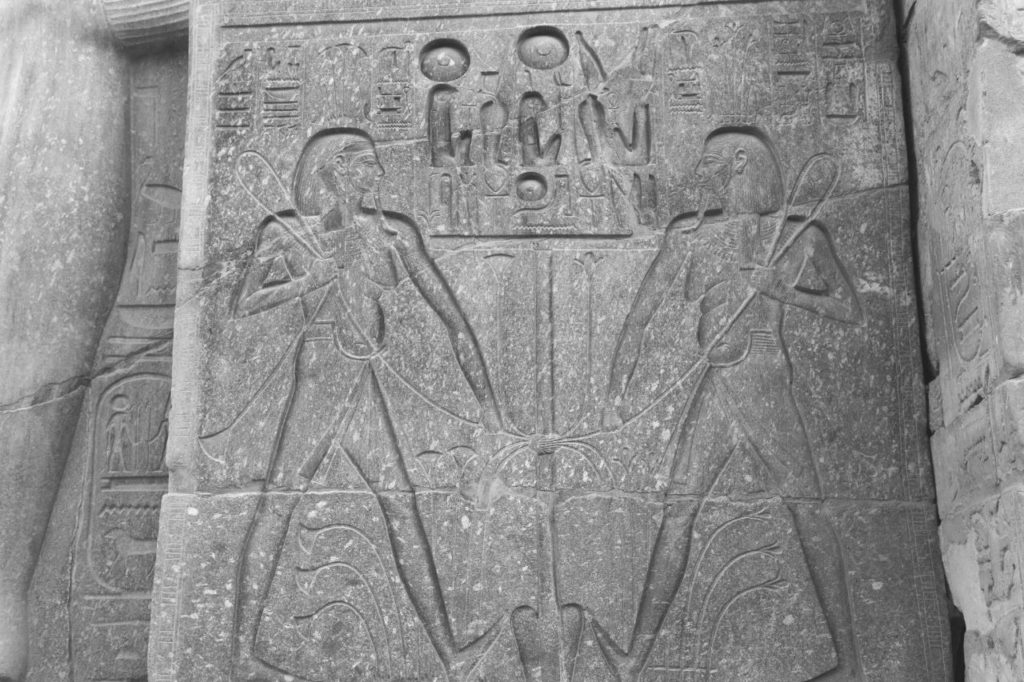 The Battle of Unification of Upper and Lower Egypt was a turning point in Egyptian history and is considered the oldest recorded war in human history.

Intef II was killed in the battle, and his son, Intef III, was captured. He was later executed by Mentuhotep II. The Battle of Unification ushered in a new era of Egyptian history, one that would see the rise of the Middle Kingdom.