The Wayans Family, one of the most famous Afro-American families, is a big name when it comes to American show business. Together, the siblings have managed to build a comedic empire, and have revolutionized the world of entertainment as we know it.

The family of ten siblings, five brothers and five sisters, was born to Elvira Wayans – a homemaker and social worker – and Howell Wayans, a supermarket manager. They were raised in the neighborhood of Chelsea in New York City.

The Wayans family is known for producing and acting in productions such as the Scary Movie film series, The Wayans Bros., In Living Color, White Chicks, My Wife and Kids, and Little Man, to name just a few.

Let’s explore each of the Wayans family members in more detail!

Dwayne Wayans is the eldest of all the Wayans siblings. He was born on 20th July, 1956 and, like other Wayans, was heavily involved in show business for a long time. However, Dwayne Wayans didn’t seem to enjoy the on-screen attention as much as his siblings did.

Dwayne is now a retired composer. He has been the record composer of many Hollywood projects over the years. Included in some of his biggest hits were the soundtracks for Dance Flick and Little Man.

Dwayne’s son is also a film soundtrack composer, and he has famously composed the soundtracks for My Wife and Kids and Underground.

Dwayne previously worked as a production assistant, and frequently played background characters on his brothers’ shows. 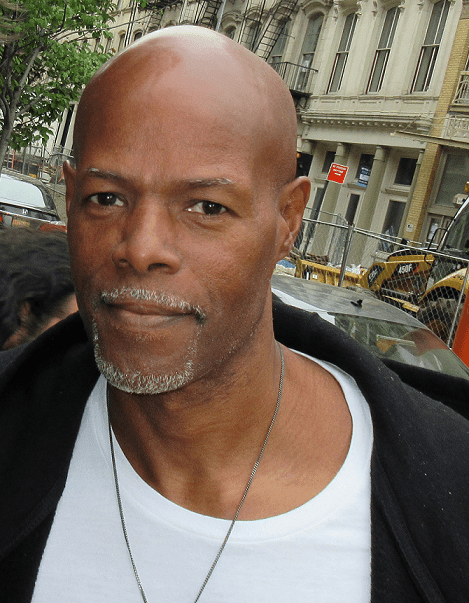 Born on the 8th of June 1958, Keenen Ivory Wayans is the second eldest of the Wayans. He is an actor, comedian, and filmmaker.

The Fox sketch comedy series, In Living Colors, was Keenen’s cue to prominence – he wrote the show and also starred in it. The hit series collected many awards over the years, including the prestigious Emmy award in 1990.

Apart from his solo projects, Keenen Ivory Wayans has also worked with his siblings on numerous projects.

Diedre Wayans is a famous scriptwriter in the United States. She was born on 17th August, 1959.

Although the Wayans are famous for being onscreen throughout America, Diedre Wayans –unlike her other siblings – does not have as much of a screen presence as a behind-the-screen presence. She has made a reputation by writing and co-writing scripts for many famous projects.

Diedre Wayans is a film producer as well as a screenwriter, and she has worked on many Hollywood projects with her siblings. She has seven children, including the famous actor, writer, and producer Craig Wayans.

Diedre Wayans’ son, Craig Wayans, worked as a production assistant on the hit movie, Major Payne. He was also involved in the script writing process for Scary Movie 2! 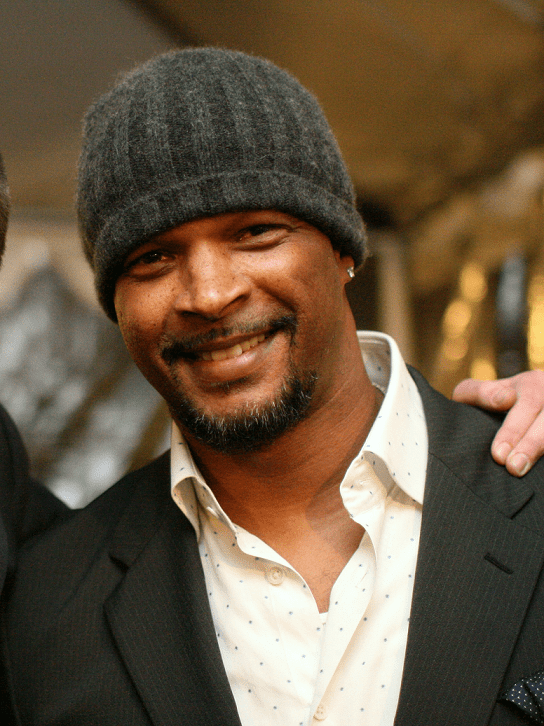 Damon Wayans was born on 4th September, 1960, and is the fourth-oldest Wayans sibling. Like his siblings, he is also affiliated with many Hollywood projects in both acting and writing capacities.

Damon is primarily a standup comedian and an actor. Some of his famous TV appearances include his role in Fox’s comedy sketch, In Living Color, as well as Beverly Hills Cops and My Wife and Kids. He has also appeared on the famous comedy show, Saturday Night Live. 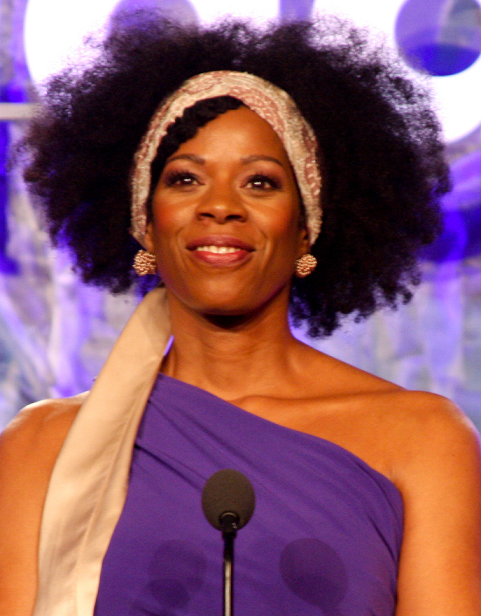 Kim Wayans, also known as Kimberly Nichole Wayans, was born on 16th October, 1961. As you might have guessed, she was also involved in a lot of on-screen projects as an actress. She is the matriarch of the Wayans family.

Kim’s best on-screen appearances to date are her frequent appearances on Fox’s comedy sketch, In Living Color. She has also starred in many other projects, including the sitcom, The House.

Some of Kim’s famous movie projects include I’m Gonna Git You Sucka and Don’t Be a Menace to South Central While Drinking Your Juice in the Hood.

Elvira Wayans was born in 1964. She has worked as a screenwriter on many solo projects, as well as projects with her siblings. Elvira Wayans is the only Wayans sibling who was named after one of their parents.

Elvira was heavily involved in the writing process of the sitcom, My Wife and Kids – a project spearheaded by her brother, Damon Wayans.

Although Elvira Wayans is now somewhat active on different social media platforms, she has kept much of her life private, unlike her siblings. This is the reason why there is not much information about her personal or married life on the internet, other than the fact that she has two children.

Elvira Wayans has a YouTube channel called “Elvers Kitchen.” It is a cooking channel where she posts most of her personal recipes, such as recipes she inherited from her mother.

Nadia Wayans is the third daughter in the Wayans family. Although much of her family is associated with show business, Nadia Wayans has led a somewhat private life, and has not appeared in the limelight as much as her siblings.

Her IMDb page gives a brief description of her one and only role in the movie, I’m Gonna Git You Sucka. The movie was Kim Wayans’ project, and Nadia starred in this movie along with her sibling, Marlon Wayans.

Nadia Wayans has a net worth of just over $1 million.

While not as heavily associated with show business, Nadia Wayans frequently appears on the red carpet with her siblings.

Similar to her sister Nadia, Devonne – also known as “Vonnie” Wayans – has led a private life. Therefore, not much is known about her. What we do know is that she has worked as a screenwriter on many of her siblings’ projects. She currently works for Continental Airlines, Inc.

Vonnie, like her other siblings, graduated from Louis D. Brandeis High School. As per some records, her net worth is an estimated $100,000.

Since Vonnie Wayans has kept much of her life private, one of the few personal facts available about her is that she has a daughter named Lauren. 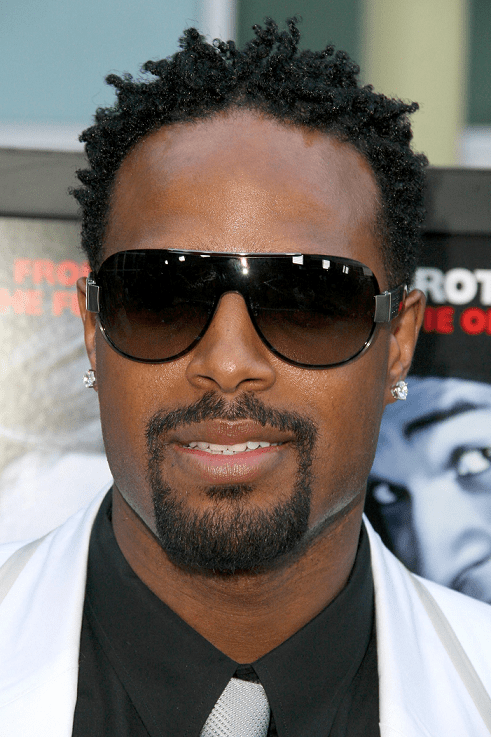 Shawn Wayans is the second youngest of the Wayans siblings. He was born on 19th January, 1971.

Shawn Wayans lives a much more public life than sisters Vonnie or Nadia Wayans. He has made frequent appearances on TV shows and movies. One of his early TV appearances is his role as the DJ on Fox’s comedy sketch, In Living Color.

Shawn Wayans has worked on numerous projects with his siblings. He famously co-created and co-starred in the show, The Wayans Bros, along with his younger brother, Marlon Wayans. Another one of his famous appearances includes his part in the Scary Movie series. The film was an absolute hit, and also the turning point in Shawn Wayans’ career.

Other than the Scary Movie series, Shawn has worked on other projects, including the hit movie, White Chicks.

Shawn Wayans is one of the wealthiest Wayans siblings, with a net worth of just over $30 million. 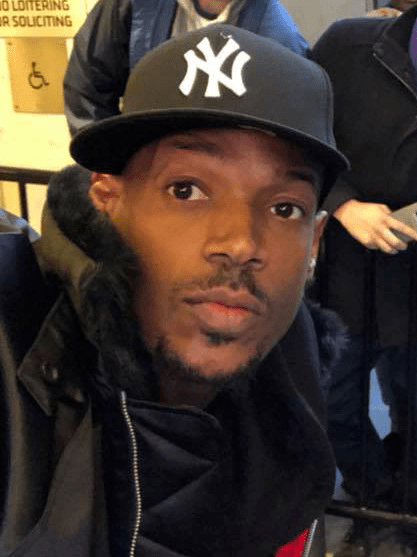 Marlon Wayans is the youngest of the Wayans siblings.

Marlon Wayans has been active in show business for years. He has dabbled in acting, comedy, and screenwriting.

One of his first roles was the part of a pedestrian in his sister’s project, I’m Gonna Git You Sucka. However, his more notable roles have been in the Scary Movie series and the hit film, White Chicks, with his elder brother Shawn Wayans. He also appeared on the WB show – called the Wayans Bros – with Shawn Wayans.

Some of his other projects include Dance Flick, Little Man, Sextuplets, Naked, and Fifty Shades of Black.

Marlon Wayans has a net worth of around $40 million. Marlon was also close friends with the famous rapper, Tupac Shakur, until his death in 1996. 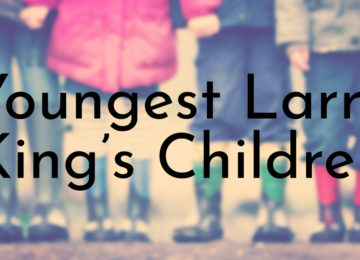 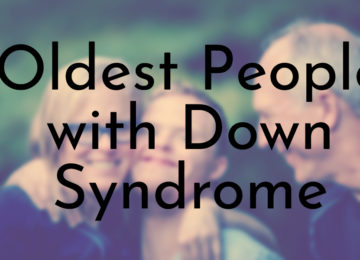 8 Oldest People with Down Syndrome

Posted by Shasha Neil 0
At its core, Down Syndrome is a chromosomal disorder. Affecting about 1 in 700 babies in the United States (or… 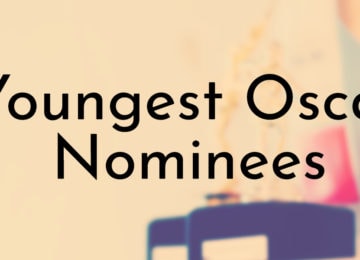