When we think of serial killers, the first images that might’ve flooded your mind, rotating like a stereoscope, were visions of the famous, grizzly, notorious murderers that permeated news and pop culture. The Bundy’s, Dahmer’s, Zodiac Killers, and the like. They were far from scenes of the stereotypical, upwards gazing killer with a furrowed brow, and a maniacal smirk. In the 70s and 80s, it infected every aspect of both the city and quiet, old suburbia, leaving everyone scared to stay out past dusk.

More often than not, the reality is stranger than fiction. In the movies, they’re easy to spot. But how often do we ask ourselves if they could be the ones we didn’t expect? Children are supposed to be innocent, pure, and playful. But nature has a way of producing anomalies where there are norms.

That’s why today we’re going to take a look at some of the youngest killers ever. The kinds of killers that made us question what we thought we knew about the nature of psychopathy. 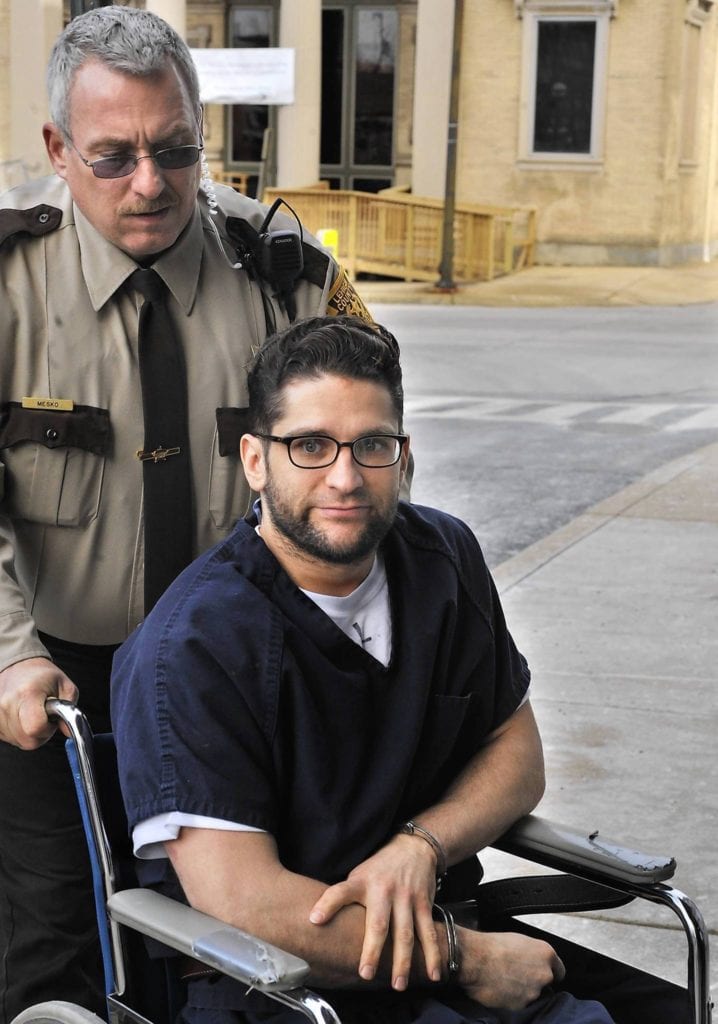 Harvey Miguel Robinson was 17 years old when he first raped and then took the lives of three women in Allentown, PA. Robinson was caught by police who were in search of one a woman who had gone missing whom he had in his car at the time of the stop. He intended to take her back home to kill her.

In 2006, he was sentenced to death despite his efforts to have the sentence eased on the grounds he was a juvenile when he committed his heinous acts. The motion was denied and he’s currently awaiting execution.

Robinson’s father was an emotionally and physically abusive alcoholic who had a history of assault. He, like his son, ended up incarcerated for beating his mistress to death. A common thread we see among many killers is that they tend to come from abusive households. Whether or not we can fully attribute a person’s urge to kill toward genetics is still up for debate but it’s widely accepted that a difficult upbringing doesn’t help and only serves to enable violent action later in life. 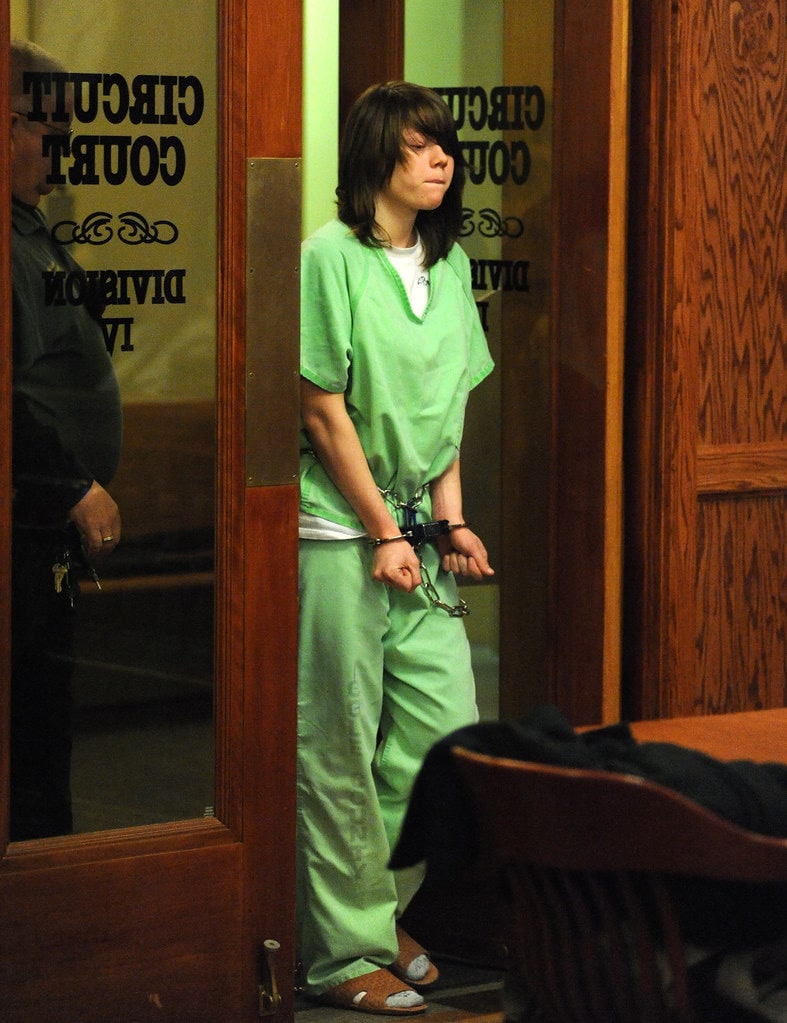 Alyssa Bustamante was just 15 years old when she murdered her 9-year-old neighbor because she thought it would be “ahmazing” to try and a fun thrill. Though she was her only victim, it was uncovered that she had dug up multiple graves which police suspected were for her younger brothers.

During trial, she showed little remorse for her actions. She pleaded guilty to second- degree murder. She is currently serving a life sentence with the possibility of parole.

Elizabeth’s mother, Patty Preiss, had understandably disowned her daughter after the killing and called her “an evil monster.” This murder in particular gained a lot of notoriety because she took the time to document in her diary her emotions prior to and after her killing, describing it as “…pretty enjoyable.” 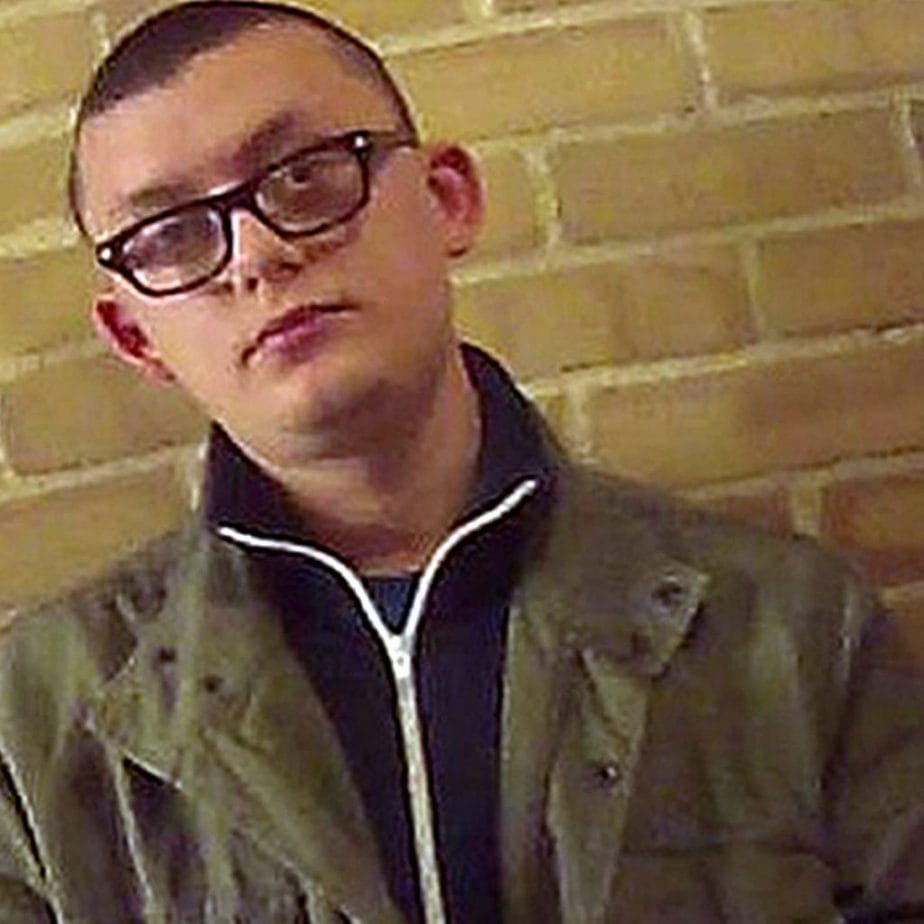 James Fairweather had fantasies of becoming a murderer. Even teachers who knew of his ideation didn’t believe him until he murdered a 33-year-old man with brain damage due to a car accident. The killing took place in Colchester, Essex.

Only three months later, he acted again and murdered a 31-year-old Saudi student of the University of Essex. Thankfully, he was apprehended while planning the third murder. He’s sentenced to life imprisonment with a term of 27 years at the minimum.

The murders became the subject of an episode on the CBS reality series, “Teens Who Kill.” 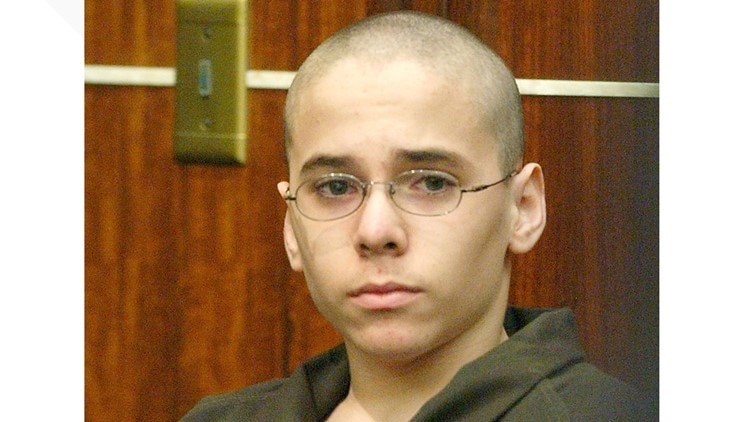 Michael Hernandez was 14 years old when he was convicted for the murder of his best friend, Jaime Gough, in 2004. The details that led up to the murder are tragic as are all others on this list. He planned to murder two of his friends in the school bathroom under the pretense he wanted to show them something. Martin didn’t oblige while Gough was led inside the bathroom and murdered.

He was caught later that day when the body was found in the bathroom. Bloodstains were also on Michael’s clothing.

Michael died in prison at 31 years old. The exact details surrounding his death aren’t clear but natural causes due to heart complications played a role. The other student, Martin, who decided to not follow Michael into the bathroom is a police detective. He offered his condolences to the Gough family when learning of Hernandez’s death. 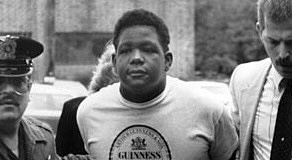 Craig Price was between the ages of 13 and 15 when he took the lives of four innocent victims. Since Craig committed his crimes as a juvenile, under the law he would be released at 21 and his records would be sealed. However, his case became the catalyst that led to changes in Rhode Island state law that allowed juveniles to be tried as adults for serious crimes.

Though the new laws couldn’t be applied retroactively to him, thanks to violent crimes he committed while behind bars added additional 10-25 years. He is still incarcerated.

Price was sentenced to another 25 years in prison for the stabbing of fellow inmate, Joshua Davis. 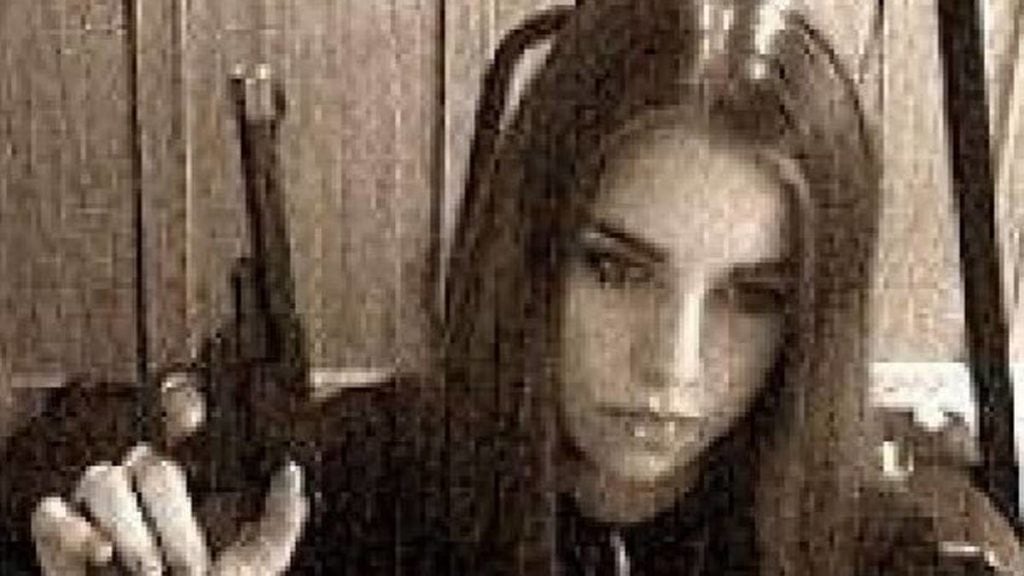 Jasmine Richardson was only 12 years old when she killed both her parents and 8-year-old brother. Her parents disapproved of her relationship with 23-year-old Jeremy Steinke, who claimed to be a 300-year-old werewolf. He was held responsible for brainwashing her to commit the heinous crimes.

The murders made her one of the youngest serial killers in Canada. Several years later and she’s now been referred to as a poster child for rehabilitation. In May of 2016, her sentence was completed and she was released with no court restrictions. Therapists believe she is genuine when she says she expresses remorse for her actions.

Kacy Lancaster was a friend of the couple who was charged as an accessory to murder. The charges were eventually dropped but she did plead guilty to obstruction and received one year of house arrest. 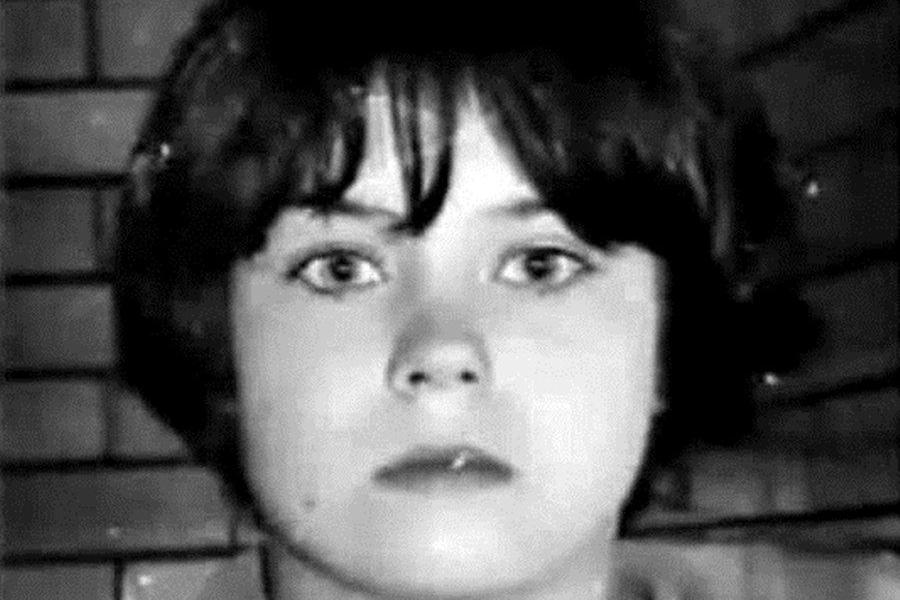 Mary Bell is considered one of the most infamous killers in United Kingdom history. She was dubbed, “The Tyneside Strangler” based on her strangulation method of killing.

Psychiatrists studying her case discovered that she was victim to extensive physical and sexual abuse from an early age and deemed mentally incapable of standing trial. She went under intense rehabilitation. A decade later she was released and had a daughter.

Mary is now living her life in anonymity with her daughter and her current location is unknown. It’s rumored that she went back to Tyneside to live there briefly again. She’s also stated that the abuse she suffered as a kid is not an excuse for her crimes. 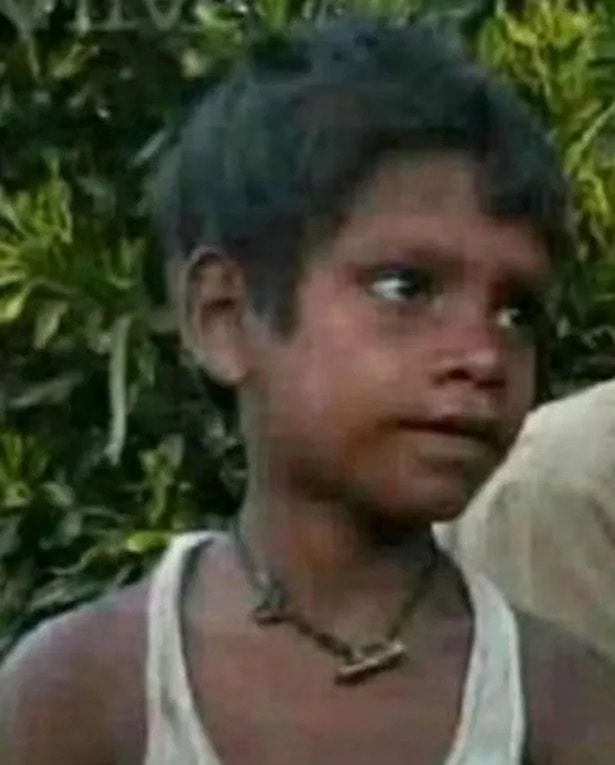 Amardeep Sada is the youngest serial killer to date.

Because of his small and frail stature, Sada made sure to murder those under a year old. After the murder of his 8-month-old sister and 6-month-old cousin, he was only caught when he killed the neighbor’s 6-month-old.

Amardeep, true to the personality traits of most serial killers, showed no remorse for his wrongdoings and didn’t comprehend the gravity of what he had done. He was sent to a children’s home until he turned 18. Since then, no one knows what’s come of him.

A psychoanalyst, Shamshad Hussain, diagnosed the boy as a sadist. In other words, a person who derives pleasure from seeing others in physical pain.

Posted by Lauren Johnson 0
Spread the loveWhat makes a marriage last? It’s safe to say there’s not one formula to a lifetime of love,…

Posted by Lauren Johnson 0
Spread the loveMarvel’s “Thor” comics and films have somewhat familiarized the general public with old Norse names and figures. However,…

Posted by Shasha Neil 0
Spread the loveAccording to the Association of American Medical Colleges, the average age of students entering medical school is about…