Progeria is one of the rarest diseases in the world, affecting less than 400 children worldwide. It is also one of the most fatal illnesses as progeria causes rapid aging and most children with progeria die at the age of 14. While this statistic may seem grim, the good news is that research into progeria has come a long way in recent years and there are even clinical trials for drugs that can prolong the lives of people suffering with progeria.

Every person on this list survived (or is still surviving) until adulthood, far surpassing the average life expectancy of those with progeria. Nearly all of them are progeria advocates and all of their stories have been widely featured across various news channels.

As of January 2020, the information on this list is as accurate as possible. 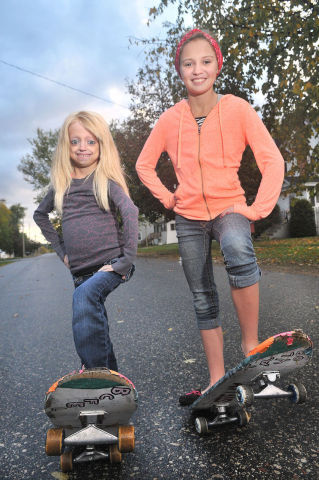 In 2005, when Megan Nighbor was just five years old, she became the face of progeria after her family was appointed as The Progeria Research Foundation’s first ambassador family. The Nighbors held this position until 2010 and were some of the first people to really raise awareness of progeria.

Nighbor is currently 19 years old and living life like a normal teenager. Thanks to Nighbor and her family, progeria research and funding has come a long way.

When Megan Nighbor was 13 years old she was featured in the HBO documentary, Life According to Sam, which discussed progeria and how it affected titular subject Sam Berns, who passed away at the age of 17. 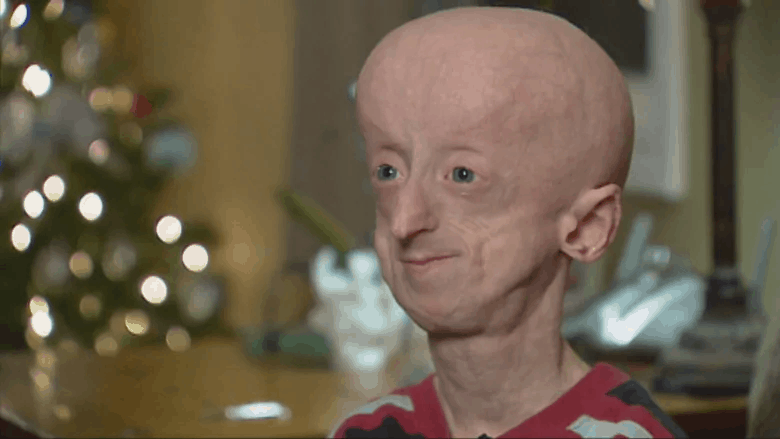 At the time of his death in 2017, Devin Scullion had been one of the longest surviving people with progeria. Scullion was 20 years old when he passed from heart failure caused by his progeria. According to Scullion’s mother, he died exactly 20 years to the day that he was officially diagnosed with progeria. Because Scullion lived quite long for someone with progeria, researchers are studying his life to help prolong the lives of others with the illness.

Devin Scullion was part of the clinical trials for a drug called Lonafarnib, which is the first known effective treatment for progeria. Scullion’s mother and doctors believe that the Lonafarnib did aid in prolonging Scullion’s life. 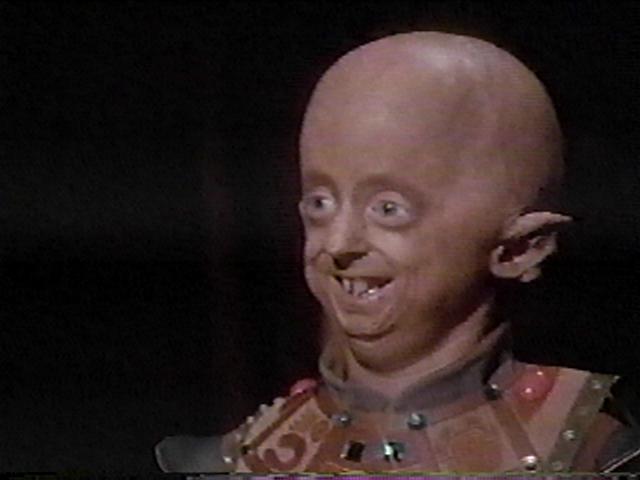 While many of the people on this list who are still around today have been featured numerous times on the news, Mickey Hays was the only one who had a part in a feature film. Through the help of the Make a Wish Foundation, Hays was able to star in The Aurora Encounter, a sci-fi western from 1986. Hays plays a friendly alien who lands in small town Aurora, Texas and develops a friendship with the town’s children. Hays lived for exactly 20 years as he died on the same day he was born.

Mickey Hays first met actor Jack Elam – famous for his roles in Westerns – while filming The Aurora Encounter. A year later, Elam and Hays appeared together in the documentary I Am Not a Freak. 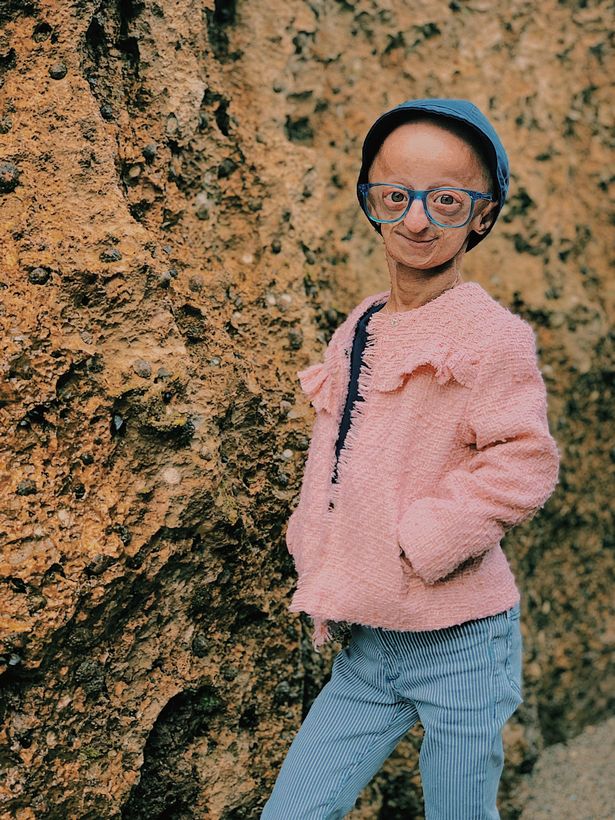 Claudia Amaral from Viseu Portugal was featured in international news outlets not long after she turned 20 years old in 2019. Amaral’s doctors told her that she would not live past 14, but the young lady is still going strong. Although Amaral started showing signs of progeria, such as hair loss and wrinkled skin, when she was only four months old, she was not formally diagnosed until after her first birthday. According to Amaral, “Progeria has not prevented me from doing anything; I live my life as if progeria does not live inside me.”

For the most part, Claudia Amaral has not suffered too much from her progeria and she recovers quickly. In an interview, Amaral said that she was supposed to rest after her hip replacement surgery, but she went out dancing with her friends instead.

Current Age or Oldest Age Reached: 21 years old in 2019 (will be turning 22 in 2020)
Country of Origin:  Belgium
Occupation (if applicable): Progeria Advocate 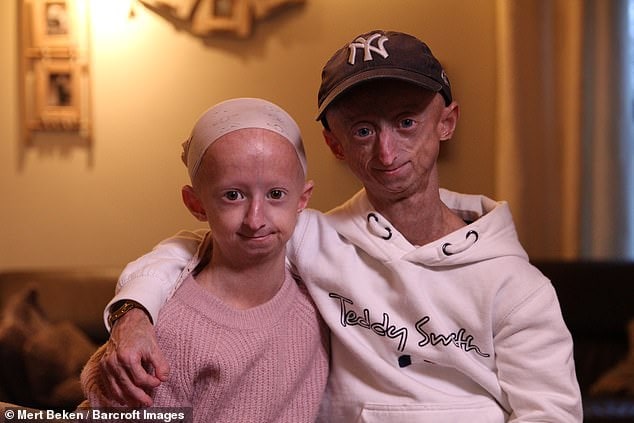 Michiel Vandeweert is currently 21 years old, living well beyond the average age of someone with progeria. Vandeweert also has a younger sister with progeria, Amber, who is 13 years old. The Vandeweert siblings have been interviewed numerous times and have stated that their goal is to be the longest surviving people with progeria ever. Vandeweert was diagnosed with progeria when he was just eight months old and his parents had his sister checked immediately after she was born.

Despite the challenges of having progeria, Michiel Vandeweert has tried to live as normal of a life as possible. Vandeweert racing go karts and can even drive a regular car.

Current Age or Oldest Age Reached: 24 years old in 2019 (will be turning 25 at the end of 2020)
Country of Origin:  Schio, Italy
Occupation (if applicable): Progeria advocate and college student 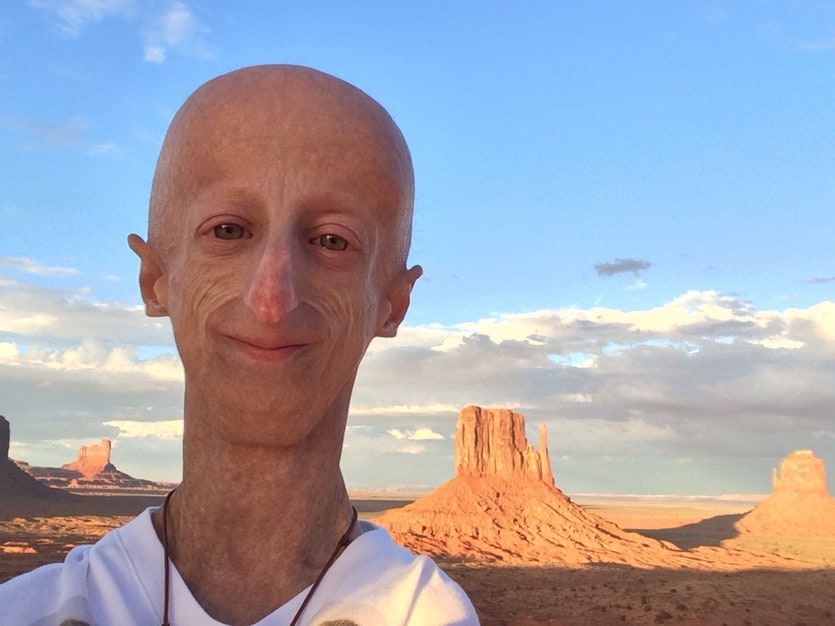 Sammy Basso from Italy has been featured on several news outlets over the years because he is currently one of the oldest survivors of progeria. Basso recently turned 24 in late 2019 and appears to still be going strong.

Like everyone on this list, Basso was told he would not live past 13, but he has long surpassed this initially prognosis. Basso has never let progeria slow him down and he graduated from the University of Padua in Natural Science – Molecular Biology, with a thesis on the Spanish research on the genetic condition. Currently, Basso is continuing his studies and hopes to advance the research into progeria.

In 2014, after Sammy Basso graduated from college, Basso was featured in an Italian National Geographic Series, Il Viaggio Di Sammy, which chronicled his dream trip: traveling on Route 66 in the U.S. from Chicago to Los Angeles with his family. 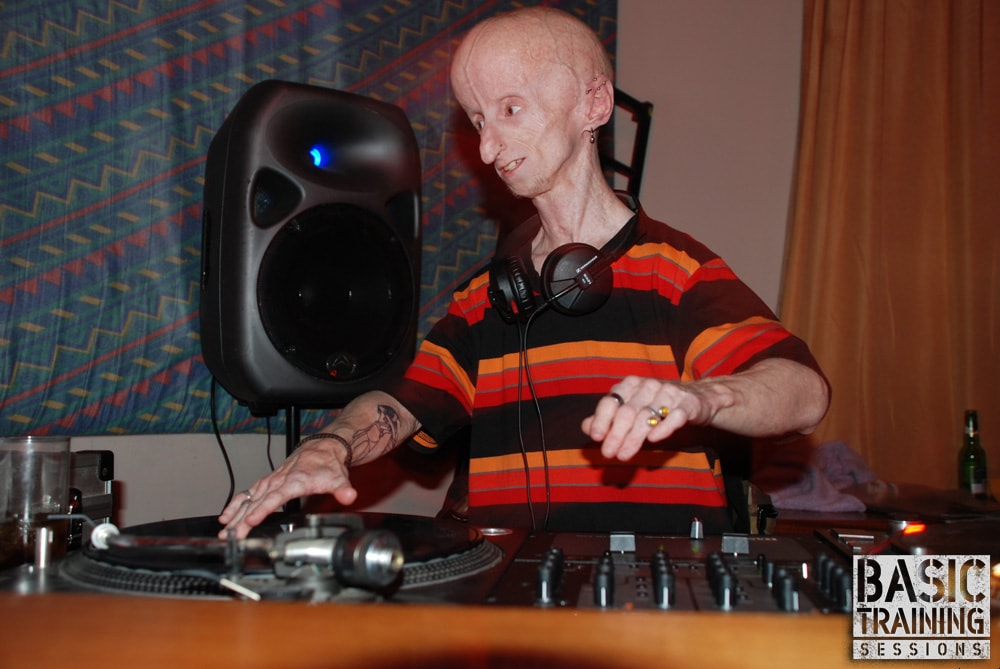 Leon Botha was one of the longest surviving men with progeria. Botha passed away just one day after his 26th birthday due to complications caused by his progeria. He was first diagnosed with progeria at the age of four, but Botha never let his illness slow him down. Botha led a very full life, working as a hip hop DJ and artist.

In 2008, Leon Botha collaborated with South African hip hop group Die Antword for the first time and often worked with the group after their first meeting. Botha was also featured in Die Antword’s music video “Enter the Ninja.” 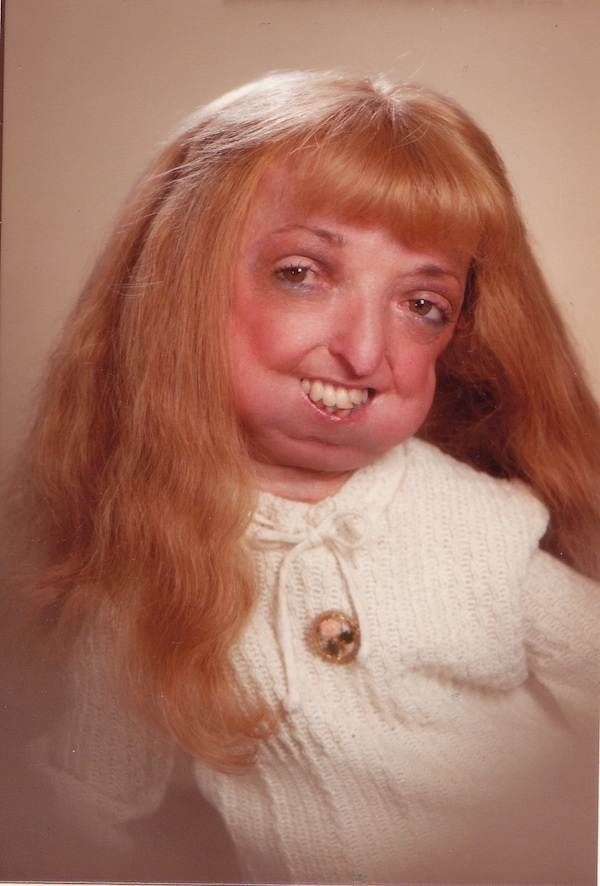 Before the Wedekinds’ story was brought to light in recent years, Margaret (Meg) Casey was known for being the oldest person ever with progeria. Casey was 29 years old when she passed away in 1985. Because everyone else with progeria at the time was a child, Casey say it as her responsibility to advocate for those with progeria and other disabilities. In addition to her advocacy work, Casey wrote a column for her local newspaper that covered the problems of the handicapped.

Margaret Casey was a very independent person and lived in her own home that was specially designed around her physical limitations. She even tried to get her driver’s license. 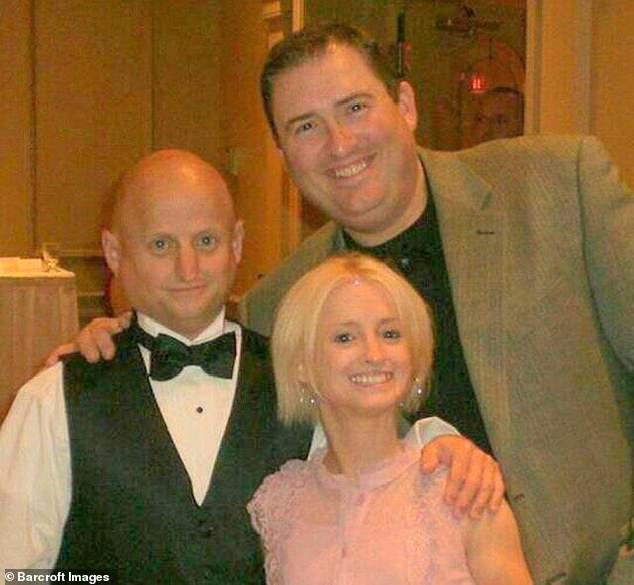 Like his sister, Tiffany, Chad Wedekind lived nearly his entire life without knowing he even had progeria. Aside from being shorter than his peers, Wedekind was healthy for much of his life until he hit his early 30s. When he was 31, Wedekind was diagnosed with aortic stenosis, or a narrowing of the heart’s aortic valve. At this time, doctors decided to dig deeper and discovered that Wedekind and his sister had progeria. Although Wedekind lived extremely long for someone with progeria, he passed away at the age of 39 in 2012.

According to doctors, both Chad Wedekind and his sister Tiffany, inherited their form of progeria from their mother, who carries the gene for progeria but does not show any of the symptoms. 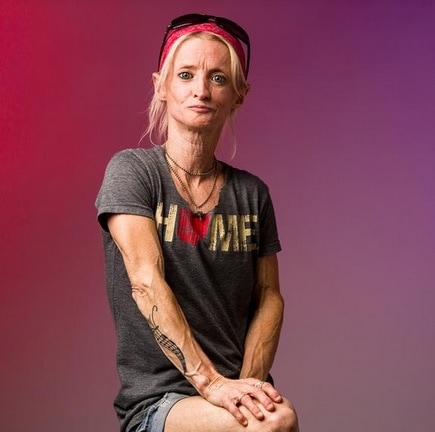 Tiffany Wedekind of Columbus, Ohio is currently 41 years old, making her the oldest person ever with progeria. Wedekind’s surprising age is due to the fact that her progeria is slightly different from others who have the disease. Additionally, Wedekind was not diagnosed with progeria in her early childhood and did not find out until she was in her late 20s. Wedekind’s older brother Chad was also diagnosed with progeria later in life and he passed away at the age of 39.

Tiffany Wedekind’s progeria went undiagnosed for so long because she never had any health problems apart from her teeth falling out. However, now that she is older, Wedekind does have health loss and heart problems due to progeria. 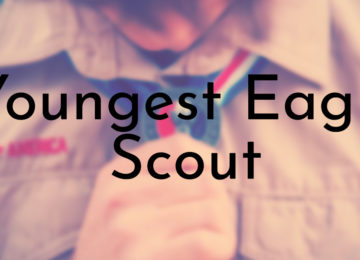