Cystic fibrosis (CF) is a genetic disease that severely damages and attacks the lungs, digestive system, and other vital organs.

Basically, where a normal person’s body produces thin, slippery mucus that acts as a health internal lubricant, a person with cystic fibrosis will naturally produce thicker, stickier mucus that is likely to block ducts, passageways, and tubes within the body. This is especially true for the lungs and pancreas, making breathing and digestion difficult.

Originally, those who were born with cystic fibrosis did not have a long life expectancy. However, over the years, many medical and scientific advances have been made to improve both quality of life and life expectancy for those with CF. Today, babies born with CF are expected to live into their mid-40s and beyond!

So, exactly how old have oldest people with CF lived to be? Stay right here – we’re about to find out! 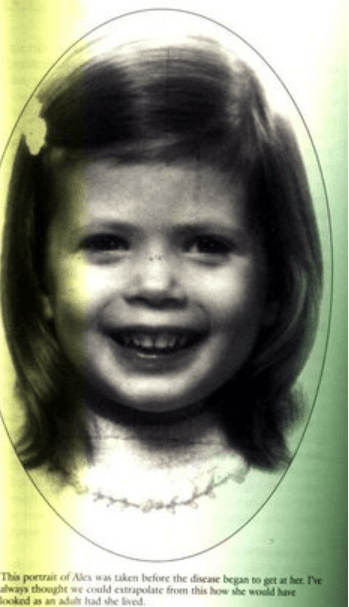 Just nine years old at the time of her death, Alexandra (“Alex”) Deford was the daughter of Frank Deford, Sports Illustrated senior writer.

A victim of cystic fibrosis, the brave little girl allegedly said to one of her favorite nurses, “I’m going home to die now, but don’t tell my mother and father – it will upset them.” It was the last time she went home from the hospital in January, 1980, before passing away.

Upon her death, Frank Deford wrote a touching book about Alex’s life entitled: Alex: The Life of a Child (Viking). It was excerpted in People magazine and carried in Readers Digest.

A 1986 film adaptation was made from Deford’s biography about his daughter, directed by Robert Markowitz and starring Craig T. Nelson, Bonnie Bedelia, Gennie James, and Daniel Corkill. 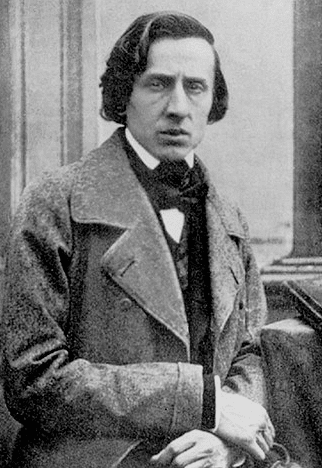 One of the most famous composers and pianists of all time, Frederic Chopin, was a sufferer of cystic fibrosis.

Born in Warsaw in 1810, Chopin grew up studying and composing music in his early life before settling in Paris in 1831. It was in Paris that he further developed his career and became popular for his music – and in Paris that he unfortunately fell prey to cystic fibrosis. He died in 1849 at just 39 years old.

Originally diagnosed and treated for tuberculosis in his lifetime, it is now more widely believed that Chopin actually had CF.

Scientists petitioned for a fragment of tissue from Chopin’s heart postmortem to test it for different conditions. Though this request was denied, a visual inspection was completed only recently in 2017 of Chopin’s alcohol-preserved heart at the Polish Academy of Sciences.

Upon inspection, one of the leading theories is still that Chopin suffered from a rare case of pericarditis, caused by chronic tuberculosis. However, CF is another likely cause. Neither theory has been 100% proven. 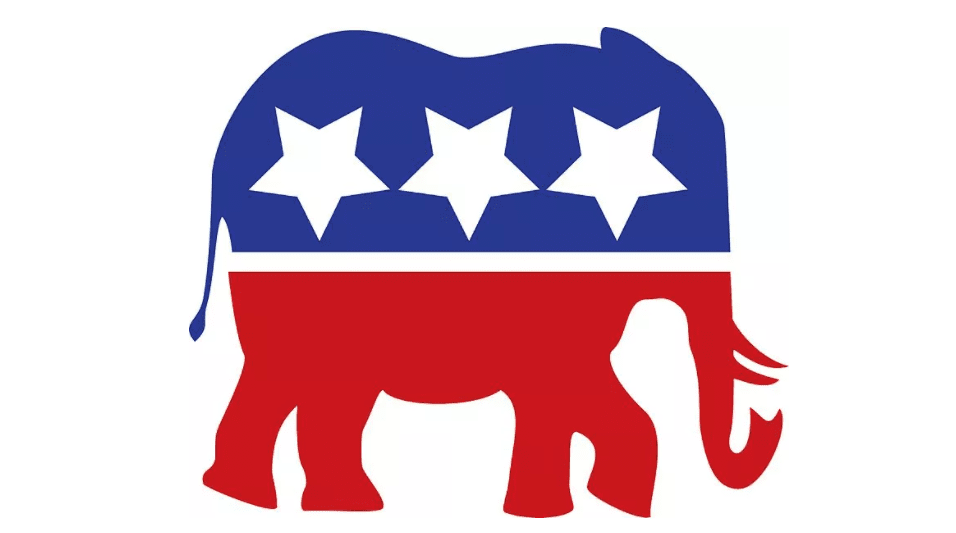 Dean Barnett was a prominent American conservative blogger and stand-in talk show host. He passed away from cystic fibrosis in 2008.

A graduate of Harvard University and of Boston University Law School, Barnett was known for his involvement in the political sphere. He was a volunteer for Mitt Romney’s Senate campaign, and went on to create SoxBlog, a website that focused on conservative politics and Boston sports.

CF caught up with Barnett in October, 2008, when he was admitted to the hospital for a serious infection and never recovered.

Barnett was known for his thick Boston accent, for which he was nicknamed “Chowdah” when he filled in on radio shows. 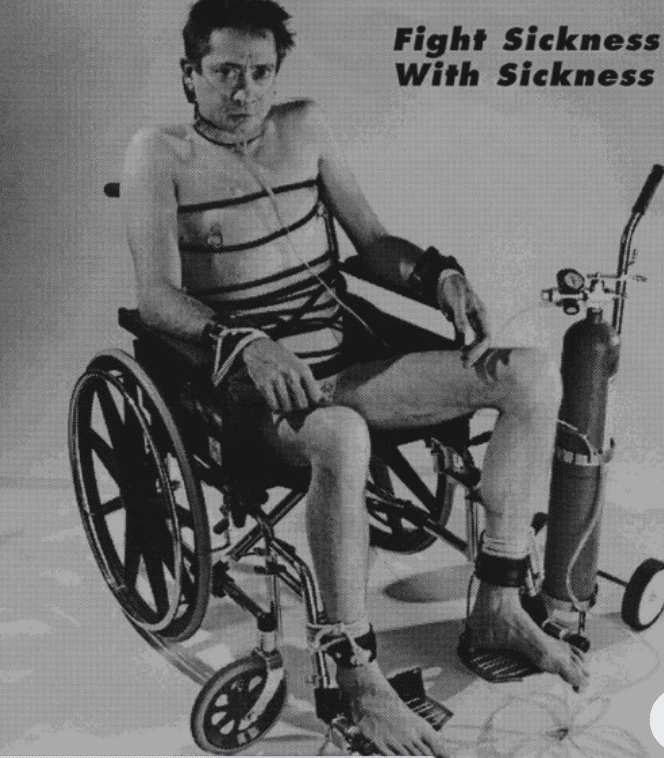 Bob Flanagan channeled his pain from cystic fibrosis into art. He was an American artist, poet, writer, comic…and sadomasochist. When he met Rose, his lover, he signed a contract giving her “total control over my mind and body.”

Flanagan was a masochist long before his relationship with Rose. His pain from CF began in his very early years, during which time he’d worsen his own suffering by sleeping under open windows in the winter, sticking nails into himself, and suspending himself from doors and ceilings.

Flanagan became a performance artist in the last 15 years of his life, using his body as a canvas for galleries, exhibits, and performances. He died in January, 1996.

Flanagan was a counselor at a summer camp for kids with cystic fibrosis for 22 years. Allegedly, he invented a parody of the song, “Forever Young,” changing the lyrics to “Forever Lung,” which he sang around the campfire with the children. 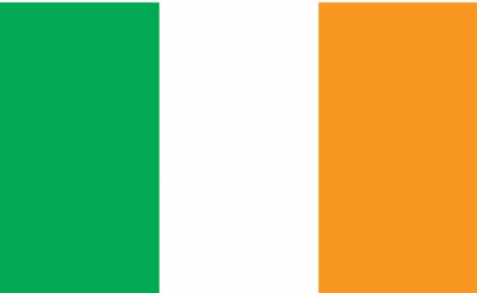 Because this patient was not famous, and presumably in an attempt to protect their privacy, all that is known about him or her is that they are one of the oldest patients to live with cystic fibrosis.

An Irish citizen, this patient was born in 1953, and lived until at least the age of 61 (according to an article from 2014). They were the oldest person ever be diagnosed with CF in Ireland, until they were surpassed by the next individual we’ll discuss!

Ireland has the highest rate of cystic fibrosis per capita in the world. Approximately 1,300 Irish children and adults live with the condition, with 34 new cases diagnosed each year. 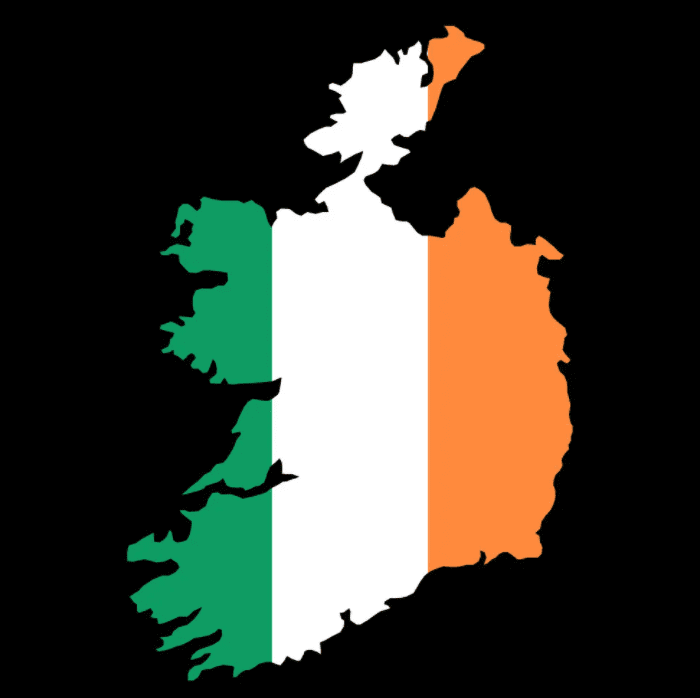 Like the last cystic fibrosis patient we covered, this patient is also anonymous, though we know she is a woman and is officially the oldest person to be diagnosed with CF in Ireland. She remained undiagnosed throughout her life until the age of 76.

This patient is (or was) an occasional smoker, and had a history of asthma and childhood pneumonia. When she developed a persistent cough, she was assessed for lung disease and instead was diagnosed with CF.

She received media attention in 2014 for her status as oldest person ever to be diagnosed with CF, at which time she was 78; since then, her condition and mortality is unknown.

The majority of people are diagnosed with cystic fibrosis in very early childhood, typically around the age of 2. It is rarer to be diagnosed as an adult. 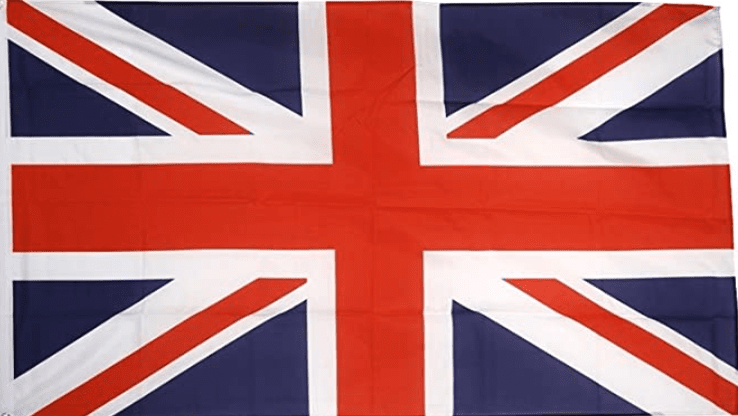 One of the oldest CF patients was 79 years old in 2014. His or her health and mortality today are unknown, though it is presumed that nearly a decade later, they have passed away.

This person was a citizen of the United Kingdom. The details of their personal life and further medical history are unknown.

Though less prevalent that in Ireland, it is estimated that 1 in 25 people are carriers of cystic fibrosis in the United Kingdom. If both parents are carriers, there is 1 in 4 chance will not inherit CF genes, and will cease to be carriers themselves. 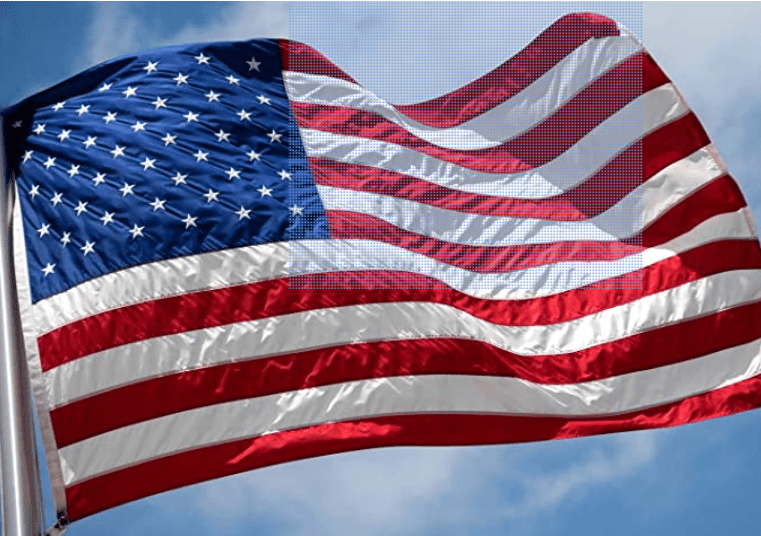 The oldest person with cystic fibrosis was 82 years of age, and an American citizen. He or she was still alive in 2014 at the time of a published article in which they are mentioned.

Though it’s not likely that they are still alive seven years later, this person is the oldest known cystic fibrosis patient to have achieved the average person’s life expectancy (and then some)!

Cystic fibrosis is one of the most common U.S. disorders among the white population, specifically, affecting 1 in 32,000 children. It is less common in African Americans (1 in 17,000), Asian Americans (1 in 31,000), and Native Americans. 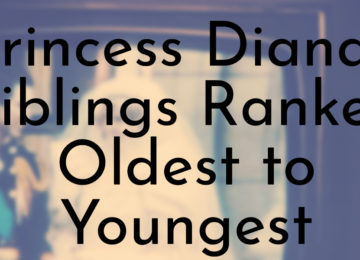