Like many of the oldest existing species in the world, the oldest plants are considered “living fossils”. Nearly all of the plants on this list are the only remaining species in their genus, family, and even order. Additionally, most of these plants are fairly unchanged from their ancestors in the fossil record and have unique characteristics that do not exist in any other plants in the world.

The ancient plants on this list have been around for millions of years and conservation efforts are trying to ensure that they will be around now and in the future.

Age: 145 – 66 million years
Location:  Native to temperate parts of Eurasia and Africa but found around the world
Common Uses:  Food – can be fried, eaten raw, roasted, boiled, candied, and ground into flour for bread and confections 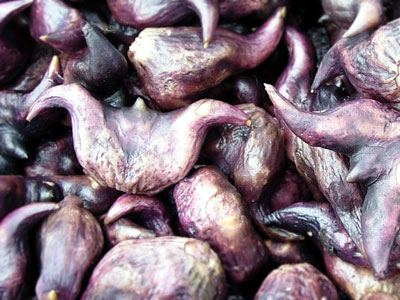 The water caltrop (buffalo nut, bat nut, devil pod, ling nut, lin kok, ling kio nut,mustache nut or singhada) is a floating aquatic plant that is easily recognized by its ornate fruits, which contain edible seeds. The oldest known water caltrop fossils date back to Cretaceous Alaska (between 145 – 66 million years ago) and today there are only three existing species.

Depending on what part of the world its located, the water caltrop is either an invasive species or an endangered one. Water caltrops are particularly seen as invasive in North America because one acre of the plant can turn into 100 acres in just a year. Although water caltrops are edible and have been used by various cultures for thousands of years, officials are reluctant to mention that the plant can be eaten because it easily picks up a variety of toxic metals.

Age: 146 – 100 million years
Location:  Native to the Namib Desert within Namibia and Angola but can be grown in other parts of the world
Common Uses:  Food and ornamental garden plant 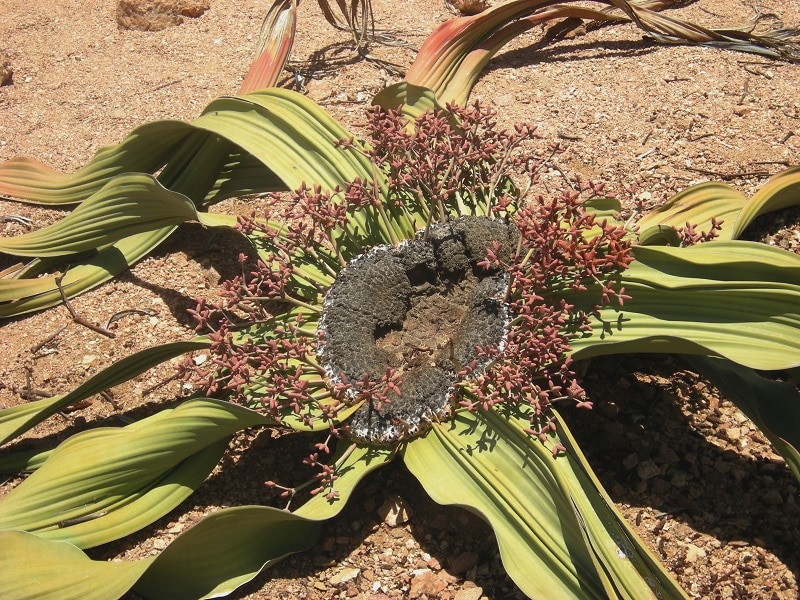 Like most of the plants on this list, the welwitschia is the only living species in its order, family, and genus. Welwitschia is a unique and strange plant that is native to the Namib Desert. The plant is named after the Austrian botanist and doctor Friedrich Welwitsch, who was the first European to describe the plant in 1859.

Adult welwitschia consist of two leaves, a stem base, and roots. Those two leaves are permanent and are the original leaves from when the plant was a seedling, this is a unique feature that only welwitschia possess. Welwitschia are long-lived plants with most ranging in age from 500 – 600 years but larger specimens are estimated to be about 2,000 years old.

Age: 200 million years
Location:  Native to Australia but can be grown in other parts of the world
Common Uses:  Ornamental garden plants and alternative Christmas tree 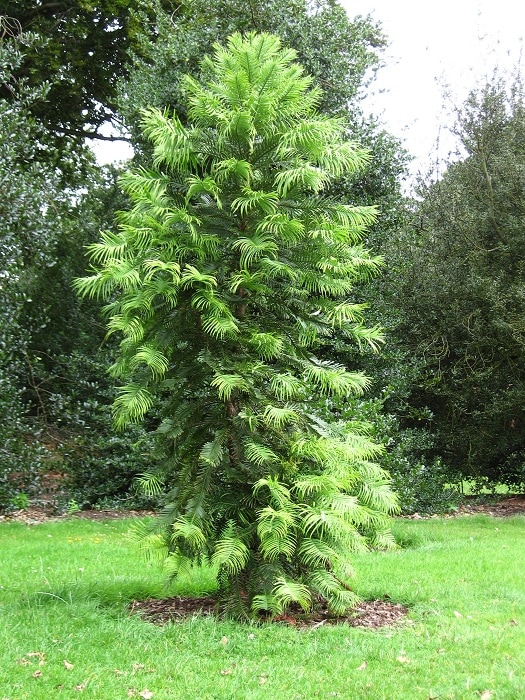 Prior to its discovery in 1994, the Wollemi Pine or Wollemia was only known from the fossil record. Despite its name, Wollemia is not a true pine or member of the the pine family but is related to the Agathis, another ancient plant on this list. Wollemia were named for the Wollemi National Park in New South Wales, Australia, which is where the first living specimens were found.

The Wollemi pine is critically endangered and is on the IUCN’s (International Union for Conservation of Nature) Red List. Since 2006, a propagation program has been implemented to help the Wollemi pine remain viable. In its native Australia, potted Wollemia are sold as an alternative to Christmas trees. Additionally, the Royal Botanic Gardens in Sydney have published information on how to grow Wollemi pines from seeds which have been harvested from forest trees.

Age: 230 million years
Location:  Native to Japan but can be grown in other parts of the world
Common Uses:  Ornamental garden plant; decoration; specimen plants; bonsai; and landscaping 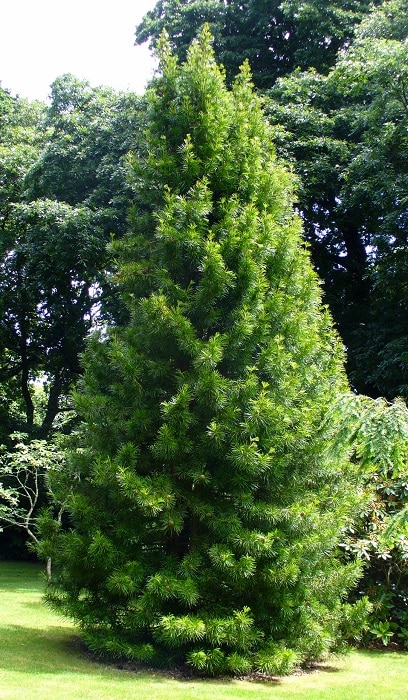 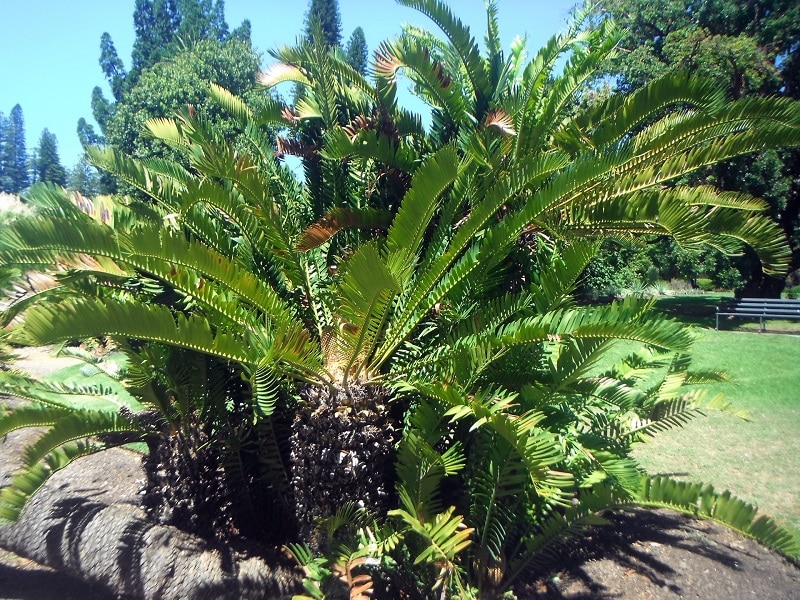 Fossils of cycads date back to at least the early Permian (about 280 million years ago) but there is some debate over older fossils that may have come from the Carboniferous about 100 million years before the Permian. Cycads are gymnosperms, which means their seeds are exposed, and are easily recognized by the large seeds that grow out of the plants’ crown.

In addition to being one of the most ancient plants, cycads are also some of the longest lived – they grow very slowly and can live for up to 1,000 years. Due to their distinct look, cycads are often used as ornamental garden and greenhouse plants and also for bonsai.

Age: over 300 million years
Location:  Around the world except for Antarctica but mostly concentrated in the non-tropical Northern Hemisphere
Common Uses:  Food; herbal remedies; wood polish; and medicine 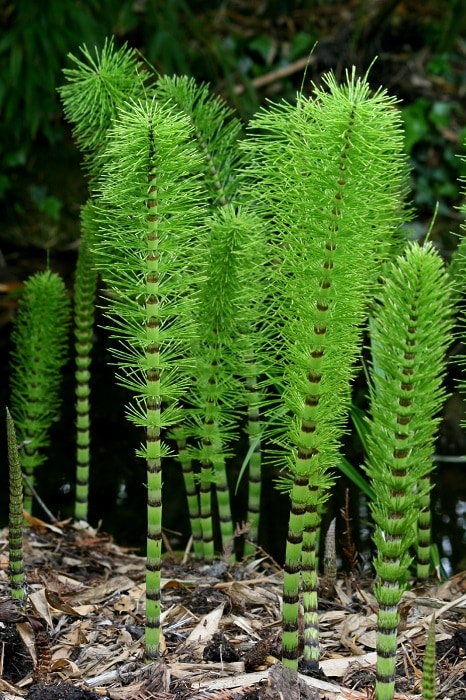 Horsetails or Equisetum are the only living genus in the the entire Equisetopsida class of plants. At one point there was a large number and variety of Equisetopsida plants but only about 20 species of horsetails survive today. Horsetails are so ancient that they are distinct from all other seedless vascular plants.

Horsetails can be found all over the world primarily in wet areas. Although many people consider horsetails to be weeds, several cultures use the plant for food and medicine. It is also eaten by grazing animals, but some species of horsetail can be poisonous to these animals if its eaten over a long period of time. 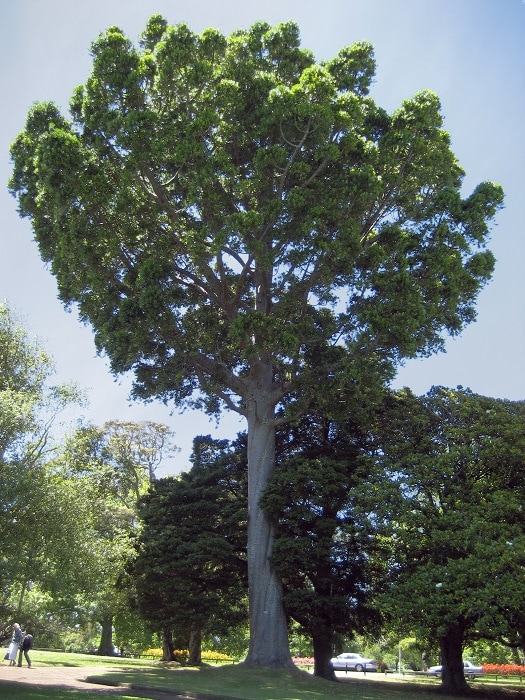 Agathis (commonly called kauri or dammar) are ancient coniferous trees that date back to the Carboniferous (358.9 – 298.9 million years ago) era. The few species of agathis left in the world are the only remaining members of the  Araucariaceae family of trees, which largely vanished during the same mass extinction event that wiped out the dinosaurs.

There are currently about 22 accepted species of agathis primarily in the Southern Hemisphere and Southeast Asia in countries such as Australia, New Zealand, New Guinea, Malaysia, and Borneo. Mature agathis trees are notable for their large trunks that have very little branches below the crown. The seeds of some agathis trees are eaten by caterpillars from the Agathiphaga genus (also called kauri moths), which are the most primitive species of existing moths. 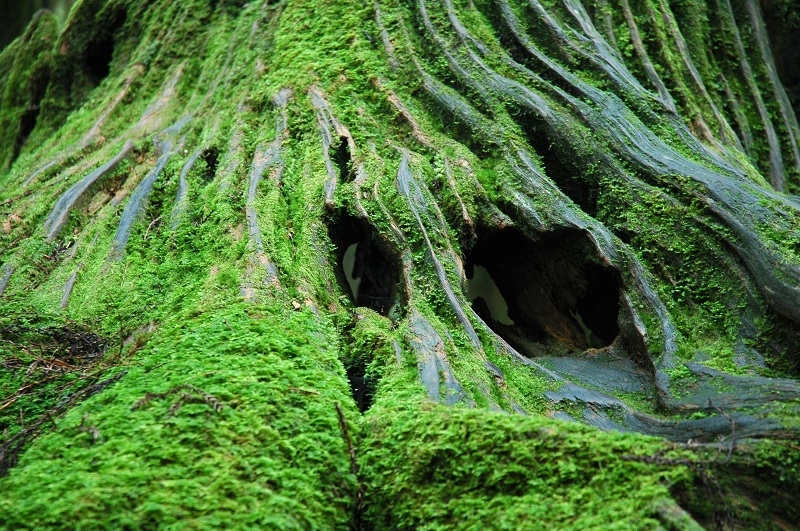 Moss are the oldest plants in the world with the plants’ ancestors living about 470 million years ago. Due to the soft and fragile nature of moss, its presence in the fossil record is limited. Some of the oldest definitive moss fossils are from the Carboniferous (358.9 – 298.9 million years ago) period but there is evidence that suggests moss appeared much earlier.

There are about 12,000 different species of moss which live in various habitats around the world. Like many ancient plant species, moss does not produce seeds and spreads through releasing spores.