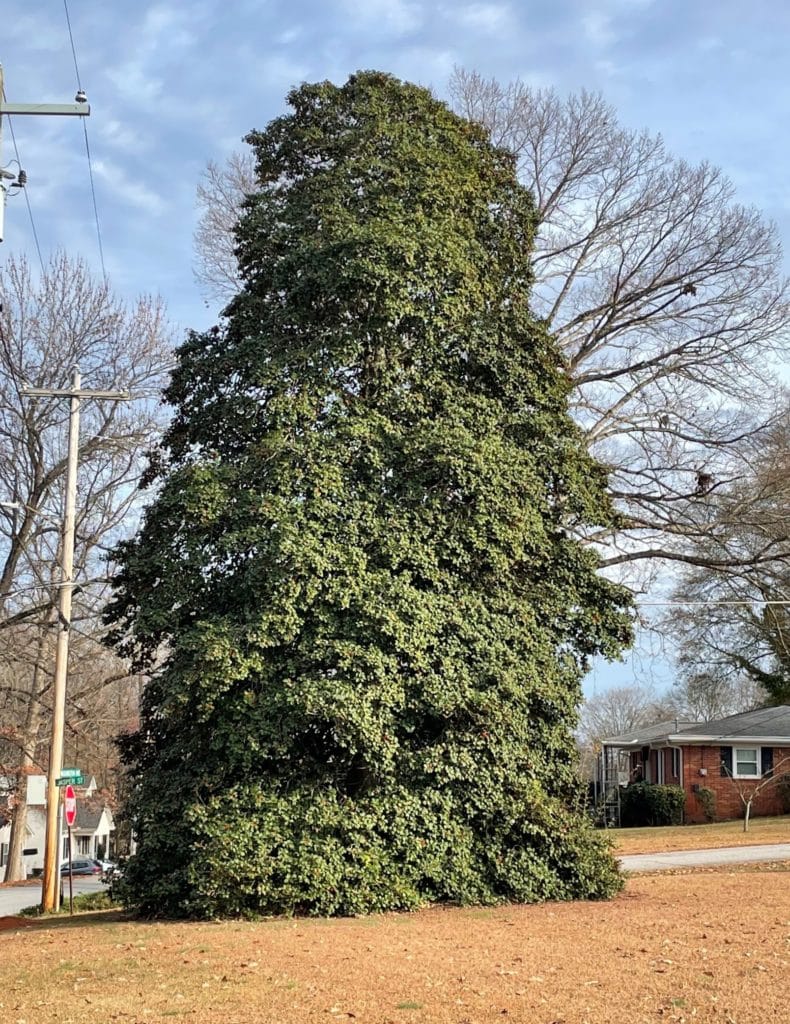 An American holly is an evergreen shrub or tree that is native to the eastern United States. South Carolina is home to many different species of holly, including American holly. This tree is commonly found in woodlands as well as in gardens and yards.

American holly is a popular choice for landscaping because it is easy to care for and maintain. This tree thrives in full sun or partial shade and prefers moist, well-drained soil. American holly can be propagated by seed, cuttings, or division.

The American Holly is native to North America. It’s also called the winterberry, and it’s a common sight in many parts of the northeast, as well as southern Canada. 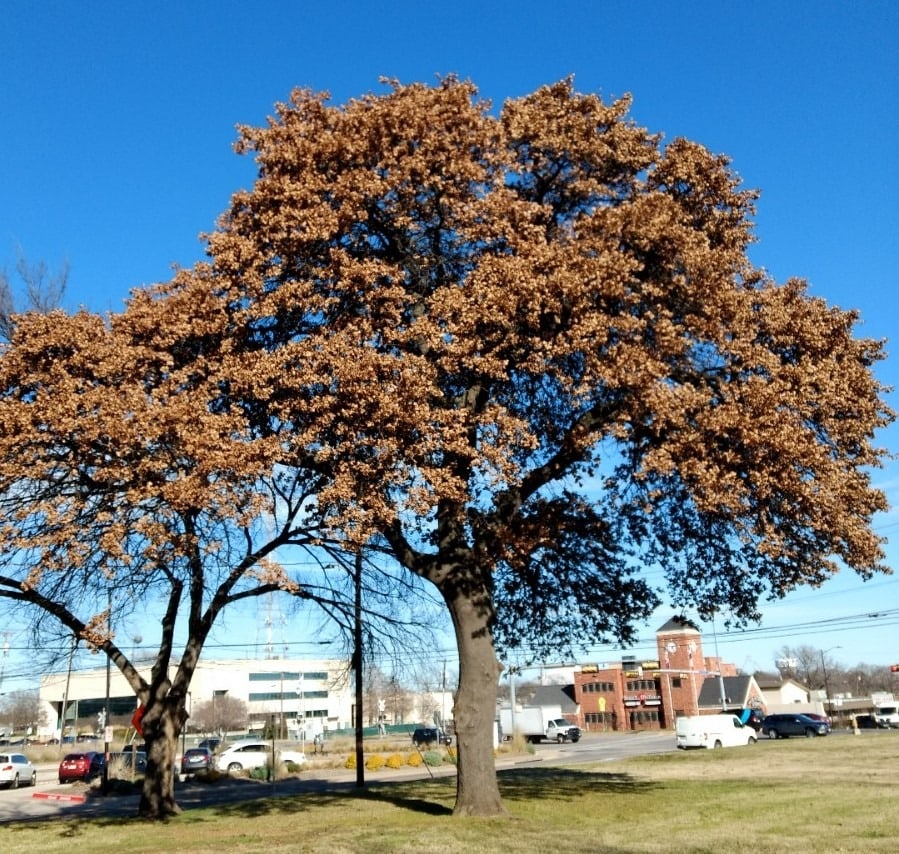 The Blackjack Oak (Quercus marilandica) is a small oak tree that is native to the eastern United States. It is most commonly found in the states of Maryland, Virginia, and North and South Carolina. The tree gets its name from the blackish color of its bark. The Blackjack Oak is a member of the red oak group of oaks, which means that its leaves have pointed lobes.

The tree typically grows to a height of 30–50 feet and has a spread of 15–25 feet. The leaves of the Blackjack Oak are dark green in color and are 3-6 inches long. The tree produces small, acorn-like fruits that are about 1 inch in diameter.

The Blackjack Oak is a popular tree for landscaping and is often used as a street tree or in parks.

Blackjack Oak is a gorgeous tree that gets its name from its beautiful, dark green leaves and its dense canopy. The tree’s wood is used for making furniture and shipbuilding, among other things. 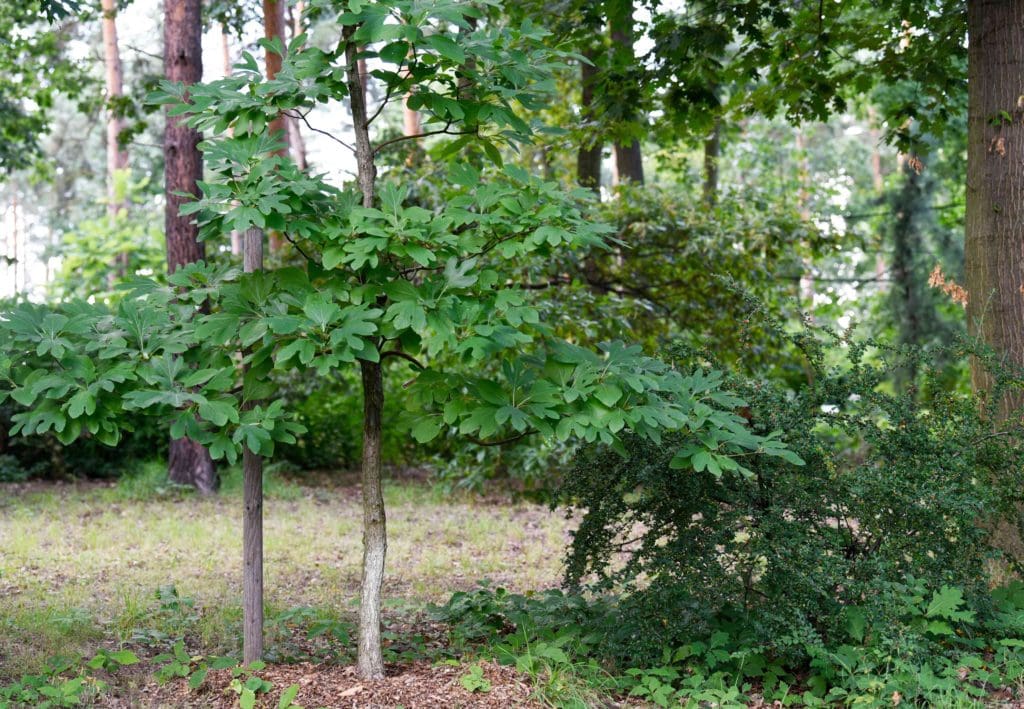 Sassafras (Sassafras albidum) is a native plant of South Carolina that can be found throughout the state. This species is part of the Laurel family and is related to sassafras trees found in other parts of the world. The tree grows to a height of 30–60 feet and has distinctive three-lobed leaves.

The bark is smooth and reddish-brown, and the tree produces small, greenish-yellow flowers in the spring.

Sassafras is a popular landscaping plant and is often used in hedges and as an ornamental tree. The tree is also used in the production of sassafras oil, which has a wide range of uses, including as a flavoring for food and drink, and as a fragrance for soaps and cosmetics.

In 1859, a chemist named Ferdinand Engel patented his method for extracting safrole from sassafras oil root. He called his new product “oil of sassafras,” which was later shortened to “oils.” 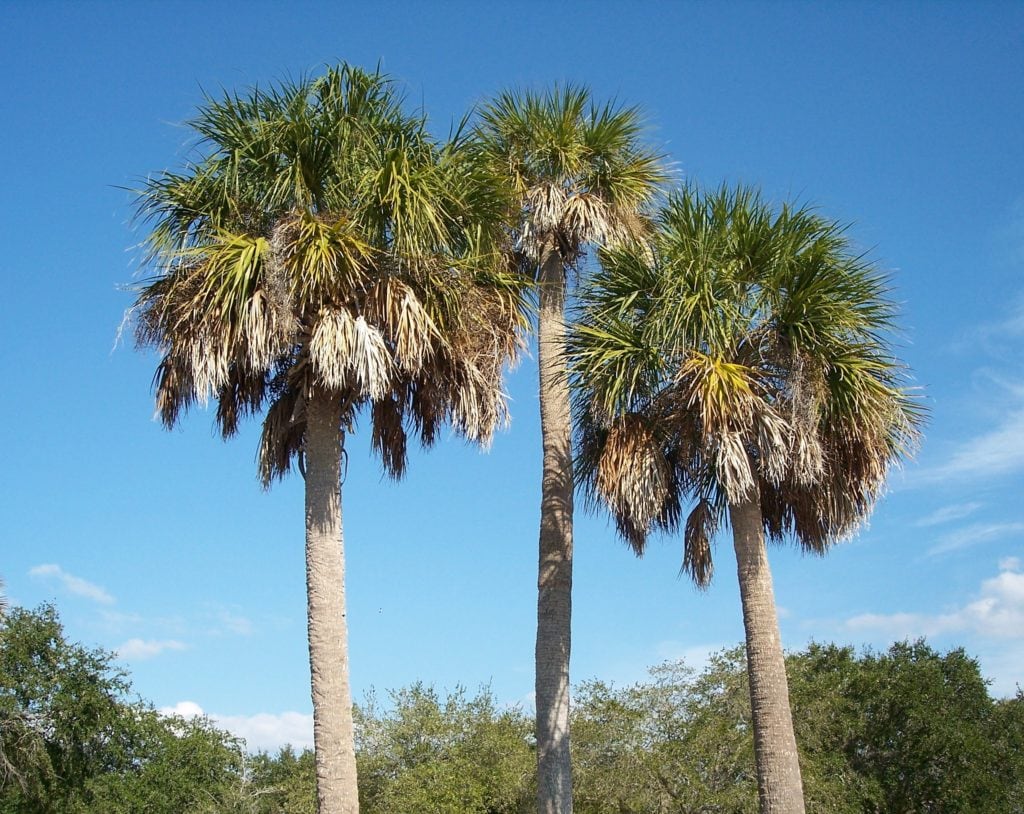 The Sabal/Cabbage Palm is the state tree of South Carolina. It is a tall, unbranched palm that can grow up to 60 feet tall. The leaves are large and palmate, with 20-30 leaflets radiating from a central point. The leaflets are armed with sharp spines along their margins.

The flowers are small and white, borne in large clusters at the top of the tree. The fruit is a blackdrupe, about the size of a grape, containing a single hard seed.

This tree can be found throughout South Carolina, in both upland and lowland habitats. It is tolerant of a wide range of soil and moisture conditions and can even be found growing in brackish water. The tree is slow-growing but can live for hundreds of years.

The Sabal/Cabbage Palm has a number of uses. The leaves are used for thatching, matting, and weaving. The trunks are used in construction, and the fruits are eaten fresh or made into wine. The tree is also an important source of food for wildlife, including deer, bears, and birds. 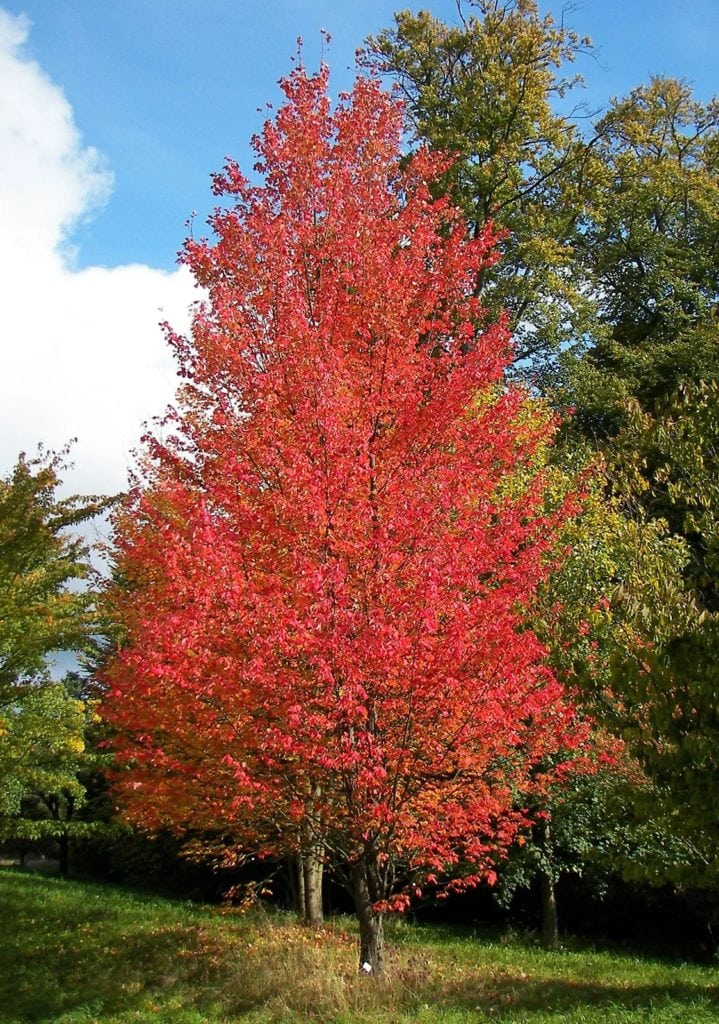 The Red Maple is native to the southeastern United States and can be found as far north as Maine and as far south as Florida. The tree grows to a height of 60–120 feet and has a spread of 20–25 feet. The leaves of the tree are 3-5 inches long and 2-4 inches wide. The flowers of the tree are red and bloom in the spring.

The fruit of the tree is a red, winged seed that is dispersed by the wind.

The Red Maple is a popular tree for landscaping and is used in a variety of settings, including residential, commercial, and industrial areas. 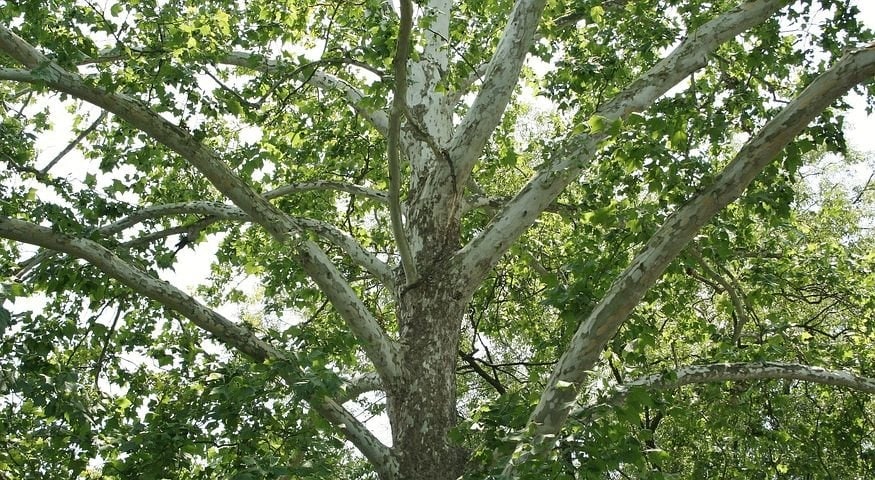 The American sycamore (Platanus occidentalis) is a large deciduous tree that is native to eastern North America, from southern Ontario and Quebec south to northern Florida and west to the Great Plains. In South Carolina, it is found in the Piedmont and Coastal Plain regions.

The American sycamore can grow to be over 100 feet tall and has a trunk diameter of up to 10 feet.

The tree’s bark is light gray and smooth, but it becomes rougher and darker with age. The leaves are large, up to 10 inches long and 6 inches wide, and have a lobed shape. The tree produces small, greenish-white flowers in the spring, which are followed by brown, spherical fruits. The American sycamore is a popular tree for landscaping and is often used as a street tree.

The wood of the American sycamore is also very durable, which makes it popular with woodworkers and lumberjacks who need strong materials for their work. It’s also used as a source of pulp for papermaking—like newsprint or toilet paper. 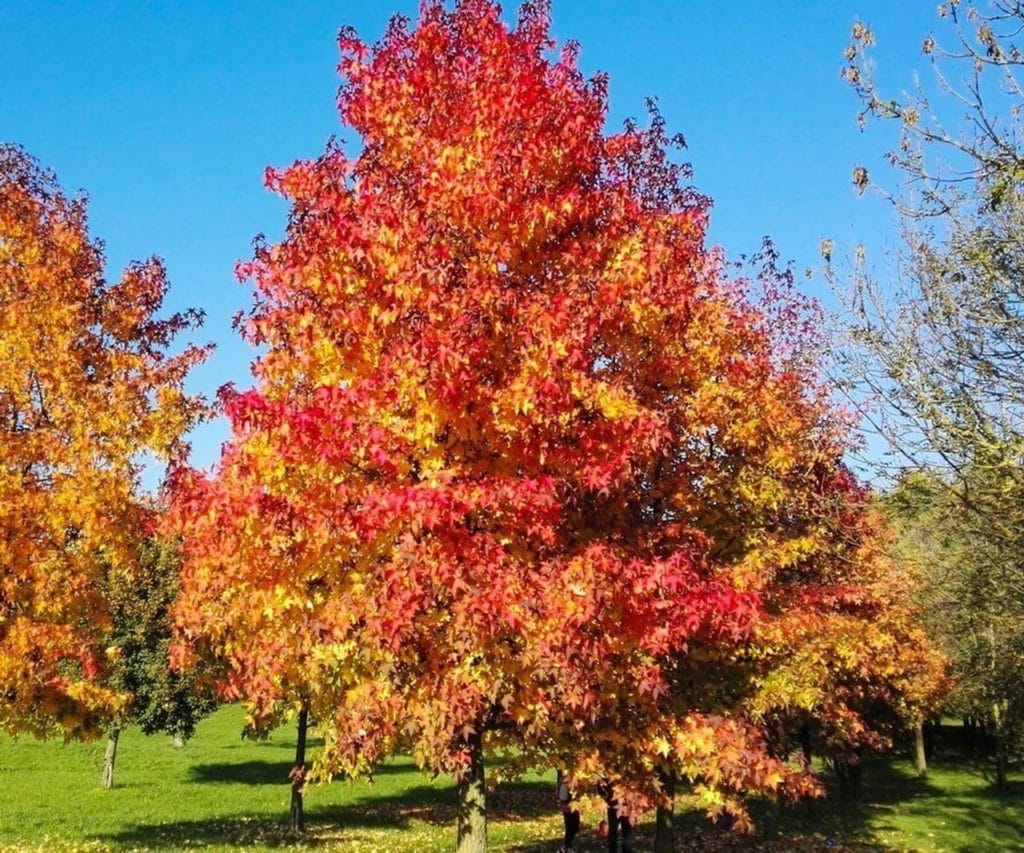 The leaves are dark green in color and turn yellow, orange, or red in the fall. The Sweet Gum flowers in the spring and the fruit is a spherical, spiny capsule that contains 3 to 5 seeds. The Sweet Gum is an important tree in the forest ecosystem. It provides food and shelter for many animals and birds. The Sweet Gum tree is also used by humans for lumber, paper, and furniture.

The Sweet Gum tree is a member of the genus Liquidambar, which is part of the family Nyssaceae. It’s native to Asia and Europe, and its name comes from its sweet-smelling flowers. 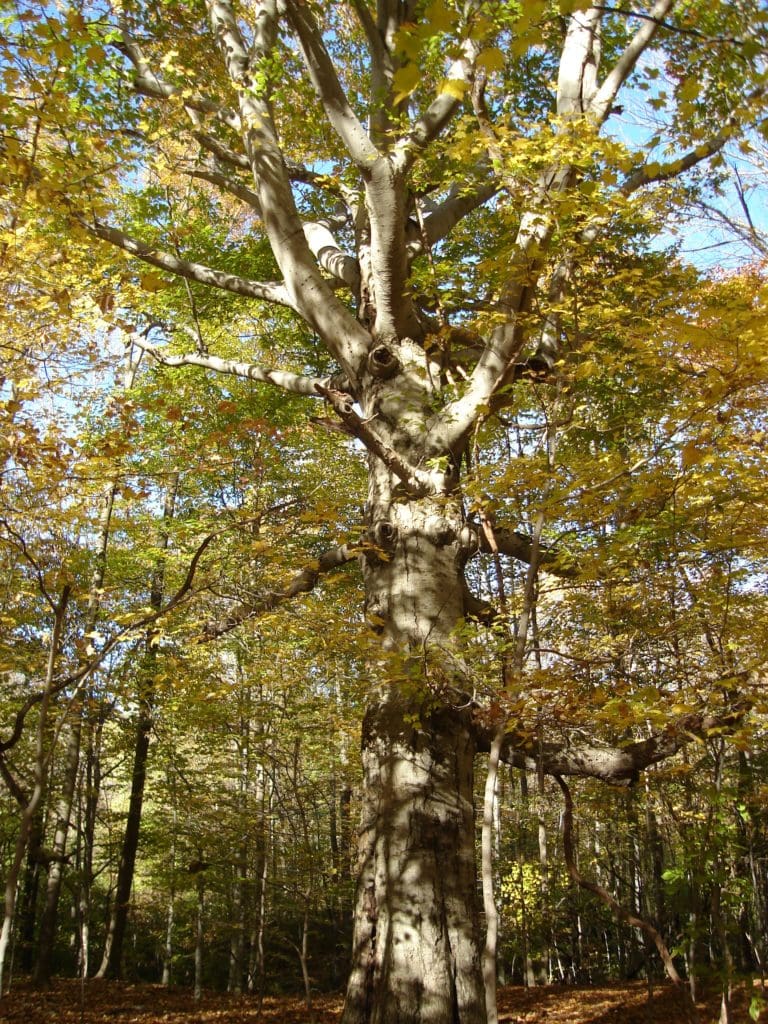 The flowers are small (about 1/6 inch long) and white or light yellow in color. In the fall, the leaves turn yellow and drop off the tree. The seeds of this plant are dispersed by wind or water droplets. The seeds are covered in an oily substance called cottony wax, which aids their dispersal.

This wax also protects them from being eaten by animals such as birds or squirrels, who would normally eat them.

American beech trees have been used for centuries as a source of paper pulp because they contain high amounts of cellulose, which makes them ideal for making paper products such as newspapers and books. 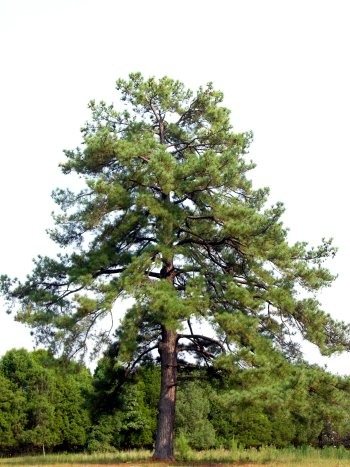 Loblolly pine is the most widely planted pine species in the southeastern United States, particularly in the state of South Carolina. This species of pine is often found growing in areas with high levels of clay content in the soil.

Loblolly pine is a fast-growing, medium-sized tree that typically reaches a height of 98 to 115 feet at maturity.

The tree has a slender, conical shape with long, dark green needles and small, brown cones. The bark is thick and scaly, with a reddish-brown color.

Loblolly pine is adapted to growing in a wide range of soil and climatic conditions, from sandy coastal plains to mountainous regions. The tree is tolerant of drought, fire, and flooding and can be found growing in both sun and shade. Loblolly pine is an important source of timber for the construction, furniture, and pulp and paper industries.

The tree is also used in reforestation and as an ornamental plant.

The Loblolly Pine tree has a lifespan of up to 200 years, which makes it one of the most long-lived trees on earth! 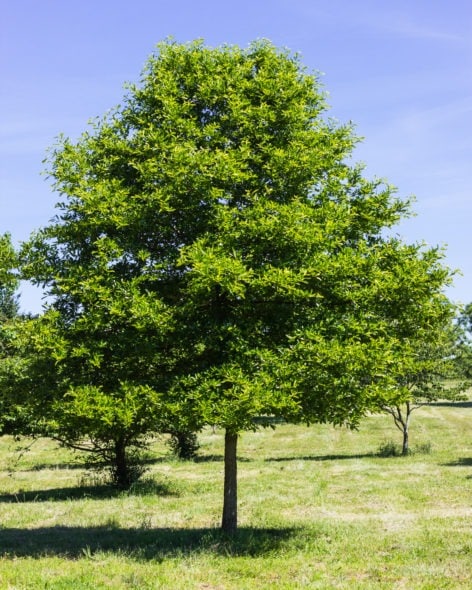 The black tupelo is considered the oldest species of tree that ever existed in South Carolina. This tree is native to eastern North America, from Maine and southern Ontario south to South Carolina and east to Louisiana. It is most commonly found in riparian (river) or swampy areas, and is often the dominant tree species in those habitats.

The black tupelo is a deciduous tree, meaning it loses its leaves in winter.

They are dark green and glossy on the upper surface, with a paler green undersurface. The margins are entire (smooth), with a slightly wavy appearance. The flowers are small, greenish-white, and borne in clusters of 3-5 blooms.

They appear in late spring to early summer, and are followed by small, dark blue fruits that ripen in late summer and early fall. The black tupelo is an important tree species for a variety of reasons. It is a common source of honey, with the nectar producing a dark, robust-flavored honey.

The wood is hard and heavy, making it valuable for a variety of uses like lumber, veneer, flooring, tool handles, and fuel.

The Black Tupelo tree produces small white flowers from late winter through early spring. The flowers are pollinated by bees and butterflies.

Posted by Shasha Neil 0
Oaks are beautiful, robust trees that grow in many parts of the world where the climate is relatively mild. They…