In general, cacti are some the hardiest plants in the world and can live for many years. The two longest-lived are the saguaro (between 150 – 175 years) and the Mexican giant cardon (up to 300 years). While researchers have made note of  many old individual cacti, only a few are on public record and have been featured in the news.

This list consists of the oldest know individual cacti, all of which are saguaros, and a brief introduction the to Mexican giant cardon species. 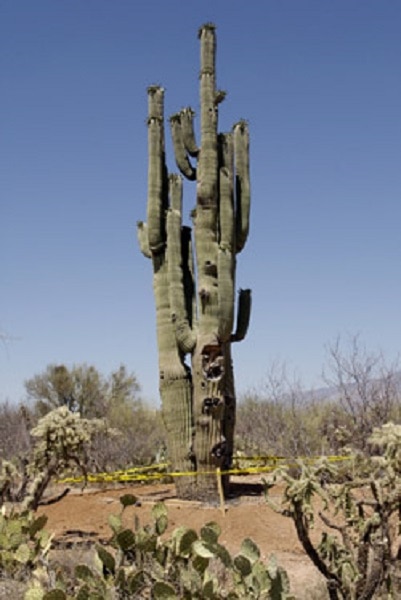 In 2002, the town of Oro Valley (just north of Tucson, Arizona) decided to save a more than 200 year old saguaro cactus from being destroyed through a road expansion. The town contacted desert plant specialists to help them move the saguaro to a new home.

The 40 foot cactus was certified by the National Register of Large Trees before it died in 2003. Although the transplant was successful, the ancient saguaro stuck by lightning a year after it was moved. Unfortunately, the cactus was severely damaged and was uprooted by the thunderstorm. 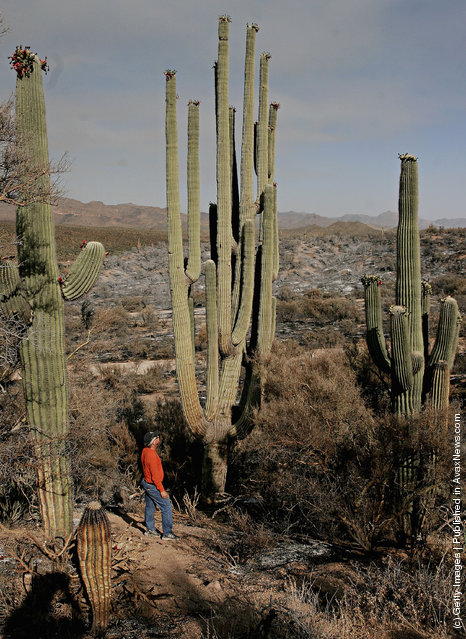 When the Grand One was added to the National Register of Big Trees, the cactus was estimated to be between 180 – 300 years old. Just a year after it was named the world’s largest cactus, the Grand One was damaged by a fire. The Grand One managed to survive for two more years before it fell and died in 2007. 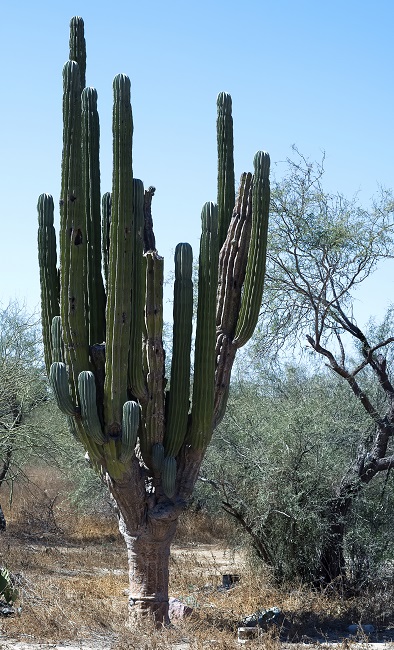 The Mexican Giant Cardon isn’t an individual cactus, but is a species of cactus that rivals the saguaro in both size and age. Cardon cacti can reach over 60 feet (18.3), which is about 20 feet taller than some of the largest saguaros. Not only are cardons the largest cacti in the world, they can live up to 300 years.

Cardons got their name when the Spanish conquistador Hernán Cortés led an expedition to Baja California in 1535. Cortés noticed that the young cardons were covered in thistles and called them cardo, the Spanish word for thistle. 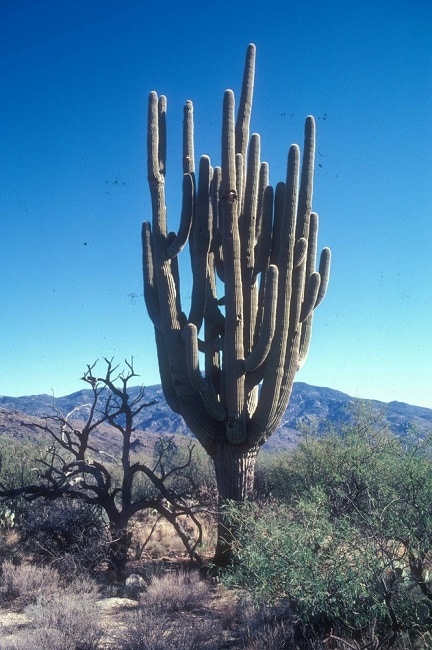 Old Granddaddy was about 300 years old when the saguaro cactus started to die in the 1990s, which makes it the oldest known cactus ever in the world. Not only was Old Granddaddy old, it was a giant at over 40 feet tall and had 52 arms just before it died.