Female K-pop idols tend to debut when they’re very young teenagers. In fact, some of the girls on this list have been in the industry since they were small children and were members of kid groups. All of the young K-pop idols on this list are still teenagers, ranging in age from 15 to 17 years old. However, many of them have already been members of a few groups. Nearly all of the girls are the maknae or youngest member of their current group. 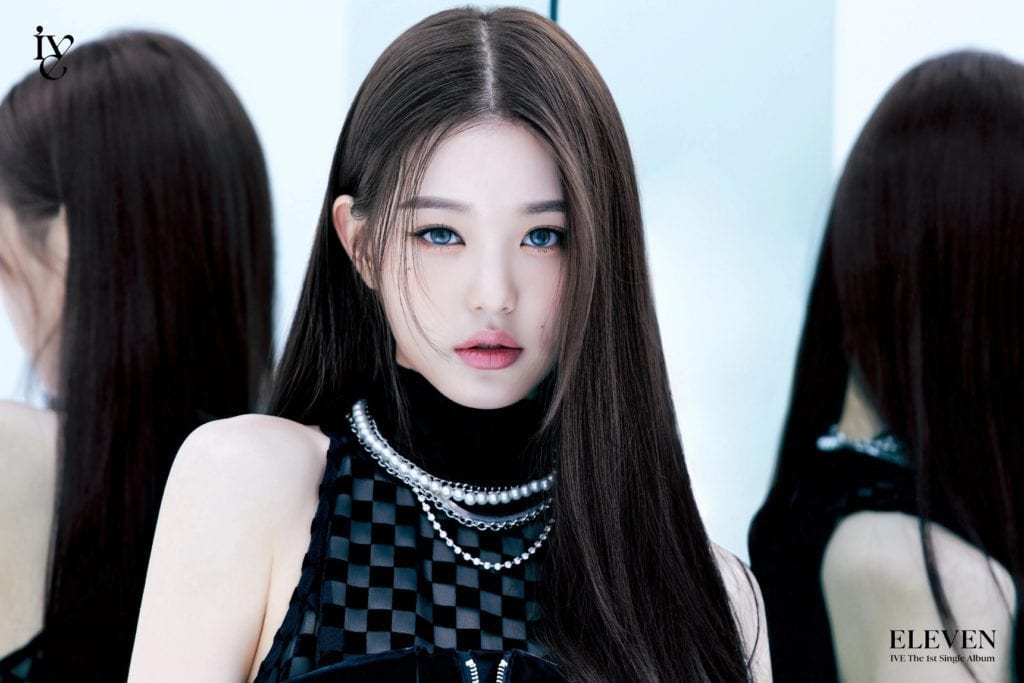 Wongyoung is the youngest member of IVE and is one of the group’s lead vocalists as well as its center. She made her debut in 2018 when she appeared as contestant on the girl group competition show Produce 48. Wongyoung placed first on the show and went on to become a member of IZ*ONE. While IZ*ONE was fairly popular, the group was on a special contract that only lasted for two and a half years. They disbanded when the contract expired.

After IZ*ONE disbanded, Wongyoung returned to Starship Entertainment as a trainee, but a few months later she was revealed as a member of the label’s new group IVE, along with fellow IZ*ONE member An Yu Jin. IVE recently made its debut at the beginning of December 2021.

Wongyoung was one of the youngest trainees on Produce 48; she was only 14 years old and celebrated her 15th birthday during the show’s finale. 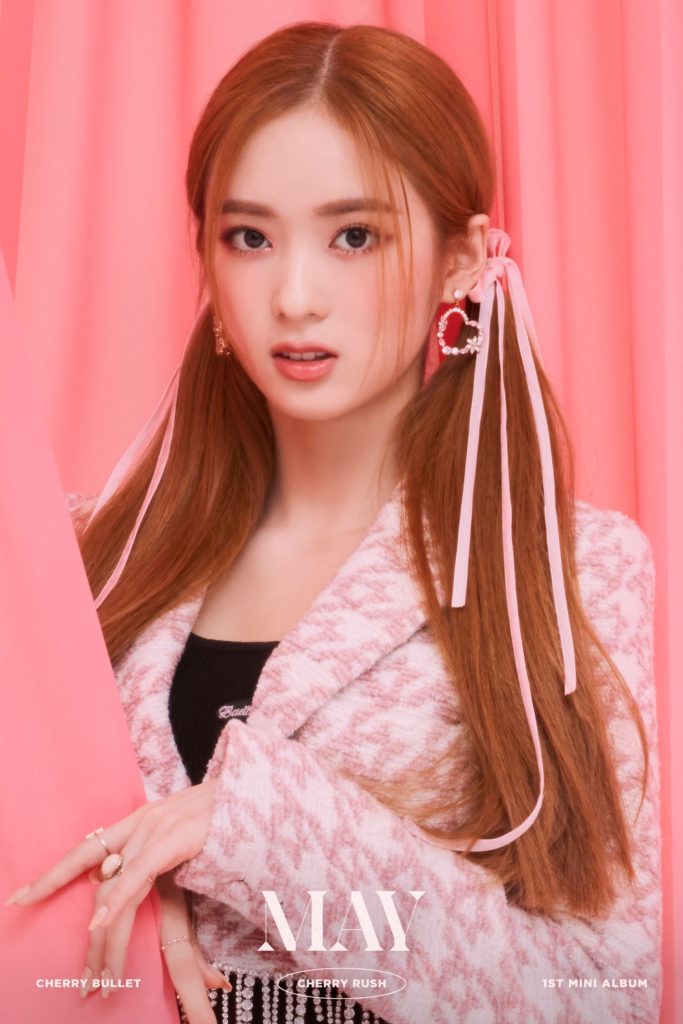 May, who is originally from Tokyo, is currently the youngest member of Cherry Bullet. She is also the group’s lead dancer and visual. FNC Entertainment had originally announced the creation of Cherry Bullet in 2017, but its members were not announced until a year later. May was one of the first three members revealed in 2018. The group officially debuted in early 2019.

In 2021, May competed on the reality show Girls Planet 999. May was part of the group that had idols from Japan. She made it quite far on the show, but was eliminated in the penultimate episode after the third round of eliminations.

As a kid, May trained in rhythmic gymnastics. 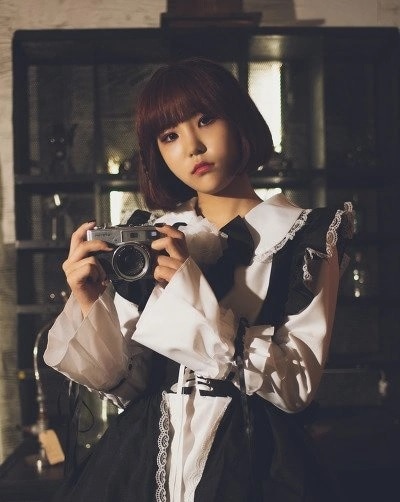 Heesun is another 16 year old female K-pop idol and she is the youngest member of PinkFantasy and its sub-unit group Sugar Powder. She has been in the K-pop industry since she was a young child, appearing as a member of kid group CutieL from 2014-2015. A few years later, in 2018, Heesun became a member of Sugar Powder, which was mostly used to promote PinkFantasy before the group officially debuted in late 2018.

In late 2019, Heesun left PinkFantasy because of depression and anxiety. However, she recovered enough and returned to the group in 2021.

After her leave of absence from the K-pop industry, Heesun worked her way back in by becoming a third-generation member of the trainee group MyDoll Girls in 2020. Heesun was also a first generation trainee with MyDoll Girls before debuting with PinkFantasy. 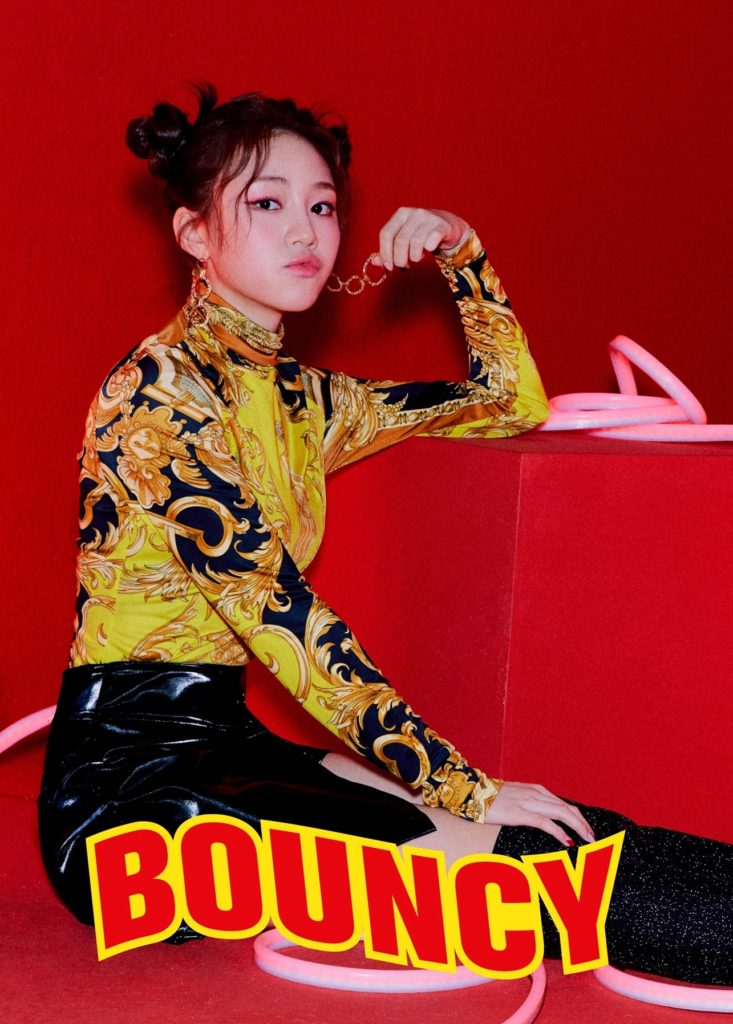 At the age of 16, Dahyun (not to be confused with the more famous Dahyun from Twice) is currently the youngest member of Rocket Punch. Since the group has no official roles, Dahyun doesn’t hold a special position besides being the group’s maknae or baby member. Before debuting with Rocket Punch in 2019, Dahyun was briefly a trainee with SM Entertainment. Dahyun trained for two years before making her debut.

Dahyun was the first to be revealed as a member of Rocket Punch before the group debuted. 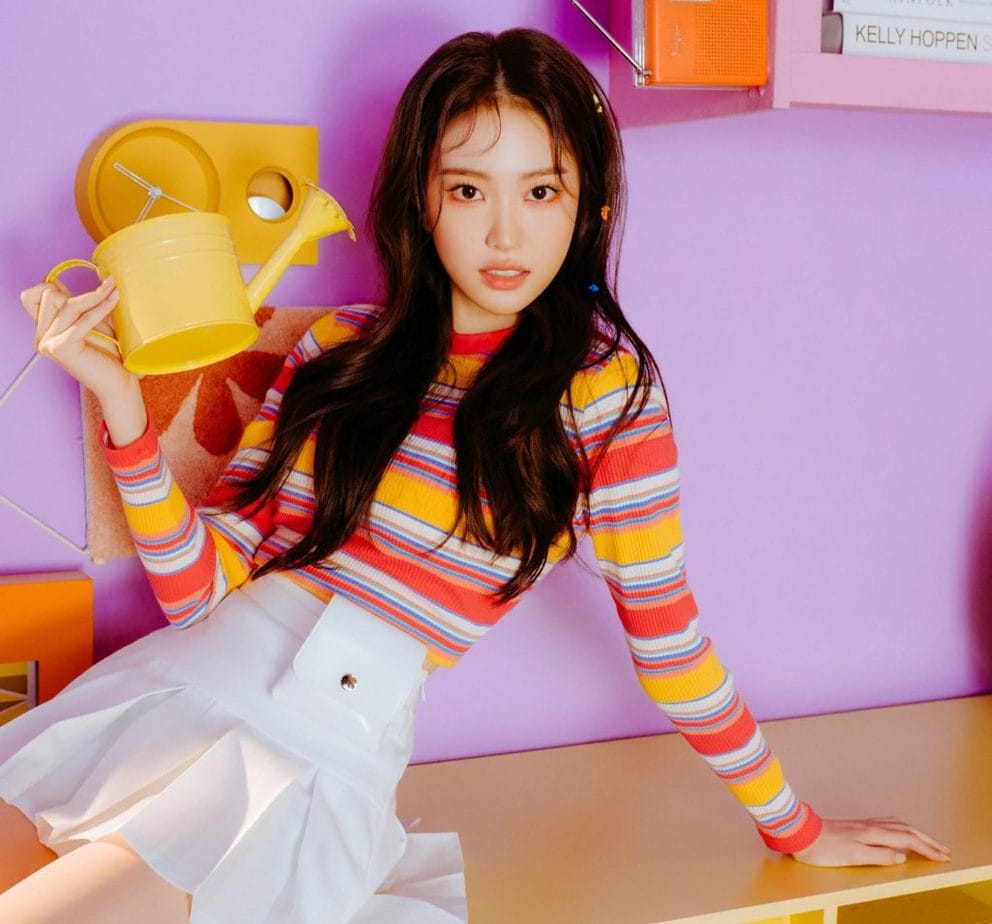 Zoa is currently the youngest member of Weekly and she serves as the group’s main rapper and visual. She became a trainee with IST Entertainment in 2019 and had the shortest training time out of all Weekly’s members. Weekly debuted in May 2020 with a mini album titled We Are.

While she was still a trainee, Zoa came to the attention of K-pop fans for her physical beauty despite being so young. IST Entertainment agreed as she the visual, or most beautiful member, of Weekly.

Zoa said that if she wasn’t an idol, she would like to be a writer or an announcer. 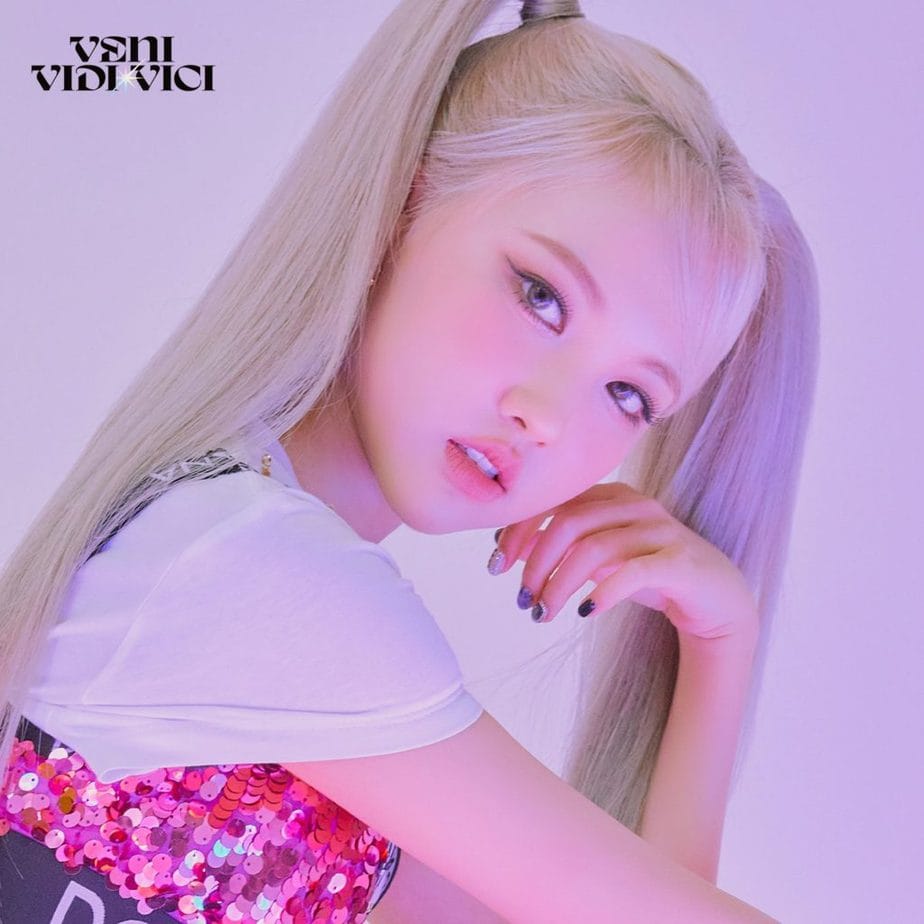 Jia is another young member of TRI.BE who is only 16 years old. She is currently one of the group’s vocalist and does not have another special role. Originally from Taiwan, Jia was a model before she moved to South Korea to become an idol trainee in 2018. Jia trained for a year and a half before making her debut with TRI.BE in 2020.

As a young child, Jia did well in school, ranking first overall and holding the title of class president every year. 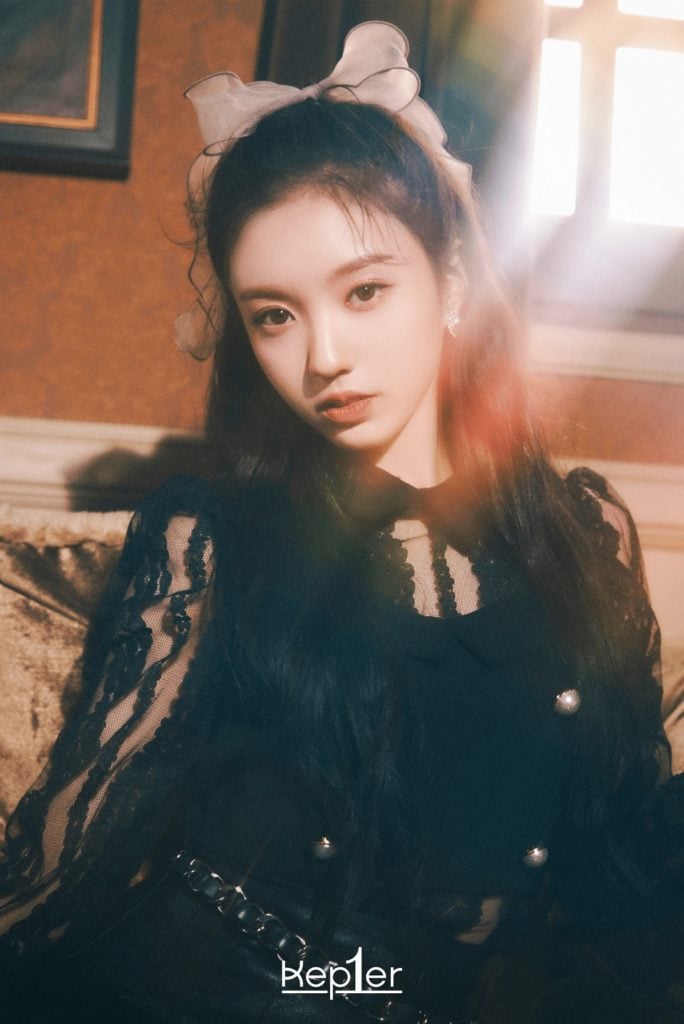 Yeseo has been active in the South Korean entertainment industry since 2010 and began acting when she was only 5 years old. Currently, Yeseo is the youngest member of Kep1er at the age of 16. Yeseo made her debut as an original member of the kid group CutieL. She was with the group until 2013 and the following year, it was announced that she would be a member of the kids group Pritti. However, for unknown reasons, Yeseo left the group before it debuted.

In 2019, Yeseo joined the girl group Busters s the newest lead vocalist following Minjung’s departure. Yeseo only stayed with Busters for a year before moving on to 143 Entertainment as a trainee. She appeared as a contestant on the reality show Girls Planet 999 and ended up ranking 6th overall. This earned her a spot as a member of Kep1er.

In addition to her job as a K-pop idol, Yeseo continues to act and most recently appeared in the television series Bosam: Steal the Fate. 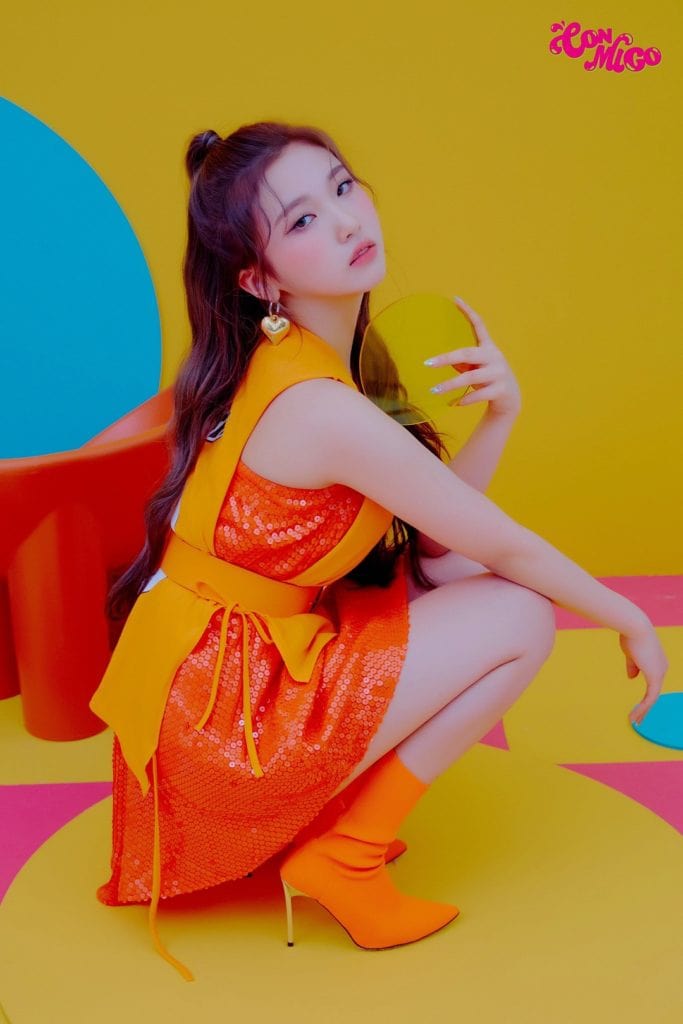 SoEun is the second youngest member to TRI.BE behind Mire, who is only a few months younger. She was revealed as the fourth member of the group on September 2, 2020. SoEun decided that she wanted to be a K-pop idol when she was in seventh grade and she trained for nearly a year and half before making her debut.

Reportedly, not many producers were interested in SoEun when she auditioned to be an idol, but Shinsadong Tiger, the producer of TRI.BE, saw something special in SoEun and recommended her for the group. SoEun is now one of the lead vocalists for TRI.BE. 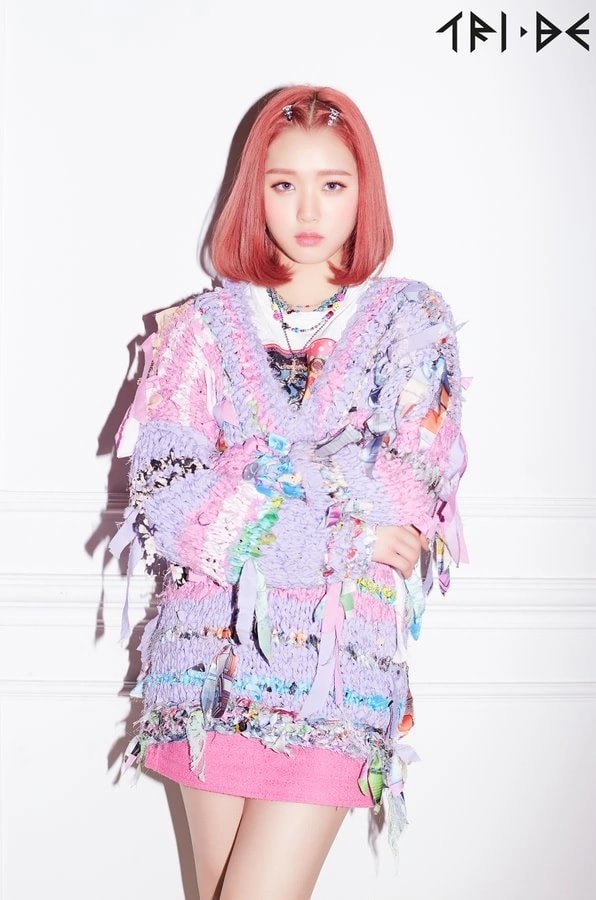 Mire, who is originally from Japan, is the youngest member of TRI.BE. She moved to Korea because she was a big fan of K-pop. Before being selected as a member of TRI.BE, Mire only trained for six months. Mire was the first TRI.BE member to be revealed on August 21, 2020. TRI.BE made their debut in early 2021.

Mire grew up dancing and participated in many dance competitions as a kid. When she was 11, Mire learned locking, hip hop, and pop dancing. 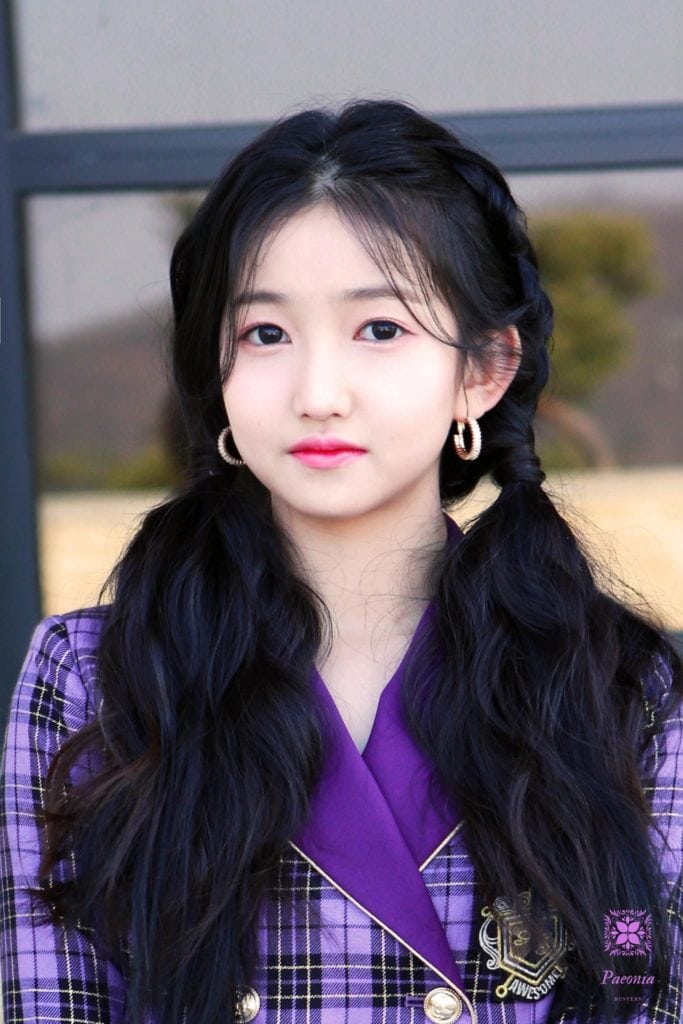 At the age of only 15 years and 3 months, Minji is currently the youngest female K-pop idol in the industry. Minji is currently the group’s lead dancer, rapper, and vocalist. She was added as a new member to Busters in 2020. Busters originally, debuted in 2017 with completely different members. At the time, Busters was one of the youngest K-pop groups to ever debut, with the average age of its original members being only 13 years old.

Minji’s older sister, Jieun is also a member of Busters. Both Minji and Jieun were a part of Y.E.S., a group which was made up of young NOH Entertainment trainees. The group never actually debuted, but some members went on to join other groups.

Minji was an actress as a child and she also won a grand prize at a children’s dance competition. 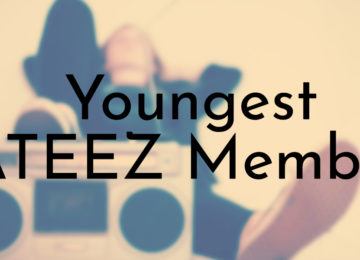