Of course, all American cities have different populations,with a significant amount of both cultural and age diversity. Stay with us as we explore eight cities in America that boast the youngest populations, based on the median ages of men and women in these communities. 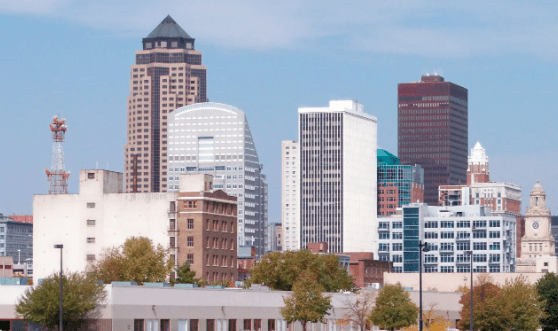 Des Moines was named the number one insurance hub in America and the 3rd global insurance hub. Although it’s only 234.9 km², Des Moines is the headquarters of top-leading world companies such as Ruan Transportation, Principal Financial Group, EMC Insurance Companies, and Wellmark Blue Cross Blue Shield.

In addition, Des Moines is the home to high-end and premium logistical and data-processing facilities by Facebook, Microsoft, and Hewlett-Packard.

Des Moines’ population is 50.8% female and 49.2% male, with the population’s average age being 34. It is also the birth city of Brandon Routh, the man behind Superman’s character in the movie Superman Returns. 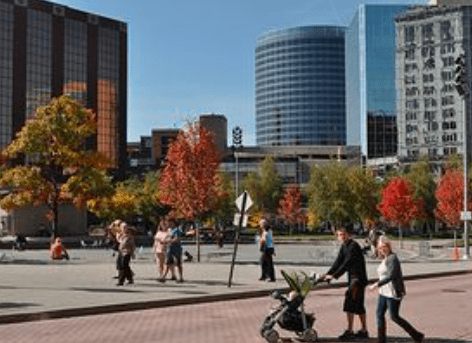 Grand Rapids is Ken County’s county seat and the second-most populous city in Michigan State. Its average median age is 31.4, making it one of the most youthful cities in America.

Grand Rapids has a population of 198,917, and sits on a 45-mile square of land in the western central area of Michigan. It was officially crowned a city in 1850 with a population of 2,686.

Gerald R. Ford, United States’ 38th president, was born and raised in Grand Rapids. It is also home to Fredrick Meijer Gardens, one of the world’s most visited art museums, and the Gerald R. Ford Presidential Museum – the burial site for Gerald Ford.

The population density of Grand Rapids population is 4,550 residents per square mile, and the average household income is $65,615. This falls just slightly below America’s median household income of $67,521, which may be reflective of the city’s generally young population. 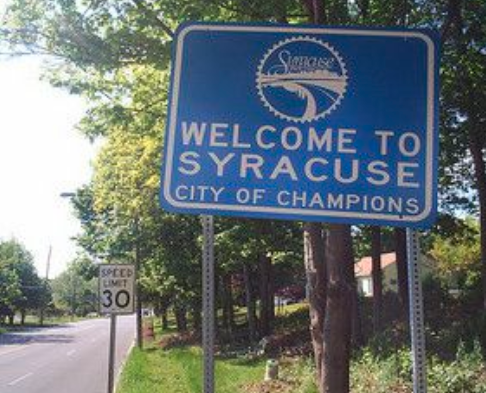 Syracuse is Onondaga County’s county seat, and the fifth-most populous city in New York State. In 2020, the city’s population was 142,874, and the median age of inhabitants was 31.2.

Perhaps the city’s young population can be attributed to its internationally recognized universities, including Upstate Medical University, Le Moyne College, and the SUNY College of Environmental Science.

Syracuse experiences the biggest snowfall in the country, with an average of more than 110 inches annually. It also hosts the funniest and longest-running State Fair in the United States. 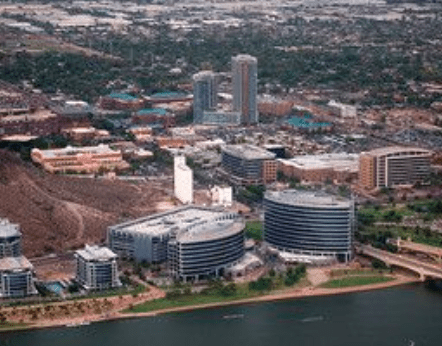 Tempe, Arizona is a fast-growing city located southeast of Phoenix. It’s a suburb of the bigger city, with a population of 187,454, and it’s home to Arizona’s number one university, Arizona State University. With a student body of nearly 75,000, it’s little wonder that Tempe boasts one of the youngest demographics in the United States. 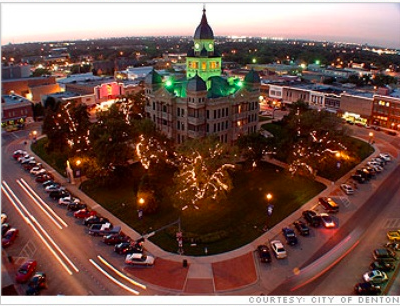 Denton formally became a city in 1957. Over the course of its 160 years since establishment, it became widely known for its two leading universities – the University of North Texas and Texas Woman’s University – as well as its spectacular live music scene, and great courthouse square.

According to recent studies, Denton city has a fast-growing population rate of 2.23 percent per year. This can likely be attributed to the city’s overwhelmingly young population.

The biggest Texas horse ranches are found in Denton city. 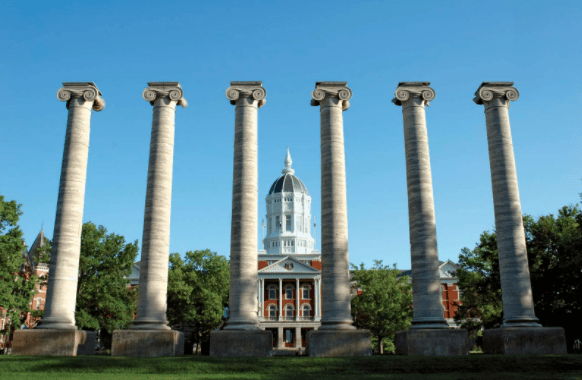 Columbia is in Boone County, Missouri. It is the capital and largest city of the Columbia Metropolitan Area, and is home to the University of Missouri, established in 1818. Its average age of inhabitants is approximately 28.5 years.

With over 120,248 people, Columbia is Missouri’s fourth most populous city. Hundreds of people flock to the downtown area for the Twilight Festivals in June and September. Art in the Park and the Fall Festival of the Arts, both of which feature the work of local, county, and national artists, are also popular events.

The city’s vibrancy is unrivaled, with a youthful generation and a plethora of attractions to discover and explore.

90.95% percent of Columbia inhabitants were born in America, with native Missouri residents accounting for 57.13 percent. 6.04 percent of residents are not American-born. 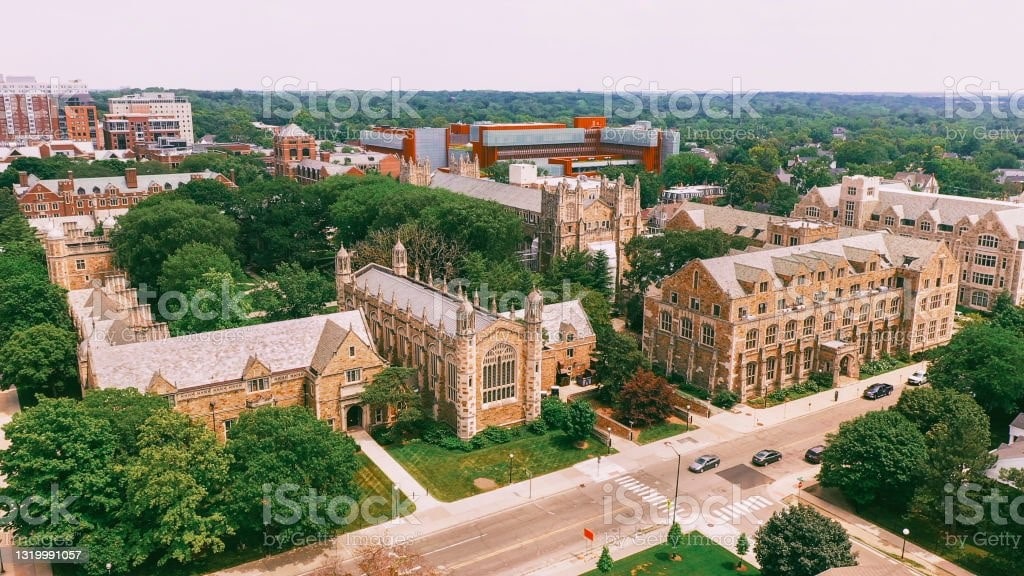 Ann Arbor is the central city of the Ann Arbor Metropolitan Statistical area. Based on the 2020 census, the city’s population was 120,735, and the median age was 27.5.

Ann Arbor is home to the prestigious University of Michigan, with approximately 45,000 students and 30,000 employees. The economy of this city is dependent on its high technology, robust development infrastructure, and Michigan University’s research.

Ann Arbor is a major medical center, with a significant pharmaceutical research institute and many tech-savvy research and development companies. 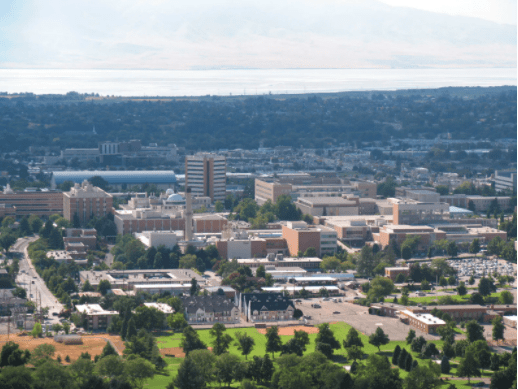 Provo, Utah, is America’s youngest city by age, with a 23.6 year age average. It is also the 3rd largest city in Utah County.

Provo houses some of the world’s most visited museums, as well as the famous Brigham Young University. It became a city in 1849, following the establishment of its first schoolhouse. It sits on a 41-square mile land area, making it the second-largest city in Utah.

Provo City has 27 parks with 800 acres of developed parkland and 35 miles covering paved pathways. It is known as “The Garden City,” thanks to its extensive fruit orchards, tress, and gardens.