While the United States did not officially become a country until July 4, 1776, Europeans had been establishing various settlements in the Americas since Christopher Columbus landed in 1492. Following Columbus’ arrival, the Spanish were the first to start claiming land and building permanent settlements – the oldest state capital dates back to this time period. By the of the 17th century, English settlements were the most abundant and a majority of the oldest state capitals were founded by English explorers.

Many of these state capitals played important roles in the history of the United States, serving as sites of pivotal events that led to the American Revolution. During the Civil War, most of the capitals on this list once again were central to America’s conflict. All of the oldest U.S. capitals proudly celebrate their history and today, are some of the best tourist attractions in the country. 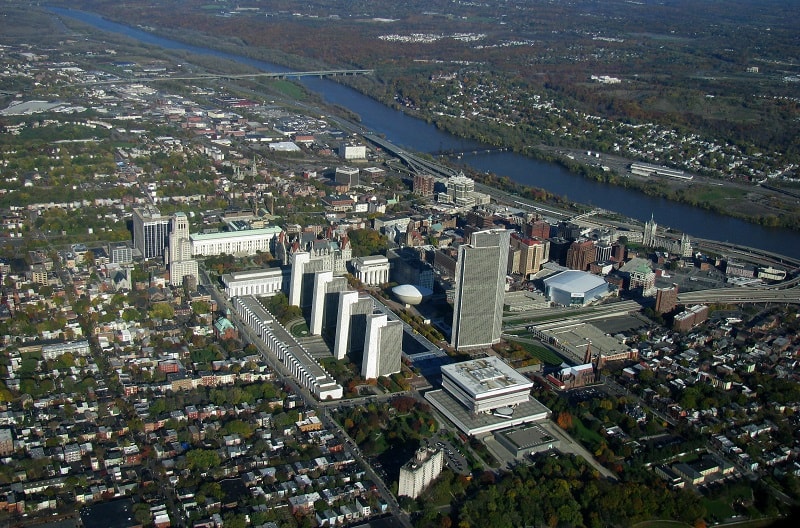 Albany has a history going back several centuries before becoming New York’s capital in 1797 – the city is one of the oldest surviving European settlements in the United States. The city of Albany traces its roots all the way back to 1609 when English explorer Henry Hudson claimed the area for the Dutch. A few years later, the New Netherland Company established Fort Nassau, but the fort was washed away within a few years. Eventually, in 1624 a more permanent settlement was established and named Fort Orange – this is typically considered the true beginnings of Albany as the city grew as the Dutch encouraged people to stay and cultivate the land. Albany was granted a charter recognizing it as a city in 1686, making Albany the oldest continuously chartered city in the United States.

Due to its location along the Hudson River, Albany has always been a major center of trade and transportation. This has aided in Albany’s growth over the years as waves of immigrants have often settled in the city. 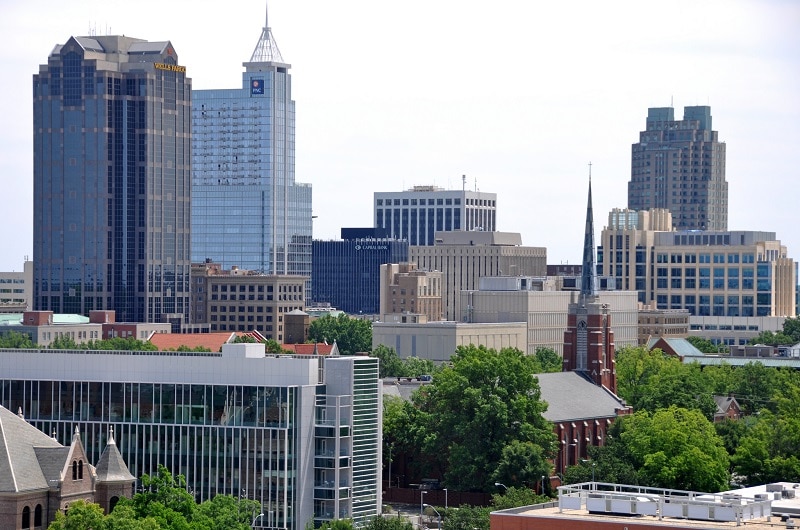 Along with a few of the other capitals on this list, Raleigh was one of the first planned cities in the United States. In 1788, the Constitutional Convention was looking for a central location to establish a new capital  and they purchased 1,000 acres of land from Joel Lane, an early settler in the region. They decided to name their new capital Raleigh after English explorer Sir Walter Raleigh. 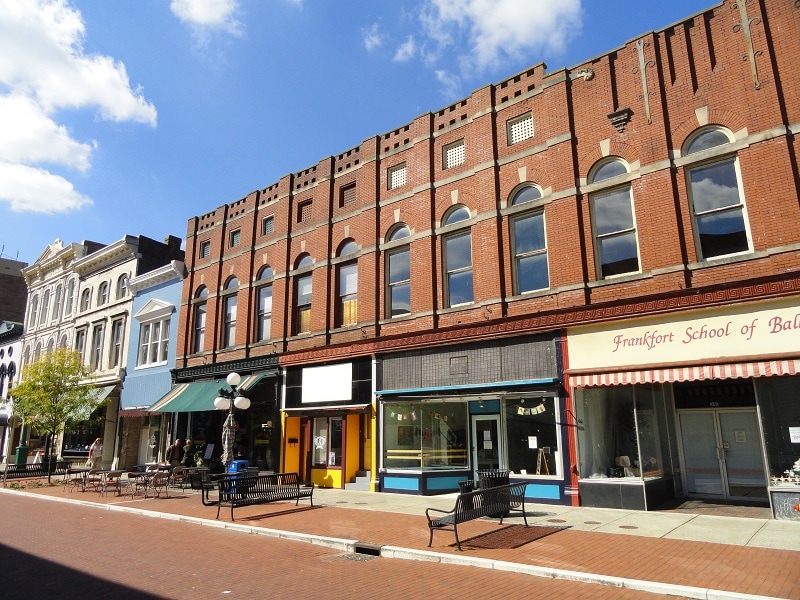 English explorers first started visiting the area that would become Frankfort in the early 1750s. According to an often cited story, the name Frankfort is a shortened version of “Frank’s Ford”, after frontiersman Stephen Frank who was killed at or near the area in a skirmish with Native Americans in 1780. General James Wilkinson is considered to be the founder of Frankfort when the 100 acres of land that he bought in the area was designated as Frankfort by the Virginia legislature (Kentucky was still a part of Virginia at the time).

After Kentucky became a state in 1792, Frankfort outbid other towns to become the new capital and the first statehouse was built two years later. Although Kentucky is widely considered a Southern state today, during the Civil War, the state was initially neutral but eventually sided with the Union. Confederate troops held Frankfort captive for a month in 1862. Following the Civil War, Frankfort experienced a time of growth and in the following centuries faced several ups and downs. In more recent years, downtown Frankfort (the oldest part of the city) has been revitalized with the opening of new businesses and the renovation of many historic buildings.

In 1786, Senator John Lewis Gervais introduced a bill that was approved by the legislature to move the capital from Charleston to a more central location. After a lot of deliberation, the legislature voted to name the new capital Columbia. After Dover, Columbia became the second planned city in the United States – commissioners designed a town of 400 blocks in a two-mile square along the Congaree River.

South Carolina was the first state to secede from the Union in late 1860, setting off the events leading up to the American Civil War. Due to this, Columbia became a meeting place for many Confederate agencies and also served as a transportation center. Nearly all of Columbia was destroyed when Union forces under Major General William T. Sherman captured the city. Columbia managed to rebuild after the Civil War and is now the largest city in South Carolina. 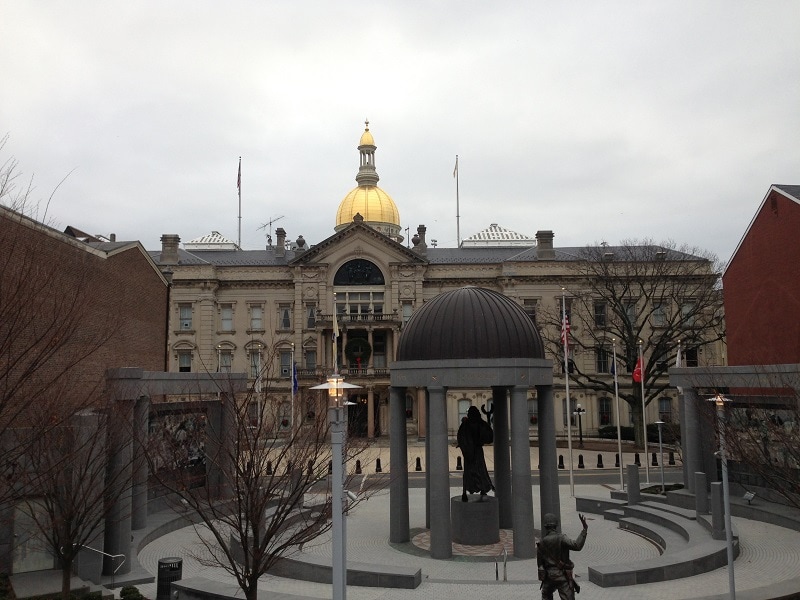 The Quakers established the first settlement in what would later become Trenton in 1679 – the region was known as the Falls of the Delaware at the time. By 1719, the town had changed its name to “Trent-towne” (later shortened to Trenton) in honor of William Trent, who had purchased most of the surrounding land from the Stacy family.

Trenton is probably best known for the Battle of Trenton, which took place on December 26, 1776 after General George Washington famously crossed the Delaware and defeated the Hessian troops. After the Revolutionary War ended, Trenton briefly served as the capital of the newly formed United States in November and December of 1784. The U.S. capital was moved to a location closer to the border between the southern and northern states. Trenton was chosen as the capital of New Jersey in 1790 as the state’s legislature had already been meeting in the city. 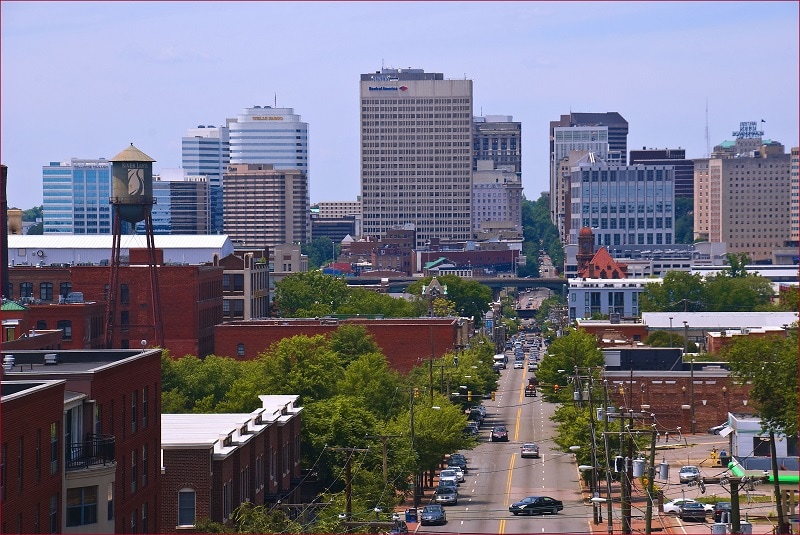 Richmond has a deep history and is probably best known for serving as the capital of the Confederate States of American for nearly all of the American Civil War. After Virginia seceded from the Union in 1861, the Confederate capital was moved from Montgomery, Alabama to Richmond because it was the second largest city in the South at the time and was associated with the American Revolution. This put a target on Richmond’s back and a large portion of city was burned down when the Civil War ended in 1865.

A number of historical landmarks can be found in Richmond, including the Old Stone House (Richmond’s only remaining colonial home and currently the Edgar Allan Poe Museum) and the Museum of Confederacy – the former White House of the Confederacy and executive mansion of Confederate President Jefferson Davis.

Since Delaware became the first state in 1787, Dover is the oldest state capital when going by statehood. In 1683, the area that would eventually become Dover was selected by William Penn to become the court seat of the newly formed Kent County. Although a court house was built in 1697, Dover was not officially established until 1717 when the town was plotted around a central green.

In 1777, the capital of Delaware was moved from New Castle to Dover because it was safer and more centrally located than the old capital. Although Dover is over 300 years old, it has never been been historical significant. However the Delaware convention met in a Dover tavern to ratify the Federal Constitution, making Delaware officially the first state. 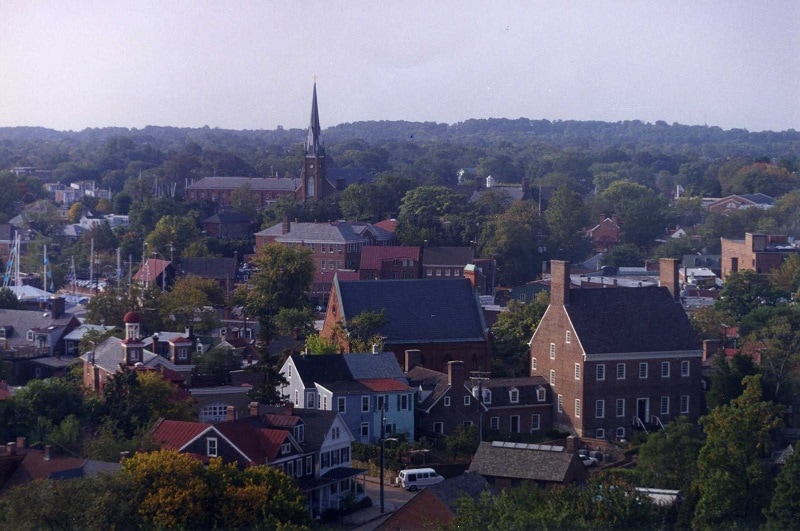 Annapolis was first settled in 1649 by Puritans seeking religious freedom. They settled on the western shore of Chesapeake Bay and called their new home Providence. As the town grew, it was renamed Anne Arundel’s Towne for the wife of Lord Baltimore, the Proprietary Governor of the Province of Maryland. In 1694, Royal Governor Sir Francis Nicholson moved the provincial capital from St. Mary’s City to Anne Arundel’s Towne. Nicholson renamed the new capital Annapolis after Princess Anne, who eventually became Queen of England in 1702.

Like many of the capital cities in the original 13 colonies, Annapolis was an important meeting place during the American Revolution. Annapolis is also home to most 18th century buildings in America. One of the capital’s most important buildings is the Maryland State House, which was built in 1772. The state house was where Congress ratified the Treaty of Paris on January 14, 1784, which ended the American Revolution.

Boston is one of the most historical cities in America as it was the site of several major events that led to the founding of the United States. Prior to European settlement, early Boston was inhabited by the Massachusetts tribe of Native Americans who had lived in the area since at least 2400 BCE. European settlers initially called their new settlement Trimount for the three hills: Mount Vernon, Beacon Hill, and Pemberton Hill.

In 1630, Puritans from the Massachusetts Bay Company fled to the colonies to escape religious persecution in England. After their first settlement failed, the Puritans moved to Trimount in September 1630 and renamed their new colony Boston after their hometown in England. From the beginning, Boston was a place of rebellion against British rule, which made it the perfect spot to plan the American Revolution. Boston became the site of two major events that set the Revolution in motion, the Boston Massacre and the Boston Tea Party. Since then, Boston has celebrated its history and is a popular tourist destination. 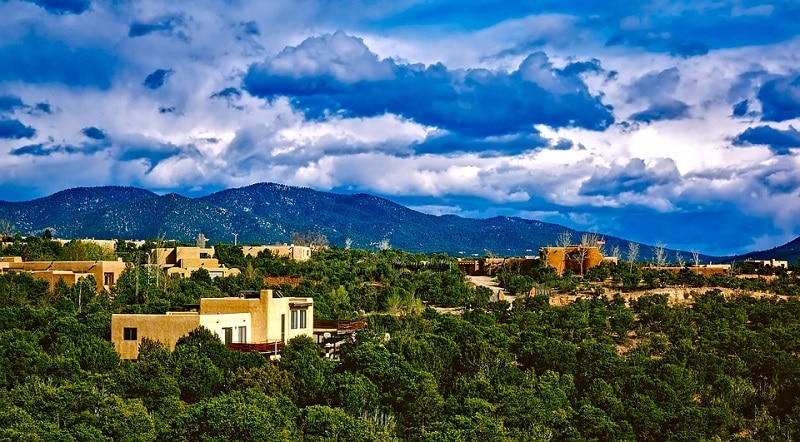 Founded in 1610 – over a century before the United States became a country – Santa Fe is the oldest state capital in the U.S. The Spanish Crown had occupied the “Kingdom of New Mexico” since 1540 and the first capital was located at San Juan Pueblo, about 25 miles north of Santa Fe. Don Pedro de Peralta was appointed Governor-General of the Kingdom of New Mexico in 1910 and the following year he moved the capital to Santa Fe, where it has remained for over 400 years.

In addition to being the oldest state capital, Santa Fe is home to the oldest American public building, the Palace of the Governors – it was also built in 1610 and has been continuously used since then. Santa Fe also hosts the oldest community celebration in the U.S., the Santa Fe Fiesta, which was established in 1712.