The history of America is a storied one – a melting pot of various creeds and cultures. Many came here in unique ways. In some ways it was tragic, and in others, awe-inspiring. After Columbus came to the Native American land in 1492, it wasn’t long before infrastructure formed, well before we even called ourselves the United States.

With the vast array of different peoples that have come to enrich our collective history since the 1500s, it’s no surprise that the architecture, the cities, and the towns that paint our country reflect those unique experiences and cultures.

So, if you have an eye for architecture, history, and a love for the marriage between the two, then join me as we take a look at the eight oldest towns in the United States that helped form the American identity. 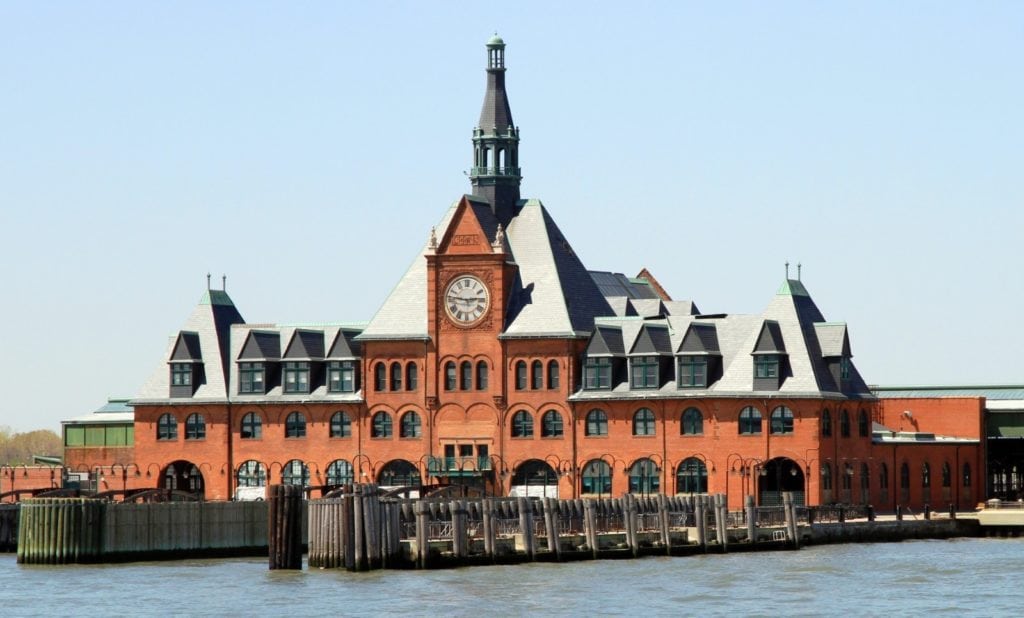 With a population count flirting with nearly 300,00 people, it’s no surprise that Jersey City is the second-largest city behind Newark. It was originally occupied by the Lenape people, also known as Delaware Indians. The land was discovered again by an English explorer named Henry Hudson and was bought by the Dutch West India Company in 1621.

Nowadays, Jersey City and New York are connected via the Hudson River, and share transit, manufacturing, and other production services seamlessly with each other, making them crucial players in the wellbeing of millions of people beyond just those in Jersey.

The Statue of Liberty is technically standing tall and proud in Jersey City, despite New York having legal jurisdiction. We can add that to the list of things New Jersey natives have the right to be proud of (alongside the invention of the graphite pencil). 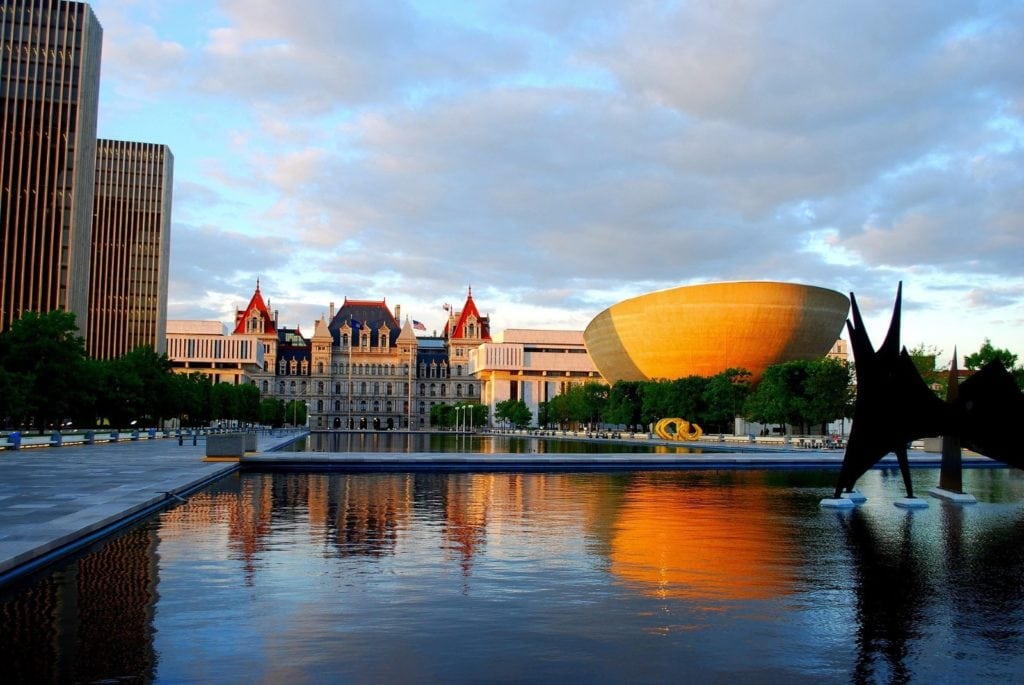 Albany was named in honor of the Duke of Albany after the English took control of the land in 1664. A group of Dutch traders helped build the land that went by Fort Nassau at the time of its discovery. In the modern-day, Albany is known for its affluent demographic, competitive standards for higher education, state-of-the-art architecture, and commerce.

Today, Albany is an economic powerhouse for New York State, following the footsteps of their track record dating back to the 18th and 19th centuries, where they were at the center of transportation and trading goods.

In 1797, Albany became the capital of New York State. Always at the forefront of human ingenuity, the city is responsible for a few minor inventions: the telegraph and the electric motor. 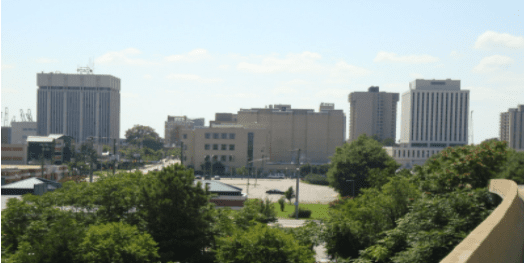 Newport News was called a shipbuilding town around the 1880s, when rail lines started funneling in coal to aid the newly budding ship industry. The English seemed to have a real knack for exploring, as Newport was yet another city they brought out of the shadows and into the light in 1613.

Even today, Newport News is a massive industrial labor employer, expanding from shipbuilding to the production of aircraft carriers, submarines, and other gadgets for the military.

Newport News represents a combination of two cities: Warwick and Newport were separated before 1958 but decided to merge, adding approximately 85 square miles of land. Newport also contains 32 city parks, offering all kinds of recreational activities for the outdoors enthusiasts and those who just like to have fun. 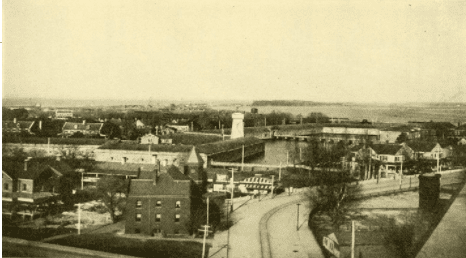 Kecoughtan was home to the Algonquian Native Americans before colonists led by Captain John Smith arrived in 1607. Before Smith, the land was called Kikotan. Unlike other meetings between colonists and natives, the relationship was friendly for a time. Unfortunately, all good things come to an end.

In the inevitable fight for control of the land, the Indigenous community was forced out of their town and murdered by the colonists in 1610. Out of the bloodshed, Kecoughtan was born.

In 1690, Kecoughtan merged with the much larger neighboring town of Hampton. In 1952, Hampton was joined by two more towns. These were Elizabeth City County and Phoebus, forming the City of Hampton.

As we learned above, Hampton is an intriguing blend of a few towns that came together, discovered by the same people that founded Jamestown. Hampton began as an outpost for the English, which was originally known as Old Point Comfort.

Today, the city is home to a garden variety of successful enterprises, including the Langley Speedway NASCAR track.

Hampton is home to the NASA Langley Research Center, established in 1917. It’s one of the oldest field centers in the country and dedicates itself to the study of space and aeronautics.

Santa Fe translates to Holy Faith. It’s considered one of the premier art destinations in the world, and the envy of cities and towns worldwide. Thousands come to visit each year. Before Spanish colonists came in 1607, this land belonged to the Indigenous.

From 1680 to 1692, the Indigenous managed to stave off Spanish colonists but eventually conceded after depletions in their resources.

Santa Fe holds the oldest government seat in the United States. Known as the Palace of the Governors, it was built around 1610 by Spanish colonists. It’s worth noting that the elevation is 7000 ft. above sea level, which makes it the third highest in America and almost 2000 ft. higher than Colorado elevation, for which it is infamous.

Jamestown, previously James Fort in honor of the English king, stands as the first English Colony in North America that’s remained a permanent fixture. After its discovery on April 26, 1607, the town struggled in its infantile years and was temporarily
abandoned in 1610. A few years later, Virginia became a British royal colony, and Jamestown was the colonial capital until 1698.

After the Civil War’s end in 1865, much of Jamestown was stripped down to a shell of what it was. Turned into ruins, many took the responsibility of preserving what remained at the start of the 1900s. In 1936, it turned into a national park under its new name, Colonial National Park.

The early history of Jamestown is a gruesome one. Ranging from cannibalism (called “the starving time”), testy encounters with the natives, mail-order brides needed to repopulate the settlement consisting of exclusively men, water contaminated with fecal matter, and a wipeout of over a third of the colony. It’s a miracle that they managed to survive until the Civil War.

Despite the hardships, Jamestown became the birthplace of American democracy.

St. Augustine is the oldest town in the United States.

If you spent your childhood in Florida, there’s a good chance you’ve been on a school field trip to St. Augustine. If not, we hope this will encourage you to go someday! At a young age, it’s hard to appreciate the incredible history behind the most ancient town in America. But it’s never too late to learn and discover things about this place beyond just the knick-knacks riddled throughout the strip of gift shops.

In 1822, the town was officially assigned as part of the United States.

St. Augustine was founded by Pedro Menéndez de Avilés. He was a successful admiral in the military, who wasn’t just known for the discovery of the most important place in the region for almost three centuries, but for developing the Spanish treasure fleet.