Texas became the 28th state in 1845, but has a history stretching back to the 16th century and even further if you count its use by Native American tribes for thousands of years. While the Spanish visited the area for a number of years, they did not really start establishing missions or settlements until the early 18th century. However, some of the towns and cities on this list have existed since the Spanish explorers first arrived. All of these towns and cities have survived several transitions of power as Texas moved from being a Spanish territory to its own republic and eventually a part of the United States.

For this list we chose to use the dates of the first European settlements or missions as the towns’ founding dates. 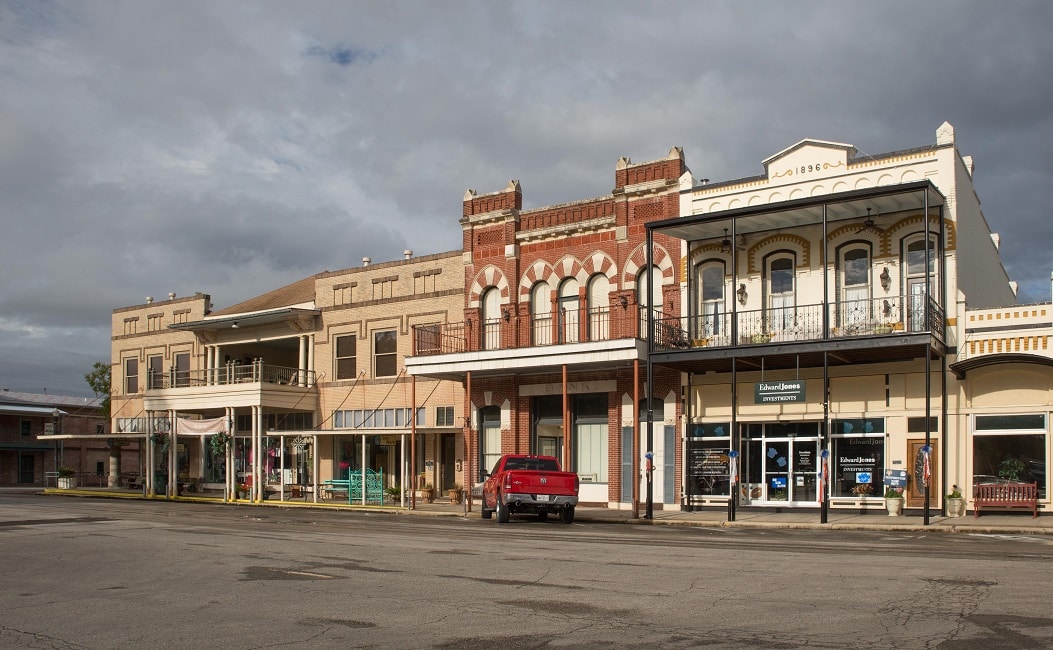 Goliad is another small Texas town that has a long history dating back to the Spanish colonies. The town was established in 1749 when colonizer José de Escandón recommended moving a mission and its presidio (basically a fort) from the Guadalupe River to a site named Santa Dorotea, on the San Antonio River. A new presidio, La Bahía, was built at the new site and a small settlement grew.

Eventually, the town was renamed Goliad as an anagram for Father Hidalgo, the priest who instigated the Mexican independence movement. While Goliad is a small town, it is notable for its involvement in the Texas Revolution. Most infamously, Goliad is the site of the Goliad Massacre, in which over 400 prisoners of war from the Texian Army of the Republic of Texas were killed by the Mexican Army.

The Texas Mile, a fairly popular land speed auto racing event, was founded in Goliad in 2003, but the event was moved after the U.S. Navy reclaimed the airport that was used for the races. 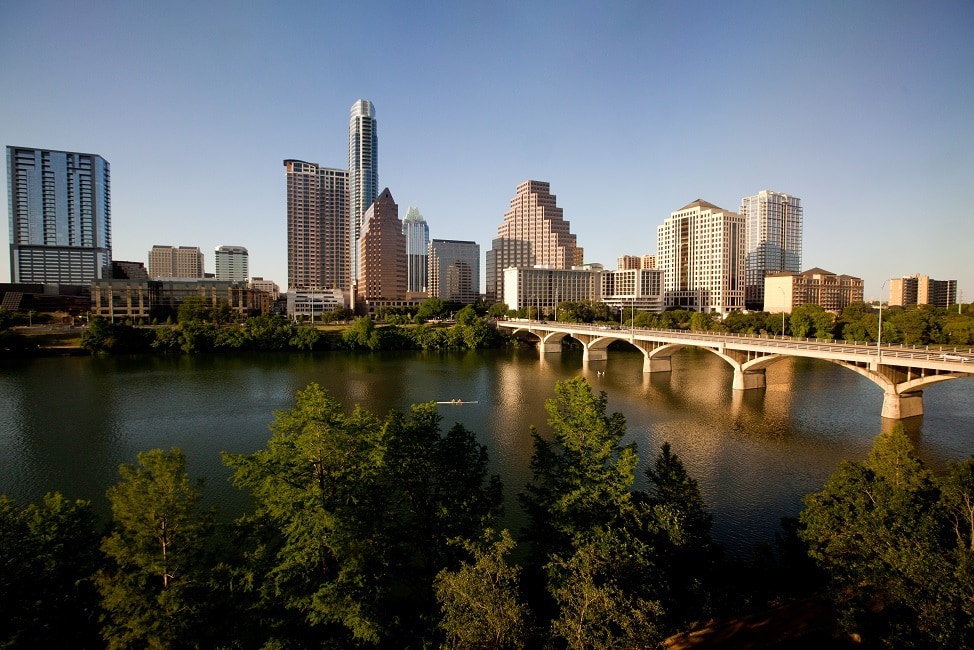 Austin, the capital of Texas, wasn’t permanently settled by the Europeans until the 1830s, but the first Spanish mission was built in 1730. Prior to this, nomadic tribes of Tonkawas, Comanches, and Lipan Apaches camped and hunted along the creeks in the area for hundreds of years. The early Spanish missions were only temporary and the first permanent settlement was the village of Waterloo, founded in 1837.

While Waterloo was a tiny village at the time, the newly formed Republic of Texas chose Waterloo to serve as its capital in 1839 and was renamed Austin. After it was chosen as the capital, Austin quickly grew and by the 1880s, it was large enough to be called a city. Austin has been the capital of Texas for 180 years and has continued to grow. Today, Austin has a population of nearly 1 million people.

Austin is the only city in the world that still uses moonlight towers, which are essentially large street lamps from the 19th century. 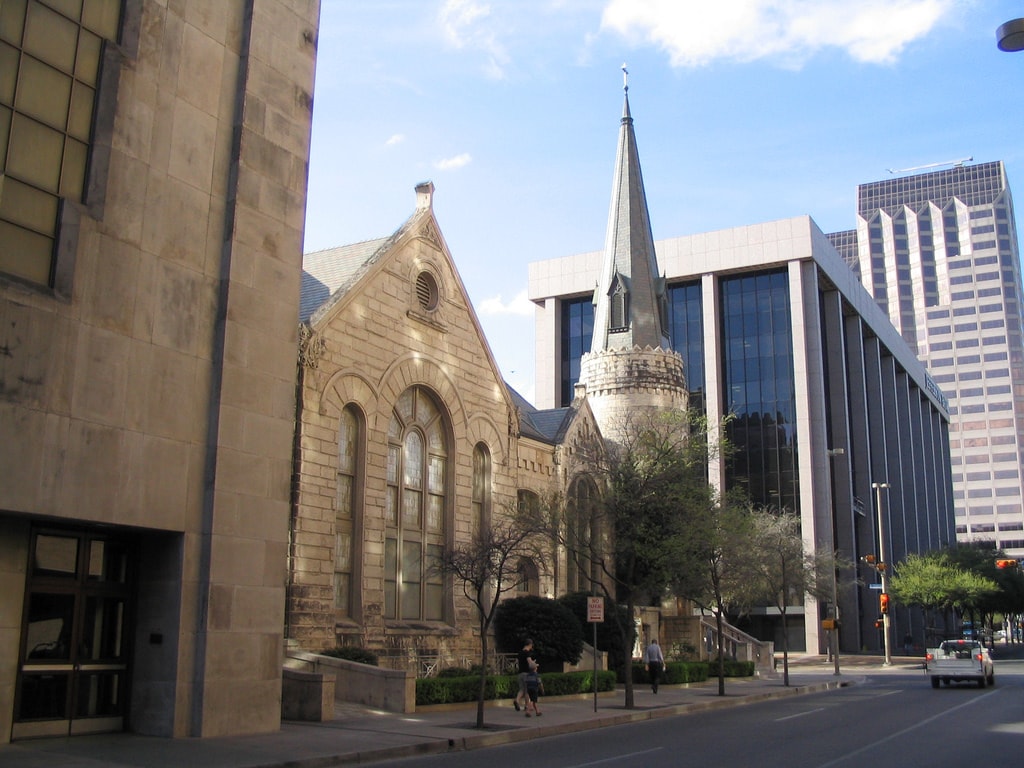 San Antonio is not the second largest city in Texas in terms of population, but it is also one of the 10 largest cities in the entire United States. Additionally, San Antonio is one of the country’s most historic places and contains many 18th century Spanish colonial landmarks, including The Alamo. A few of these places, like The Alamo and San Antonio Missions National Historical Park, were designated UNESCO World Heritage Sites in recent years.

Like a few of the other towns on this list, San Antonio was first visited by Europeans in the 16th century, but a mission was not set up in the area until 1718. This mission, San Antonio de Valero, was the first of five Spanish missions built along the San Antonio River in the 18th century. San Antonio soon became an important settlement to colonial Spain and it was designated the capital of Spanish Texas in 1773. Since then, San Antonio has remained culturally and economically important to the people of Texas.

San Antonio (both the city and the river) was named for the Portuguese Franciscan friar Saint Anthony of Padua in 1691 after a Spanish expedition was traveling in the area on June 13th, the Feast Day of Saint Anthony. 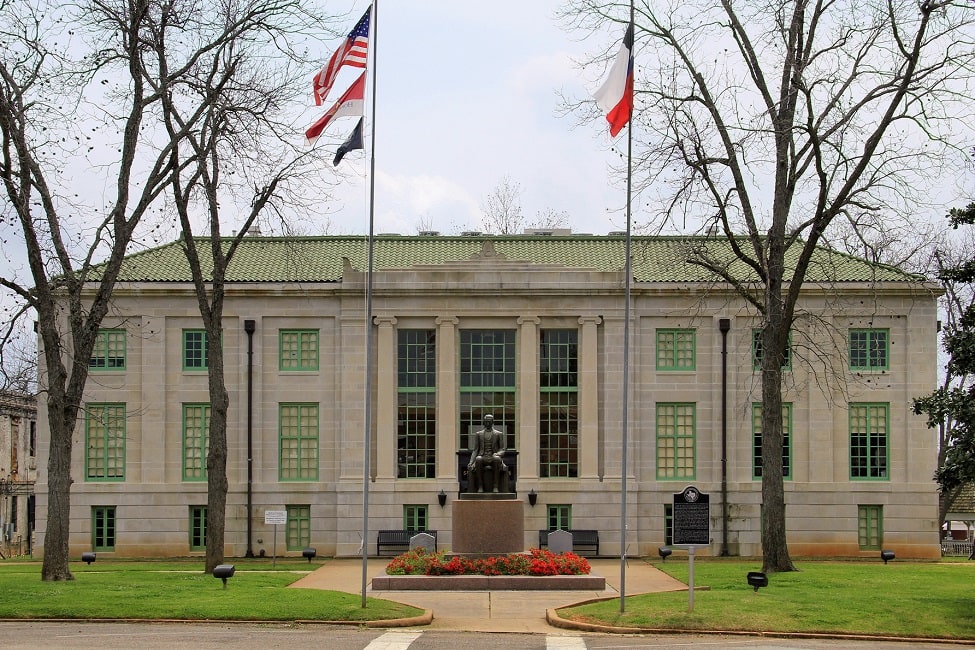 Like nearly all of the towns on this list, San Augustine was already inhabited by Native Americans, in particular the Ais (Aies, Ayish) tribe of the Hasinai Indians, long before the first Europeans arrived. It is believed that the first Europeans to visit what is now San Augustine were part of Spain’s Moscosco expedition in the 1540s. However, they did not establish any sort of mission or settlement and the Ais tribe was left alone for over 150 years.

The Spaniards returned in 1691, but did not establish a mission in the area until 1717. The mission was temporarily abandoned because of the threat of invasion from the nearby French settlers. In 1721, the mission was reopened and a more permanent settlement was built in 1779 after the threat of the French had died down. Today, San Augustine is a small town with just over 2,000 residents. ‘

Despite being such a small town, San Augustine is the county seat city of San Augustine County and was the largest town in the area for many years. 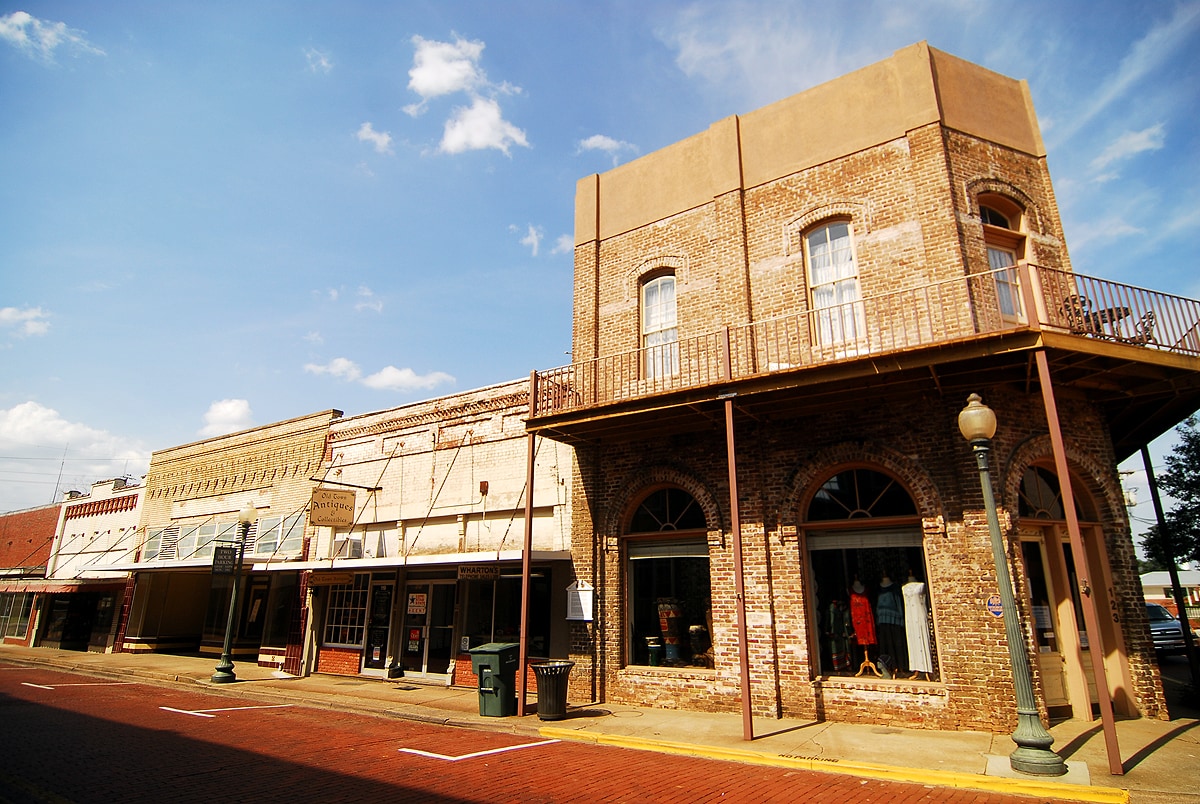 Nacogdoches often promotes itself as the oldest town in Texas, but it was not settled by Europeans until 1716, when the Spanish built a mission in the area. However, in a way, Nacogdoches may just be the oldest settlement in Texas – there is evidence that suggests that indigenous peoples have been living in what is now Nacogdoches for over 10,000 years. Prior to the Spanish mission in 1716, Nacogdoches was inhabited by the Nacogdoche tribe of Caddo Indians.

Throughout its early history, Nacogdoches had been fought over by various European settlers, Mexico, the Republic of Texas, and the United States. Due to its historic past, Nacogdoches is a popular tourist destination.

U.S. Senator Thomas J. Rusk was from Nacogdoches and served as the first Chief Justice of the Republic of Texas’ Supreme Court. 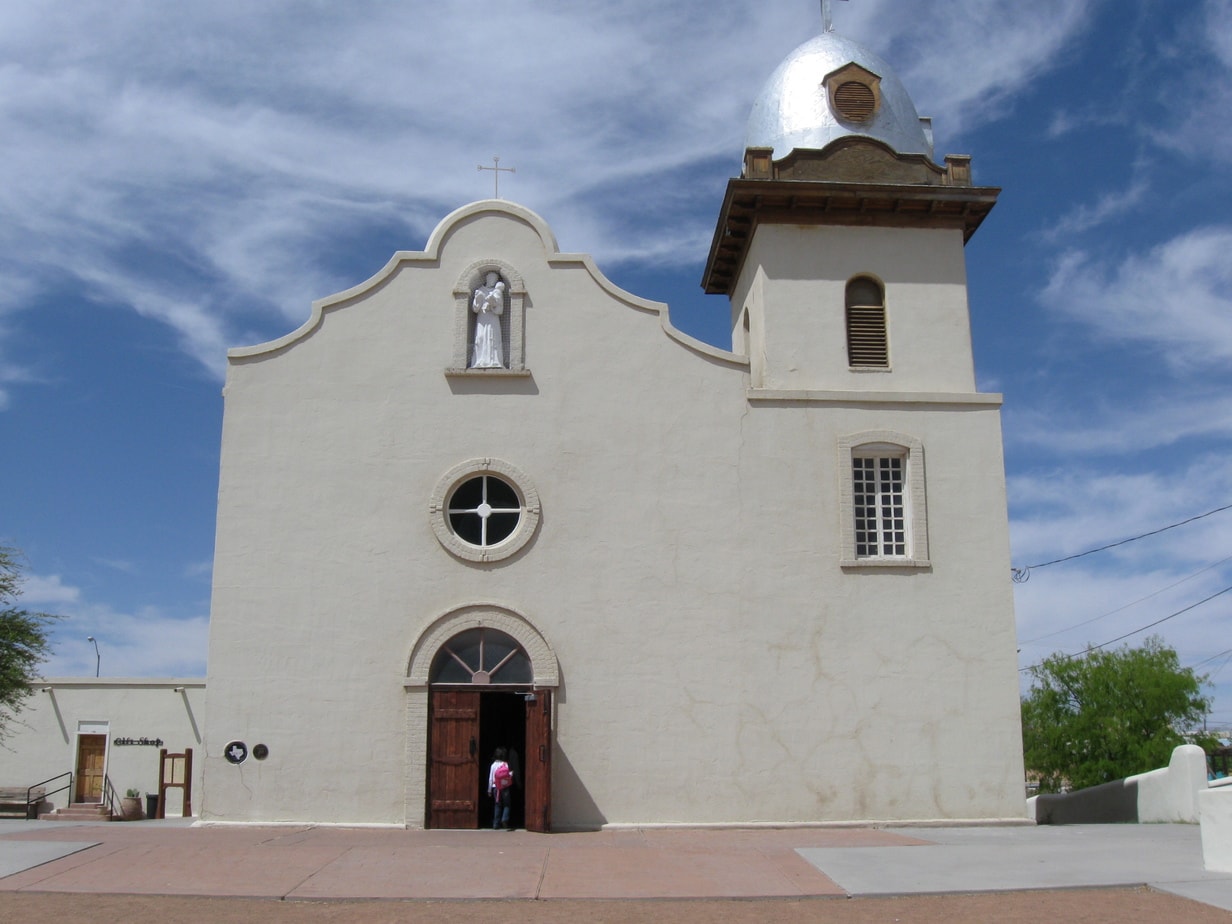 Ysleta is an extremely small town that claims it is the oldest town in Texas. Today, Yselta a part of the larger city of El Paso. The town’s most notable feature is the Ysleta Mission, which was established in 1680 by Antonio de Otermín (Spanish governor of northern New Spain province) and Fray Francisco de Ayeta (a Spanish missionary).

The Spaniards along with some Native Americans settled in Ysleta after fleeing the Pueblo Revolt in Northern New Mexico. Ysleta has always been a small community and today the town is part of the larger city of El Paso.

The Tigua tribe of Ysleta is one of the only tribes in Texas to be legally recognized by both the state and federal government – the tribe is officially called the Yselta Del Sur Pueblo. 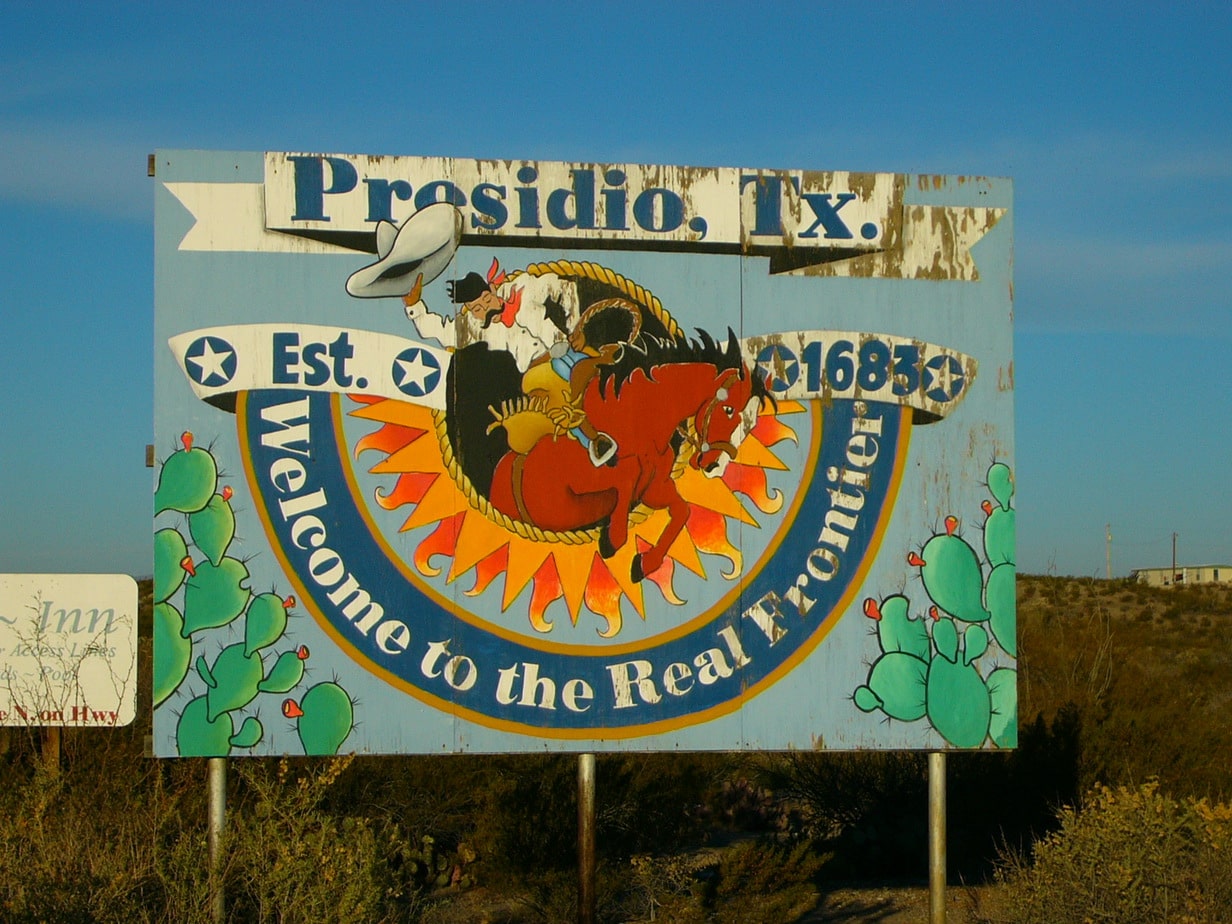 The first Europeans came to what is now Presidio in 1535 with Spanish explorer Álvar Núñez Cabeza de Vaca and established one of the first European settlements in the area. This makes Presidio the oldest town in Texas — the town says that it was officially established in 1683.

The Spaniards were far from the first people to inhabit Presidio, as there is evidence that indigenous tribes had already been living in the region for thousands of years. Presidio has always been a fairly small town and currently has a population of less than 5,000 people.

In 2010, the town of Presidio built the world’s largest sodium-sulfur battery to provide backup power if the only transmission line between the town and the U.S. power grid ever goes down. 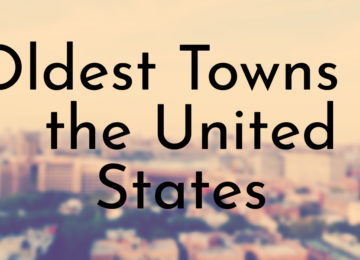 Posted by Lauren Johnson 19
The continent of Europe is the smallest after Australia, and it is divided into roughly 50 independent sovereign states. Being…