Protected areas or conservation areas locations which receive protection because of their recognized natural, ecological, or cultural values. Since the United States is a physically massive country, protected areas cover 2,607,131 km2 (1,006,619 sq mi), or 27.08 percent of the land area of the country. This is also one-tenth of the protected land area of the world.

Because there are thousands of protected areas in the U.S., compiling a list of the oldest was daunting as there is not a database containing readily available information regarding the establishment of these areas. For the purposes of this list, we chose to focus on wilderness areas, as we have already covered the Oldest National Parks in the U.S. and the areas on this list are far older than the National Conservation Lands, National Trails Systems, and National Heritage Areas. 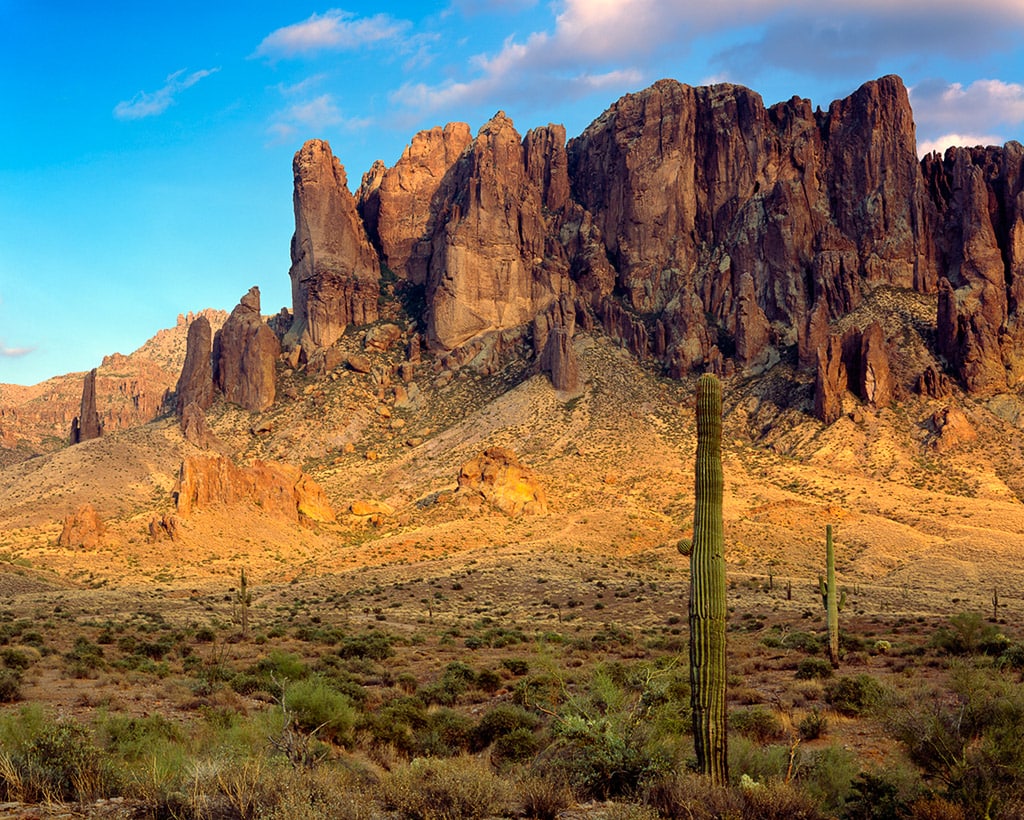 Weavers Needle, a prominent landmark and rock climbing destination, is a tall eroded volcanic remnant in the Superstition Wilderness and plays a significant role in the enduring legend of the Lost Dutchman’s Gold Mine. 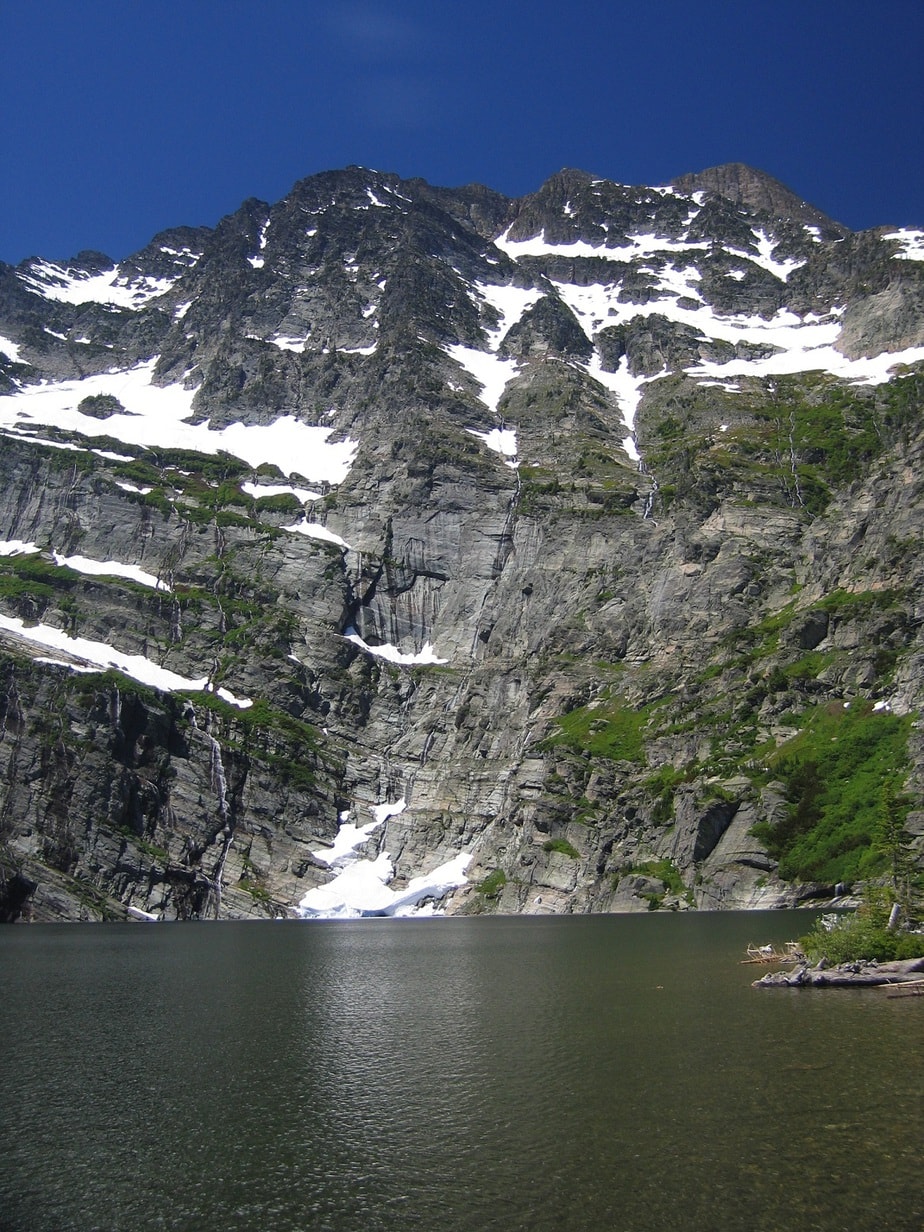 The Cabinet Mountains Wilderness became a protected Primitive Area in 1935 and has been described as, “an area where the earth and its community of life are untrammeled by man, where man himself is a visitor who does not remain…”

In the past, the Kootenai Indians hunted big game throughout the Cabinet Mountains Wilderness. Then in the 1880s, European-American explorers began mining in the area. Mineralization was discovered in the southeast part of the wilderness and since has become known as the Snowshoe Fault. Today, the Cabinet Mountains Wilderness is one the least visited yet most beautiful wild areas in the U.S.

The Cabinet Mountains Wilderness gets its name from early French explorers who thought that the rock formations along the Clark Fork river looked like boxes or cabinets. 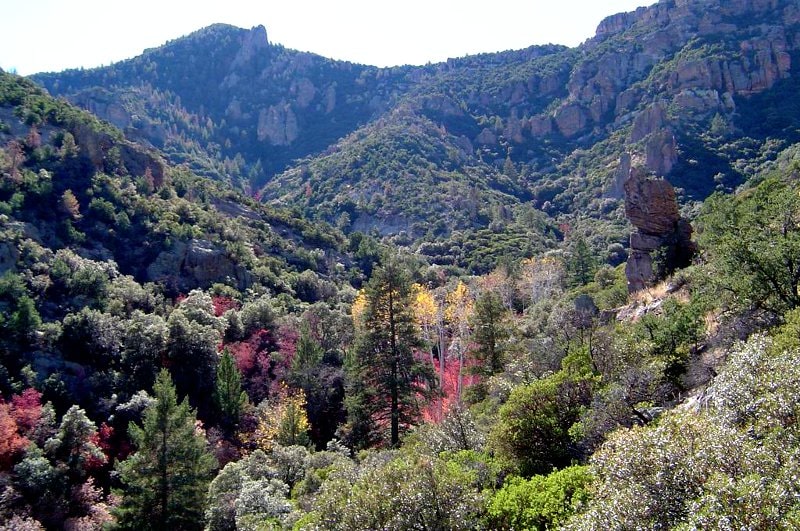 The Galiuro Wilderness encompasses most of the Galiuro Mountains and has been a protected area since 1932. This little-known wilderness area has a storied history and is believed to have been originally inhabited by the Jacome Indians, a relatively unknown group possibly related to the Apaches.  Although the Spanish explorer Francisco Vasquez de Coronado traveled through what is now the Galiuro Wilderness, the area was largely ignored by other European explorers and colonizers for several centuries. Eventually, people began settling in the near the Galiuro Mountains and mined nearby. 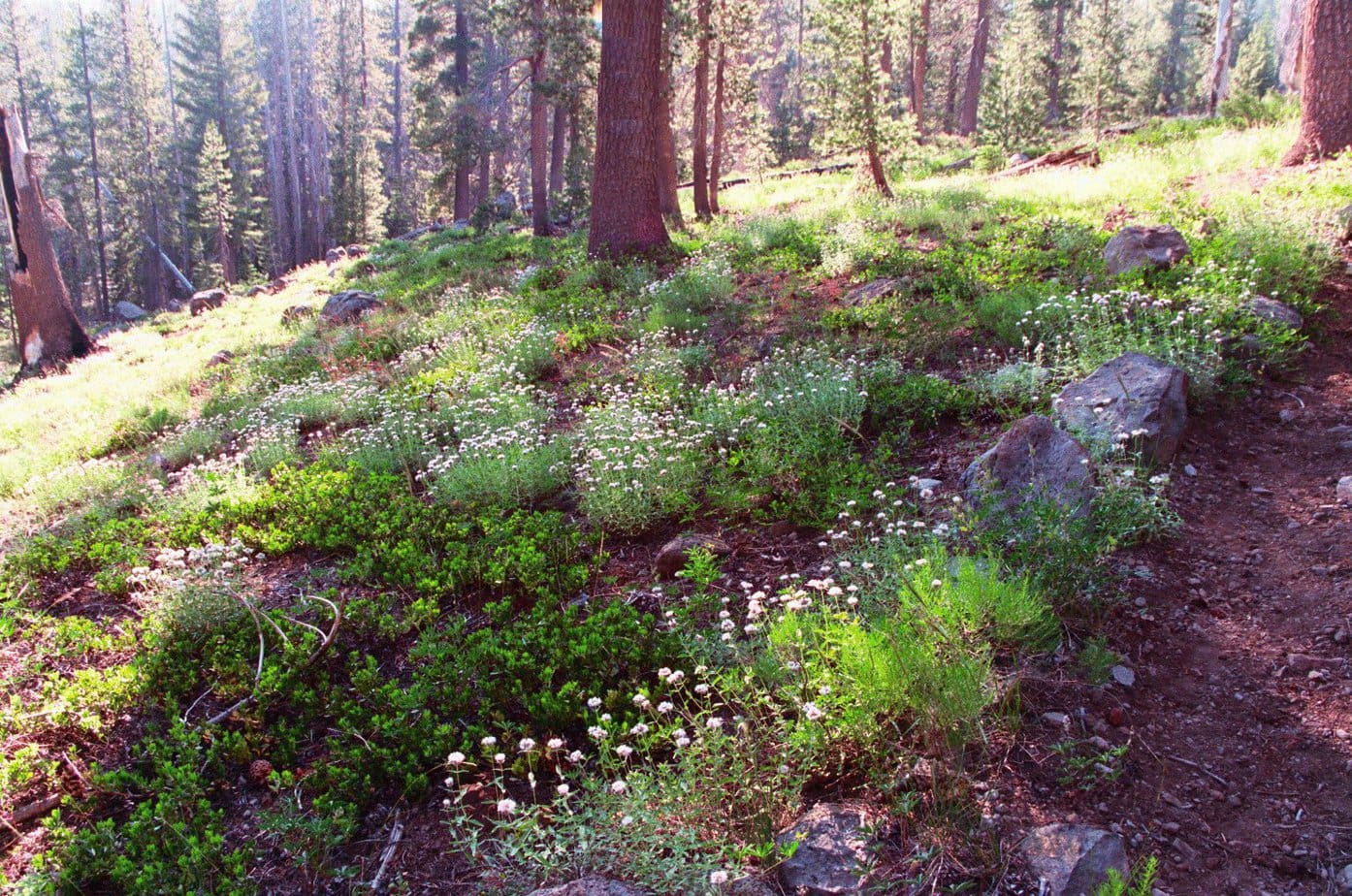 The Caribou Wilderness is a relatively small wilderness area (compared to the others on this list) in Lassen National Forest, California. It is located next to the east side of Lassen Volcanic National Park. Despite its name, there are no caribou in the Caribou wilderness, but there are plenty of black bears. Black-tailed deer, rainbow trout, pine marten, bald eagles, and osprey are just some of the other animals that also call the Caribou wilderness home.

One of the best features of the Caribou Wilderness are its water areas; there are 23 named lakes, innumerable unnamed ponds and tarns, cinder cones and volcanic buttes within the wilderness. 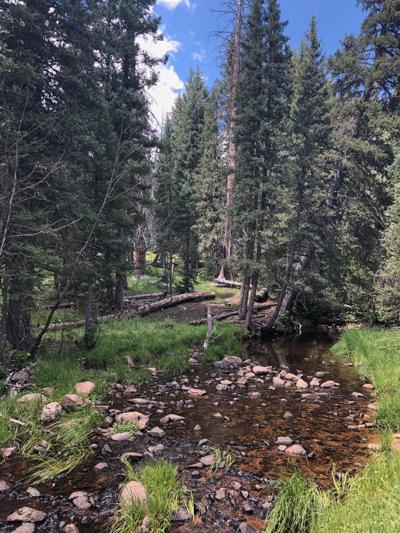 The San Pedro Parks Wilderness is located in the Santa Fe National Forest and began as a Primitive Area, established by the Chief of the Forest Service in 1931. A decade later, the area was re-designated as Wild Area by the Secretary of Agriculture and was expanded to 41,132 acres (16,646 ha).

Although the San Pedro Parks Wilderness has an average elevation over 10,000 feet (3,048 meters), vast green forests stretch across the region. There are several valleys dispersed throughout these forests, which are the “parks” from the wilderness area’s name.

The San Pedro Parks Wilderness receives about 35 inches (89 cm) of precipitation annually, making it one of the wettest areas of New Mexico 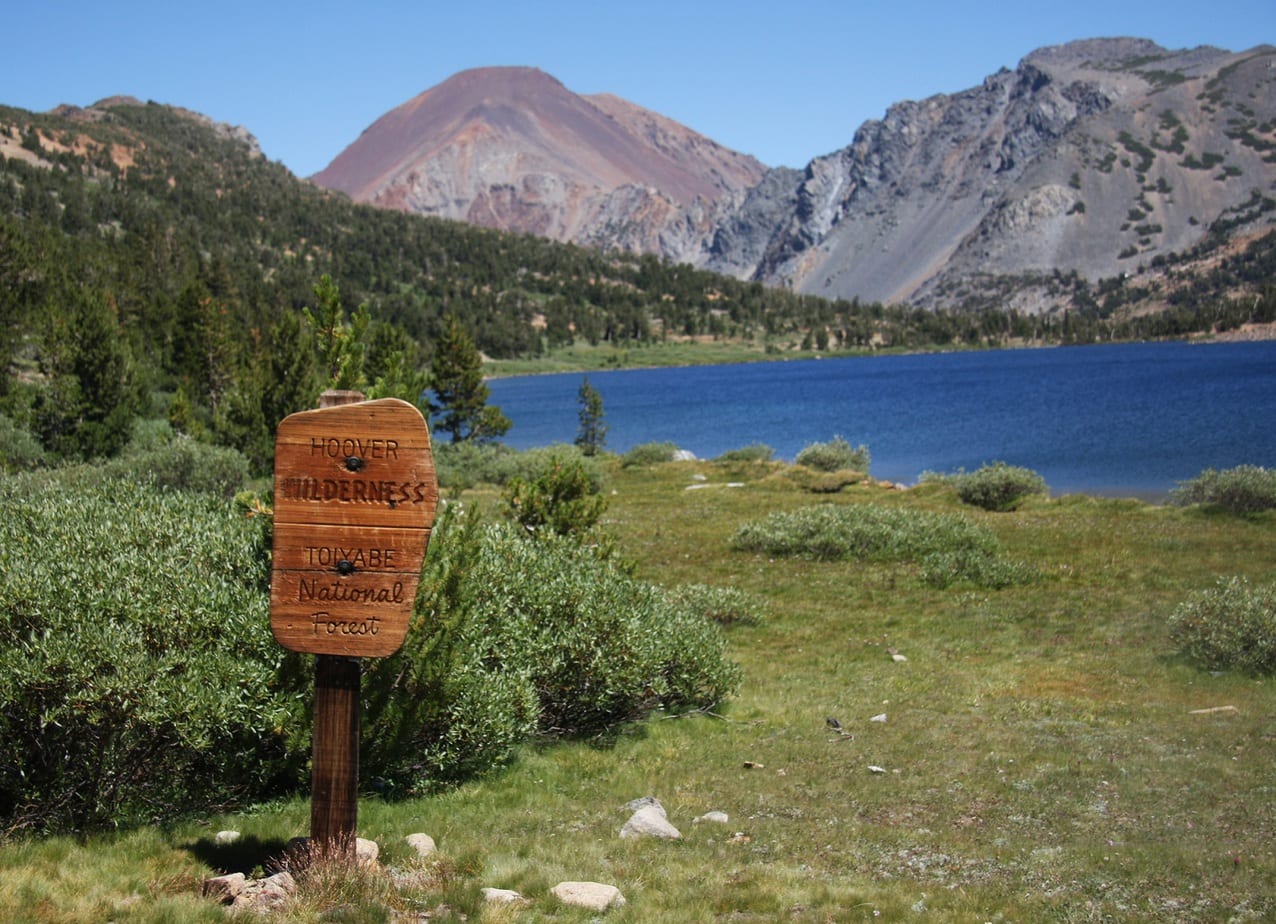 The Hoover Wilderness was the setting of Camping Adventure, a children’s book published in 1976 by the National Geographic Society as part of its “Books for Young Explorers” series. 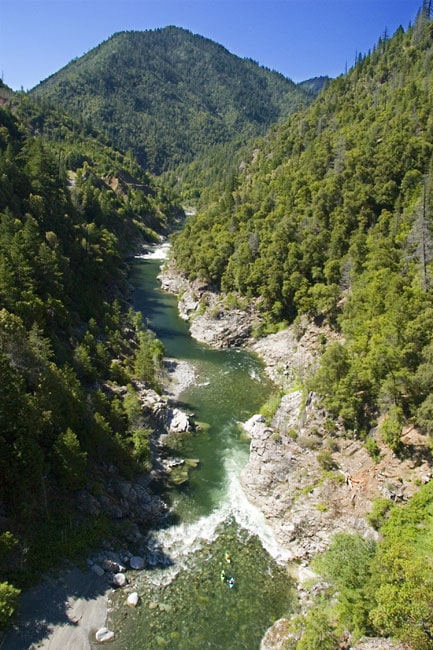 Marble Mountain Wilderness is one of California’s oldest formally designated wilderness areas. In April 1931, 234,957 acres (95,084 ha) was set aside as the Marble Mountain Primitive Area. The area’s name comes from the distinctive coloration caused by light-colored limestone along with black metamorphic rock on some peaks, which gives the mountains a marbled appearance. With more than 7,000 feet (2,100 m) of vertical relief, soils from several rock types, and abundant rain and snowfall, the diversity of ecosystems in the Marble Mountain Wilderness is unequaled anywhere else in the U.S.

Several rare wildflowers, such as crested potentilla, Siskiyou fireweed, and McDonald’s rock cress are adapted to the serpentine soil (an uncommon soil type produced by weathered ultramafic rock such as peridotite and its metamorphic derivatives such as serpentinite) of the Marble Mountain Wilderness and surrounding area. 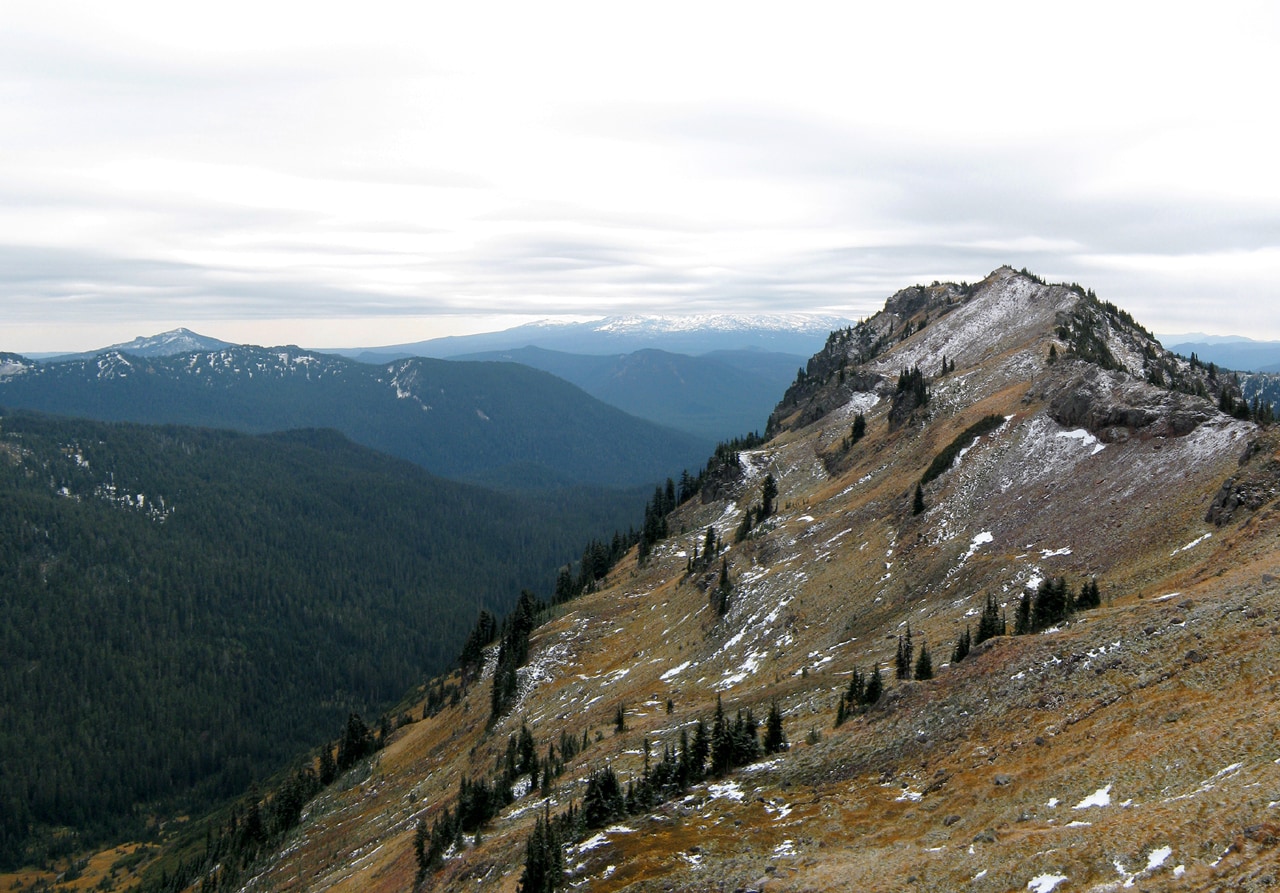 The Pacific Crest Trail (PCT), stretching from Canada to Mexico, passes through the Goat Rocks Wilderness. 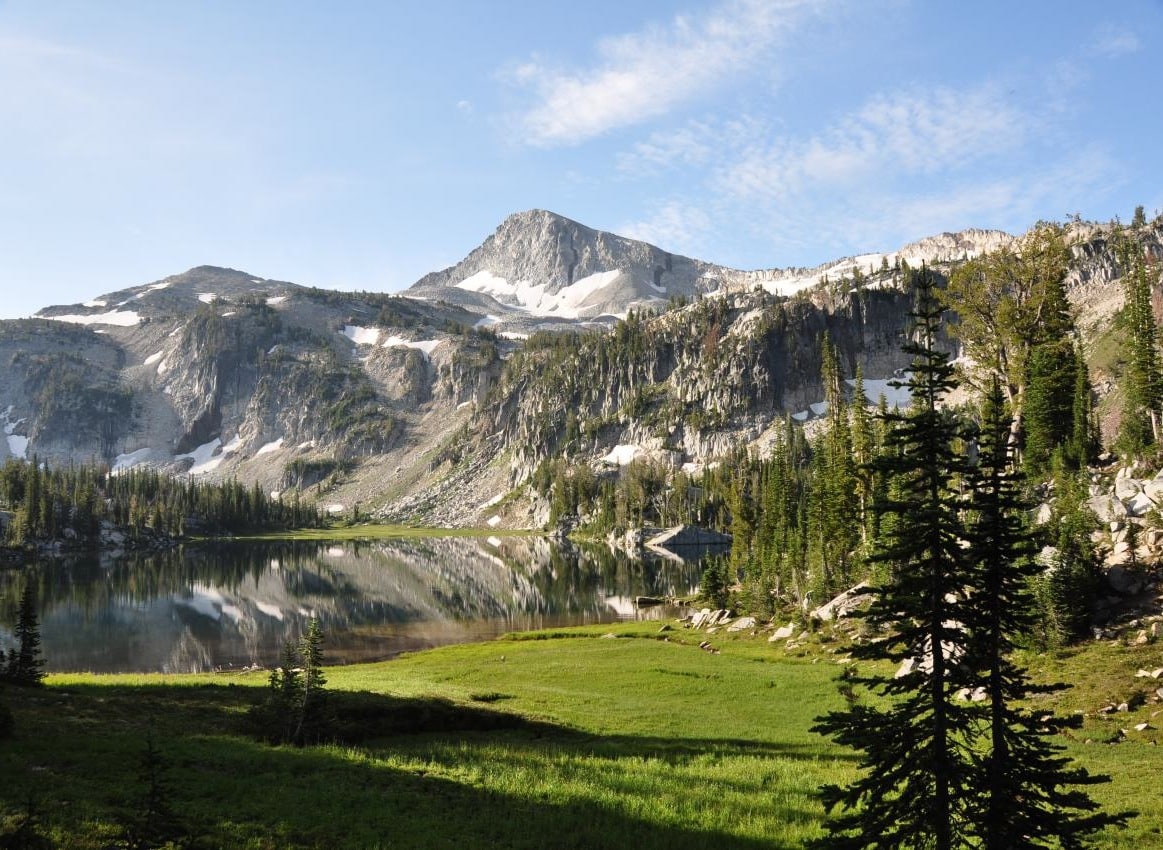 Eagle Cap Wilderness is named after a peak in the Wallowa Mountains, which were once called the Eagle Mountains. 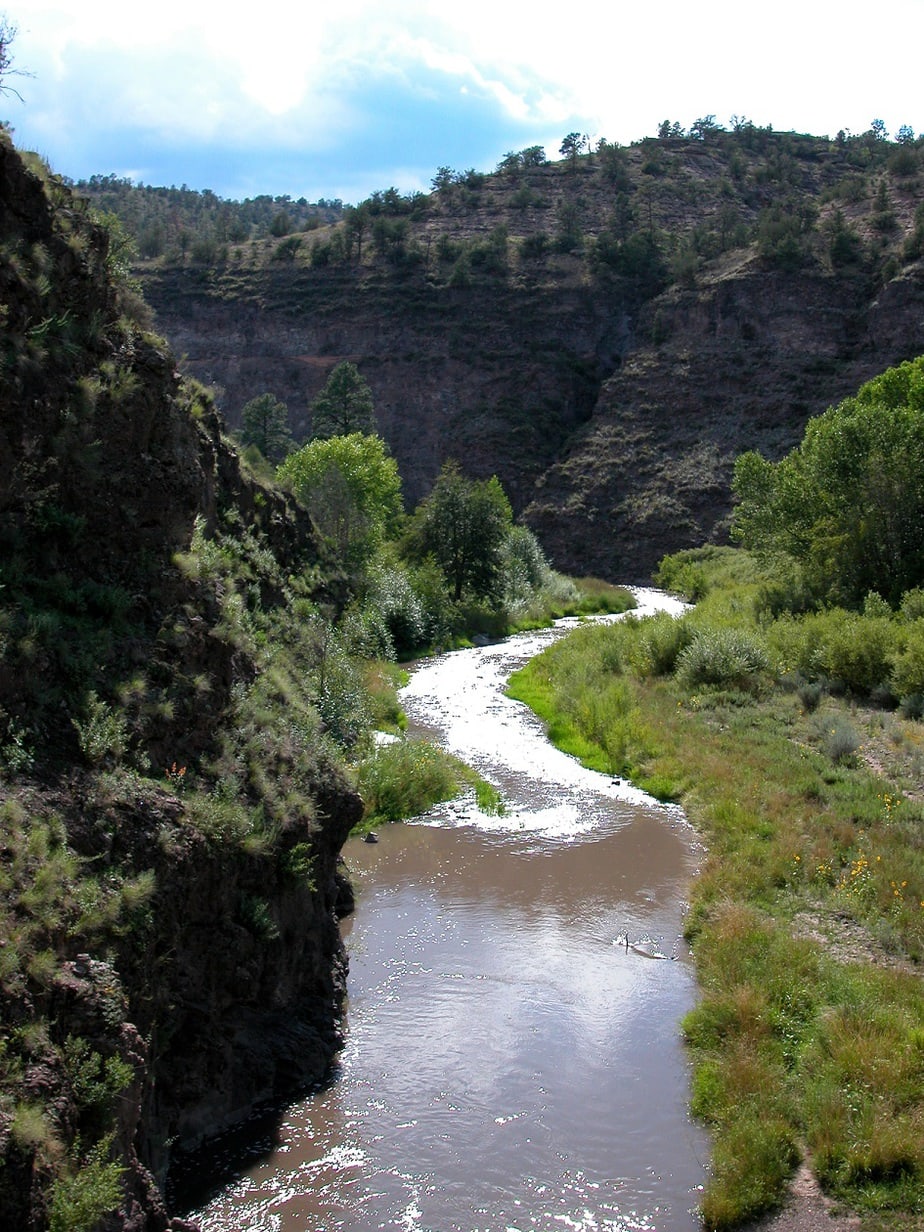