The State of Tennessee belongs to the Southeastern region of the USA, and it’s the 16th most populous in the country. This state borders Kentucky, Virginia, North Carolina, Georgia, Alabama, Mississippi, Arkansas, and Missouri, and it offers mesmerizing sceneries, including the Smokies and Lookout Mountain.

Besides breathtaking nature, Tennessee attracts visitors with its revered cultural sites, tasty food, and entertainment. After all, this state is the birthplace of country music and Blues.

It is well-known for giving the world Dolly Parton and Elvis Presley, who moved to Graceland when he was 13. No wonder most people associate this state with The Country Music Hall of Fame in Nashville and consider it the state with the richest musical tapestry.

Tennessee is also the cradle of some of the tastiest hot fried chicken, sweet potato fries, and Moon pies. Food lovers can accompany these dishes with whiskey, as this state has 30 distilleries, including the Jack Daniel’s Distillery in Lynchburg.

This state has a remarkable history, as its first inhabitants were Paleo-Indians, who settled at the end of the Last Glacial Period. That’s why this article explores the oldest towns in Tennessee. 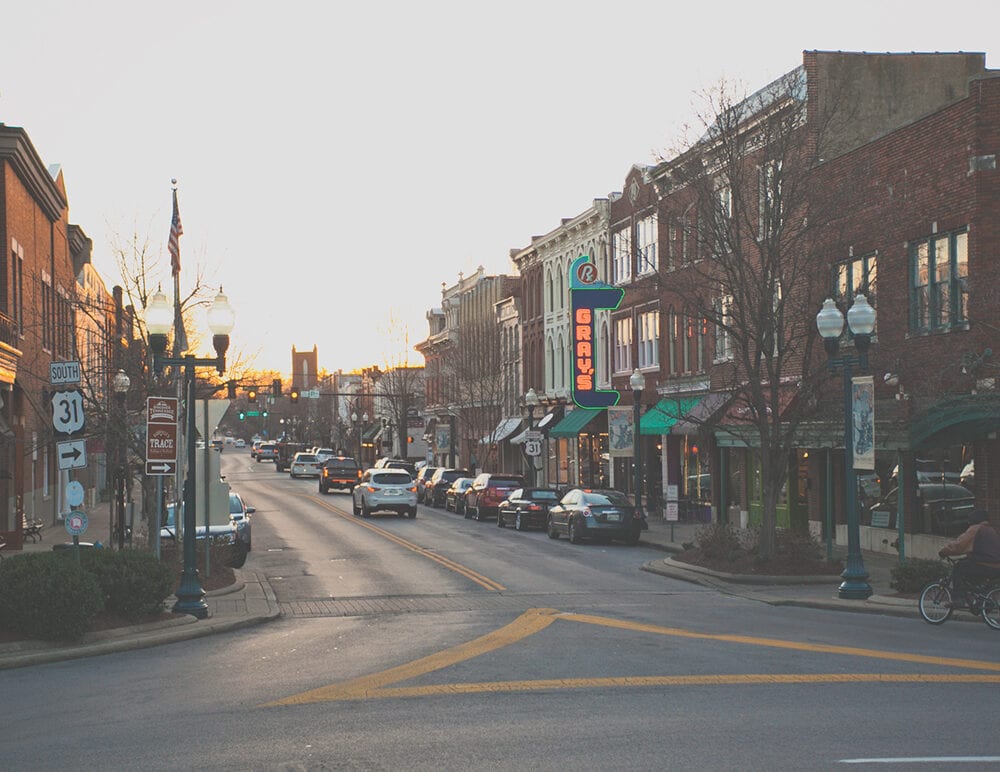 This town has a rich history, as it was the location of a big battle in the Franklin-Nashville Campaign during the Civil War. But Franklin started growing in the early 20th century, as various factories opened and provided new opportunities for the locals.

According to the U.S. Census 2017, Franklin is the 8th fastest growing city. But Franklin earned various attractive titles over the years, such as the best southern town and the best place for job seekers. Elizabethton is the birthplace of the first independent American government (the Watauga Association, 1772), and it lies within the Tri-cities zone, consisting of Bristol, Johnson City, and Kingsport.

But Robertson only settled the area in 1799, after building the Forth Nashborough in a tribute to Francis Nash, who fought in the 1771 Battle of Alamance with Robertson. However, Samuel Tipton is the founder of this city, as he donated the land initially known as Tiptonville.

It was renamed Elizabethton after Tennessee became a part of the United States.

Tourists can visit many attractions and historic locales in Elizabethton, such as Buffalo Mountain Park, Sycamore Shoals State Park, and Tipton-Hayes Historic Site. Thus, they can also have fun at the Watauga Dam Campground, a large recreation center. 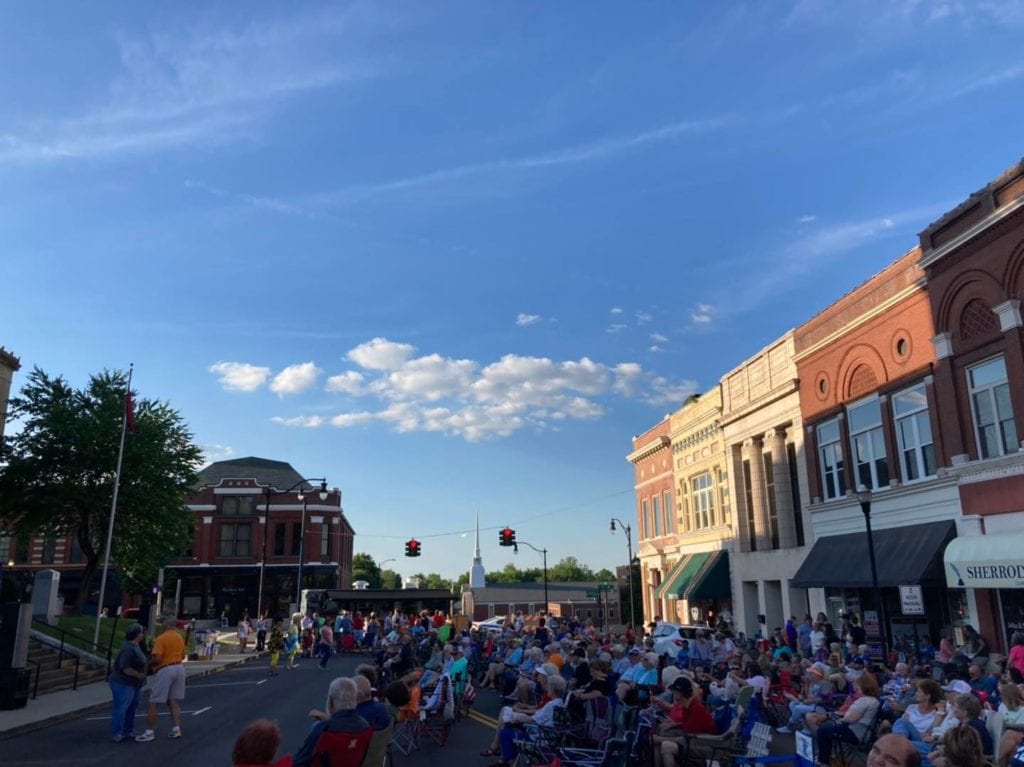 According to the official website of the City of Springfield, the first General Assembly of Tennessee authorized a county seat for Robertson County by the name of Springfield in 1796. But even though the town was founded in 1798, it was only incorporated in 1819.

The town was a commercial center for the large surrounding region for over two centuries and the 7th largest tobacco-producing county in the USA.

Today, Springfield is among the five counties leading the hay, corn, and wheat production.

Springfield isn’t only known as the home of the world’s finest dark-fired tobacco. Tourists and locals can also visit the Robertson County Museum, play golf at the Legacy Golf Course, or experience farm life at Rabbit Circle Rural Farm. 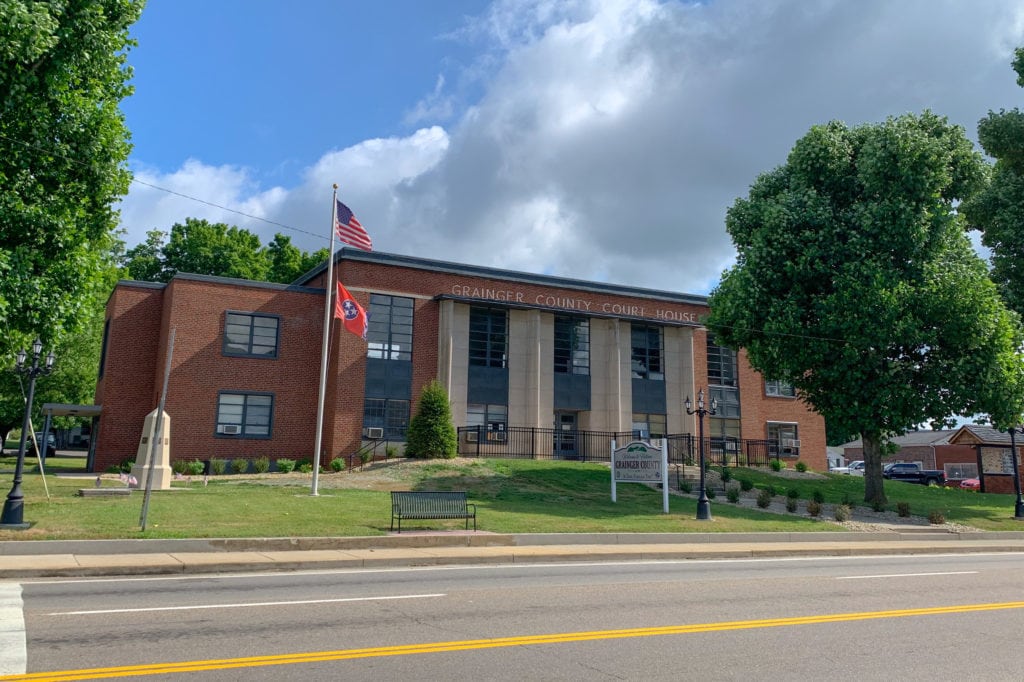 Rutledge is the county seat of Grainger County and belongs to Knoxville and Morristown metropolitan areas. This town was the first county municipality with its own police department.

It prospered in the early 19th century due to the Federal Road that connected New Orleans and Virginia.

It is home to many retirees, and locals are usually conservative. But the town is also safe, and residents don’t have to worry about crimes often common in larger cities.

Rutledge may be a rural town, but it still offers various locales tourists can visit. For example, people can enjoy the Appalachian Quilt Trail, Red Barn Produce, and the Richland Valley. 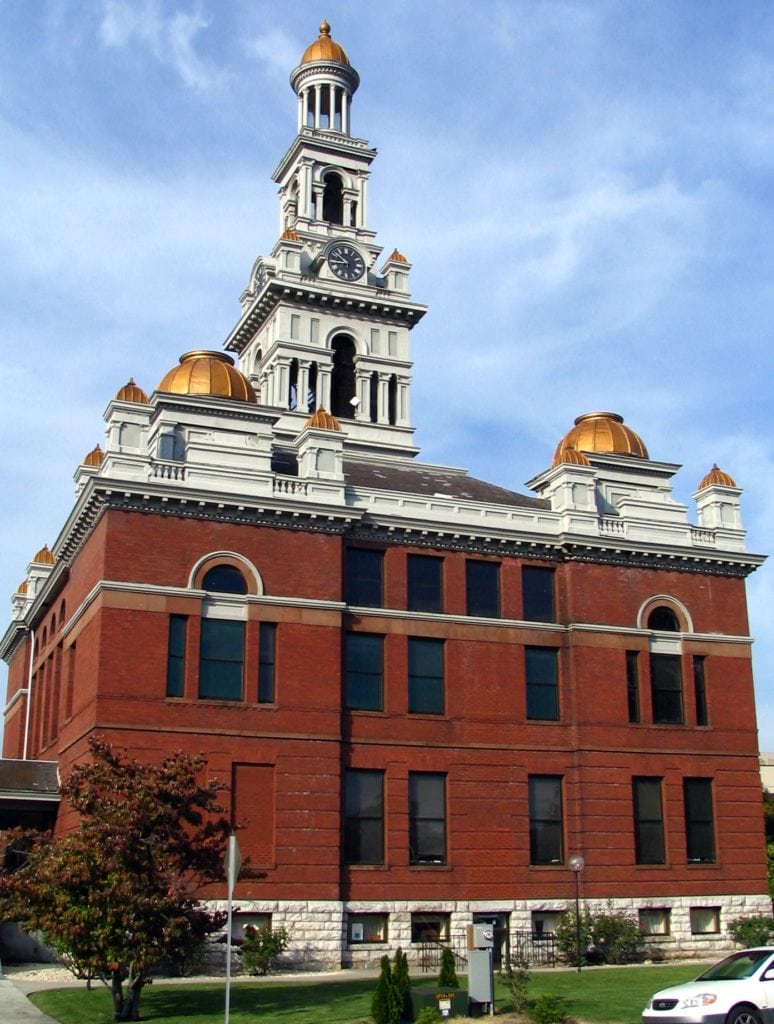 Sevierville’s name was a tribute to John Sevier, a distinguished soldier, and war hero. He was the governor of the State of Franklin, but the state accused him of treason for resisting annexation.

Even though the town had 150 residents by 1833, a fire in 1856 destroyed Sevierville’s vital records regarding early settlers. But Sevierville experienced growth and increased tourist interest after opening the Great Smoky Mountains National Park in 1934.

Famous country singer, Dolly Parton, was born in Sevierville, and the town has built a statue to celebrate its favorite daughter. Every country music fan that visits Sevierville never misses the opportunity to see her statue. 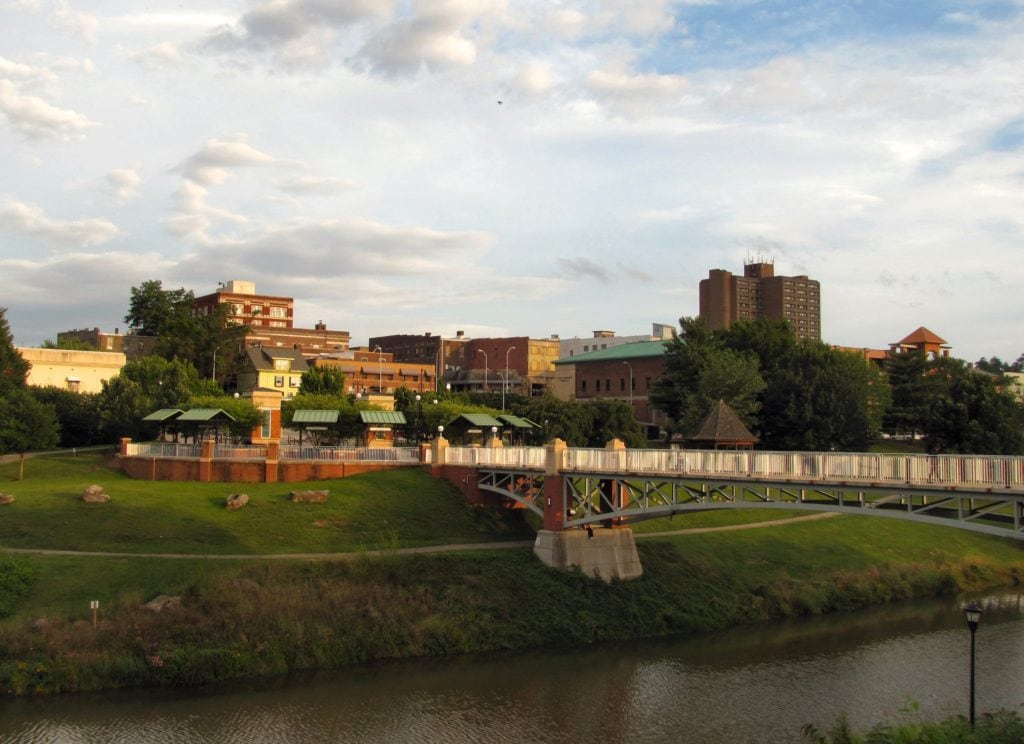 Maryville is the county seat of Blount County and a Knoxville suburb. A revolutionary war veteran, John Craig, started the Forth Craig settlement to protect the settlers from Native American Tribes and donated roughly 50 acres of its land next to establish the town.

However, Maryville was only incorporated as a city ten years later, in 1795. Today, this town attracts tourists from different corners of the world due to being at the foothills of the Great Smoky Mountains.

Maryville locals often tell people from other cities they are from Knoxville. Even though this is an inside joke, locals do it because they assume others haven’t heard of Maryville. Knoxville is the county seat of Knox County and the third-largest city, following Nashville and Memphis. This city is unique because it was settled in 1786 and is known as the first capital of Tennessee.

Before the railroad arrived in Knoxville in 1855, causing an economic boom, the residents struggled due to feeling isolated from the rest of the country.

However, the most significant growth happened after Knoxville became the host city of the 1982 World’s Fair when various business leaders and companies invested in the downtown area.

East Knoxville is the birthplace of one of the revered American drinks — Mountain Dew. Brothers Barney and Ally Hartman started the Hartman Beverage Company on Magnolia Avenue in the 1940s, aiming to make a soft drink that would serve as a mixer for moonshine. 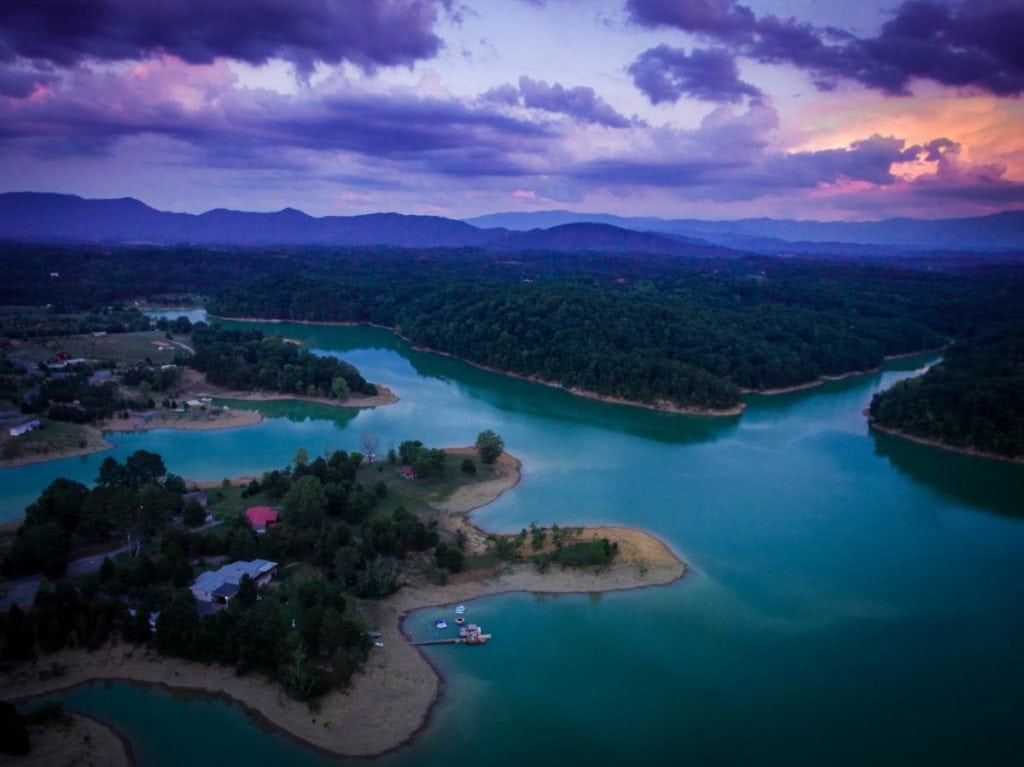 This town is the county seat of Jefferson County and belongs to the Morristown, Tennessee Metropolitan Statistical Area. However, most people consider Dandridge a suburb of Knoxville due to the proximity and fast connection via Interstate 40.

The first permanent settlers choose the Dandridge area because they found the French Broad River and its spring attractive.

Not long after, Governor William Blount recognized that Dandridge was growing fast and created the new county of Jefferson.

Dandridge may be a small and quiet town, but its charming nature never fails to surprise tourists. People often come to visit the pristine Douglas Lake and the Smoky Mountains. 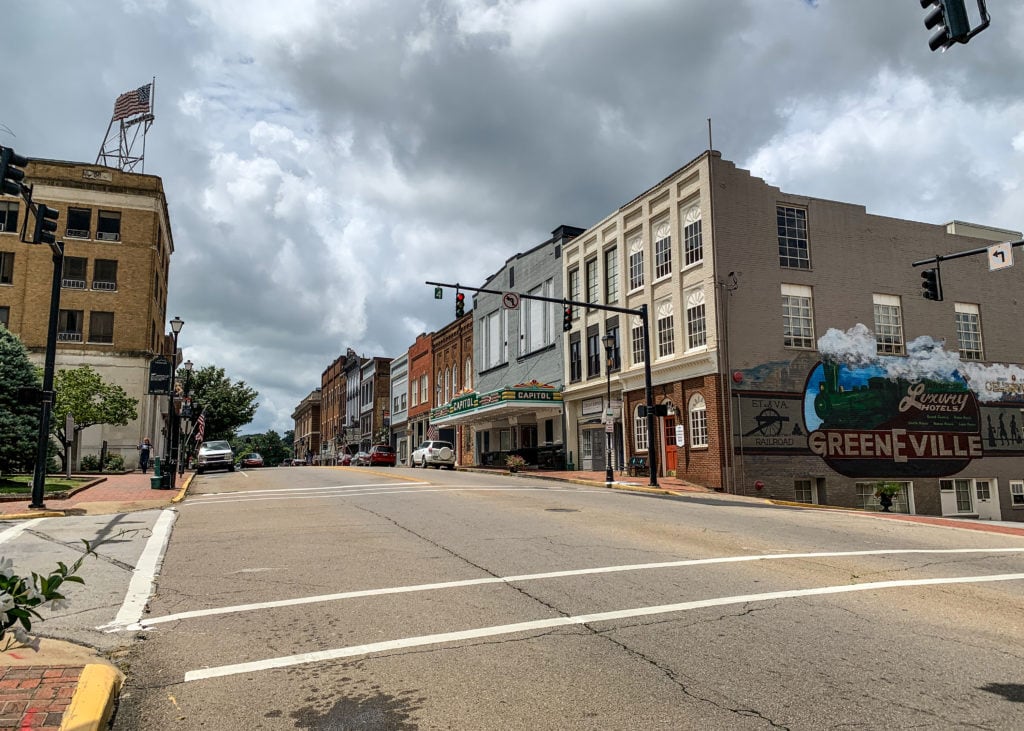 Greeneville is the county seat of Greene County and the only city in the USA with this spelling, as all others are named Greenville. It was also the capital of the short-lived and unrecognized proposed state, the State of Franklin, in the 18th century.

But Greeneville is best known as the town where the 17th president of the USA, Andrew Johnson, started his political career after quitting his tailor shop.

Even though Greeneville has mesmerizing natural sceneries, it typically attracts history buffs. After all, this is the town where people can visit the President Andrew Johnson Museum & Library, Doak House Museum, the Nathanael Greene Museum, and the Dickson-Williams Mansion. 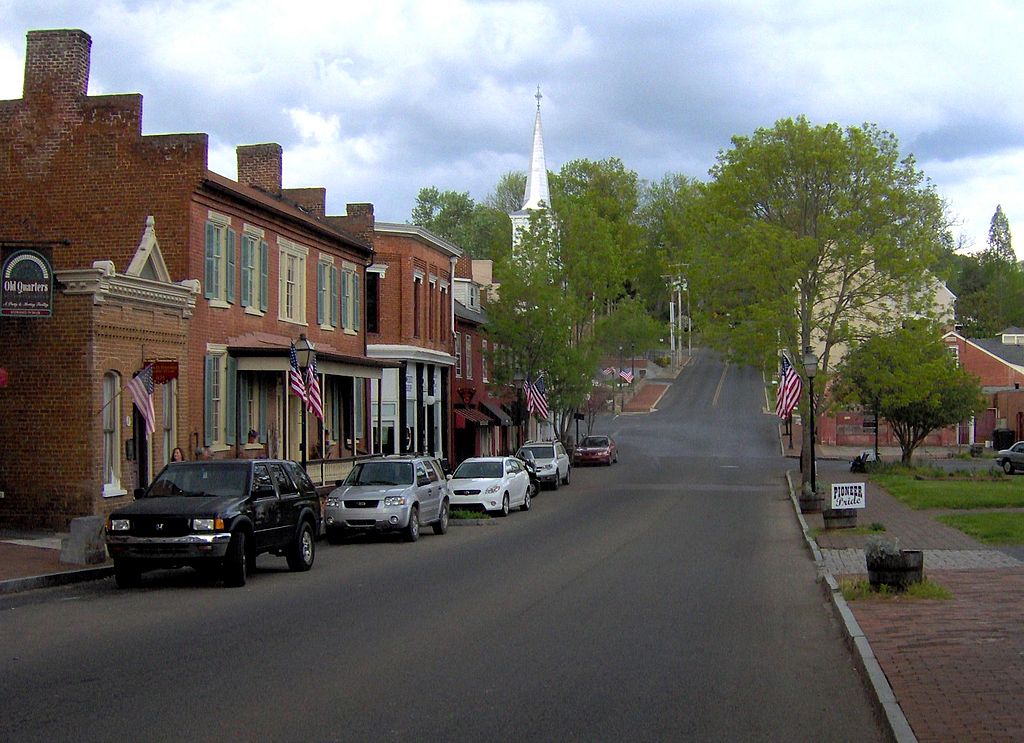 Jonesborough is the oldest town in Tennessee and the county seat of Washington County, but it belongs to the Johnson City metropolitan statistical area.

The city was founded 17 years before Tennessee became a state (1796), and it was named after North Carolina legislator Willie Jones.

Historians see Jonesborough as the center of the abolitionist movement. For instance, Elihu Embree printed The Emancipator from this city, advocating for the abolition of slavery. 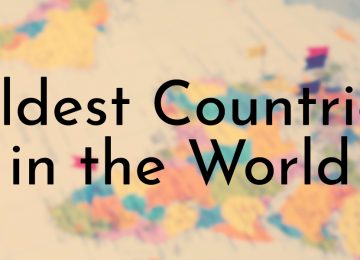 Posted by Lauren Johnson 8
Although human life began to form millions of years ago, the earliest signs of human civilizations appeared fairly recently in…

Posted by Lauren Johnson 0
Whether it’s figuring out which freeway exit to take or discovering a new country to visit, maps allow people to…