One of the two continents named after famed traveler Amerigo Vespucci, North America is one of the world’s seven continents, consisting of Greenland, Canada, Mexico, the United States of America, and 19 other countries.

Before North America became the “New World”, the region was mainly inhabited by the indigenous tribes from as early as 11,000 BCE. Over the centuries, these cities have undergone extensive transformations, but at their core retain many of their earliest cultural influences. All of the cities on this list are still inhabited today and many of them are the capital cities of their countries. 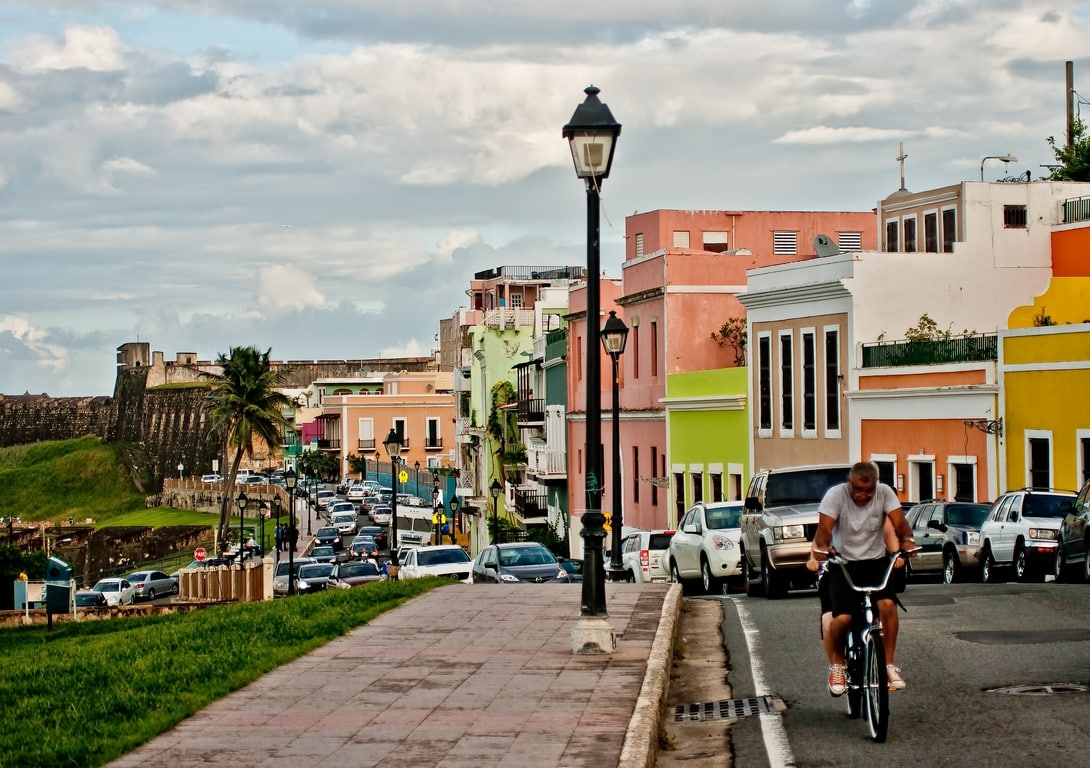 Puerto Rico dates back to 1493 when Christopher Columbus claimed the island for Spain and called it San Juan Bautista. In 1508, Spanish explorer Juan Ponce de León founded the first European settlement on the island, Caparra. Not long after, the settlement was moved to the east at the present site of Old San Juan and the island’s name was changed to Puerto Rico because of the gold in the river.

San Juan soon rose in importance because of its riches and its location. Since 1519, San Juan has served as the capital of Puerto Rico. Within a few decades after its founding, San Juan had grown to include a university, a hospital, and a library. Eventually San Juan declined in importance to the Spanish empire and after the Spanish-American War, Puerto Rico was ceded to the United States.

Old San Juan Historic District still has many buildings and houses from the early Spanish colonial days, which makes them some of the oldest post-contact buildings and structures in the United States. 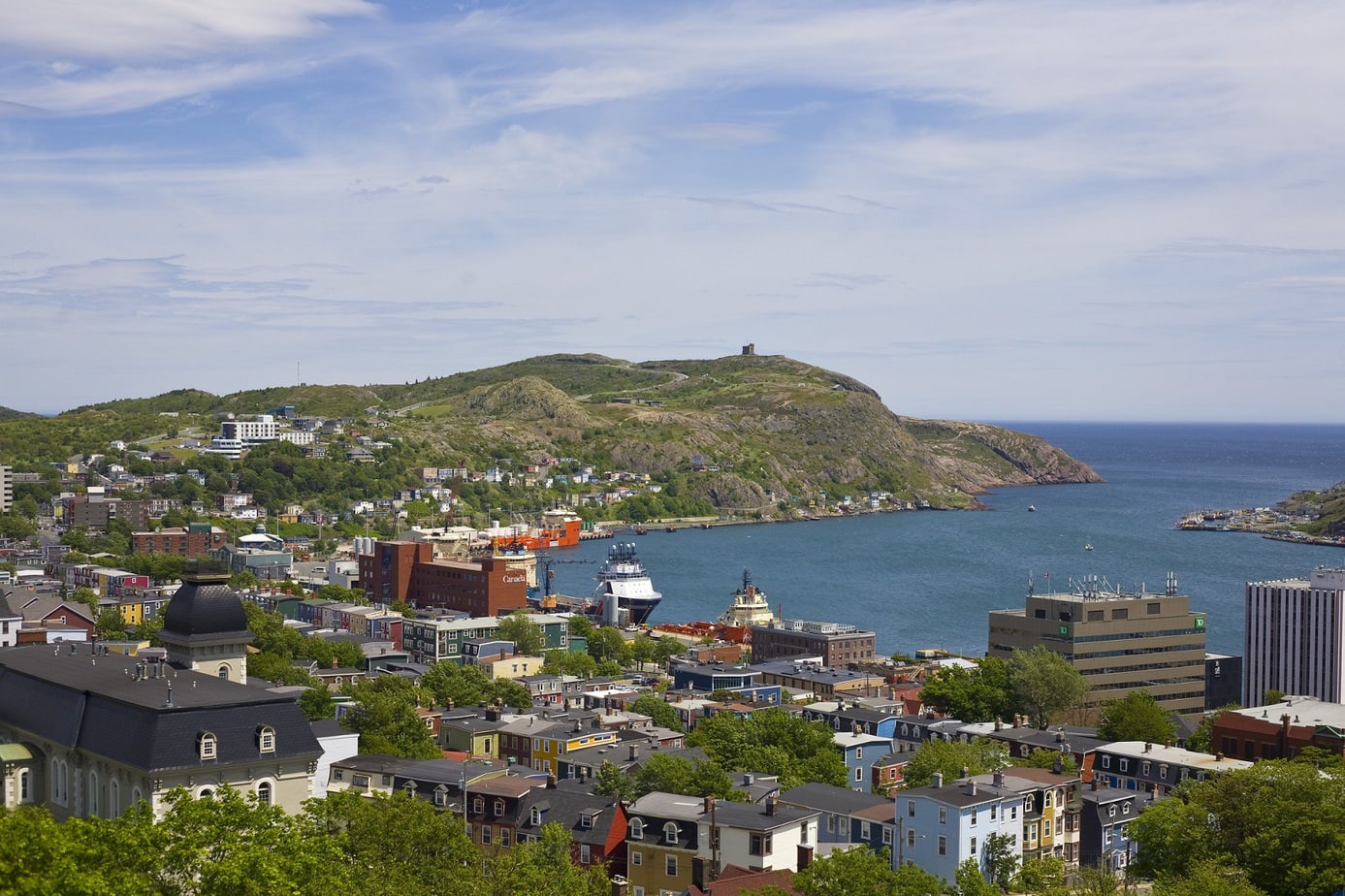 St. John’s quickly became a large commercial trading post for the Basques, French, Spanish, Portuguese and English engaged in the fishery along the western side of the North Atlantic. Due to its importance in the fishery trade of the region, St. John’s was often targeted by various European countries. The city’s earliest recorded battle dates back to 1555. Today, St. John’s remains as the main financial and commercial center for Newfoundland and Labrador. 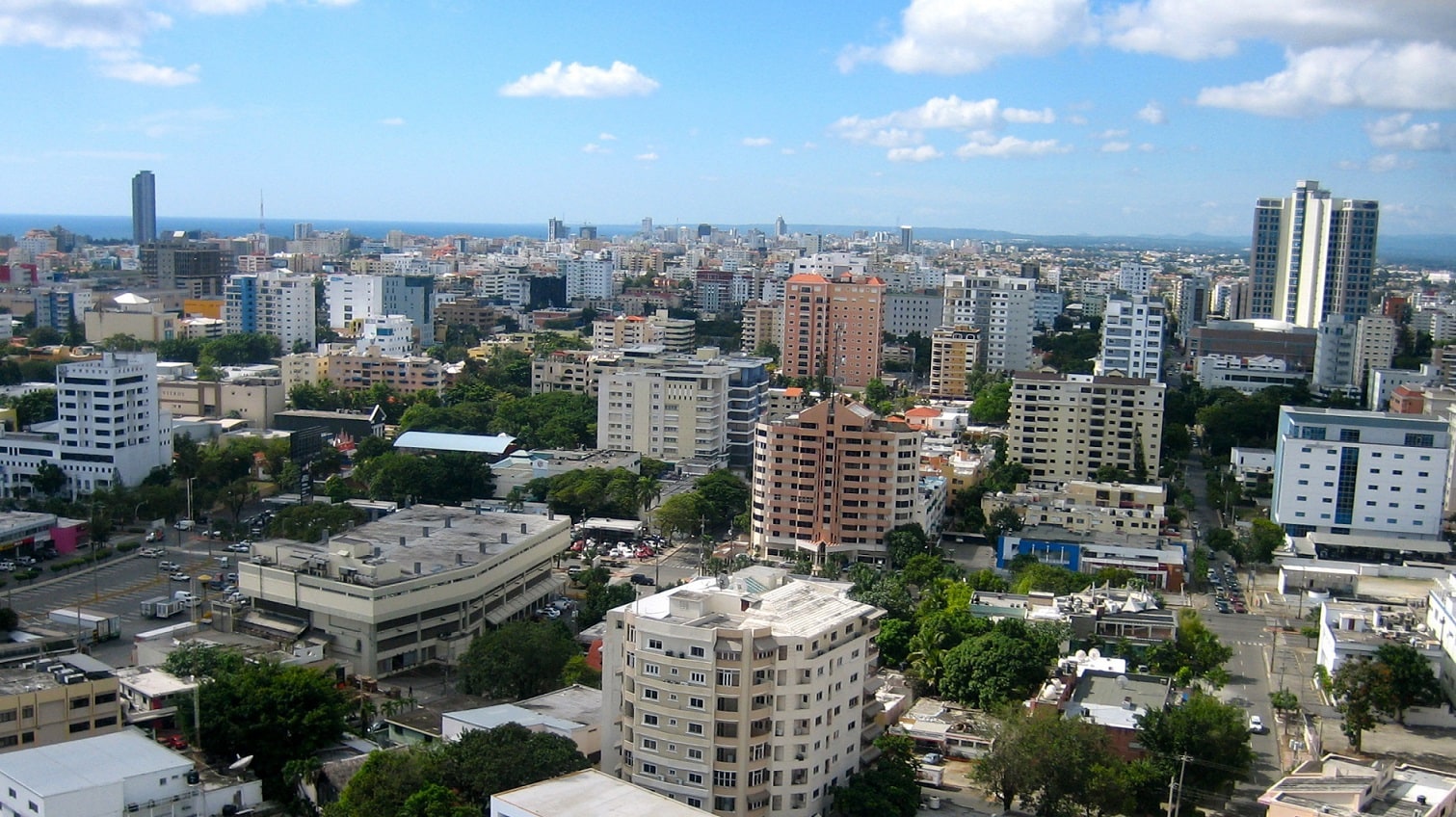 Although the native Taíno people were already living on what is now the Dominican Republic and Haiti, Santo Domingo was not formally founded until 1498. Bartholomew Columbus, younger brother of Christopher Columbus, had moved his settlement to present-day Santo Domingo in 1496 and initially named it La Nueva Isabela after Christopher Columbus’ second settlement called Isabella.

From 1936 to 1961, Santo Domingo was called Ciudad Trujillo after the Dominican Repbulic’s dictator at the the time, Rafael Trujillo. The city reverted back to its original name after Trujillo’s assassination. 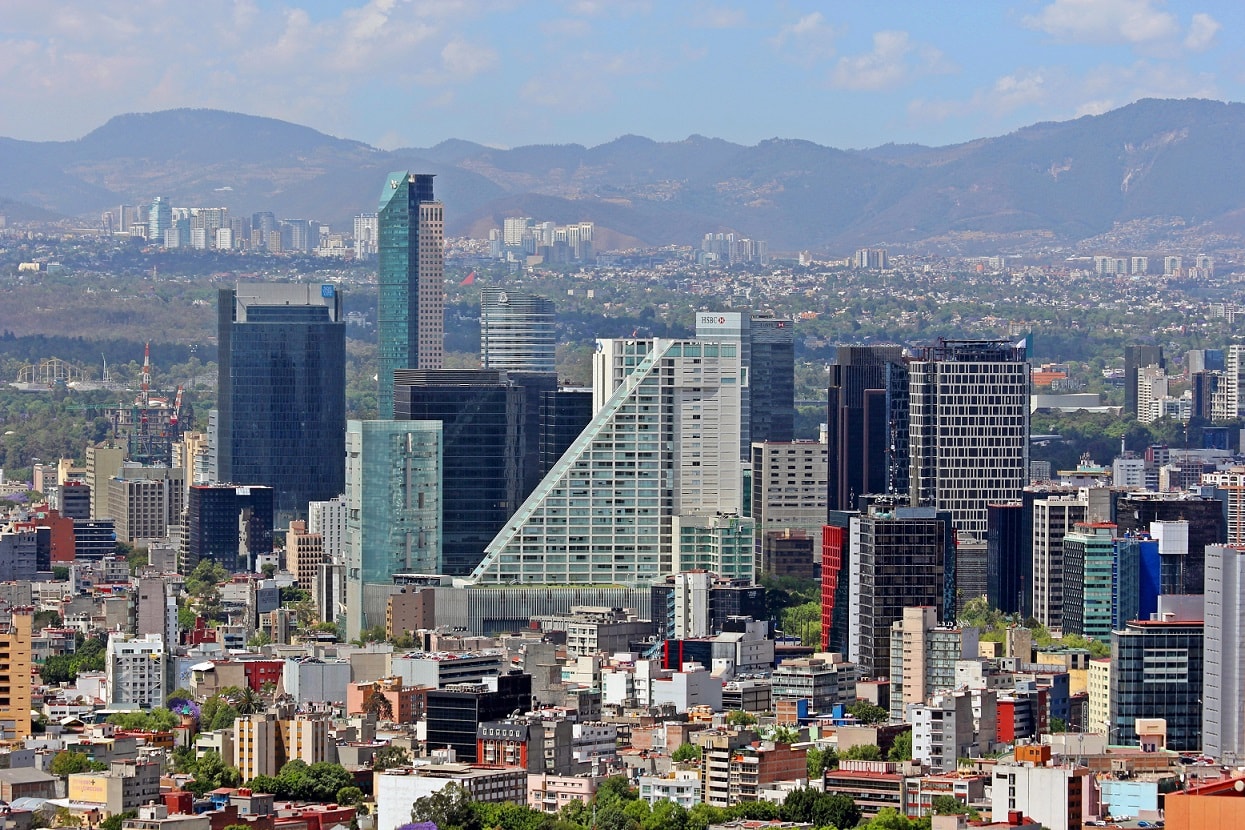 Mexico City traces its history all the way back to 1325 when it was founded by the Mexica civilization (the Nahua Aztecs) as Tenochtitlan. Over the next few centuries, Tenochtitlan grew into a large city-state and served as the center of the Aztec empire. Tenochtitlan was a major center for trade, military operations, culture, and political power.

In 1519, Spanish conquistador Hernan Cortes arrived at Tenochtitlan and after a long siege, captured the city. The city was rebuilt as the capital of the viceroyalty of New Spain in 1524. Even under Spanish rule, Mexico city remained the center of Mexico and the Spanish the administration of Guatemala, Yucatan, Cuba, Florida, and the Philippines was carried out from the city. Over the next few centuries, Mexico City experienced many ups and downs and today it is one of the largest cities in the world, with a population of over 9 million people.

Since Mexico City was built on top of what was known as Lake Texcoco, the city does not have the most stable foundation and it is estimated that the city is sinking a rate of four inches (10 cm) annually.

Year Founded or First Inhabited: c.1150 CE
Country: New Mexico, USA
Founder(s): Acoma Pueblo tribe
Current Population: only about 30 or so people live permanently on the settlement but there are about 4,989 tribal members in the area
Total Area: 431,664 acres (174,688 ha) 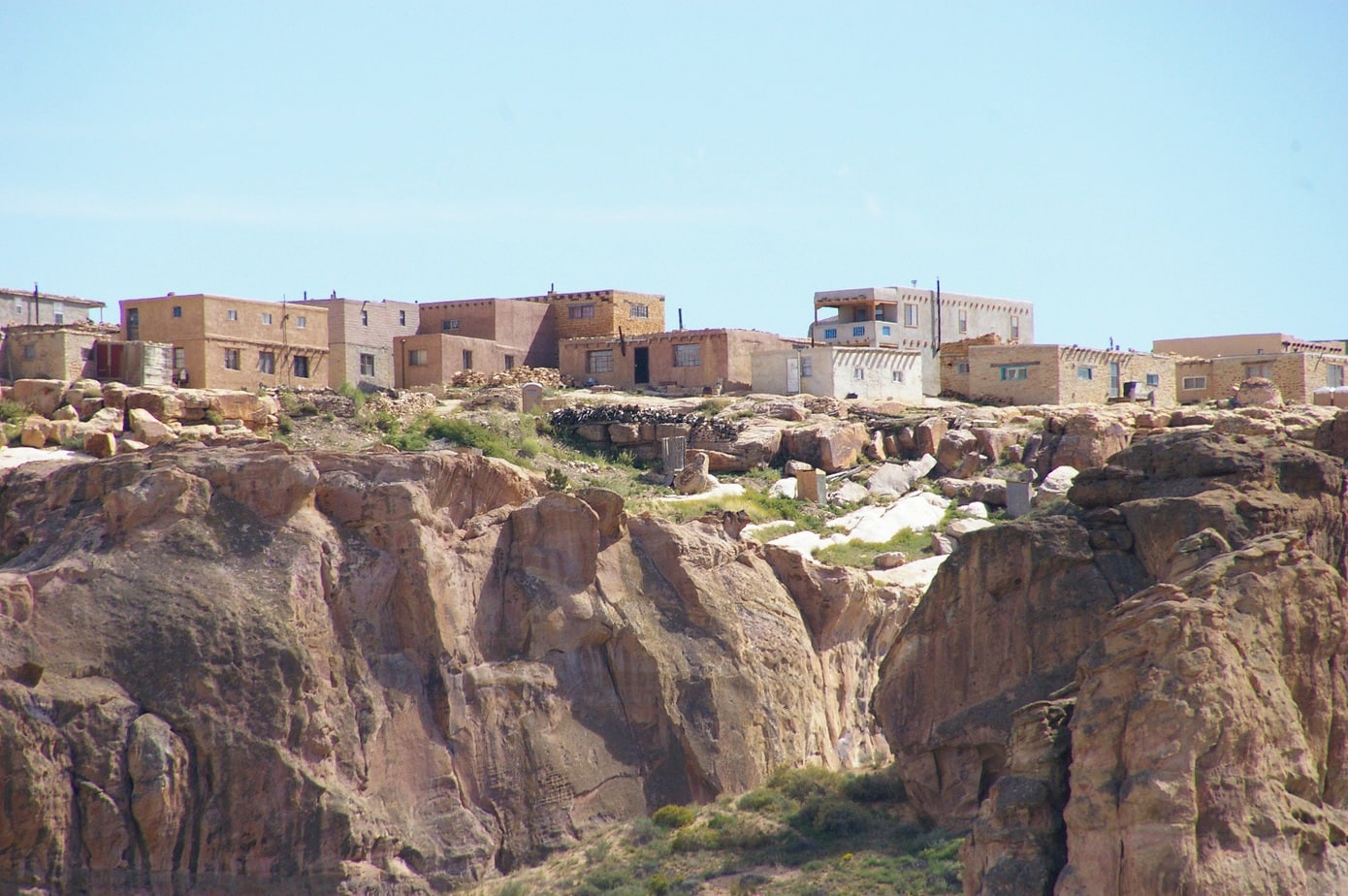 Like the Hopi village of Oraibi, the Acoma Pueblo is not exactly a city, but it is one of the oldest continuously inhabited settlements in the United States. The Pueblo people have been living in Acoma since at least 1150 CE. However, only a few dozen people reside permanently at the settlement today, with younger generations moving to nearby towns and cities.

The Acoma Pueblo are an federally recognized tribal entity. Historically, Acoma Pueblo was much larger, totaling about 5,000,000 acres (2,000,000 ha). Today, the Acoma Pueblo tribe only retains about 10% of this land. The Acoma Pueblo people have retained their culture while embracing modern life and welcome visitors to learn more about their rich history.

Acoma Pueblo is the only Native American site to be designated as a National Historic Site by the National Trust for Historic Perservation. 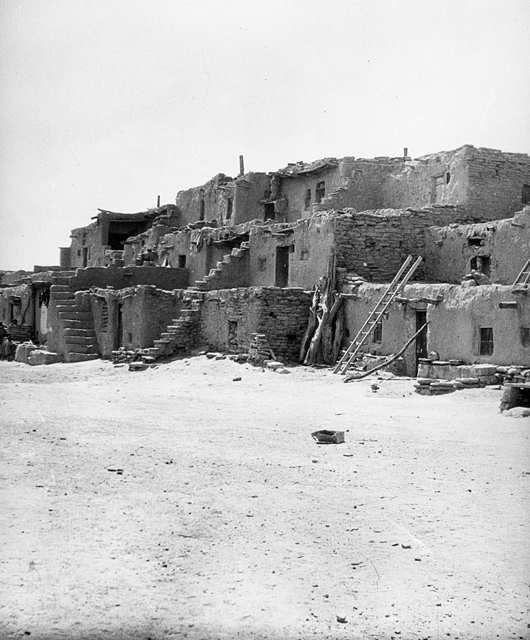 Oraibi, called Orayvi by its inhabitants, may not be a city in the traditional sense, but it is the oldest continuously inhabited settlement in the United States. This ancient Hopi village was settled around 900 – 1000 CE (a few sources say 1100 CE) and to this day, the Hopi residing in Oraibi have been mostly isolated.

However, in the mid-1800s there was split in the Hopi tribe at Oraibi with some members of the tribe choosing to embrace modernity. These more modern Hopi ended up establishing a new village nearby called Kykotsmovi Village, which is commonly called New Oraibi. The traditionalists remain in Old Oraibi and have maintained there way of live for over 1,000 years.

Although Oraibi is open to visitors, the Hopi do not necessarily welcome visitors wholeheartedly and photography is prohibited within the village. 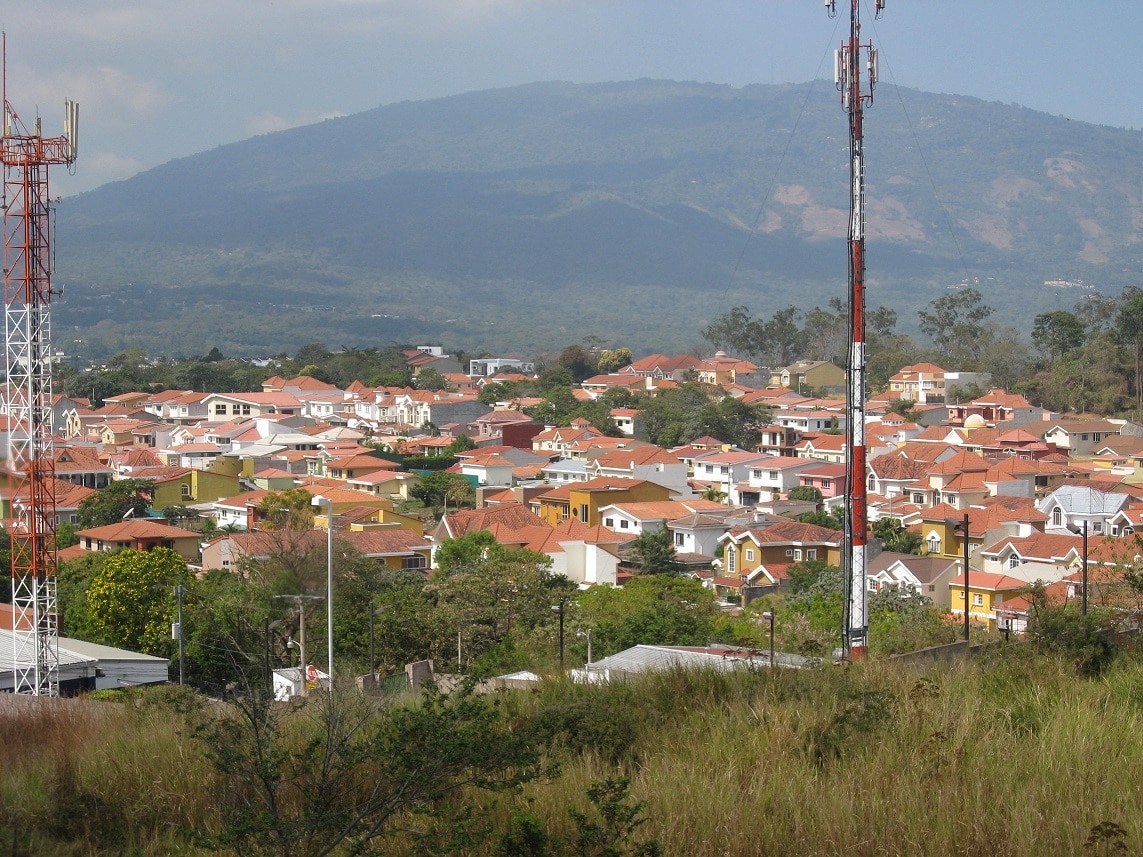 According to Antiguo Cuscatlán’s official website, it is a young city with an ancient origin. While Antiguo Cuscatlán considers its official founding date to be the 16th century during Spanish conquest, the city’s history stretches back much further. In fact, Antiguo Cuscatlán served as the capital city of the Pipil or Cuzcatecs, an indigenous civilization.

Antiguo Cuscatlán means Old Jeweled City, from antiguo, which means ancient or old in Spanish, and Cuscatlán means jeweled city in Nahuat (the language of the Pipil civilization). 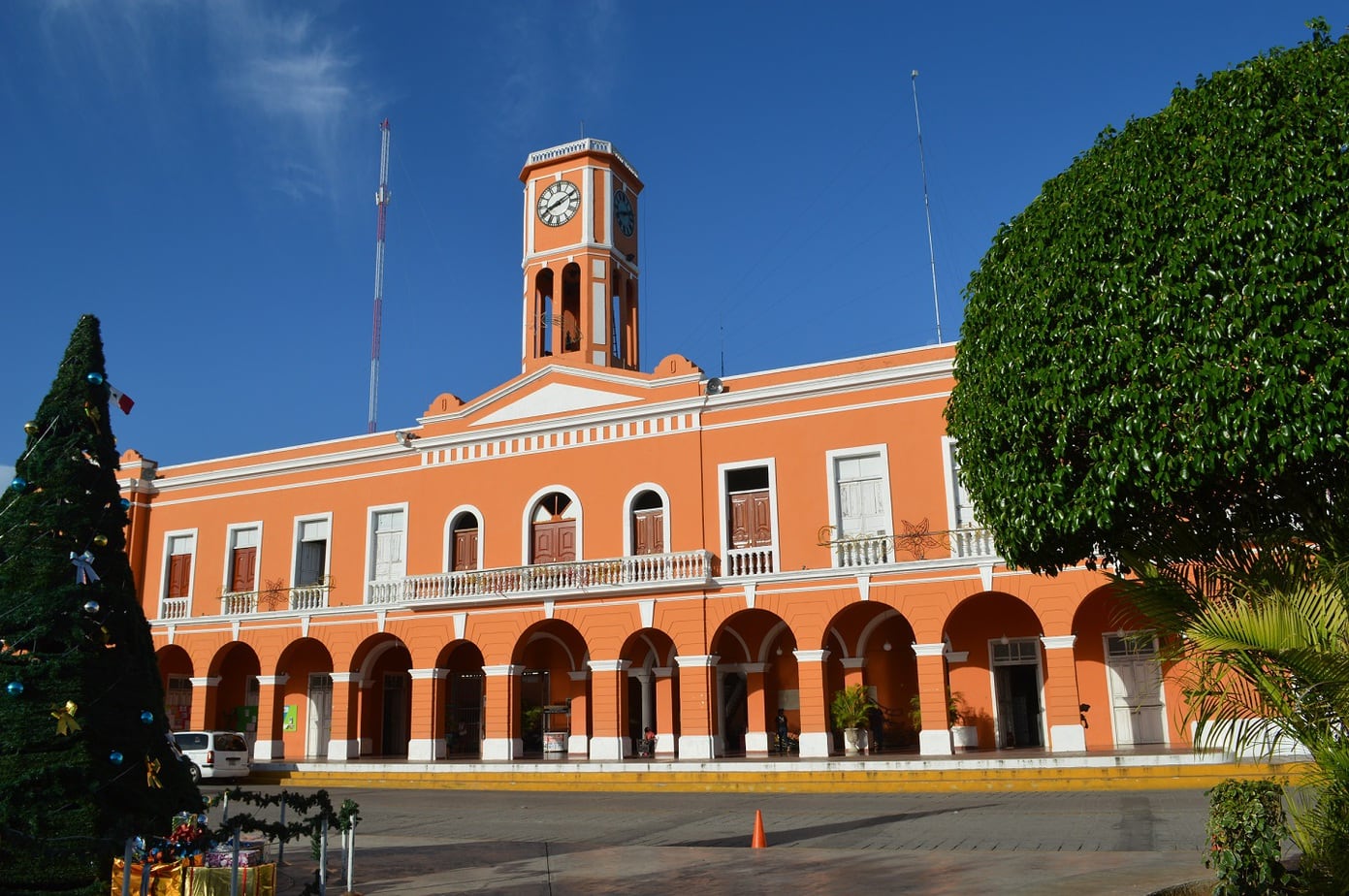 Motul was officially founded around 1050 by a priest named Zac Mutul. However, Motul was also the site of a pre-Columbian Maya civilization. For many decades, Motul was ruled by the Pech family. The Pech family established a regional kingdom Cehpech and Motul served as the capital city.

After the Spanish conquered Yucatán, Conquistador Francisco de Montejo made Motul a Spanish colonial town. There is still a Franciscan monastery in Motul from this time period. In 1872, Motul was granted city status and in 1924, the city changed its formal name to Motul de Carrillo Puerto in honor of Felipe Carrillo Puerto, a former Governor of Yucatán who was assassinated in 1924.

Motul is the birthplace of the popular dish huevos motuleños, which features eggs on tortillas with black beans and cheese. Huevos  huevos motuleños is even popular outside of Mexico and commonly served in Cuba and Costa Rica.

Cholula was established between 800 – 200 BCE and is considered the oldest continuously inhabited settlement in all of the Americas. This ancient city was most important settlement in what is now the state of Puebla. Within a few centuries, the Olmec turned Cholula into a buzzing metropolis and gave rise to great works, including the Great Pyramid of Cholula.

The Great Pyramid of Cholula (also called Tlachihualtepetl) is one of the largest pyramids in the world, standing 181 feet (55 meters) tall with a base that measures over 1,300 feet (396 meters) on each side. The Great Pyramid is Cholula’s most popular tourist attraction and receives about 220,000 visitors each year. Unfortunately, when the Spanish arrived, they built the Iglesia de Nuestra Señora de los Remedios (Our Lady of Remedies Church) on top of the Great Pyramid, which they did not realize was an ancient holy site. However, because of the church, the Great Pyramid has remained an important pilgrimage site since the 16th century.

The Great Pyramid of Cholula was dedicated to the Aztec god Quetzalcoatl, who was the feathered serpent deity of god of wind, air, and learning. 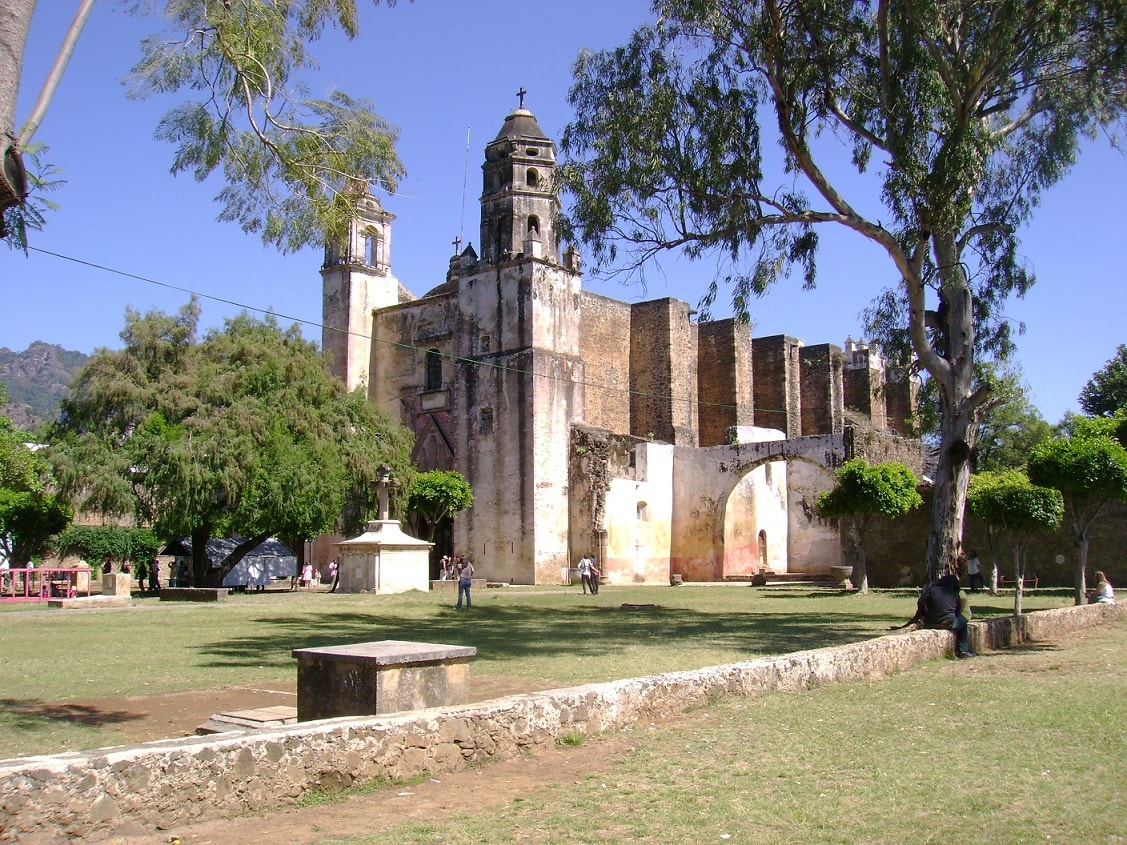 Today, Tepoztlán is one of the most popular tourist destinations not far from Mexico City. This ancient city has been inhabited since at least 1500 BCE, making it the oldest city in North America. Tepoztlán is most famous for the remains of El Tepozteco temple, which is now situated in a protected National Park.

While Tepoztlán is a few thousand years old, El Tepozteco temple only dates back to the Post-Classic Period (900-1521 CE) and has inscriptions dating from 1452 and 1502. El Tepozteco is dedicated to Tepoztecatl, the Aztec god of the alcoholic beverage pulque.

Tepoztlán is a “Pueblo Magico,” which is a title granted by the Ministry of Tourism of Mexico to cities that work to protect and preserve the culture of an area.

Posted by Shasha Neil 0
Spread the loveThe world’s countries come in all shapes, sizes, landscapes, and ages. Each of the 194 universally recognized countries…

Posted by Victor Eaton 0
Spread the loveThe first roads in America were built during the colonial era by the various European colonies. These early…

Posted by Lauren Johnson 0
Spread the loveToday, there are only about a handful of ancient lakes left in the world. These ancient lakes have…