Latin America is the group of countries and dependencies in the Western Hemisphere where Romance languages such as Spanish, Portuguese, and French are predominantly spoken. While there is no official consensus on what countries are officially part of Latin America, typically Mexico, Central America, South America, and the Caribbean make up Latin America.

All of the cities on this list have a rich history that goes back to some of the earliest civilizations in the Americas. These cities have been ruled by difference peoples, who have influenced the culture of these Latin American cities in some way. 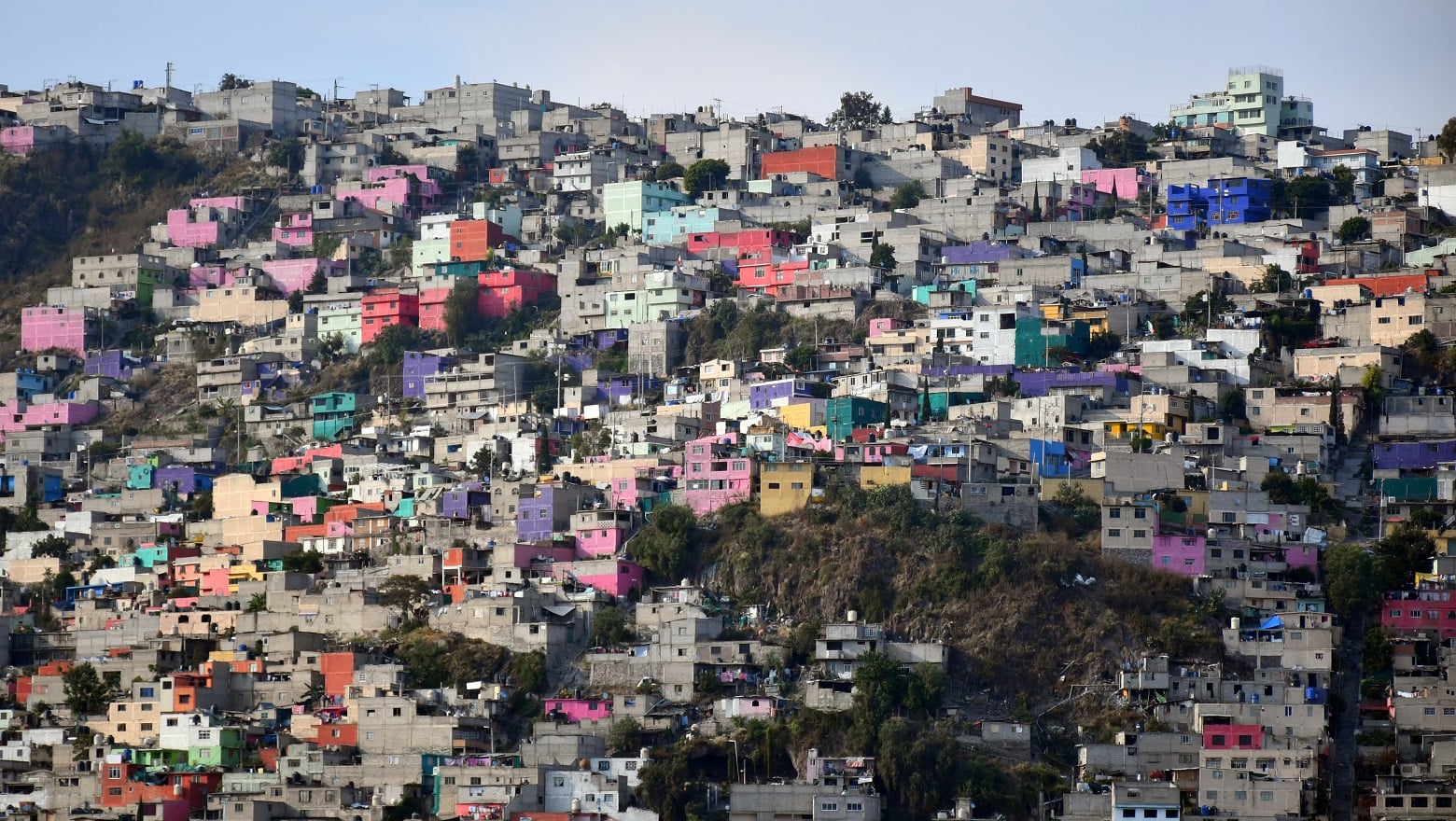 Although Ecatepec has the unfortunate reputation for being one the most dangerous cities in Mexico, this was not always the case. Ecatepec began as a settlement for one Mexico’s indigenous groups, the Otomis. During the domination of the Aztec Empire, Ecatepec became a city-state. Under the Spanish, Ecatepec was declared a municipality in 1874 and the city was named Ecatepec de Morales. In modern times, Ecatepec has become densely populated and is plagued with violence and drugs.

In February 2016, Pope Francis celebrated Mass in Ecatepec in front of a crowd of 300,000. The Pope encouraged the city to overcome the troubles afflicting the region. 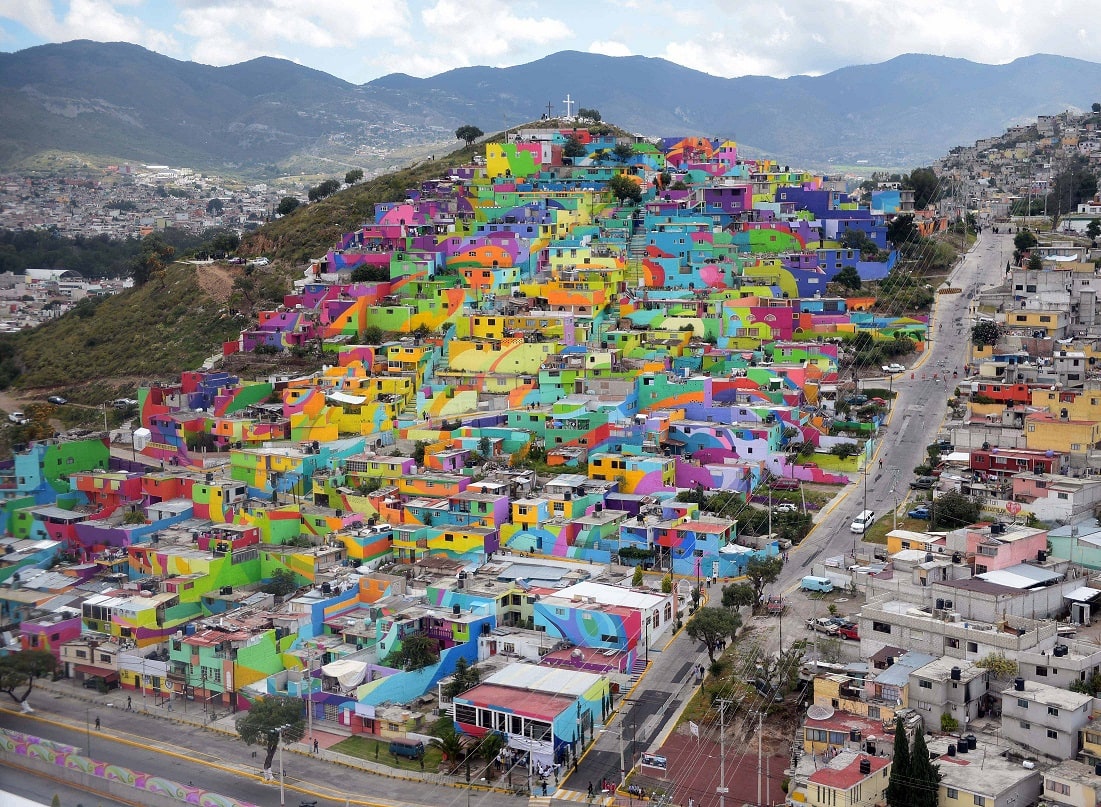 Pachuca is the capital and largest city in the Mexican State of Hidalgo. While Pachuca started becoming more a permanent settlement in the early 11th century, artifacts discovered around the area show that people have been living in the Pachuca region since at least 12,000 BCE. Beginning in the 15th century, mineral exploitation began in Pachuca and in neighboring Real del Monte, at a site known as Jacal or San Nicolás. Heavy mining in Pachuca continued until the mid-20th century when mining-related problems devastated the city. Mining now forms only a fraction of Pachuca’s economy.

Pachuca is home to the descendants of the Cornish miners who immigrated all the way from the UK in the 19th century. Some aspects of Cornish culture like a love for football and a dish called “pastes” (related to Cornish pasties) are now an integral part of Pachuca. 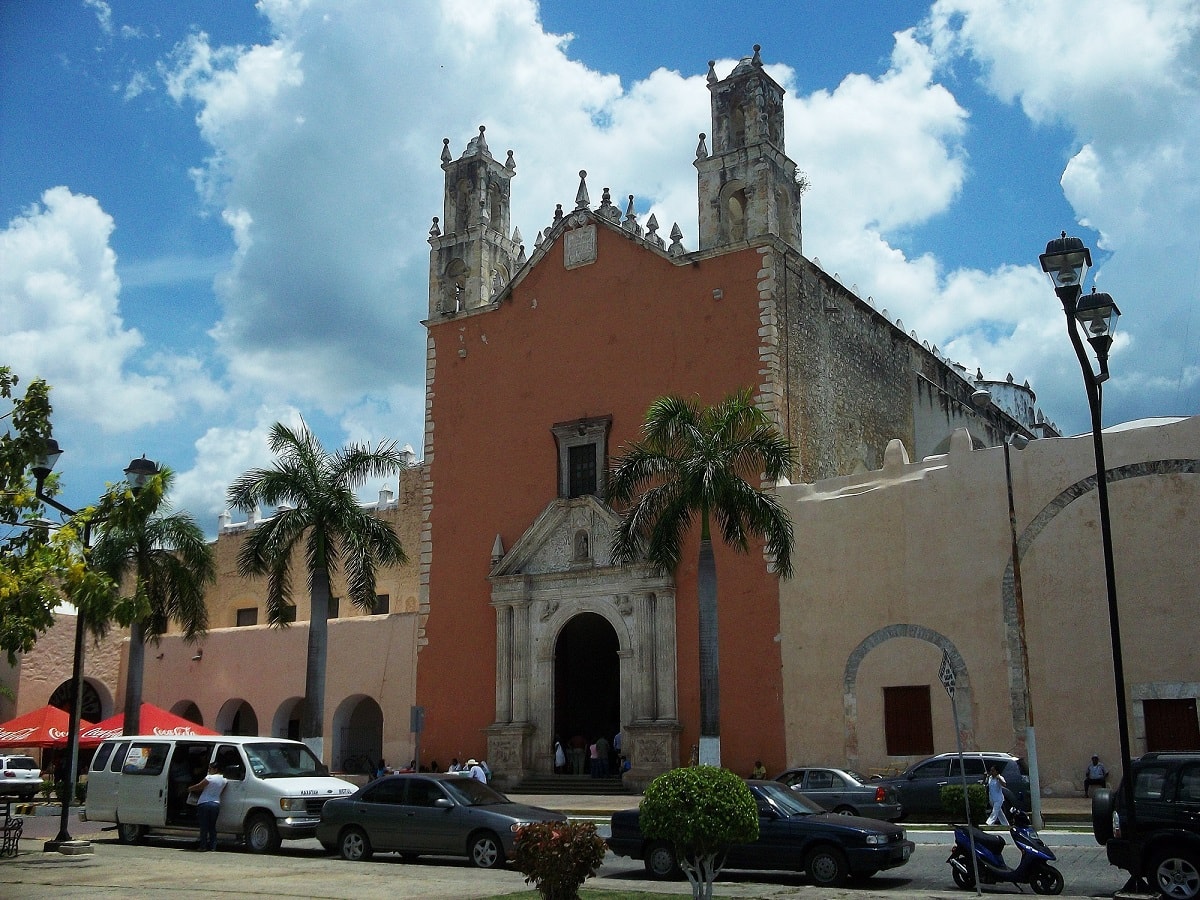 Motul, formally Motul de Carrillo Puerto, was founded in the 11th century CE by a priest named Zac Mutul. The city serves as the municipal seat of the Motul Municipality in the Mexican state of Yucatán.  After its founding, Motul was ruled by the Pech family for several decades. Then after the Spanish  conquered Yucatán, Conquistador Francisco de Montejo made Motul a Spanish colonial town. In 1872, Motul was granted city status and in 1924, the city changed its formal name to Motul de Carrillo Puerto in honor of Felipe Carrillo Puerto, a former Governor of Yucatán who was assassinated in 1924.

Motul is the birthplace of the popular dish huevos motuleños, which features eggs on tortillas with black beans and cheese. Huevos  huevos motuleños is even popular outside of Mexico and commonly served in Cuba and Costa Rica.

In 2016, the city of Aurora, Colorado in the U.S. signed an official friendship city agreement with  Antiguo Cuscatlán, making them sister cities. 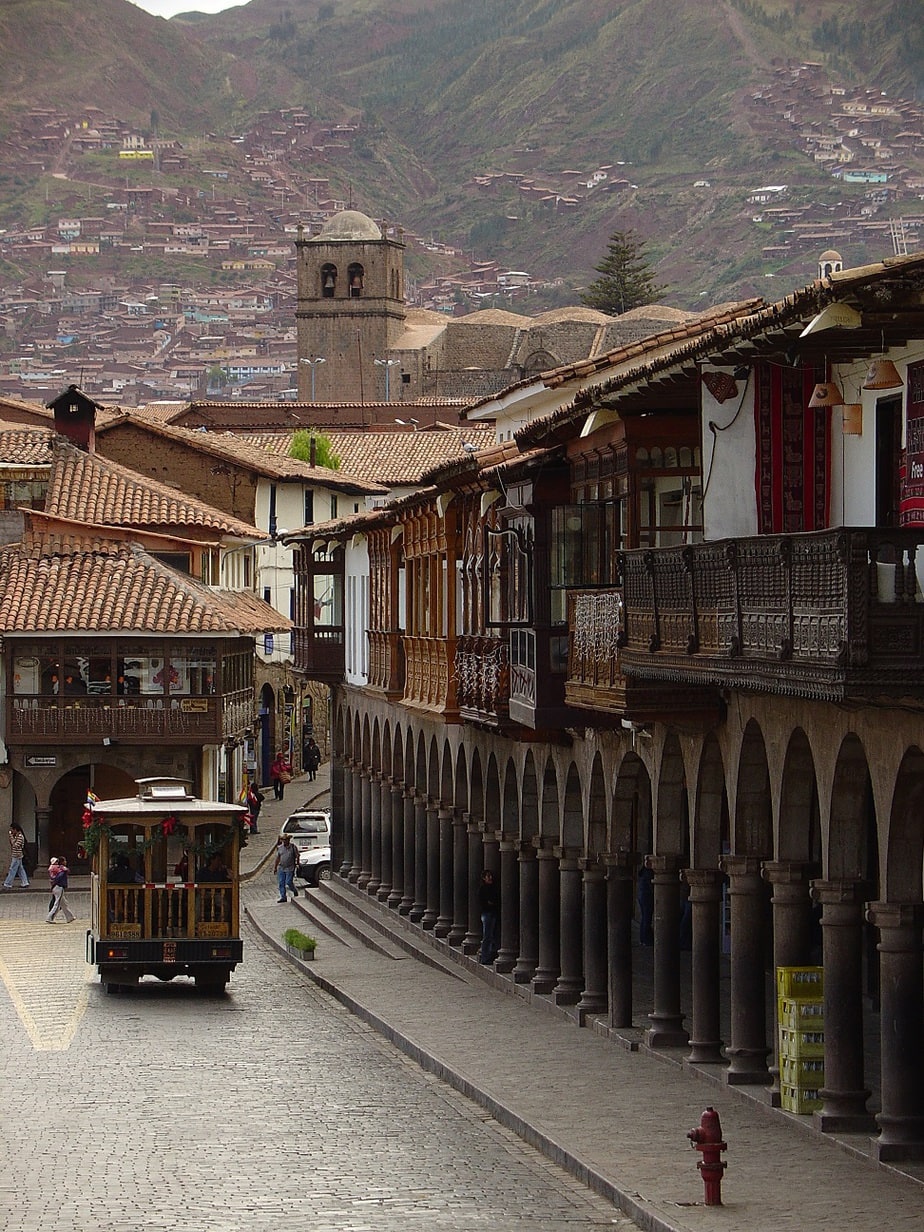 Cusco or Cuzco was the historic capital of the Inca Empire for several centuries until the arrival of the Spanish conquistadors. Prior to the Incas, the Cusco region was settled by the Killke people. Carbon dating shows inhabitants in the region even further back, as early as 20,000 BCE. During the reign of the Inca Empire, Cusco flourished and grew into massive city. Like all of the other cities on this list, Cusco was invaded by the Spanish, who quickly made the city their own. Currently, Cusco is the most important tourist destination in Peru, hosting nearly 2 million visitors each year.

While Cusco is home to many historical Inca sites, most tourists visit the city to go to nearby Machu Picchu. 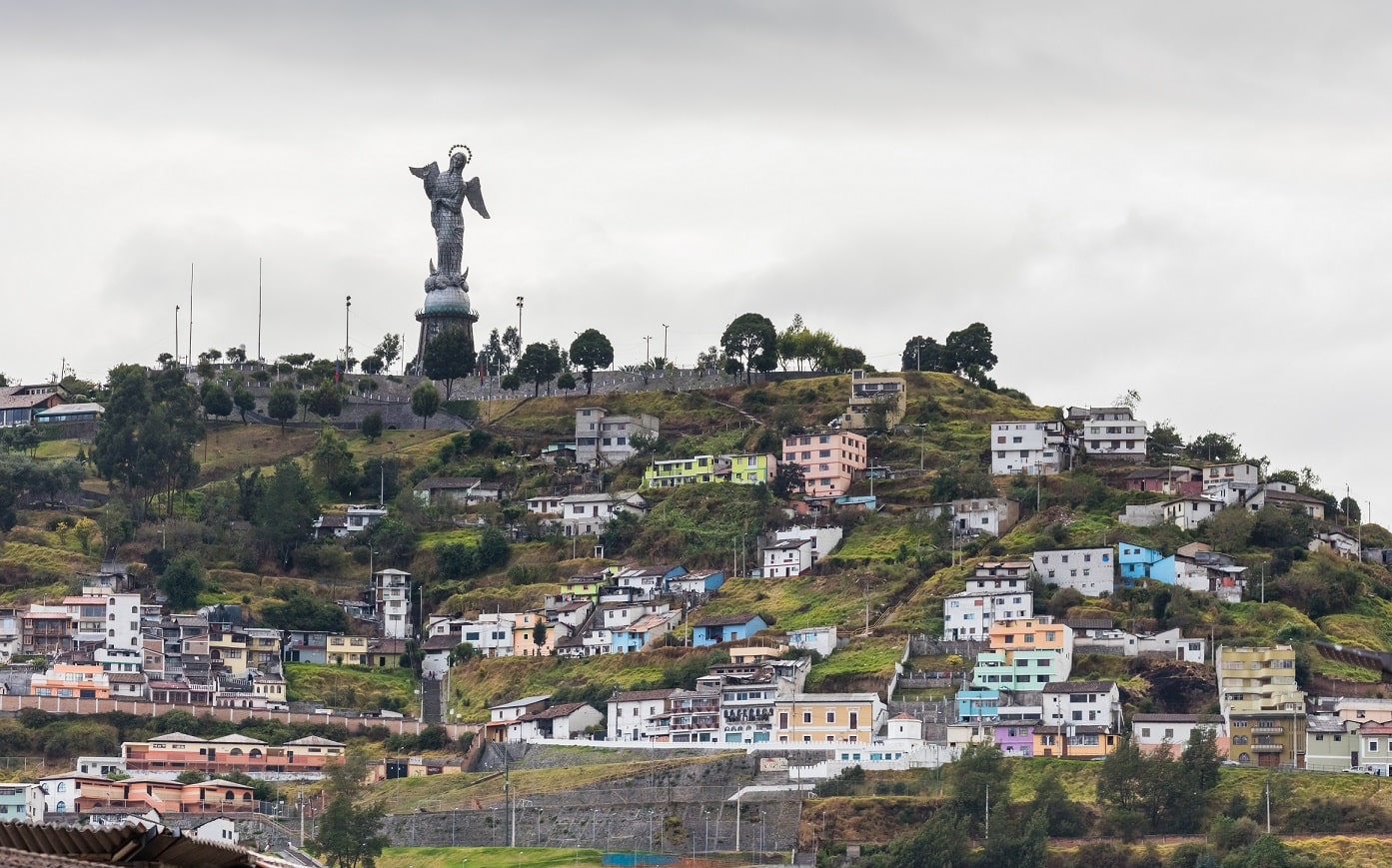 Quito, Ecuador has been inhabited since at least 800 CE when the Quitu people were living in the area. There are some hunter-gather artifacts in Quito from around 8000 BCE, but people did not settle down in the area until much later. Around the 15th century CE, Quito and the surrounding region was conquered by the Incas. Beginning in 1526 CE, an Inca civil war erupted in Quito and lasted for several years. Not long after the civil war was over, the Spanish arrived, captured Quito and formally established it as a Spanish City on December 6, 1534. 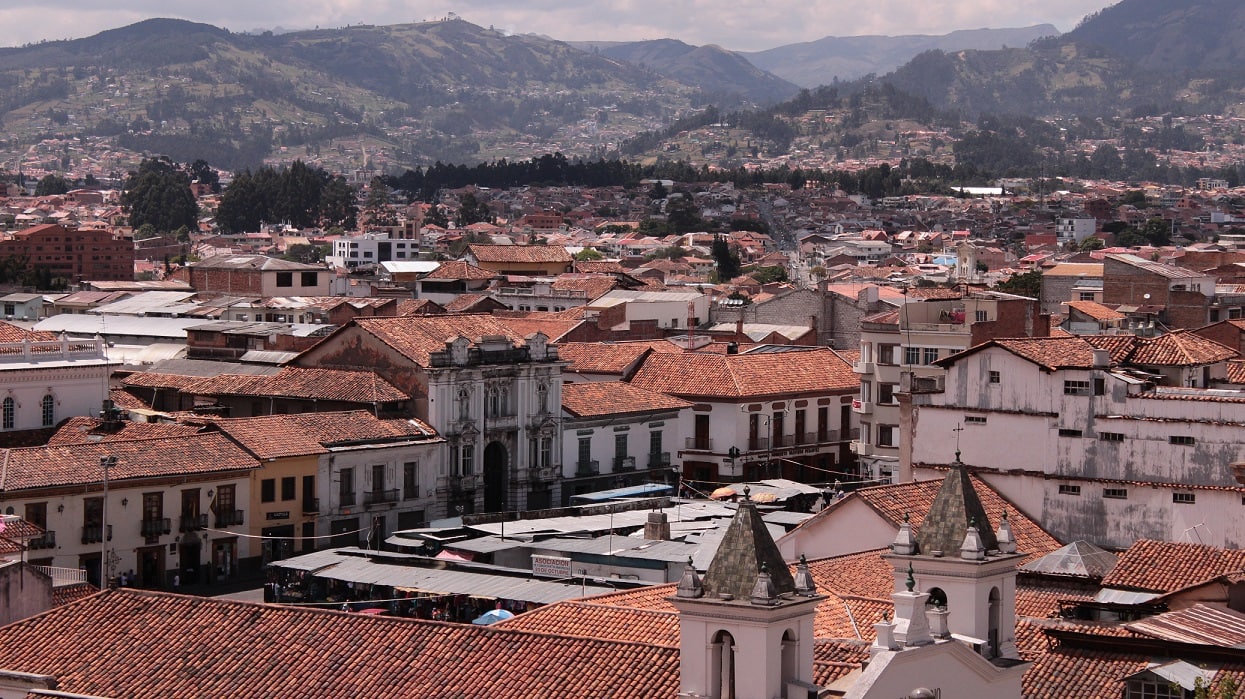 Cuenca, the capital city of the Azuay Province of Ecuador, was founded around 500 CE by the Cañari people as Guapondeleg. However, archaeological evidence shows that nomads and hunter-gatherer groups were in the Cuenca area back around 8060 BCE. Like many of the other old cities on this list, Cuenca was conquered by different groups after the Cañari, including the Incas and the Spanish. When the Spanish came in 1557, the city was renamed Cuenca by Andrés Hurtado de Mendoza, then Viceroy of Peru, after his home town of Cuenca, Spain.

Under the Incas, Cuenca was called Tomebamba and is considered a candidate for the mythical city of gold which the Spanish called El Dorado. 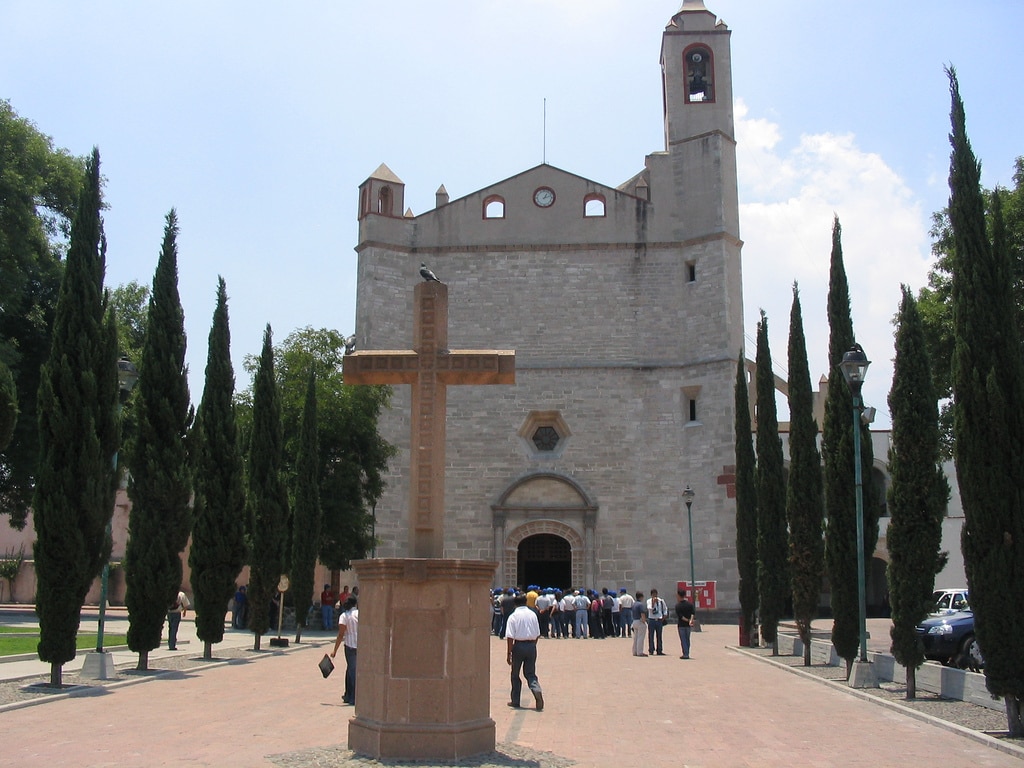 Tula de Allende is known as the home of the Tula archaeological site and was the capital city of the Toltecs. While the Toltecs did not develop Tula into their capital city until 1050 CE, there is archaeological evidence that people had settled in the area as far back as 400 BCE. It is believed that various groups settled in the area before the Toltecs turned Tula into a proper city. Unfortunately, much of the ancient city of Tula was destroyed by the Aztecs and the city was later occupied by Spanish conquistadors.

The Tula archaeological site is home to the Atlantean figures, carved stone support columns or pillars in the shape of Toltec warriors. 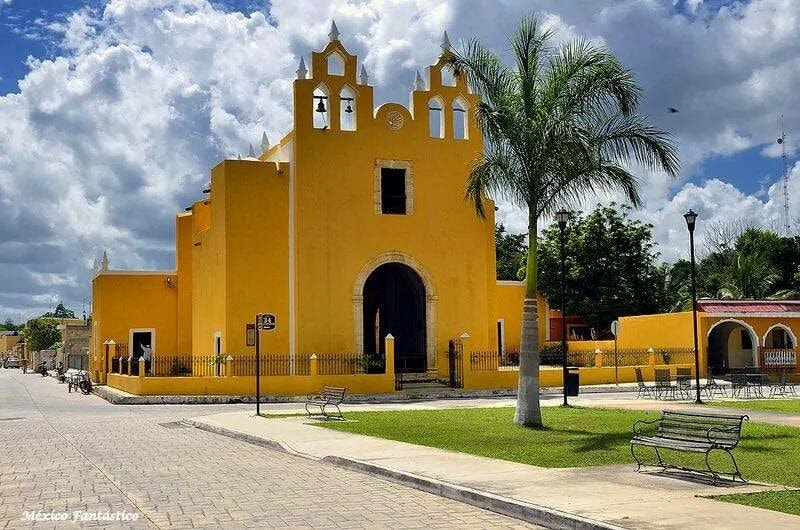 Izamal is another ancient Mexican city that has been inhabited almost continuously for several centuries. The city, which is also an important archaeological site of the Pre-Columbian Maya civilization, was founded sometime between 750 – 200 BCE. After its founding, Izamal was continuously settled until the Spanish Conquest. Very little of what the Maya built remains in Izamal today and the modern city is now a small fraction of its former glory.

Izamal is known as the (most of its buildings are painted yellow) and the City of Hills (which are actually the remains of ancient temple pyramids). 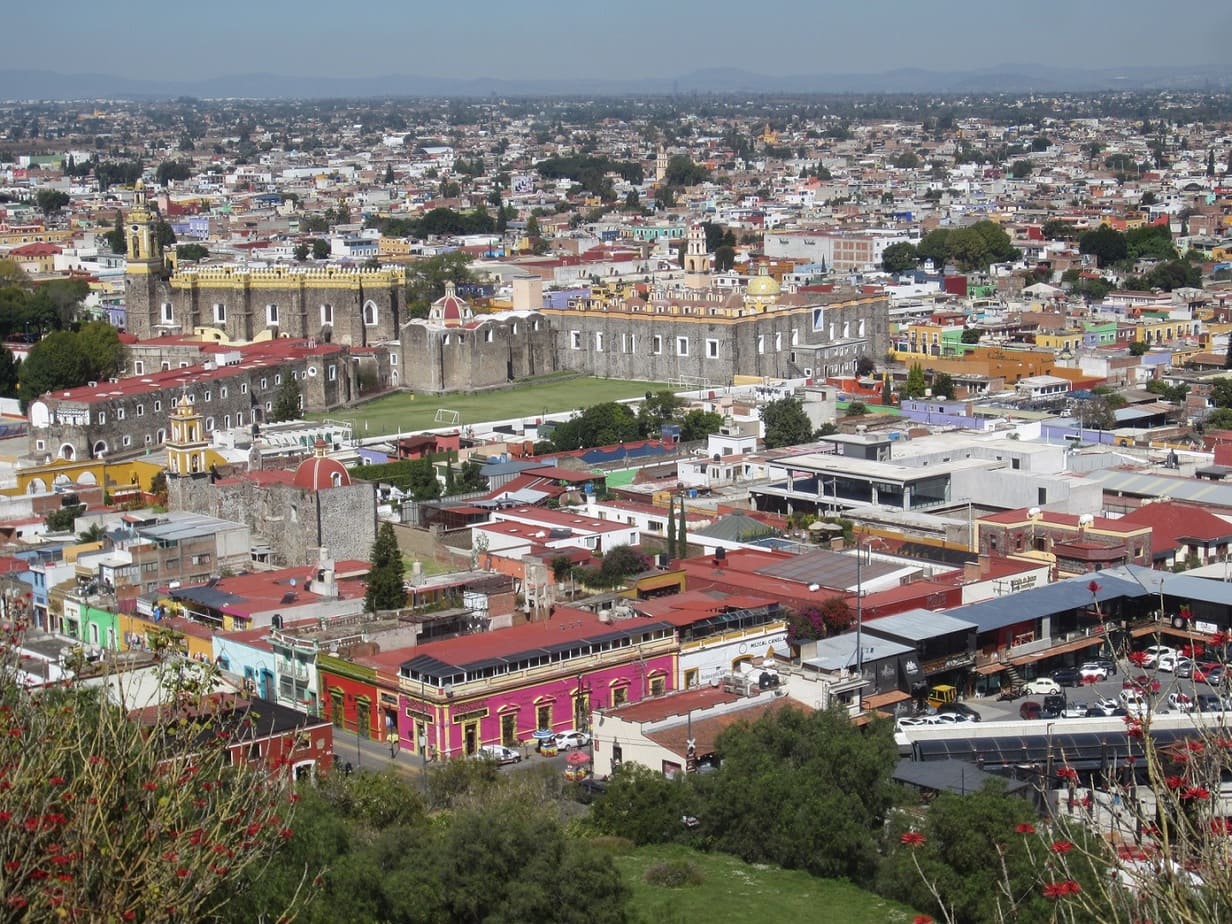 Cholula was permanently settled sometime between 800 – 200 BCE, making it the oldest city in Latin America. In ancient Puebla, Cholula was a prominent and important city. Around the 1st century BCE, the Olmecs built the Great Pyramid of Cholula, which is one of the largest pyramids in the world.  Cholula continued to grow over the next few centuries and by the time the Spanish arrive, the city was a major religious and mercantile center. Today, Cholula is a popular tourist destination known for its Great Pyramid and numerous churches, especially the Iglesia de Nuestra Señora de los Remedios built atop the pyramid.
Spread the love 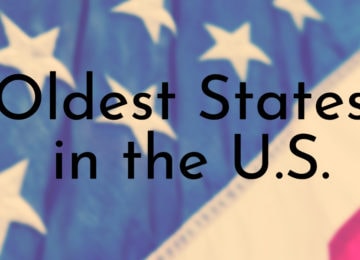 8 Oldest Formed States in the U.S.

Posted by Shasha Neil 0
The United States of America is a relatively young country compared to the likes of other nations. Officially born in…