Answeing the question of which Pokémon is the oldest can be a little tricky depending on how you define “oldest.” For the purposes of this article, we covered the ancient Mythological Pokémon, which are believed to have created the universe and world that the Pokémon story takes place in.

According to the Pokémon mythology timeline, all of the Pokémon on this list over 300 million years ago in the  Pokémon world. 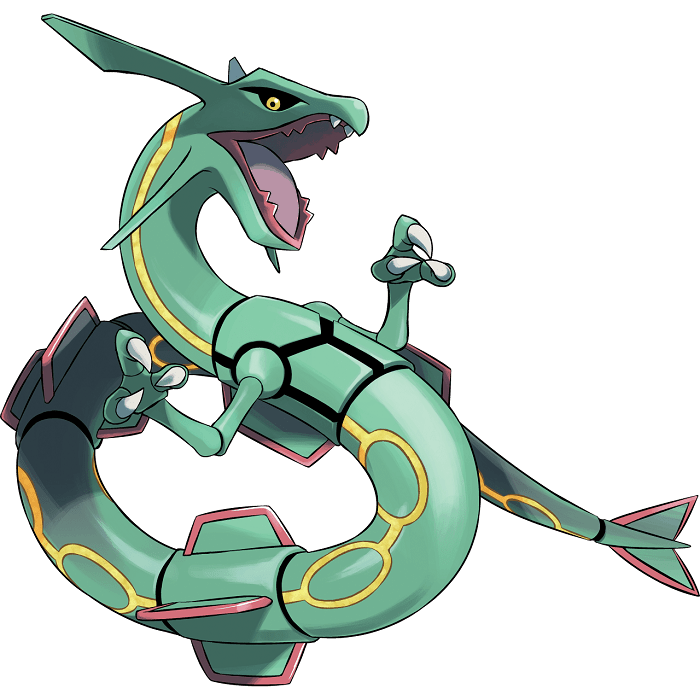 When Rayquaza is in its Mega form, it’s body releases particles that control the density and humidity of the air, which gives it the power to manipulate the weather.

It is the mascot Pokémon of the Emerald game and first made an appearance in the movie Destiny Deoxys. 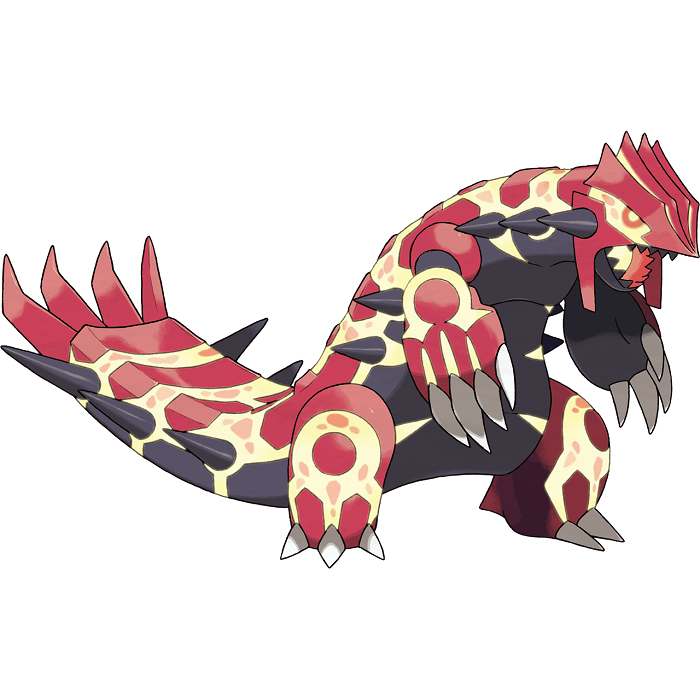 Groudon is the rival of Kyogre and a part of the weather trio, legendary and ancient Pokémon with power over water, land, and sky. It is believed that Groudon was formed from hardened magma and earth and that it created and expanded the continents. The Red Orb can be used to control Groudon, which was created after an ancient battle between it and Kyogre.

Groudon can use its powers to summon intense droughts and cause volcanic eruptions. In the Pokémon story line, Team Magma want to capture Groudon in order to create more habitats for land Pokémon by lowering the sea levels. 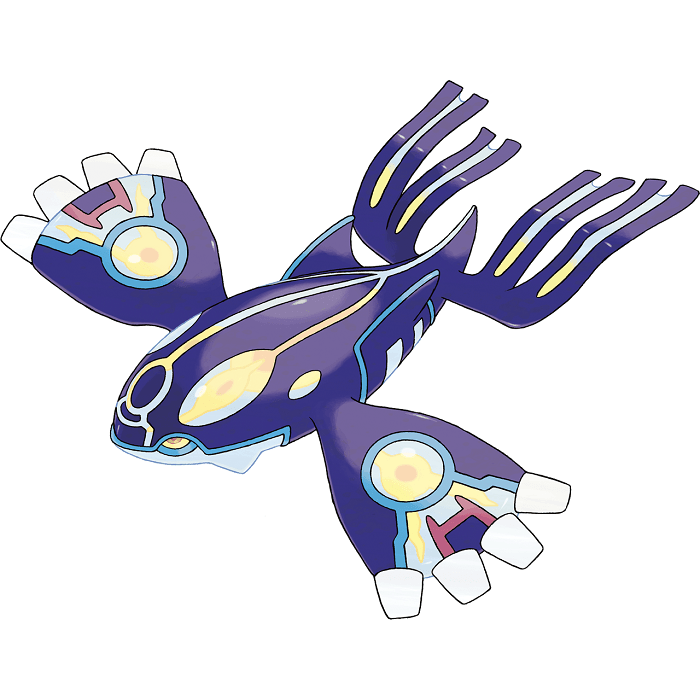 After the Pokémon world was created by Arceus along with Dialga and Palkia, Kyogre was formed by the pressure in the deep sea trenches. It has the ability to expand the oceans and has the power to control water and rain — Kyogre can use its power to relieve areas of the world affected by drought.

In ancient times, Kyogre battled with Groudon, who has the power to expand land. This battle dominated the world and did not end until Rayquaza, a legendary sky Pokémon, intervened. The Blue Orb was created and placed on Mt. Pyre to control Kyogre and prevent it from fighting with Groudon again. 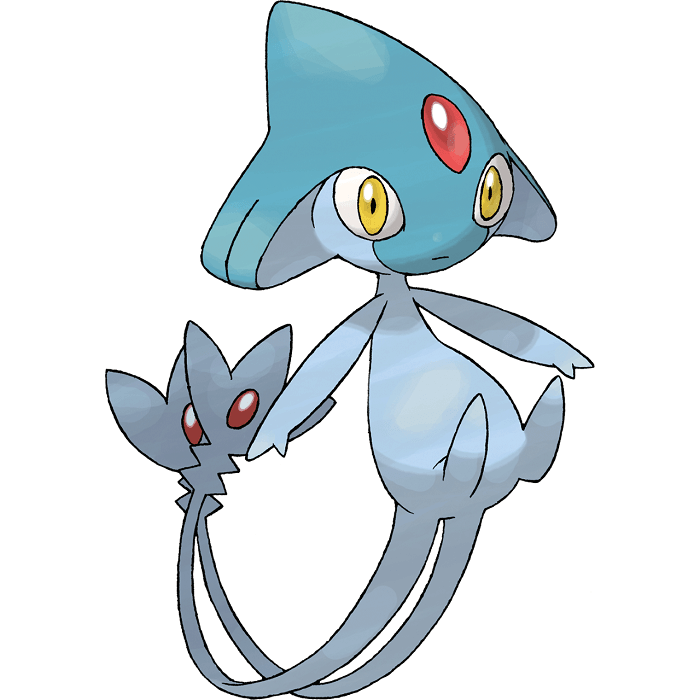 Azelf is the third Mythological Pokémon that makes up the lake guardian trio created by Arceus. It is responsible for bringing willpower into the world and gave humans the determination needed to face any of life’s difficulties. With its powers, Azelf can control someone’s will or enter their body.

According to legend, if Azelf is extremely harmed, it will cause humans to lose all of their will and make them immobile for all eternity.

Azelf is the guardian spirit of Lake Valor, which can be accessed in the Diamond, Pearl, and Platinum games. It makes a few appearances in the anime and connects with Ash due to his strong will to protect Pokémon. 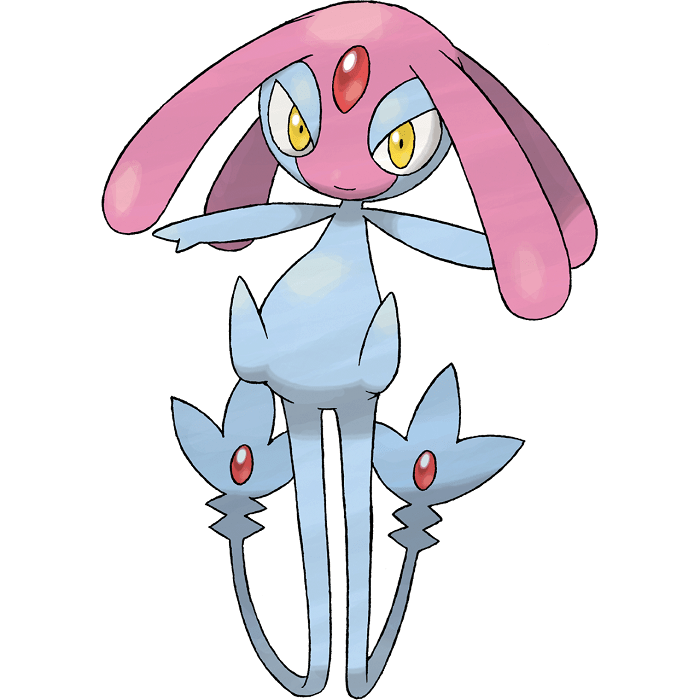 Along with Uxie and Azelf, Mespirit is one of the three lake guardian Mythological Pokémon that are responsible for helping to create the world. It responsible for bringing emotion into being and according to legend, if a person touches Mespirit, their emotions are completely drained.

Like the other two lake guardians, Mespirit can teleport itself and others as well as channel its spirit outside of its body without harm.

Mespirit is the guardian of Lake Verity, which is featured in the Diamond and Pearl game. In the anime, Mespirit appeared before Dawn because of her ability to sense the feelings of Pokémon. 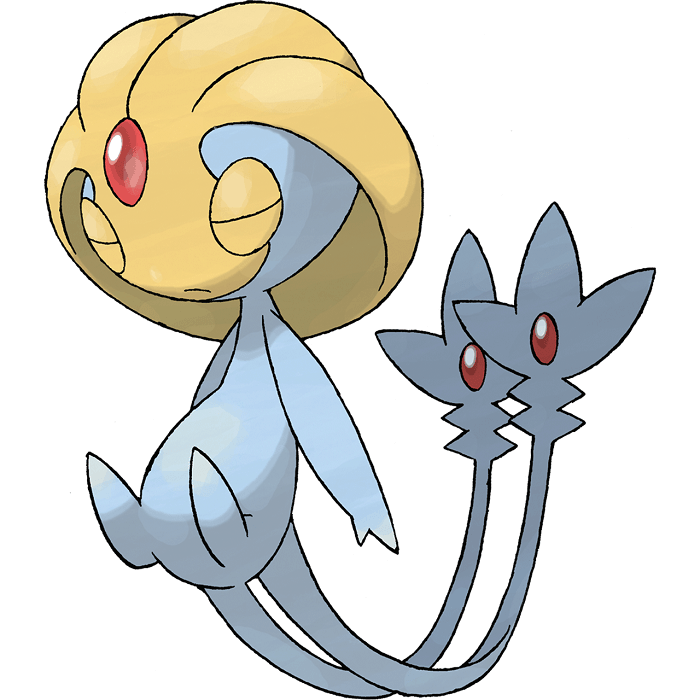 Uxie is another Mythical Pokémon created by Arceus during the formation of the early Pokémon world. According to Pokémon mythology, Uxie brought knowledge into the world. It has the ability to create illusions and teleport itself, as well as other Pokémon and people. If Uxie opens its eyes, it can wipe away a person’s memory, its spirit is also able to leave its body and return unharmed.

This ancient psychic Pokémon lives in Lake Acuity in the Sinnoh region. It is one of three lake guardians along with Mespirit and Azelf.

In the Pokémon anime, Uxie connected with Brock, one the show’s main protagonists, due to his vast knowledge of  Pokémon. 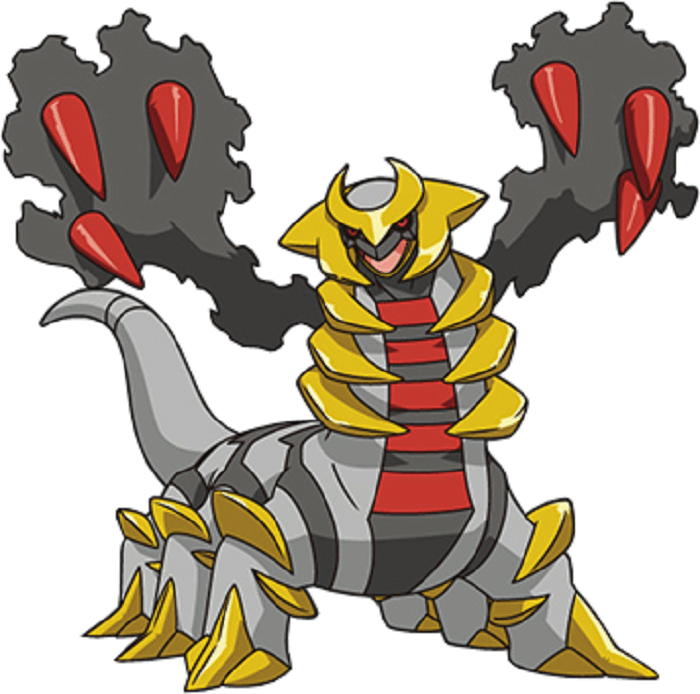 Giratina is the final member of the creation trio that came into existence because of Arceus. It was given the power of antimatter and due to its destructive nature, Arceus banished Giratina to live in the Reverse World. Giratina has the ability to travel through and control dimensions outside of time and space.

Although it does not have an evolution, Giratina has two forms: Altered Forme and Origin Forme. In its Origin Forme, Giratina has a serpentine look and can only appear in this form in its home dimension or when it is holding a Griseous Orb.

When it is outside of its dimension, Giratina takes on its Altered Forme, which looks like a dragon with six thick, clawed legs. 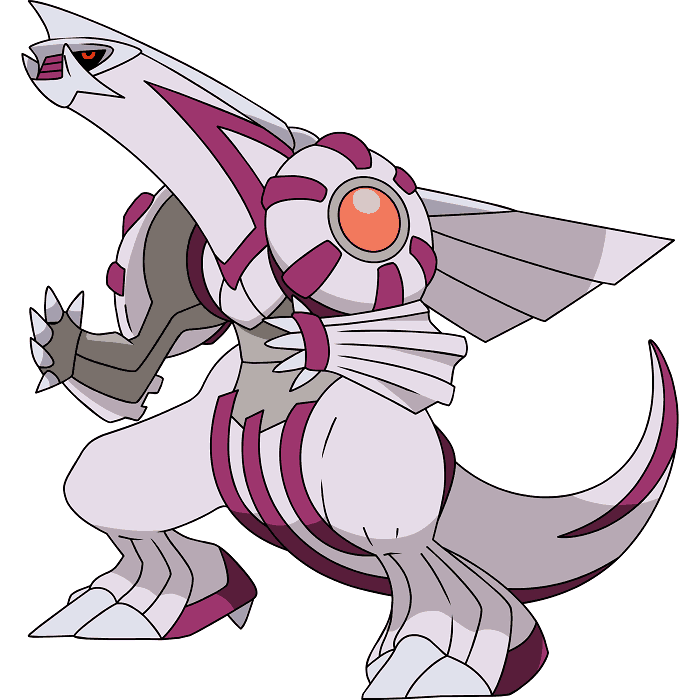 Palkia was formed by Arceus with Dialga and Giratina and it was given power of space. It is believed that Arceus created Dialga and Palkia to form the Pokémon universe. With its powers, Palkia can warp space as well as create alternate realities.

Like Dialga and Giratina, Palkia usually lives in its own dimension and is only seen on very rare occasions.

Palkia is the mascot of the Pokémon Pearl game and it made its debut in the Rise of Darkrai movie. It often fights with Dialga and Giratina and in the film, Arceus and the Jewel of Life, their battle caused Arceus to wake up. 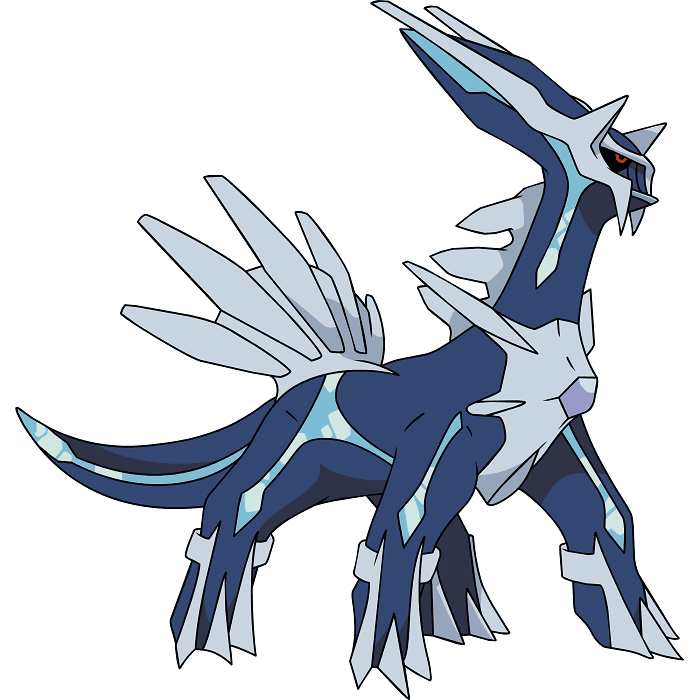 Not long after Arceus hatched from its egg, it created Dialga along with Palkia and Giratina, who form the creation trio. Arceus gave Dialga the power over time and according to Pokémon legend, it created the universe with Palkia before retreating into its own dimension.

With its power over time, Dialga can speed time up, slow it down, or stop it completely. Dialga is the game mascot of the Pokémon Diamond game and first appeared in the film Rise of Darkrai. In this film and many of its appearances in the Pokémon anime and films, Dialga battled with its counterpart Palkia. 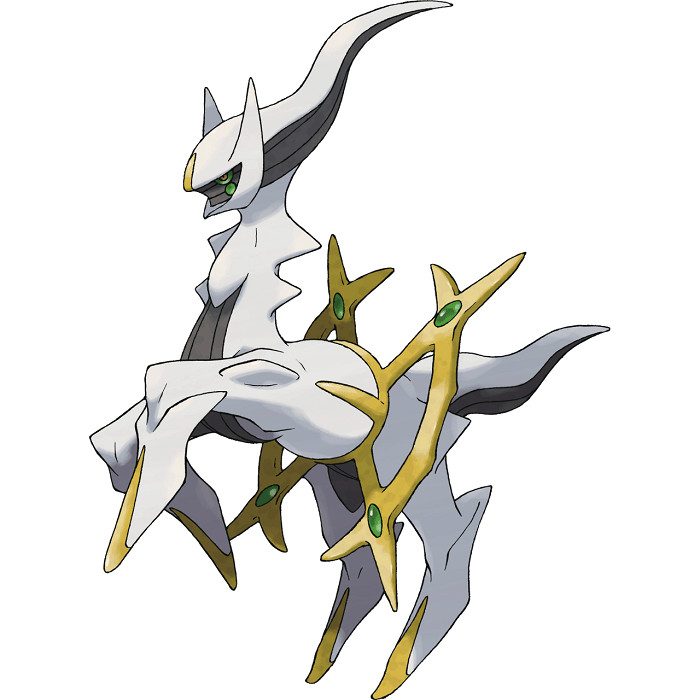 According to Pokémon mythology, Arceus is the oldest and first Pokémon in exisistence — it is often called “The Original One.”

This Pokémon made its debut in 2009 in a feature film titled Arceus and the Jewel of Life. Arceus is credited with creating the Sinnoh and Ransei regions, and may have even created the entire Pokémon universe.

Soon after coming into existence, Arceus created Dialga, Palkia, and Giratina (the creation trio) as well as Uxie, Mespirit, and Azelf (the lake guardians). It also has the power to bring back things that it destroyed, make things vanish, and stop time.