Fortnite has only been around for three years, but has grown into one of the most popular games in the world. In fact, Fortnite is so popular that tens of millions of people play each month. With such a large number of people playing, its natural for the game’s demographics to cover a wide range of people. While the target audience for the game might skew a little young, there are reportedly numerous parents and grandparents playing the game. This list contains some of the oldest known Fortnite players, who have made a name for themselves on the internet by sharing their gameplay videos and live streaming on Twitch. 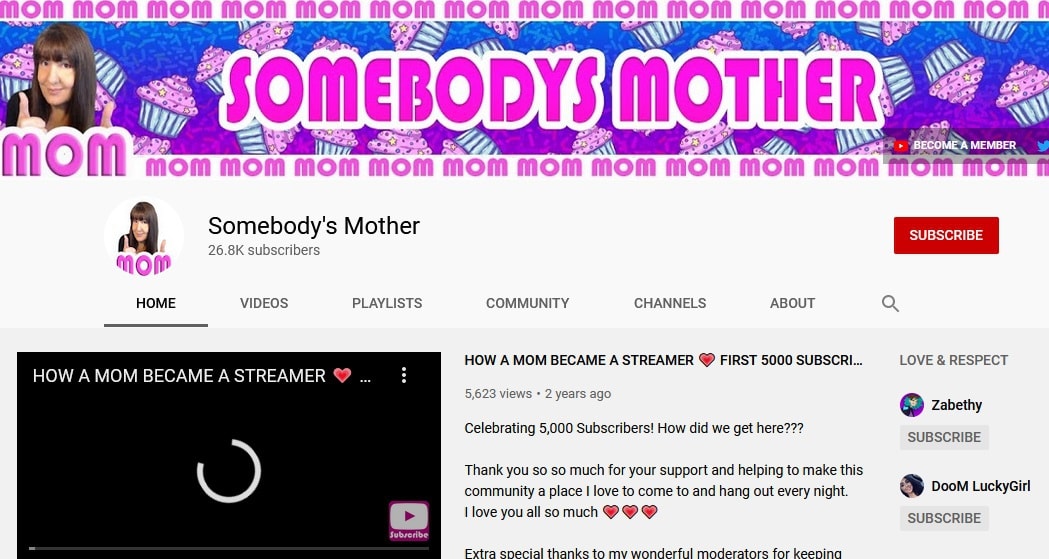 Although Somebody’s Mother gained attention for her Fortnite videos, she also has 166 World of Warcraft videos on her YouTube as well as a few PUBG compilations.

GrannyNoScope is the oldest known female Twitch player and is in her 60s. Like most of the other players on this list, GrannyNoScope has amassed a decent following by streaming her Fortnite games on Twitch. She currently has 31.3K followers on Twitch.

According to GrannyNoScope’s Twitch profile, she worked in the accounting field for 34 years and is now enjoying her time as a retired housewife. GrannyNoScope also says that she has been game for over 30 years now and often enjoyed playing with her children while they were growing up. In addition to video games, GrannyNoScope enjoys quilting and crafting.

For the past several years, GrannyNoScope had been caring for her 93 year old grandmother, who recently passed away in June and was born in 1927. 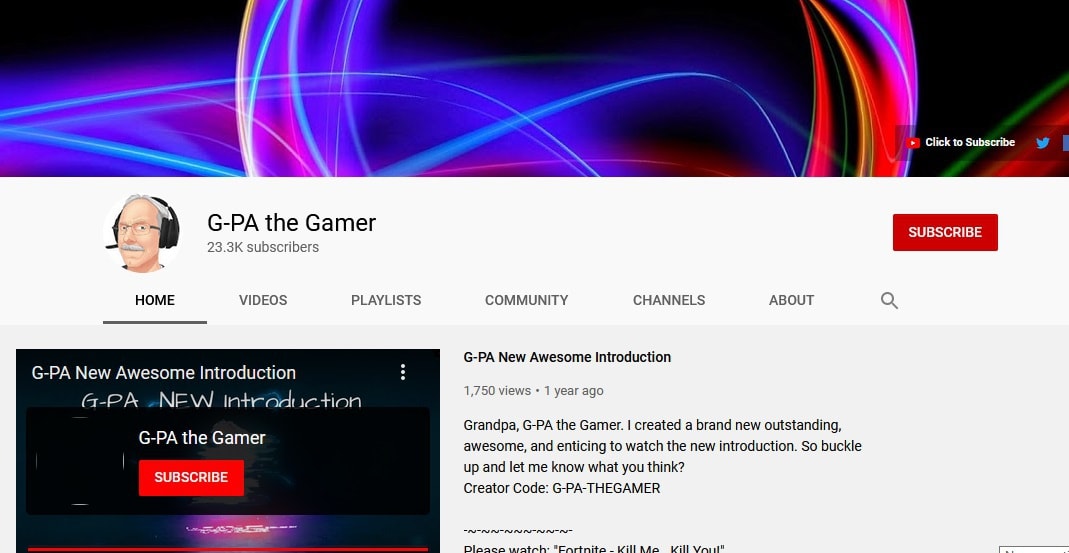 Compared to the other players on this list, G-PA the Gamer doesn’t have a dedicated Fortnite Twitch stream or regular schedule. G-PA the Gamer seems to play Fortnite when he can and uploads videos to his YouTube every few months. The last time that G-PA the Gamer posted a video was on June 30, 2020. From a video on April 4, 2019, G-PA the Gamer revealed that he was 65 at the time, which would make him about 66 this year.

G-PA the Gamer discovered Fortnite after one of his grandsons showed it to him. He was instantly hooked to Fortnite and decided to start uploading some of his videos to YouTube. G-PA the Gamer has dubbed his viewers his G-Pals.

G-PA the Gamer only started playing games about a decade ago after his wife, who was playing World of Warcraft, asked him to try the game out and he fell in love with video games.

Before he recently passed away on October 17th, OldBuzzardt was one of the oldest Fortnite players at 72 years old and was a beloved member of the Fortnite community. The announcement of OldBuzzardt’s passing was made by his family, prior to one of his scheduled streams. His family left the stream up for a while so that Fortnite community could pay their respects to OldBuzzardt, who was affectionately dubbed “Grandpa” by many of his followers.

OldBuzzardt served as a law enforcement officer from 1969 to 2010. He also briefly served in the U.S. Air Force and spent time in the Army Reserve. OldBuzzardt spent his retirement spending time with his family and playing games. While Fortnite was his most played game – he played so much that Epic Games acknowledged OldBuzzardt’s love for the game by giving him his own Creator Code – OldBuzzardt also played League of Legends and the new sensation, Among Us.

According to OldBuzzardt’s Twitch profile, he had been playing computer games since 1982 and his first computer was the Commodore 64. 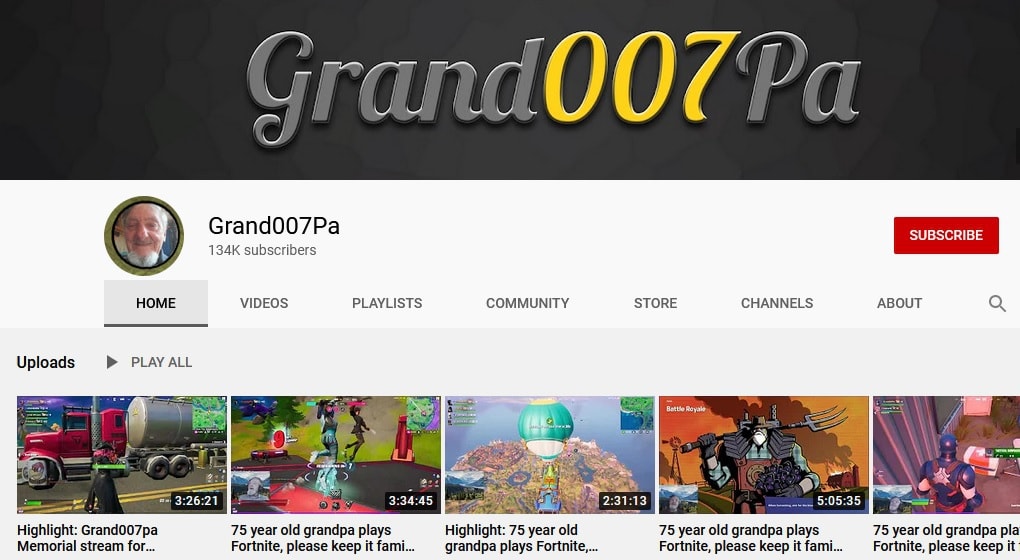 Grand007Pa is currently the oldest known Fortnite player at the age of 75. According to Grand007Pa’s bio, he’s just a grandpa who loves playing Fortnite, fishing, and spending time with his grand kids. He has made a name for himself in the Fortnite community through his Twitch streams as well as his videos on YouTube. Although Grand007Pa only streams himself playing Twitch, he has likes to play other shooters. Grand007Pa also says that he has been playing computer and console games since they first came out, which is much longer than most of his followers have been alive!

At the time of this writing, Grand007Pa has 29.7K followers on Twitch and 134K subscribers on YouTube. Near the end

Grand007Pa is an Army Vietnam veteran, who spent nearly 10 years in the service and was deployed to Germany, Korea, Japan, and Vietnam.

Posted by Shasha Neil 0
Spread the loveThe video game industry has grown into a multi-billion dollar industry and shows no signs of slowing down.…

8 Oldest Celebrities in the World (Updated 2020)

Posted by Shasha Neil 0
Spread the loveIt may be hard to believe, but several famous celebrities who were born near the start of the…

Posted by Shasha Neil 0
Spread the loveLike many popular bands and musicians, Maroon 5 started out as a high school band formed by Adam…

Posted by Lauren Johnson 0
Spread the loveThis list contains spoilers from the Marvel Cinematic Universe. If you have not seen the films all the…