In ancient Egypt, pharaohs were the supreme heads of state and high temple priests, and were spiritual mediators between Egyptians and the gods. They made laws, collected taxes, maintained religious harmony, led spiritual ceremonies, and waged war.

Most pharaohs took over from their fathers; thus, a large percentage of pharaohs were already over 30 years old before they ascended the throne. However, the eight pharaohs we’ve listed below stepped into their role at a tender age. 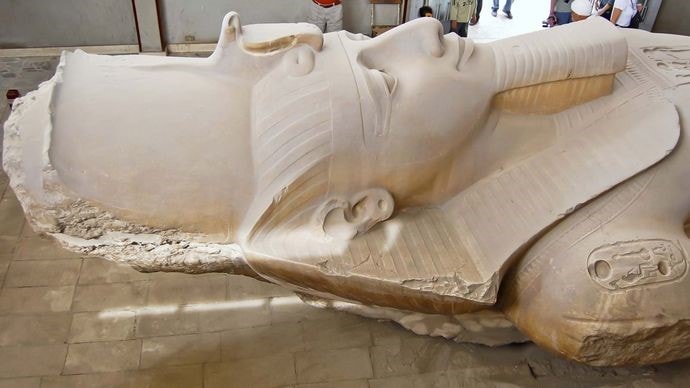 When he was just 14 years old, Ramses II was appointed the prince regent by his father Seti I. Ramses II became pharaoh about a decade later and ruled for 66 years — he is the second longest serving pharaoh in Egyptian history.

As the 3rd pharaoh of the 19th Egyptian dynasty, Ramses II is credited for his widespread building programs and wars against Libyans and Hittites. He established Pi-Ramesses city, which served as his capital and campaign center. Ramses II also carried out hundreds of campaigns and secured territories previously seized by Nubians and Hittites.

After reigning for 30 years, Ramses II was made into an Egyptian god by his people.

Ramses II brainstormed the idea of signing the first peace treaty in human history between himself and Hattusili III. 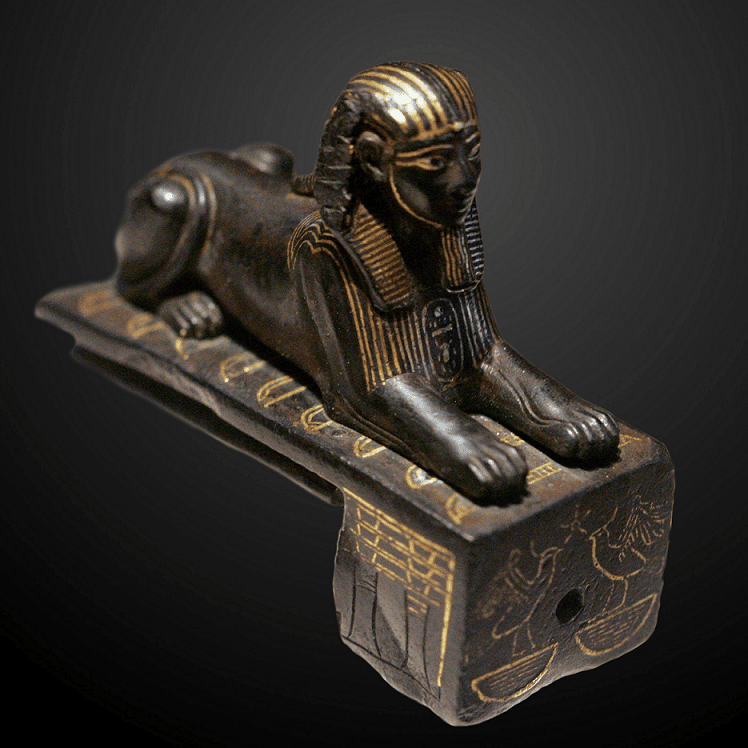 After serving as a coregent (co-ruler) to his stepmother for 22 years, Thutmose III was officially crowned the 6th Pharaoh of the 18th Egyptian dynasty in 1479 BCE.

Popularly known as “the Napoleon of Egypt,” Thutmose III ruled for 54 years, capturing cities and expanding Egypt’s territories. He led 17 military campaigns within 20 years, winning all of them.

To document his success, Thutmose III ordered the 17 successful military campaign specifics to be engraved at Karnak’s temple of Amun.

During the reign of Thutmose III Egypt became an international superpower and he established the Egyptian Empire — which is one of the oldest empires ever in history.

The pharaoh never lost a battle, and he captured 350 cities during his numerous campaigns.

Thutmose III won his first battle at the Battle of Megiddo, gaining control over Northern Canaan. He eventually became known for his military prowess. 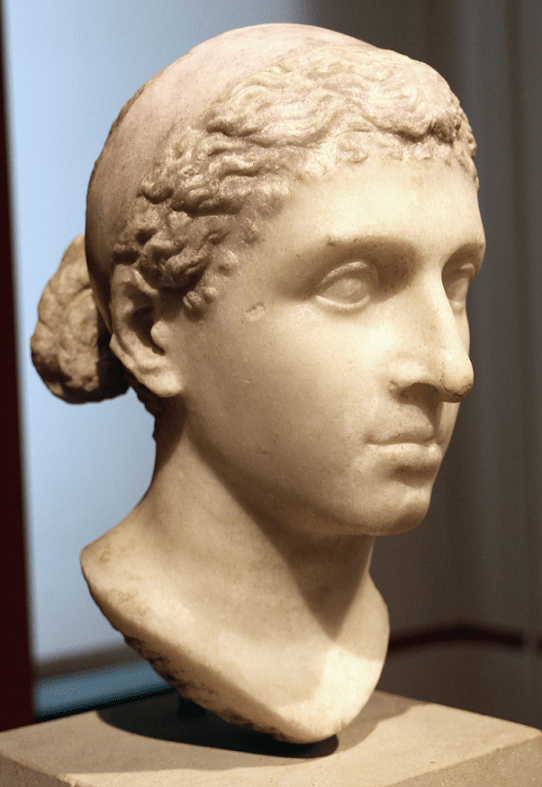 A name renowned through history, Cleopatra VII Philopator — usually just referred to as Cleopatra — was the last Pharaoh of the Ptolemy Egyptian dynasty. Her leadership brought an end to the dynasty rule that had lasted for 5,000 years.

Cleopatra took over headship after the death of her father, Ptolemy XII, in 51 BCE.

By the time Cleopatra took the leadership mantle, Egypt was facing serious financial problems created by her forerunners. There were food shortages, scattered civil strife, drought, and failed crops. Through her connections and the support of qualified advisers, she managed to salvage the situation.

Cleopatra’s true origins weren’t in Egypt; she was actually a product of incest. When she traced her family origins, she found a connection to Ptolemy 1 Soter, one of the generals of Alexander the Great. 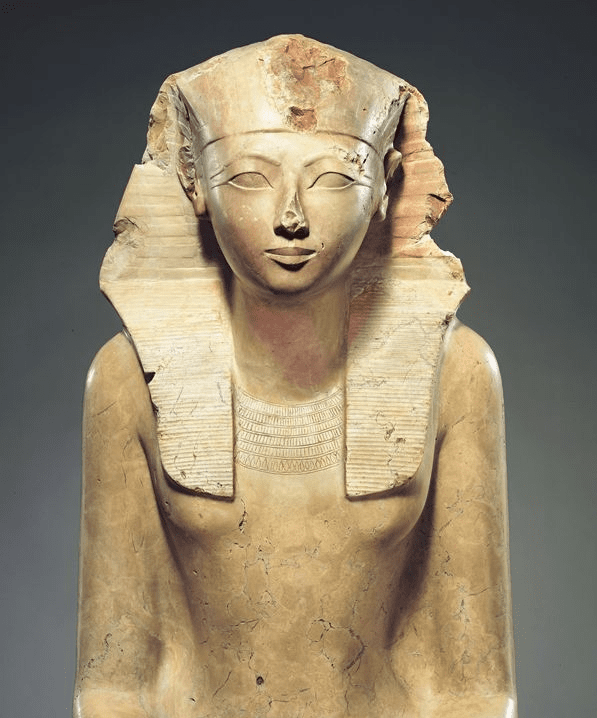 Hatshepsut is on this list because technically, she rose to power when she was just 12 years old. However, she became Queen of Egypt at this age when she married her half-brother Thutmose II after their father died in 1492 BCE.

Because Thutmose III died young (in 1479 BCE), Hatshepsut became regent to their two-year old son Thutmose III. But, Hatshepsut wanted to fully rule as a pharaoh and she achieved this by asserting her right to rule through her lineage as the only child of Thutmose I and his primary wife, Ahmose.

After becoming pharaoh in 1478 BCE, Hatshepsut ruled for 21 years before Thutmose III took control of the throne at the age of 24.

Hatshepsut is credited among the few women who contributed massively to the construction of Ancient Egyptian. She commissioned dozens of construction projects in Lower and Upper Egypt.

In addition, Hatshepsut helped to reestablish trade networks and routes that had been previously disrupted.

A particular theory claimed that Hatshepsut was actually the Queen of Sheba described in the Bible. Despite her mighty achievements, her successors, especially Thutmose III, did a lot to erase her story from the Egyptian leadership, but to no avail. 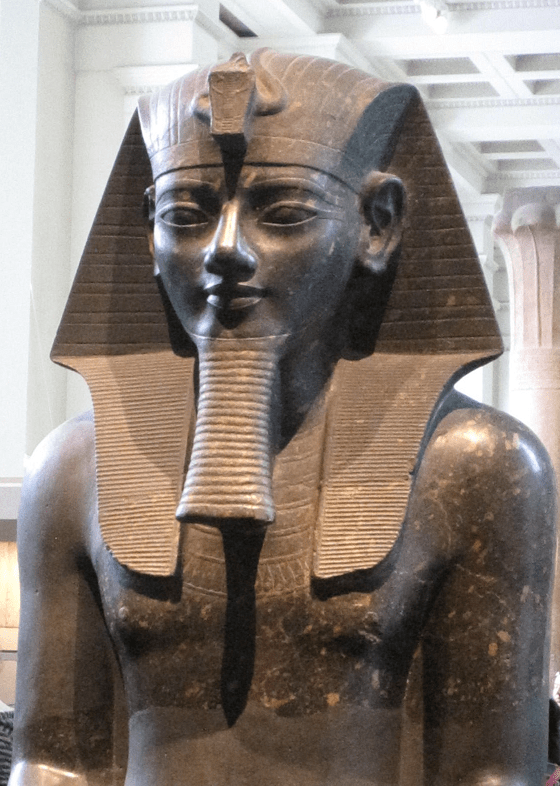 Amenhotep III was one of the most celebrated Egyptian pharaohs of the eighteenth dynasty. As a great-grandson of Thutmose III and son of Thutmose IV, he assumed power and ruled when Egypt was experiencing massive prosperity, peace, and international influence.

While there is a lot of uncertainty over the exact dates of Amenhotep III’s birth and death, it’s widely accepted that he became pharaoh when he was just 12 years old. His mother, Mutemwiya, acted as his regent until he was old enough to rule on his own.

Later in his life, Amenhotep III declared that his true father was the god Amun, who had taken on the form of Thutmose IV.

Since Amenhotep’s reign was so peaceful, he only participated in one war while he was on the Egyptian throne.

Over 250 statues of Amenhotep III have been discovered, which makes him among the most iconic of pharaohs with this many statues. 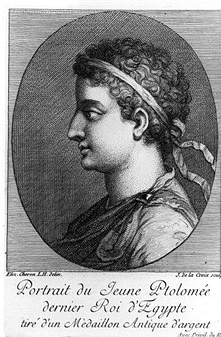 Ptolemy XIII Theos Philopator was among the last of the pharaohs of the Ptolemaic dynasty. He became a pharaoh at the age of 11, and reigned until he died in 47 BCE.

The young pharaoh was one of his sister Cleopatra’s many co-rulers.

When he was 15, Ptolemy XIII engaged Julius Caesar in a war over the control of Egypt. However, he was defeated in the 47 BCE Battle of the Nile. He died that same year, attempting to escape from Caesar after the defeat.

Although their father, Ptolemy XII Auletes, wanted Ptolemy XIII Theos Philopator and Cleopatra to get married and co-rule peacefully, they did not get along. Instead, they began a war against each other almost immediately after they were married. 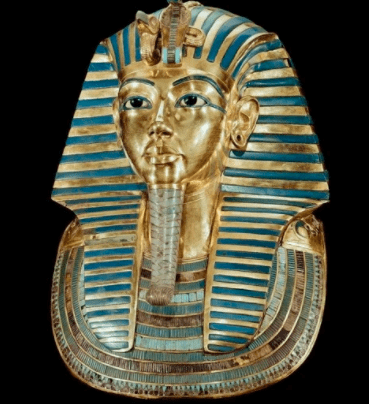 One of the most famous young pharaohs is Tutankhamun, aka King Tut, who became Pharaoh at the age of nine, and ruled until hist death in 1323 BCE. The boy king had a short life and died when he was only around 18 or 19 years old.

King Tut was the last ruler of his royal family and married Ankhesenamun, his paternal half-sister.

Tutankhamun’s most significant achievement during his reign was restoring the traditional religion, which Akhenaton had changed decades earlier during his reign. He also sent troops to Syria to help them fight a group linked to the Hittites.

While King Tut is a household name today, at the time of his death, his name had been stricken from the list of royal princes and rulers. The location of his tomb went unnoticed for centuries until his tomb was uncovered by British Egyptologist Howard Carter on November 4, 1922.

Tutankhamun’s original name was Tutankhaten (meaning living image of the Aten), which was the name given to him by his parents. Both worshipped Aten, the sun god. The young pharaoh went on to change his name to Tutankhamun after he started worshipping the god Amun, the king of the gods. 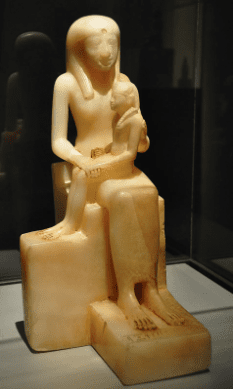 Pepi II Neferkare is the youngest pharaoh in Ancient Egyptian history. He became the pharaoh at the age of 6 and was the last ruler of the 6th Dynasty and Egypt’s Old Kingdom. The Old Kingdom era is notable for being the period of pyramid building.

Despite taking reign of Egypt as such a young age, Pepi II went on to rule for about 94 years. Pepi II is believed to have had the longest reign of any pharaoh in history.

The reign of Pepi II marked the end of the Old Kingdom and welcomed the birth of the New Kingdom, where Nomarchs (provincial governors) became more powerful than pharaohs.

In the early years, Pepi II was not the supreme leader, as supreme powers were held by his mother, Ankhenespepi I, and his Uncle Djau.