Institutions of higher learning can trace their roots back to medieval times and the very first institutions to use the term university were established in the Kingdom of Italy, then a part of the Holy Roman Empire. Most universities evolved from much older monastic or religious schools and it is often hard to date when the schools became official universities.

All of the universities on this list can be traced back to various religious institutions in their country of origin and the buildings are usually a part of larger churches, mosques, or cathedrals.

Eventually, all of these universities expanded their curriculum to include non-religious subjects and nearly all of them are still in operation today. 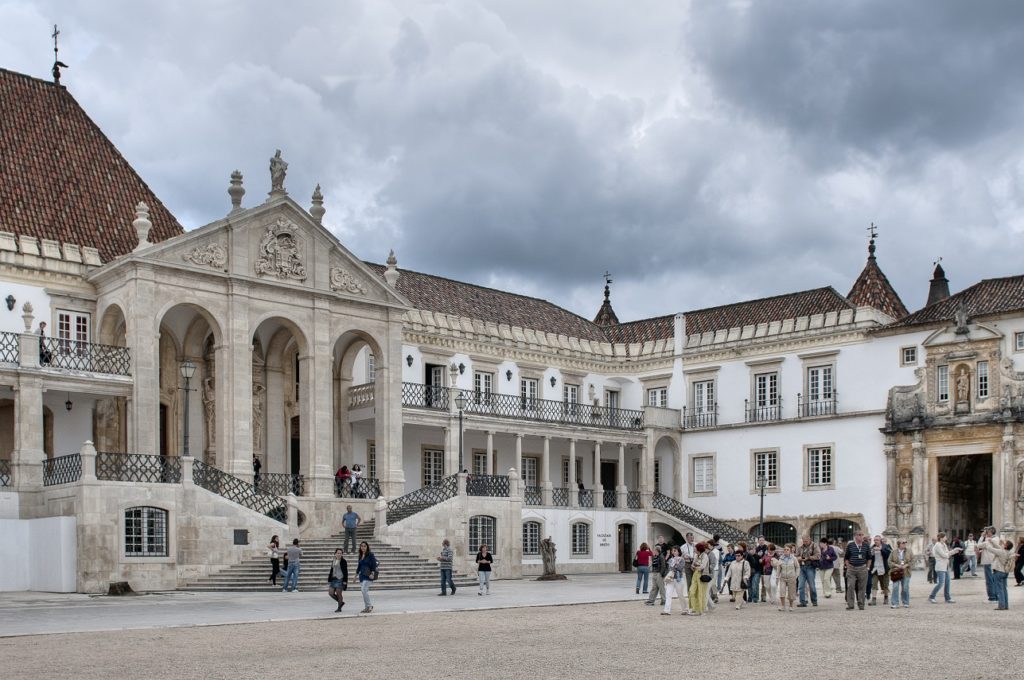 
The University of Coimbra is the oldest institute of higher learning in Portugal and dates back to 1290. Coimbra was founded by King Dinis when he signed “Scientiae Thesaurus Mirabilis,” which was also recognized by Pope Nicholas IV.

Originally, the school was located in Lisbon, but was moved to Coimbra in 1308. However, the university moved locations several more times, especially back and forth between Lisbon and Coimbra. It finally settled in its present location in Coimbra in 1537.

For many decades, the University of Coimbra was the only university operating in Portugal. This has made the school influential in Portugal’s political and social spheres.

In more recent decades, the University of Coimbra has moved toward becoming more globally competitive and new program’s have been added to the school’s curriculum.

In 2013, the University of Coimbra was added to UNESCO’s World Heritage List. 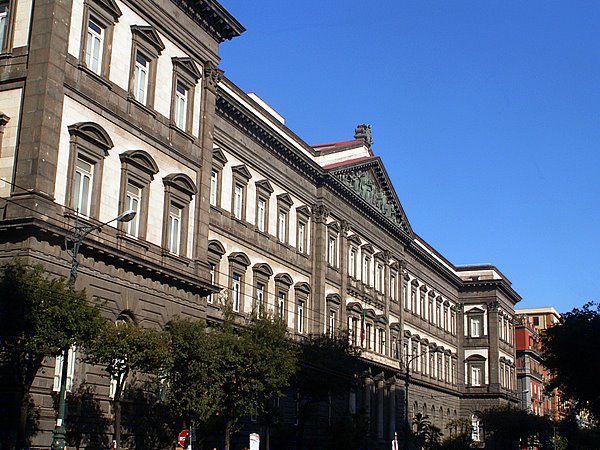 King Frederick II wanted to create an institute of learning that would rival the universities in the Bologna and Padua, which he thought were too independent or under the strong influence of the Pope.

Despite King Frederick II’s ambitious plans for the University of Naples, the school had trouble competing with other schools in the area and didn’t attract many students in its early days.

Following King Frederick II’s death, the university shut down and was re-founded by later rulers. The University of Naples Federico II has survived its tumultuous history and is one of the largest universities in Southern Italy.

During World War II, some of the buildings of the University of Naples Federico II were burned down by retreating German troops while other buildings were commandeered by the occupying Anglo-American forces. 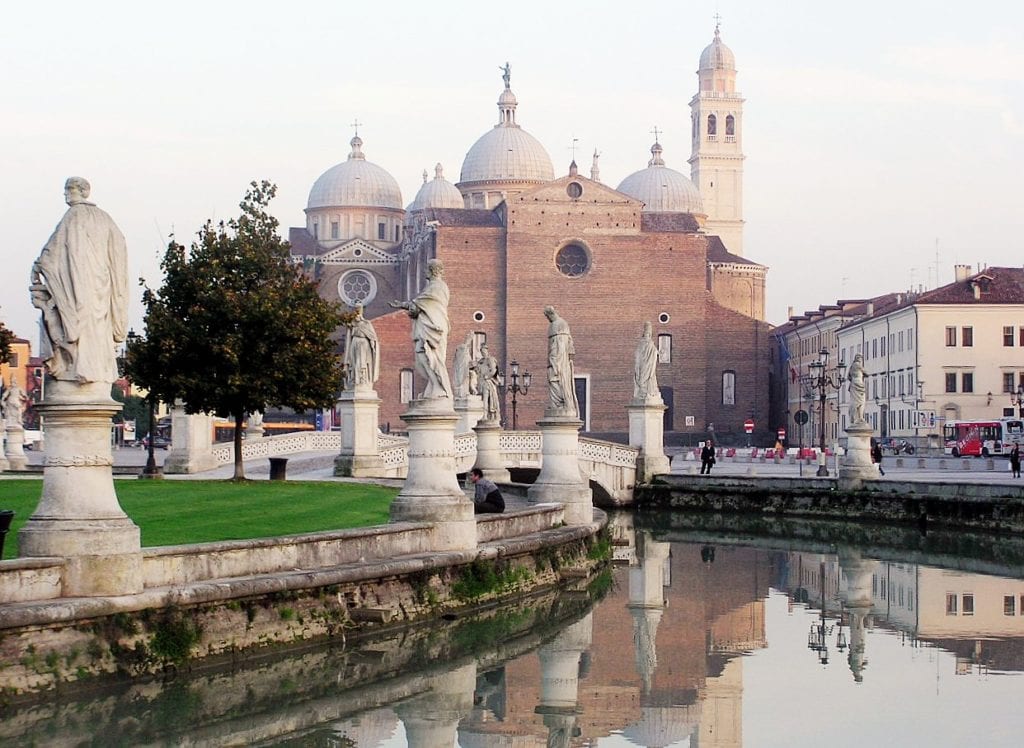 The University of Padua was founded in 1222 as a school of law and theology. Although 1222 is the first time the university was cited in a historical document, most historian believe that the school was around before that date.

The university was started when a large group of students and teachers left the University of Bologna in the pursuit of more academic freedom.

More subjects were added to the school’s curriculum and by 1399 the university had been divided into two, a “Universitas Luristarum” for civil and Canon law and a “Universitas Artistarum” for the study of astronomy, dialectic, philosophy, grammar, medicine, and rhetoric.

The Botanical Garden of Padova, which was established by the University of Padua in 1545, is one of the oldest botanical gardens in the world and many people believe that it is the oldest academic garden. 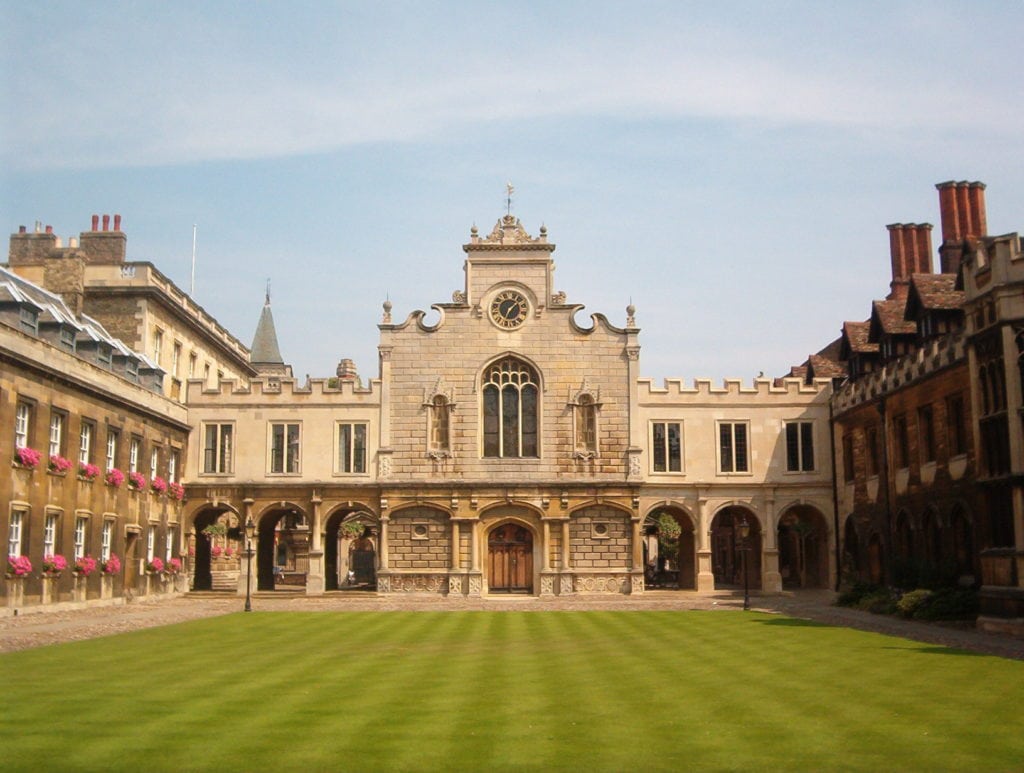 The University of Cambridge which was founded sometime around 1209 (possibly earlier) grew out of an association of scholars who fled from the University of Oxford after disputes with its townspeople. The school was granted its royal charter in 1231 from King Henry III and it is the second oldest university in the English-speaking world.

Cambridge consists of 31 constituent colleges and over 100 academic departments, which are organized into six schools.

Cambridge is currently ranked as the world’s fourth best university by three ranking tables and has produced many notable alumni including 121 Nobel laureates, 15 British Prime Ministers, and 11 Fields medalists.

Isaac Newton is one of Cambridge’s most notable students and from the time he attended the university (late 17th century) until the mid-19th century, the university had a strong emphasis on applied mathematics, particularly mathematical physics — Cambridge still maintains a its strength in mathematics.

As a research university, the University of Cambridge receives numerous research grants and contracts. Due to this, in 2017 the central university and colleges had combined net assets of around £11.8 billion ($15,267,607,000), the largest of any university in England. 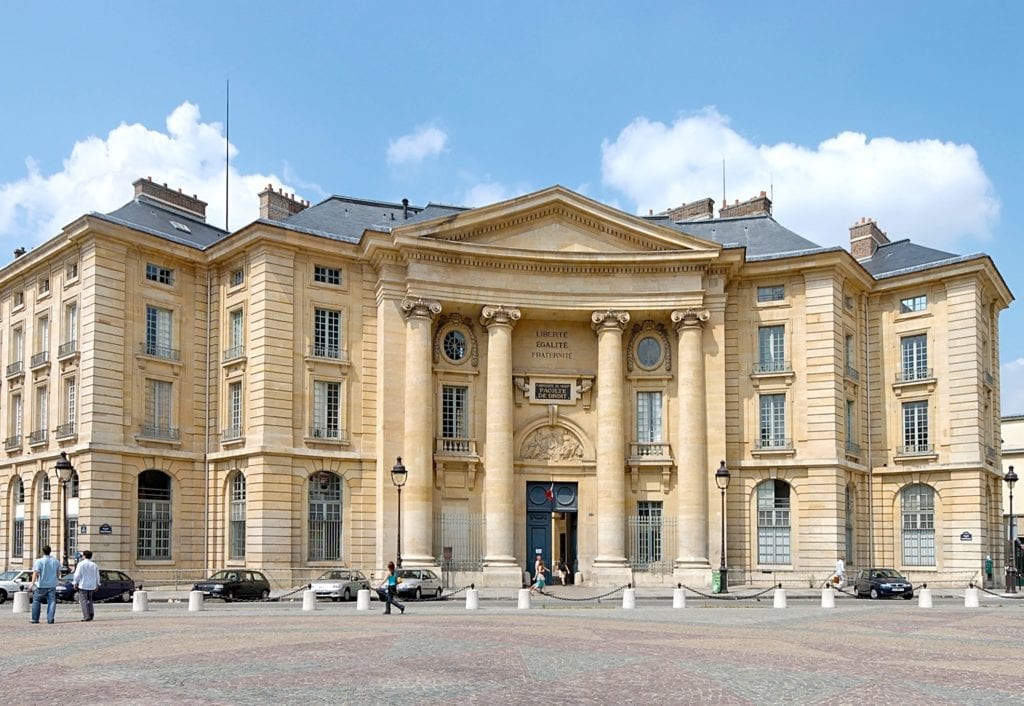 The University of Paris was founded in 1150 and operated until 1970. The school was officially chartered in 1200 by King Philip II and recognized by Pope Innocent III in 1215. The university was commonly called the Sorbonne after its theology school, which was founded in 1257 by Robert de Sorbon and chartered by Saint Louis, King of France.

After the civil unrest that occurred in France in May 1968, which was triggered by student protests at the Sorbonne, the university was split into 13 autonomous universities in 1970.

Additionally, in early 2019, a new University of Paris was formed as a result of a merger between Paris Descartes and Paris Diderot.

Before disbanding in 1970, the University of Paris was considered one of the world’s best school for the humanities, notably theology and philosophy, and it introduced several academic standards and traditions that are still used around the world today such as doctoral degrees and student nations. 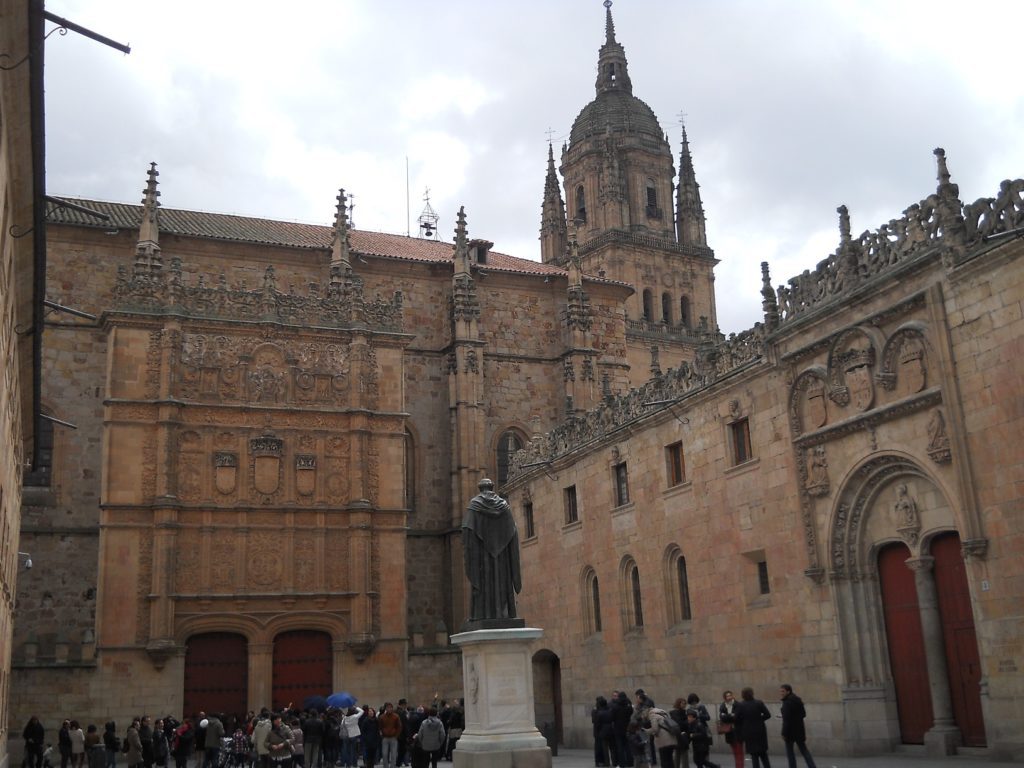 Like all ancient universities, the University of Salamanca started out as a Cathedral School and was founded in 1130.

In 2018, the University of Salamaca celebrated its eighth centennial, based on its royal charter date of 1218.

During the 16th century, the University of Salamanca admitted its first female students, Beatriz Galindo and Lucía de Medrano, the latter being one of the first women to ever to give classes at a university. 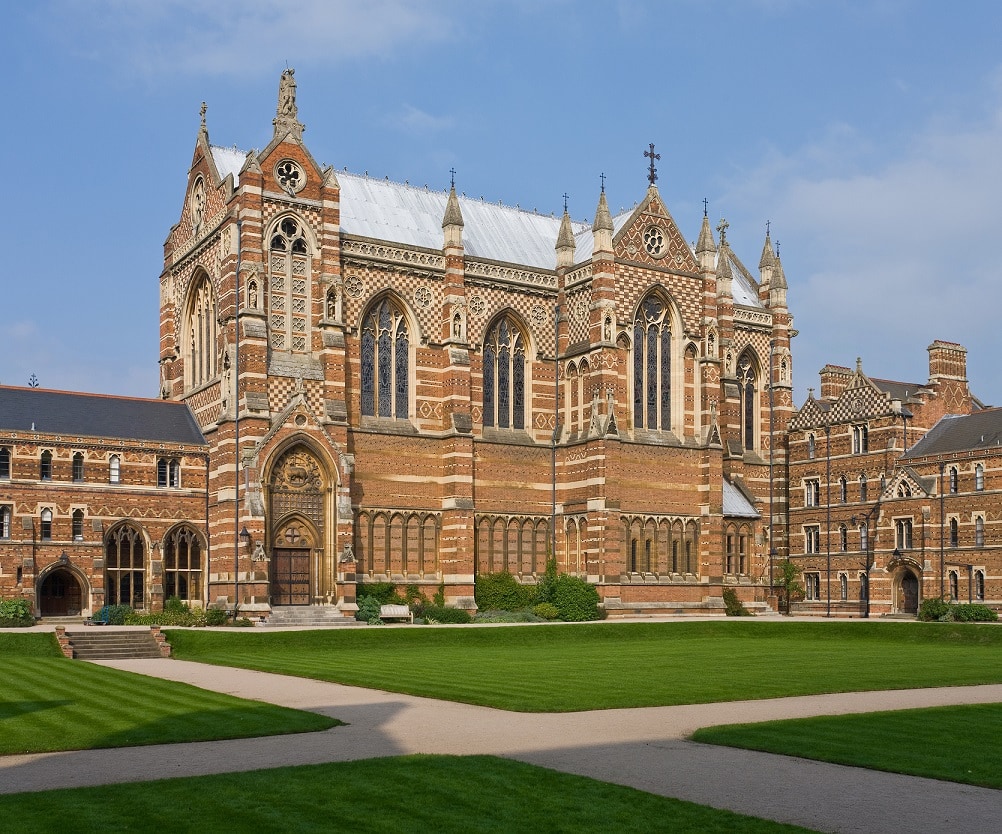 The University of Oxford or more commonly known as just Oxford is the oldest university in the English-speaking world. Although the university has no known foundation date, most historians agree that teaching at Oxford existed in some form since 1096.

Around 1167, Oxford rapidly expanded as English students returned home after Henry II banned them from attending the University of Paris.

Several students fled from Oxford in 1209 after disputes with the townspeople and went to Cambridge where there formed the University of Cambridge — the two universities are often called “Oxbridge”.

Oxford has stood the test of time and is a widely recognized and prestigious university. The University of Oxford has produced many notable alumni including 28 Nobel laureates and 27 Prime Ministers of the United Kingdom.

The University of Oxford is home to numerous scholarships, including the Rhodes Scholarship, which was established in 1902, making it the first large-scale international graduate scholarship program. 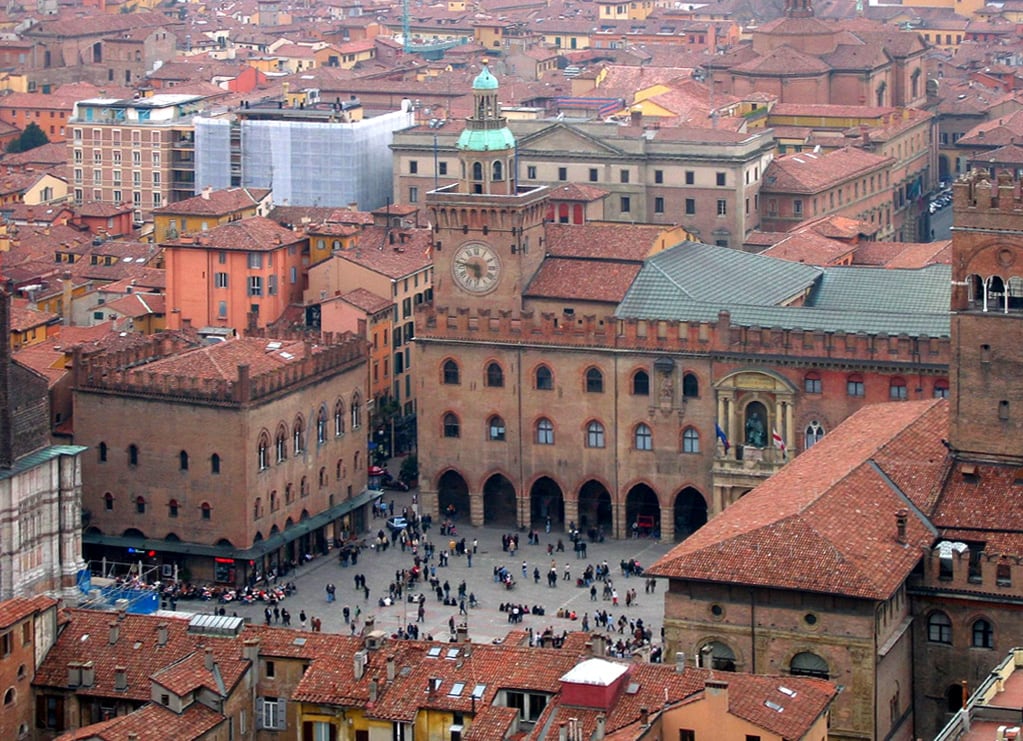 The university was also the first to adopt the phrase “Alma mater” (Latin for “nourishing mother,” which alludes to the fact that schools provide intellectual nourishment to students) into academic usage as the school’s motto is “Alma Mater Studiorum”.

The University of Bologna received its charter in 1158, but a committee of 19th century historians traced the university’s founding to 1088. While the university’s main campus is in Bologna, it has other campuses in Ravenna, Forli, Cesena, and Rimini (all in Italy) and an international branch center in Buenos Aires.

According to legend, a woman named Bettisia Gozzadini taught at the University of Bologna between the 12th and 13th centuries, a time when women weren’t often educated at all. Gozzadini’s classes were so popular that they took place in public squares instead of classrooms to accommodate the number of students. 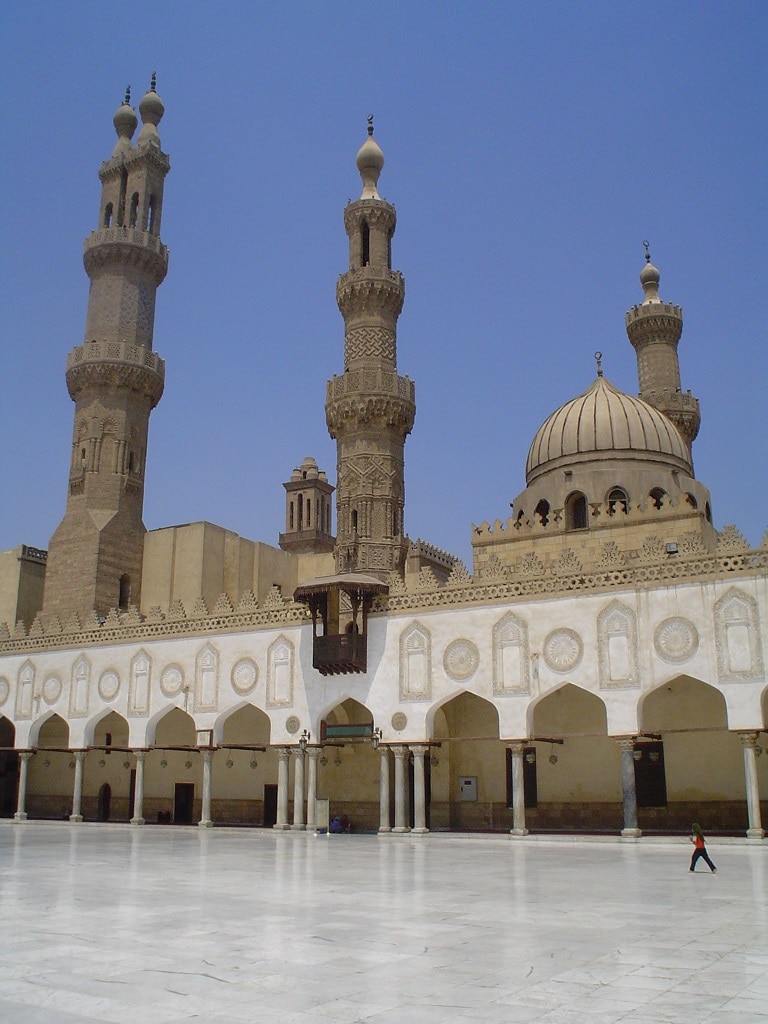 Although Al-Azhar University did not officially receive its university status until 1961, it was established sometime around 972 CE as a minor university whose purpose was to spread Shiite teaching in Egypt (also known as a madrasa).

However, Al-Azhar has been affiliated with the Sunni religion since the second half of the the 12th century. In fact, Al-Azhar University is considered to be one the most influential university of the Sunni Islamic world.

Al-Azhar is one of the only universities in the Arabic world to survive as a modern university and today it is the main centre of Arabic literature and Islamic learning in the world. Eventually, the university added non-religious subjects, such as medicine and engineering, to its curriculum in 1961 and was granted university status.

While Al-Azhar University’s primary goal is to propagate Islam and Islamic culture, non-religious subjects were added to the school’s curriculum in 1961. 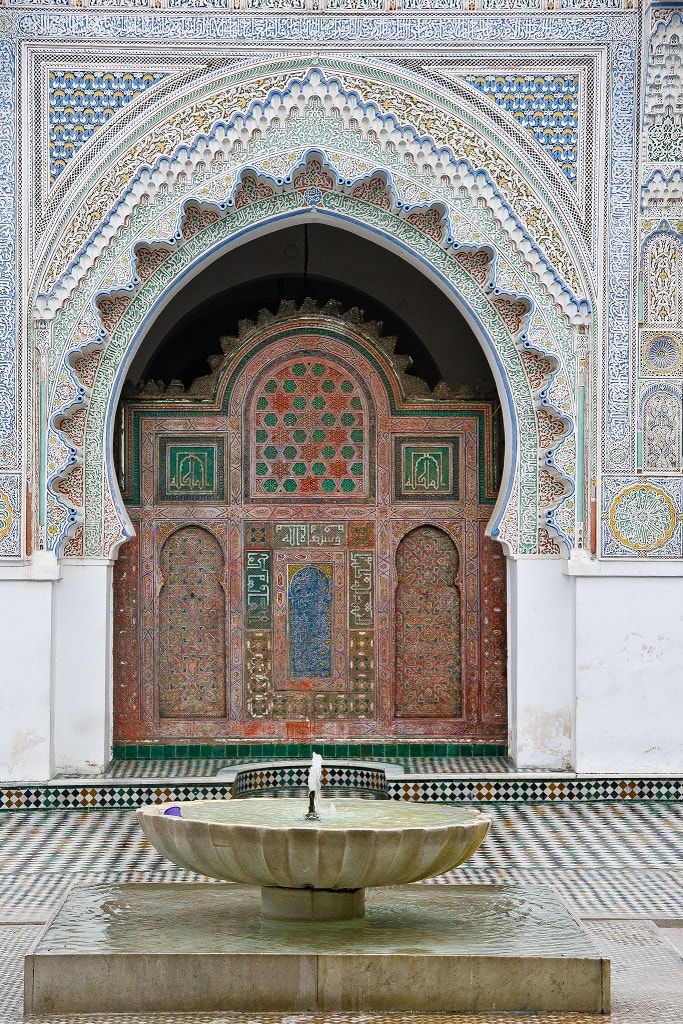 The University of Al-Qarawiyyin, sometimes spelled Al-Karaouine, traces its history all the way back to 859 CE, making it the oldest university in the world and over 1162 years old.

The school was founded as a madrasa — a school primarily for the study of the Islamic religion, but other subjects are taught as well — by Fatima al-Fihri, the daughter of a wealthy merchant named Mohammed Al-Fihri.

Both Fatima and her sister Miriam were educated and Fatima decided to spend her large inheritance to build a mosque for her community in Fez (the university is located inside of the mosque).

Throughout its history, Al-Qarawiyyin has had the patronage of politically powerful sultans. Due to their generosity, the university has amassed a large collection of manuscripts and books.

While Al-Qarawiyyin has always been an institute of higher learning, it did not officially become a university until 1965.

While some people may disagree due to its history as a madrasa, the University of Al-Qarawiyyin is considered the world’s oldest existing, continuously operating institute of higher education by both UNESCO and Guinness World Records.