Japan has a long history of making samurai swords. The earliest swords looked nothing like the well-known katana, and were straight double-edged blades based on the Chinese Jian. However, the Japanese did not feel that this type of sword was good enough for combat and eventually, the first true samurai sword, the tachi, was created by a man named Amakuni. Tachi look similar to katana, but are not as curved.

Since these samurai swords were skillfully crafted and handed down from one generation to the next, many early samurai swords still exist. This list covers some of the oldest and most important samurai swords in Japan’s history. 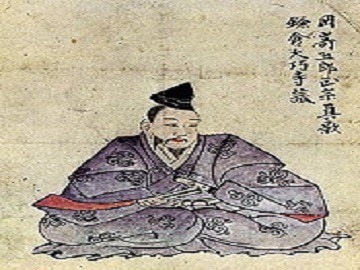 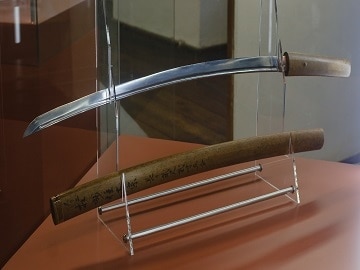 photo source: Wikimedia Commons (a different Masamune sword is pictured because no public pictures of the Honjo Masamune exist)

Masamune is known for being Japan’s greatest swordsmith ever. While Masamune created numerous swords, the Honjo Masamune is considered his best work.

Unfortunately, after Japan surrendered, the Allied Forces demanded the noble families turn over their swords. Instead of resisting like the other nobles, Iemasa willingly handed over 14 of the Tokugawa’s swords, including the Honjo Masamune.

To this day, no one knows where the Honjo Masamune is (it may be in America), but Japan is still hoping that the sword will turn up.

The Onimaru Kunitsuna of the “Demon Sword” is one of the Tenka-Goken or Japan’s legendary “Five Swords Under Heaven.” As the name implies, this particular samurai sword was used, according to legend, to kill a demon or an oni.

Hōjō Tokiyori, the regent of Kamakura, fell ill and was being haunted by a small demon. Tokiyori dreamt of an old man who told him that he was his sword made by Kunitsuna and that he could get rid of the demon once it was cleaned.

After Tokiyori cleansed the sword, it magically fell out of its rack and sliced off the foot of the nearby brazier. The foot was shaped like a demon and Tokiyori was never haunted again. The Onimaru Kunitsuna became a prized treasure of the  Hōjō family and ended up with the Ashikaga family, who also valued the sword. 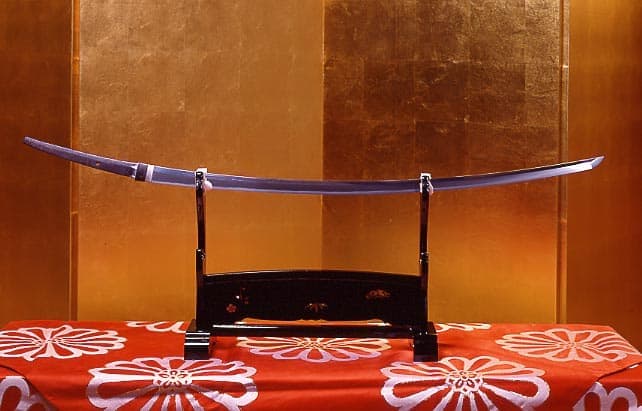 The Juzumaru-Tsunetsugu is known as the rosary (juzumaru) sword because of its association with the Buddhist reformer Nichiren. The sword was given to Nichiren by his most important patron Nanbu Sanenaga, who wanted Nichiren to use the sword for protection.

Nichiren was not interested in actualy using the sword and saw it as a symbol for the “destroying of iniquity and establishing righteousness” and placed a Buddhist rosary on its hilt, thus giving the sword its name Juzumaru-Tsunetsugu.

Aoe Tsunetsugu, who was a swordsmith during the early 13th century, is often credited with creating the Juzumaru-Tsunetsugu. However, the Juzumaru shows some differences in its workmanship compared to other Aoe Tsunetsugu swords. Also, the signature on the Juzumaru is on the other side of where Aoe would have typically singed his swords.

The Juzumaru-Tsunetsugu may have actually been made by the Tsunetsugu at the Ko-Bizen smith and date back to the late 12th century.

Ōtenta-Mitsuyo belonged to the Ashikaga family and was passed down from shogun to shogun. The Ōtenta-Mitsuyo, another Tenka-Goken sword, the Onimaru-Kunitsuna, and the now lost Futatsumei-Norimune were the three treasure swords of  Ashikaga Takauji.

The Mikazuki Munechika is another one of Japan’s Tenka-Goken and is considered the most beautiful of the five blades. This tachi style samura sword was created by Sanjô Munechika and was named for its crescent moon shape (mikazuki).

Like all of the Tenka-Goken, the Mikazuki Munechika is one of Japan’s National Treasures and is currently on display at the Tokyo National Museum.

Over its long history, the Mikazauki Munechika has been owned by several important Japanese families. During the mid-16th century, the Mikazuki Munechika belonged to the Ashikaga family and the sword was used by shogun Ashikaga Yoshiteru to defend himself until he died during an attack on the palace by the Miyoshi family.

The sword, along with other Ashikaga treasures, was taken by Miyohsi Masayasu. The Mikazuki Munechika was passed down a few more times before it was owned by the Tokugawa family.

The Dōjigiri Yasutsuna is the oldest of the Tenka-Goken. The Dōjigiri was created by Yasutsuna of Hōki, who built upon the work of his predecessor Amakuni, who forged the first true samurai sword.

According to historians, the craftsmanship of the  Dōjigiri is so impeccable that it inspired legendary swordsmith Masamune.

Like many of Japan’s greatest samurai swords, the Dōjigiri was used in a legendary battle. The Dōjigiri Yasutsuna got its name after Minamoto no Yorimitsu used the sword to kill the thieving demon, Shutendōji. The Dōjigiri became one of Japan’s most cherished treasures and was used by shoguns Toyotomi Hideyoshi and Tokugawa Ieyasu.

Today, the Dōjigiri is displayed at the Tokyo National Museum. 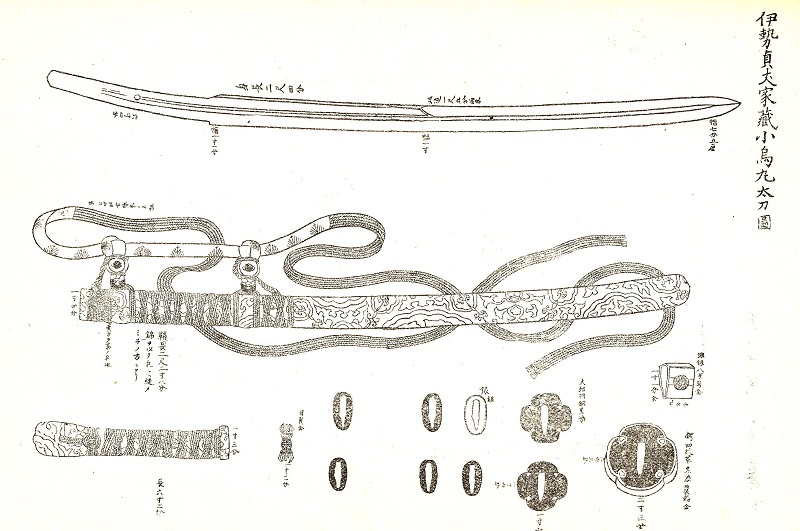 According to legend, Amakuni and his son Amakura, who were responsible for making swords for the Army, asked the Shinto gods for help after the Emperor was upset that his warriors kept returning from war with broken swords. The gods inspired Amakuni to make the perfect sword, a single-edged slightly curved sword.

Amakuni’s swords, such as the Kogarasu Maru, were the beginnings of Japan’s unrivaled sword smithing tradition.