Are you curious to know which is the oldest cigarette brand? If yes, then you came to the right place. In this post, we will go through 10 of the cigarette brands that have made history and became the first among the rest to hit the market.

Please note that the cigarette brands listed on this post are what we have on the record. There might be older brands but they are not well documented.

Nevertheless, you will surely find the list interesting as we go back in time and find the oldest cigarette brands in the world. 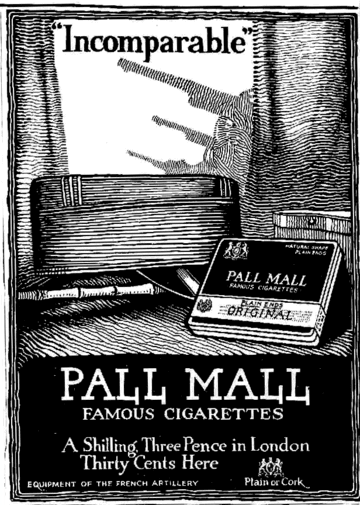 Pall Mall was first introduced in the United Kingdom as a premium cigarette brand. Its main target market was the upper class. That’s why its name itself is derived from the upscale London street, Pall Mall, which is well known as a place where private clubs are located.

The height of Pall Mall’s popularity was in 1960, which is the same time when they introduced longer cigarettes. However, due to fierce competition especially against Winston cigarettes, Pall Mall started to lose its appeal and was eventually bought by another corporation.

If you look closely at the Pall Mall logo, you’ll read a Latin phrase, “In hoc signo vinces.” This means, “By this sign shall you conquer.” That’s the reason you see two regal lions and a knight’s helmet on its logo. 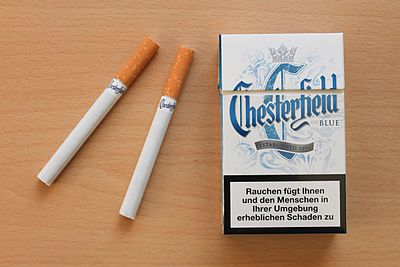 Chesterfield got its name from Chesterfield County, Virginia. This brand was first introduced as a blend of Virginia and Turkish tobacco. Throughout its history, it has undergone a number of ownership changes until it was acquired by Altria in 1999.

In the past, men commonly smoked cigarettes. However, in 1926, Chesterfield held their ad campaign best remembered by its line, “Blow some my way” which suggests women can smoke too.

Chesterfield made a lot of history in the field of cigarettes. It is the first brand that introduced a cigarette pack that comes with an extra layer. This made their cigarettes preserve more moisture, making them tastier.

Aside from that, Chesterfield was also the first brand that offered two sizes of their cigarettes, the King and Regular.

Cigarettes are known to be cheap and affordable. They are mass-produced and cater to the general public. Nevertheless, State Express 555 (also known as simply 555 or Bentoel 555), is different. This cigarette brand is a luxury cigarette from England.

Today, State Express 555 is sold around the world. However, it is more popular in Asia, particularly in Cambodia, Vietnam, and China. Its tagline summarizes its unique offer: “Smoothness Above All Else.”

The name State Express was inspired by the visit of Sir Albert Levy to Manhattan, USA. During his travels, he was one of the passengers of the Empire State Express train. The train held the record as the fastest land locomotive vehicle. 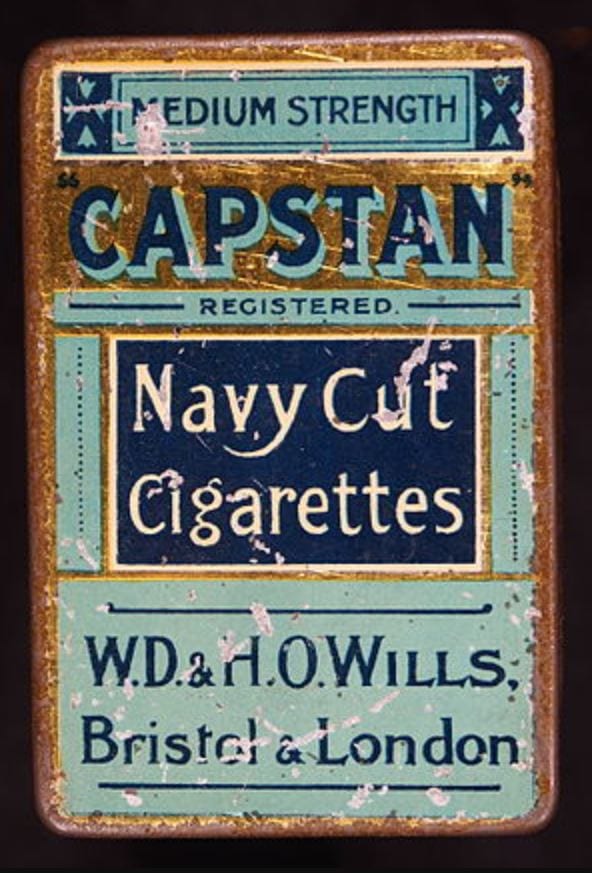 Capstan is an unfiltered cigarette brand from the United Kingdom. If you live long enough, you would remember that Capstan was one of the most popular cigarette brands during the early part of the 20th century.

In its earliest days, the owner of Capstan spent a lot of money advertising the brand. It is also among the brands that heavily targeted female audiences. Some of its well-known slogans were “Have Capstan” and “Time for a Capstan.”

Since Capstan doesn’t have any filter, its sales dwindled in the 1940s as more medical findings linked cigarette smoking to lung cancer and other health problems. Even the 1979 hit song “Saturday’s Kids” mentioned in its lyrics how parents smoke Capstan and die of cancer. 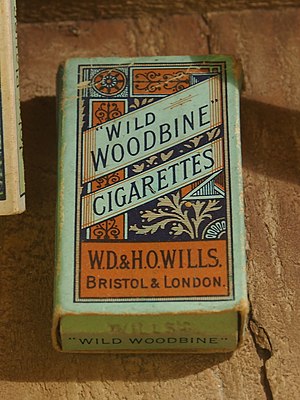 Woodbine is a British cigarette brand whose name was derived from woodbine flowers. As an unfiltered cigarette, it has a strong taste and flavor. Because it is affordable, Woodbine was predominantly smoked by the working class in the early years of the 20th century.

Its popularity even grew during World War I and II when army men preferred to smoke Woodbine over other brands. Not only that but there was a time when a British chaplain gave away Bibles together with Woodbine cigarettes.

The Woodbine brand became unpopular in the 1950s along with other unfiltered cigarettes. In an effort to increase sales, Woodbine launched a filtered version of its cigarette but was eventually discontinued. 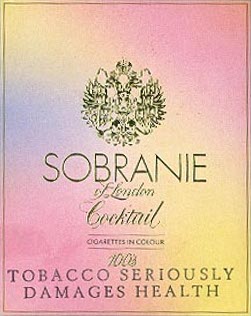 Albert Weinberg is credited to have started the Balkan Sobranie tobacco business in 1879. At first, all his cigarettes were made manually following the Russian way of making cigarettes.

Because of the tradition and culture behind Sobranie, it is considered a luxury cigarette for most of its history. In fact, Sobranie was adopted as the cigarette of choice of various royals, monarchs, and elites in Europe and Russia.

Sobranie comes in premium versions and is marked with the Russian imperial eagle logo. In 2004 and 2005, Sobranie sponsored the Jordan Grand Prix. 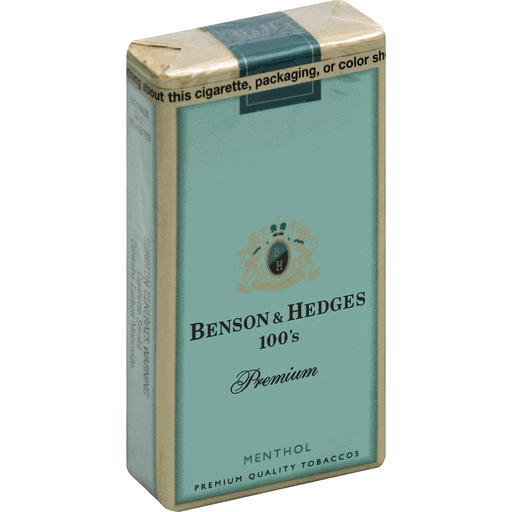 Benson & Hedges, although a British brand, is owned by Altria, an American conglomerate. Depending on the region, this cigarette brand is manufactured and marketed by different companies such as Philip Morris USA and Rothmans.

The name Benson & Hedges came from the names of its founders —- Richard Benson and William Hedges. However, upon their death, the ownership was eventually changed, but the brand name was retained.

Benson & Hedges is the brand of choice of King George VI. Because of this, the cigarette brand received a Royal Warrant in 1878, which allowed the brand to develop a luxurious image in the market. However, in 1999, the Royal Warrant was revoked due to the decreased demand in the royal family. 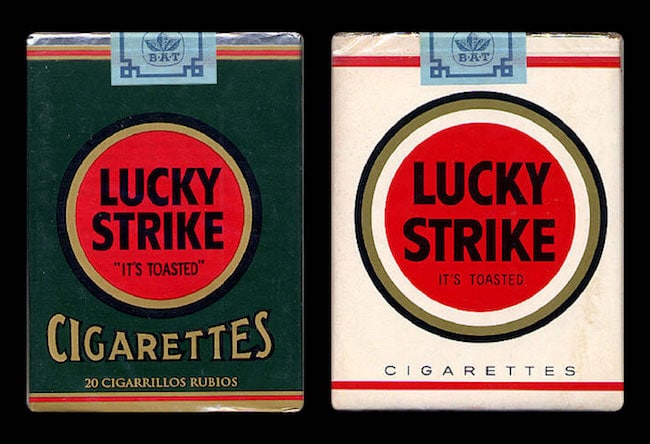 The name Lucky Strike is interesting. It was inspired by the gold rushes in the past. According to statistics at that time, there were only about four miners out of a thousand who would “strike” gold. So, the Lucky Strike cigarette symbolizes how lucky people are to smoke their product. 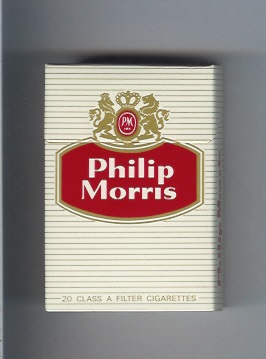 Philip Morris is perhaps the most widely known brand on a global scale. It started in England, United Kingdom, and was later introduced in the United States where it thrived exponentially. Just in 2016, the company sold more than 36 billion cigarettes in over 40 countries.

Philip Morris almost went out of business in the 1950s. People weren’t buying the brand anymore. However, that changed when Philip Morris changed their packaging and advertising approach. Instead of stressing that their cigarette doesn’t cause irritation, they use the word “gentleness.” A simple change in words saved the company. 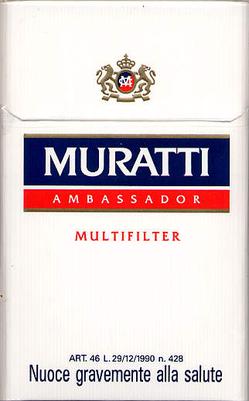 Muratti is the oldest cigarette brand in the world and is still being sold today. The cigarette started in Istanbul, Turkey, and was founded by Basil Muratoglu, a Greek tobacco businessman.

However, Muratoglu was forced to move his business to Western Europe after the Ottoman Empire obtained exclusive control and possession of the tobacco industry.

There are three Muratti variants — Zaffiro, Chiaro, and Rosso. Its slim packaging makes it stand out from other brands. As the oldest cigarette brand today, Muratti is more than just a cigarette brand, but a living testimony to people’s fondness for cigarettes.

9 Oldest Models in The World

Posted by Shasha Neil 0
Models are often thought to be the pinnacle of stereotypical beauty — but with beauty standards being challenged daily, it’s…