While there are some actors who may be older than the ones on this list, they have been retired for decades or had careers that lasted for a brief period of time.

For this list, we chose to highlight the ten oldest actors who are still active (at the time of this writing) or have been active within the last decade. 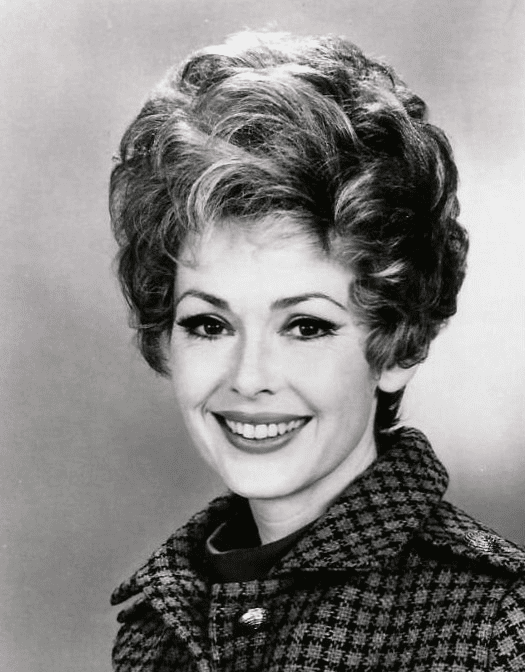 Barbara Rush began her career in 1950 after signing with Paramount Pictures and appearing in The Goldbergs.

After appearing in a few more films, Rush caught her big break when she starred in the cult-classic It Came from Outer Space. Rush won the Golden Globe Award for “Most Promising Newcomer – Female” for her role.

Following her big win, Rush’s career continued to take off and she had roles in several movies, stage productions, and TV shows.

Some of Rush’s most notable TV credits include Peyton Place, All My Children, and 7th Heaven.

Although Rush’s career has slowed significantly since 2007, she still makes appearances for the Theatre Guild in Orange County.

Barbara Rush is the aunt of actress Carolyn Hennesy, who is known for her roles on Dawson’s Creek and General Hospital. 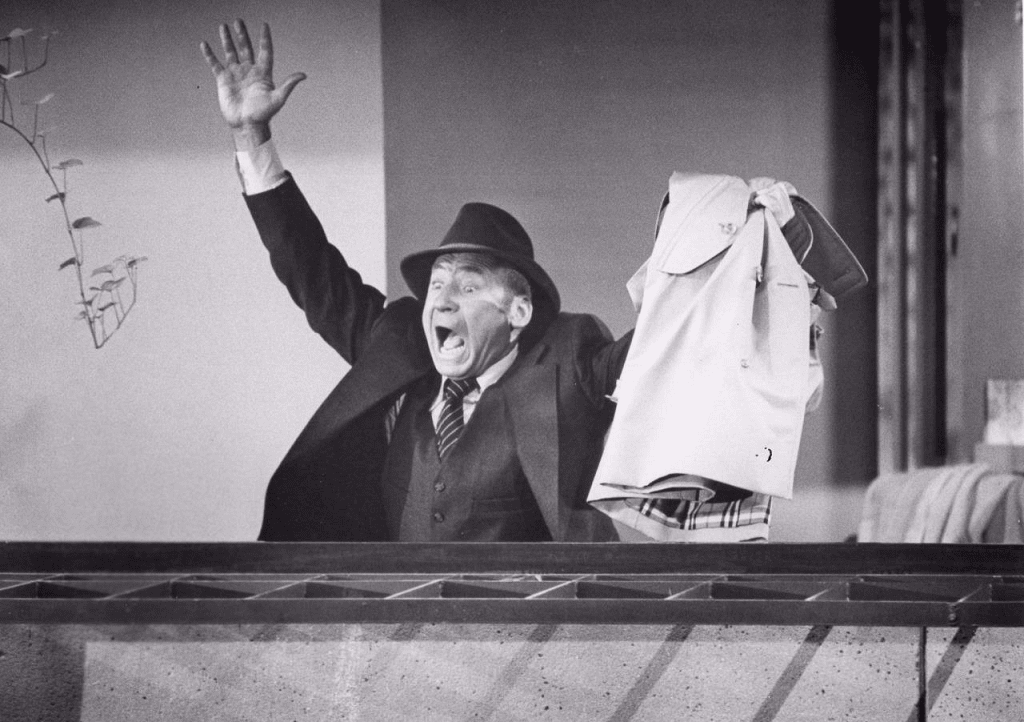 While Mel Brooks has acted a bit throughout his 75-year career, he is better known for directing some major comedic cult classics, including Blazing Saddles, Spaceballs and Robin Hood: Men in Tights. Brooks was always interested in pursuing a career in entertainment and he began working when he was 14 and had his first performance as a comedian when he was 16.

During World War II, Brooks served in the U.S. Army. Following the end of the War, Brooks helped organize shows for captured Germans and American troops.

After returning home, Brooks worked as an entertainer at various resorts in the Borscht Belt in the Catskill Mountains. Eventually, Brooks became a comedy writer for TV and landed his first big gig as a writer for Your Show of Shows (1950–1954). Brooks’ other notable work as a writer was the show Get Smart.

Building on his writing career, Brooks began directing in the 1970s and many of his films were hits.

In 2001, Mel Brooks became one of the few EGOT Winners (Emmy, Grammy, Oscar, and Tony) when he won some Tony Awards for the stage adaptation of The Producers. 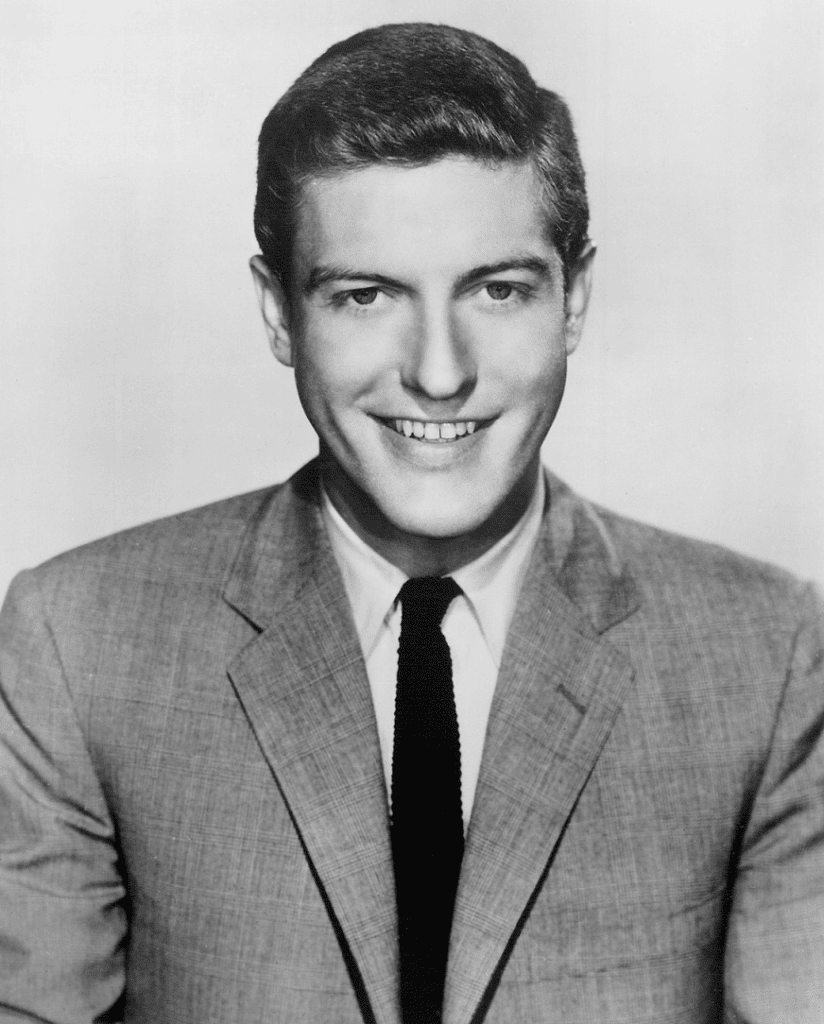 Dick Van Dyke is a beloved stage and film actor whose career has spanned over 75 years. Prior to starting his entertainment career in the late 1940s, Van Dyke served in the U.S. Army Air Forces as a radio announcer and entertainer.

He had originally tried to enlist as a regular soldier, but was denied enlistment several times for being underweight.

After leaving the military in 1946, Van Dyke worked as a radio DJ and also had a show on local television. In 1959, Van Dyke made his Broadway debut and a year later he landed his breakthrough role as the male lead of Bye Bye Birdie.

After winning a Tony for his role, Van Dyke’s career took off and he landed his own TV show with CBS, The Dick Van Dyke Show, which aired from 1961 – 1966.

Throughout his career, Van Dyke had numerous iconic roles in some of the most famous movies ever, including Mary Poppies, Chitty Chitty Bang Bang, and the screen version of Bye Bye Birdie. Van Dyke is still very active and occasionally appears in movies.

Dick Van Dyke has won five Primetime Emmys, a Tony, and a Grammy Award, and was inducted into the Television Hall of Fame in 1995. He also received the SAG Life Achievement Award in 2013, which is the Screen Actors Guild’s highest honor. 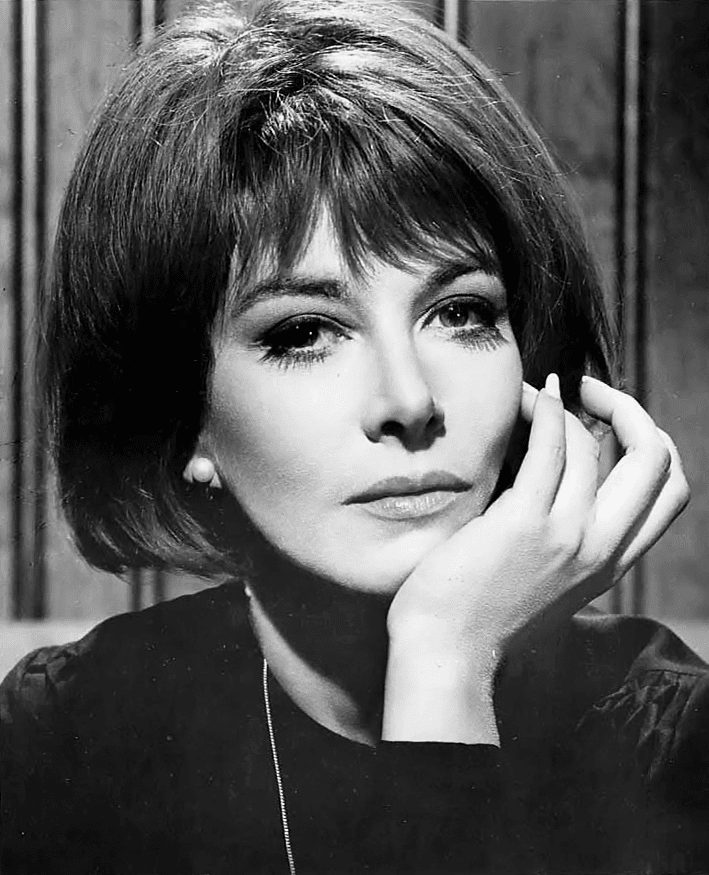 Lee Grant, who will be turning 97 in a few weeks, has worked as an actress, director, and documentarian for nearly 90 years!

Grant’s career began when she was just a child when she made her stage debut in L’Oracolo at the Metropolitan Opera in 1931. Throughout her adolescent and teenage years, Grant studied ballet and attended several prestigious ballet schools, including Julliard.

In 1944, Grant appeared in her first professional stage role as an understudy in Oklahoma.

After making her film debut in 1951 in the film version of Detective Story, Grant received her first Academy Award for Best Supporting Actress nomination.

However, despite making a big splash in Hollywood, Grant’s career was halted when she became a blacklisted actor in 1952. Reportedly, Grant was blacklisted because of her marriage to Arnold Manoff and her friendship with other actors who had been blacklisted.

Although Grant was not able to work for over 12 years, she hit her stride in the 1960s and played the lead role in the Valley of the Dolls and In the Heat of the Night.

Outside of acting, Grant has directed several TV films, documentaries, and TV episodes.

In 1986, Lee Grant won an Academy Award for Best Documentary Feature for directing Down and Out in America. 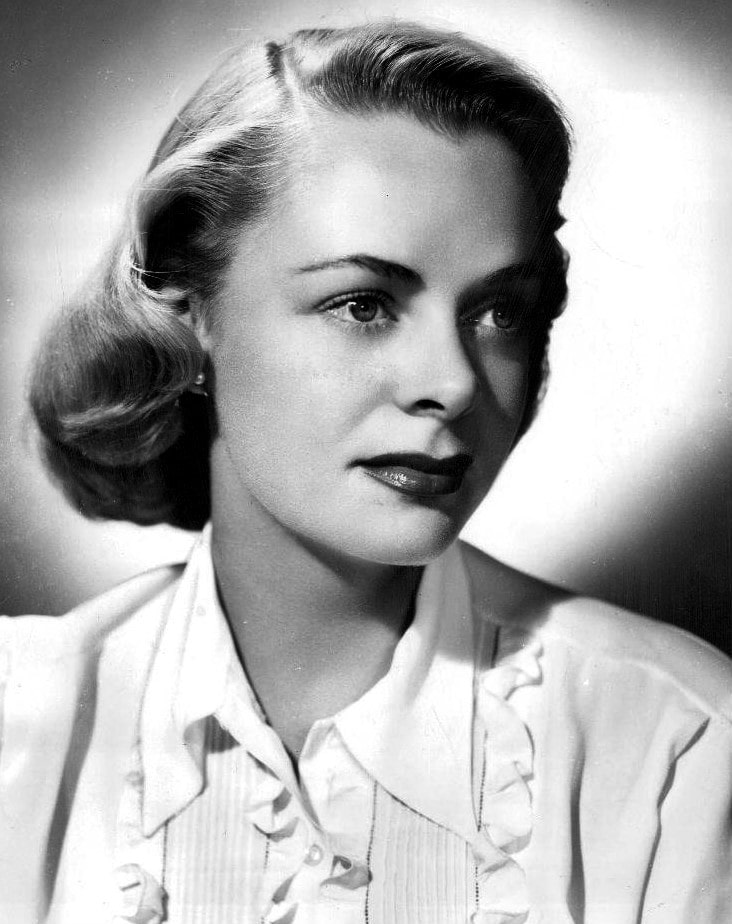 
June Lockhart, the daughter of actors Gene and Kathleen Lockhart, is still active at the age of 95. Lockhart has a few acting credits in recent years, including a voice acting role in an animated film Bongee Bear and the Kingdom of Rhythm.

Lockhart made her film debut opposite her parents in a film version of A Christmas Carol in 1938. She is best known for her work as Ruth Martin, the mother of Timmy, on 1950s CBS series Lassie.

June Lockhart is a two-time Emmy Award nominee and a Tony Award winner. 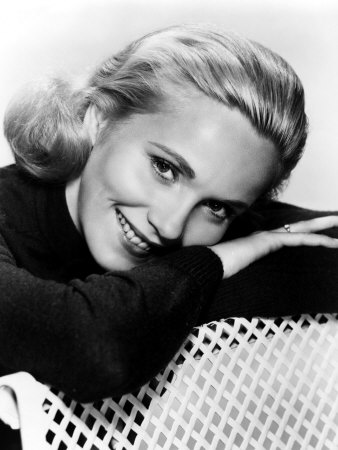 Actress Eva Marie Saint has had a long career and is most famous for playing the lead female role in On the Waterfront (1954), opposite Marlon Brando.

Saint’s work in the movie earned her the Academy Award for Best Supporting Actress. Her next big role came when she was chosen by Alfred Hitchcock to star in North by Northwest.

Saint’s career began in television when she worked as an NBC page and she appeared on camera for the  first time in 1946 on NBC’s Campus Hoopla.

Although she has had periods of where she only appeared in smaller roles, Saint has never stopped working.

Her most recent acting credits were in 2014 in the movie Winter’s Tale and as a voice actor in the animated series The Legend of Korra.

Eva Marie Saint has two stars on the Hollywood Walk of Fame, one for television and one for motion pictures. 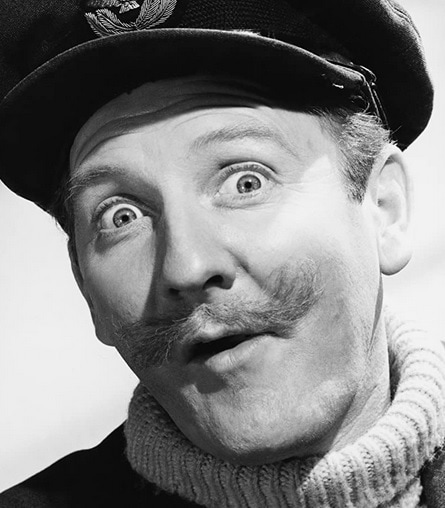 Leslie Phillips is the oldest living non-American actor on this list and is best known for his role in the British comedy series Carry On as well as the film Doctor in the House.

Phillips began his acting career when he was just 10 years old and did several plays in London’s West End. During World War II, Phillips served in the British Army and rose to the rank of Lance-Bombardier in the Royal Artillery.

Phillips caught his big break in the movies when he had a role in Gene Kelly’s musical Les Girls (1957). These days, Phillips is semi-retired, and only takes roles from time to time.

Leslie Phillips is the only actor still alive who performed at London’s Pinewood Studios in its first week of opening in 1936. 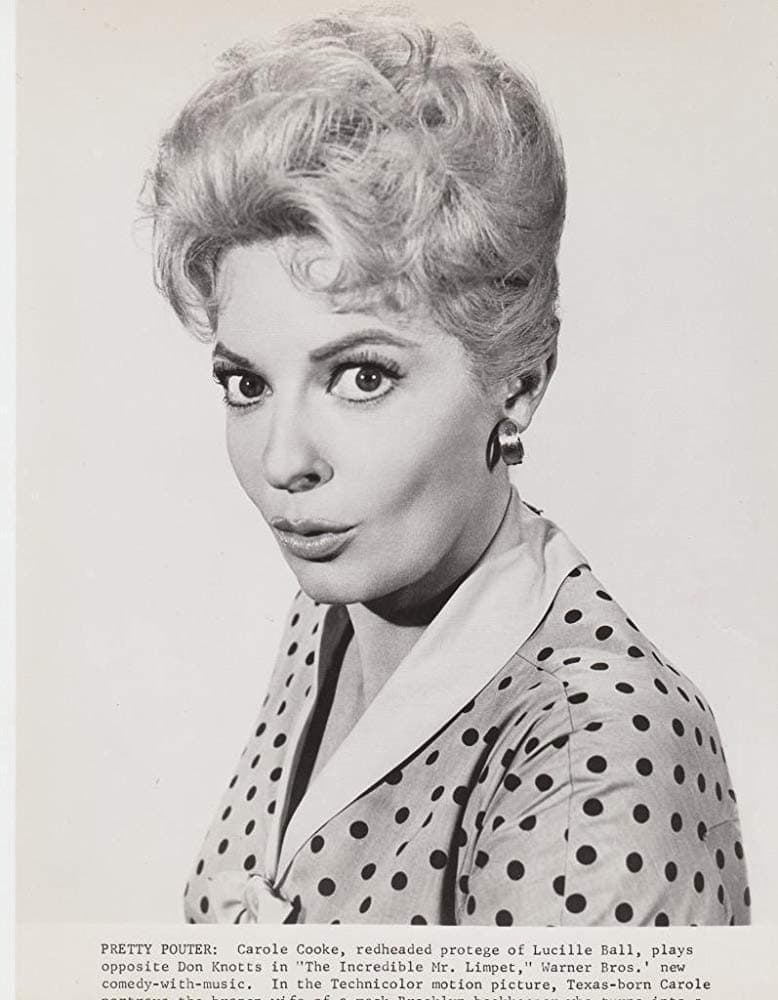 Carole Cook has been acting since 1956 in TV, movies, and musical theatre.

In recent years, Cook has taken a bit of a break from acting. Her last acting credit is from 2018 in the movie Still Waiting in the Wings.

Reportedly, Cook was a protégé of actress and comedian Lucille Ball and made several appearances on many of Ball’s shows. Cook’s real name is Mildred and Ball supposedly gave her the stage name “Carole” in honor of Ball’s friend Carole Lombard, who died in 1942.

In her personal life, Carole Cook is an activist, primarily an LGBTQ+ and AIDS activist/supporter. 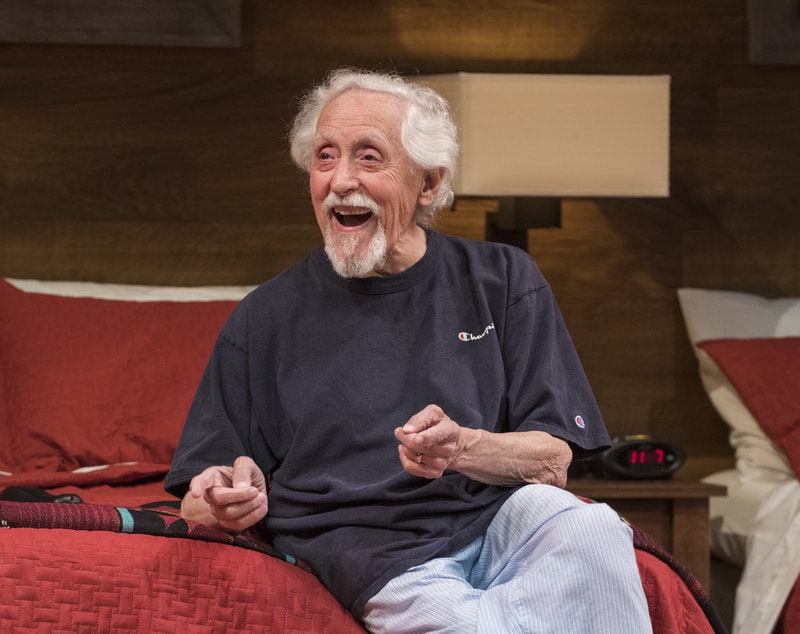 Mike Nussbaum’s career might not be quite as long as some of the other actors on this list, but he is still very active today. Nussbaum’s most recent acting credit is from 2020 for a film called Tom of Your Life, which hasn’t been released yet.

In addition to a long list of film and TV credits, Nussbaum is a stage actor. Nussbaum starred in the new production of “Hamlet” at Chicago Shakespeare Theater in 2019. Despite being over 98 years old, Nussbaum looks like he isn’t ready to slow down. 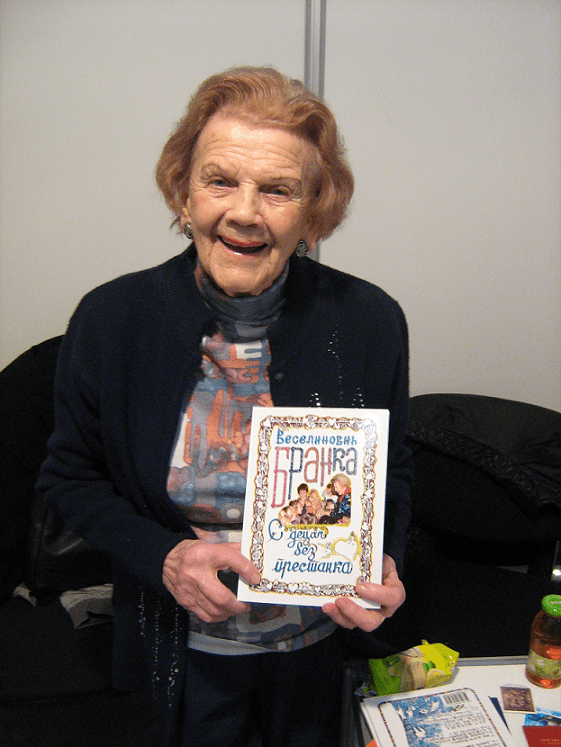 After the recent passing of Marsha Hunt, Branka Veselinović is now the oldest living actor in the world as the age of 104!

Veselinović, who hails from Serbia, is a prolific stage and film actress and has been active since 1938. Despite being a centenarian Veselinović continues to work and makes several appearances at various events!

Between 1936 – 1938, Veselinović studied acting at National Theatre in Belgrade. When she turned 19 Veselinović made her stage debut in the play Charles’ Aunt.

As her career continued, Veselinović became known as a comedic actress. She appeared in numerous plays in Serbia and also had roles in American stage productions and films.

One of her most notable roles outside of Serbia was her appearance in Mel Brooks’s film adaptation of The Twelve Chairs.

So far, Veselinović has appeared in over 100 stage performances and 50 film and TV productions.

In addition to acting, Branka Veselinović works as a lifelong ambassador of UNICEF.