Unfortunately, due to the Great Kantō earthquake of 1923, most of the first anime was destroyed or lost. However, a few old films have turned up in recent years and were digitally restored. All of the anime on this list date back to the early 20th century and can be viewed (along with several other old anime) on this website celebrating the 100th anniversary of Japanese animated film. 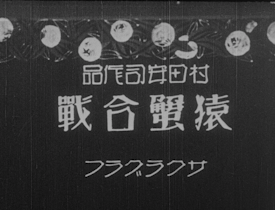 Sarukanigassen was Yasuji Murata’s first animated film and the forms he used for the characters are thought to have influenced the images used in Dainippon Yubenkai Kodansha’s Monkey and the Crabs (1937), a picture book by Sengai Igawa.

Murata’s anime depicts the Japanese folktale known as The Quarrel of the Monkey and the Crab, in which a sneaky monkey kills a crab, and is later killed in revenge by the crab’s children. The existing film is five minutes long and is believed to be a shortened version that cut out the scene where the monkey tricks the crab into exchanging its rice ball for the monkey’s persimmon seeds. 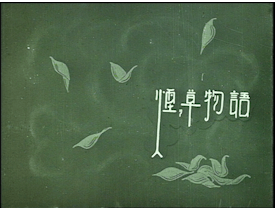 The surviving version of A Story of Tobacco is only three minutes in length as opposed to the original six and features only the first half of the film. The film tells the story of a small man beginning to the tell the story of tobacco to a young girl wearing a traditional Japanese hairstyle. The girl depicted in the anime is believed to be based on Ofuji’s younger sister, Ichii, as she resembles to a character in Ofuji’s later film Chiyogami Eiga. 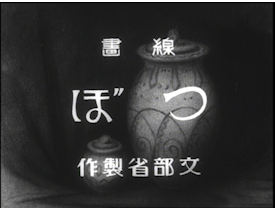 Senga Tsubo was the first film that the Ministry of Education commissioned from Sanae Yamamoto after he began working for them. The film combines the story of “The Fisherman and the Genie” from The Arabian Nights with the tale about the lion and the fox from Machiavelli’s The Prince.

The Pot is a 17 minute, black and white, silent film that uses speech bubbles with cut-out lettering to depict the conversations between the story’s characters. 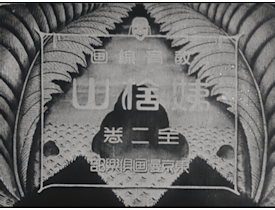 Ubasauteyama took over a year and a half to produce and was one of Sanae Yamamoto’s earliest works to be well received by the Japanese public. It is an 18 minute long film that tells the story of a lord who lived in Shinano Province who hated old people and banished them to live on an exiled island when they turned 60 years old and the young man who convinced the lord to stop exiling old people and to treat them with respect. 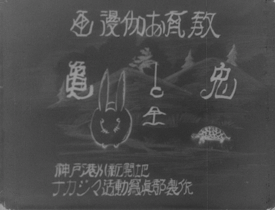 The Hare and the Tortoise is a six minute short animated film based on the classic story that is named after. Dating back to 1924, it is one of the first animations to feature the story of the Hare and Tortoise showing the “slow and steady” tortoise beating the boastful hare in a race.

The art of the film features a simple technique using only lines and features unique backgrounds that look like they’re from another country rather than the traditional landscapes used in old Japanese folk tales. The film is one of Sanae Yamamoto’s earliest works and was produced by Seitaro Kitayama, Yamamoto’s teacher and the creator of another early anime, Urashima Tarō. 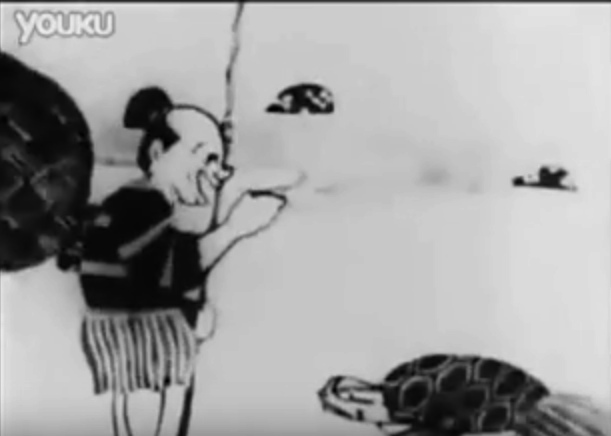 Urashima Tarō is one of two films that was discovred in antique shop in Osaka, Japan in 2008; the other film was Nakamura Gatana (listed above). 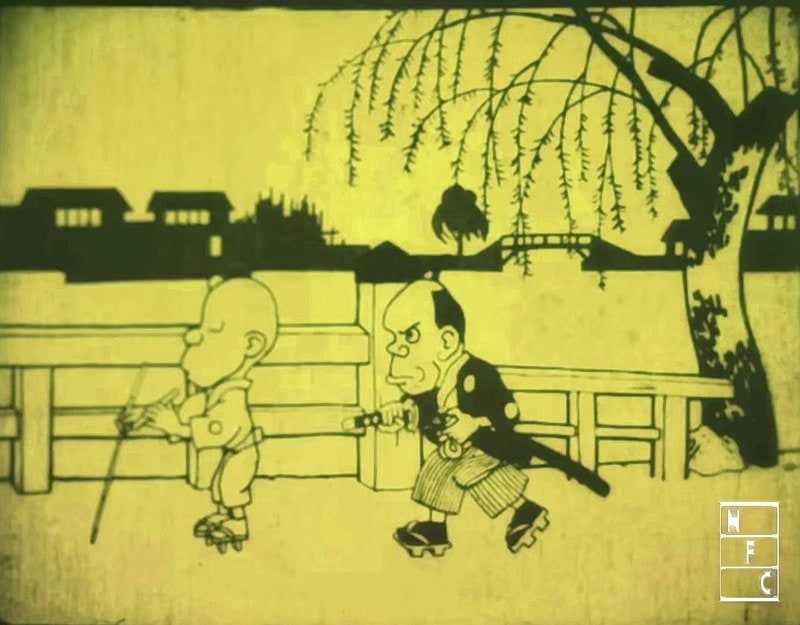 Namakura Gatana is the oldest existing anime short film dating back to 1917. The film was thought to be lost until it was discovered in 2008. The Dull Sword is one of three works credited as forerunner of Japanese animation films and is the only one that still exists.

It was digitally restored in 2008 with the help of Natsuki Matsumoto, a visual culture historian, who owns the nitrite positive of the film. Matsumoto’s restoration was thought to be the same as the original film, but a newer nitrate was uncovered in 2014 and shows that it is the first half of the film while Matsumoto’s is the second half.

Posted by Shasha Neil 0
Spread the loveThe French territory of “Nouvelle-Orléans” was founded in 1718 by the governor of French Louisiana, Jean-Baptiste Le Moye.… 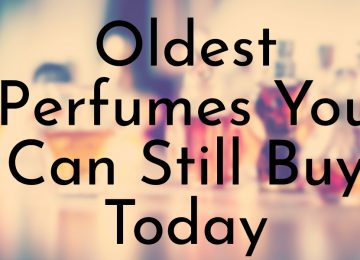 Posted by Lauren Johnson 0
Spread the loveThere was a time when humans were, well, stinky. In years gone by there was significantly less bathing,…

Posted by Shasha Neil 0
Spread the loveThere are nearly 7,000 distinct languages spoken in the world today and many of them trace their roots…

Posted by Lauren Johnson 0
Spread the loveChess, the “game of kings,” has facinated players for centuries. Its exact origins are unknown but it is…

Posted by Lauren Johnson 0
Spread the loveIndigenous peoples are the oldest inhabitants of the American continents. Prior to, during and after colonization, thousands of…