Everyone knows that cave paintings are the oldest out there, but what about other paintings? The truth is, there are thousands of examples of paintings that have been found across the world.

They date back to thousands of years, and all major civilizations have them. So, it’s next to impossible to find the exact oldest painting ever. But, we can give you the next best thing, and go as far back as we can. Here are the oldest paintings: 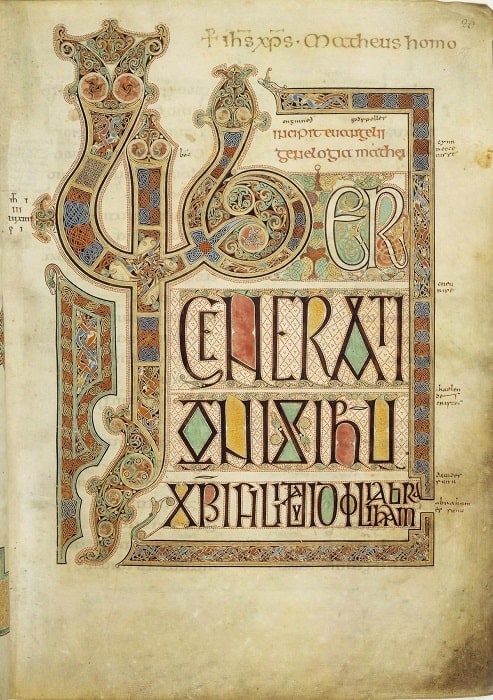 When considering British art, we can first find real paintings in the form of manuscripts. Most of these were religious, and one of the oldest and finest is the book called the Lindisfarne Gospels. Today, more than 1300 years old, the paintings contained within the book are in remarkable shape.

This group of paintings is older than England itself, and is a perfect example of Celtic, Anglo-Saxon, and Mediterranean artistic elements.

The Lindisfarne Gospels were typical of early medieval art, which was generally religious in nature.

Created on vellum, most of the paint is black/brown in color, but other colors, including red, yellow, green, and blue were also used, and made from items like egg white and lapis lazuli. 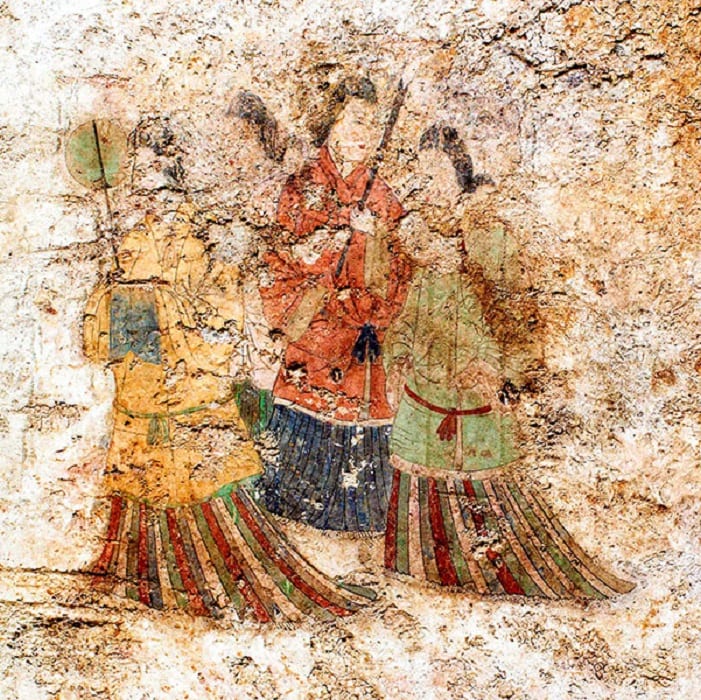 There are certainly older examples of Japanese art, but this painting, from the Takamatsuzuka Tomb, is a beautiful example of one of the oldest known Japanese paintings. It is believed that it was done in the 7th century, and it was discovered in the 1960s by a farmer.

Though there are many frescos in the tomb, one of the most famous is the “Asuka Beauties.” This painting features several women, or courtiers, dressed in a Korean style clothing. There are four men behind them, as well as several animals.

This is considered a National Treasure of Japan, and though there are conservation attempts, it’s likely that the paintings would be damaged if other attempts were made. 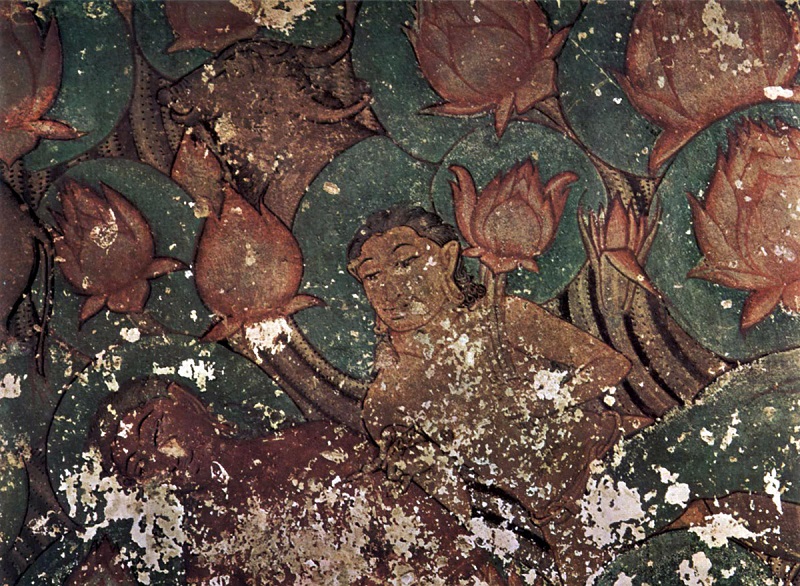 The oldest paintings of India were found in a cave, but they aren’t actually the cave paintings that you are thinking about. Instead, these adorn the walls and ceiling of the Sittanavasal Cave. This is the oldest known attempt to beautify an indoor area.

Date:  400 to 100 BCE
Name:  Wall in the House of Sallust
Subject: None
Materials: Stucco and paint 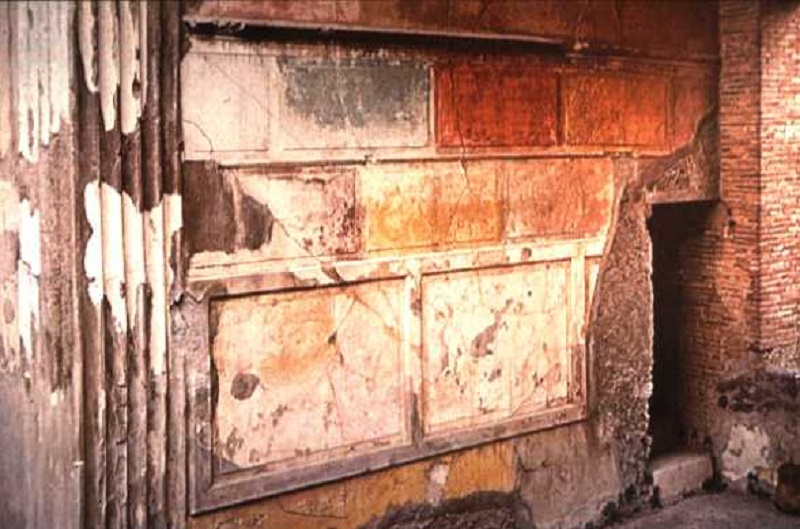 Many paintings were lost during the eruption of Mount Vesuvius near Pompeii, which was a huge center for art and culture in Rome. The paintings that did survive are simple and decorative.

There are two main examples of this type of painting, one of which is one the wall of the House of Sallust, a large Roman home in Pompeii. The paint was applied to look like marble, and it gave the illusion that the walls were raised. 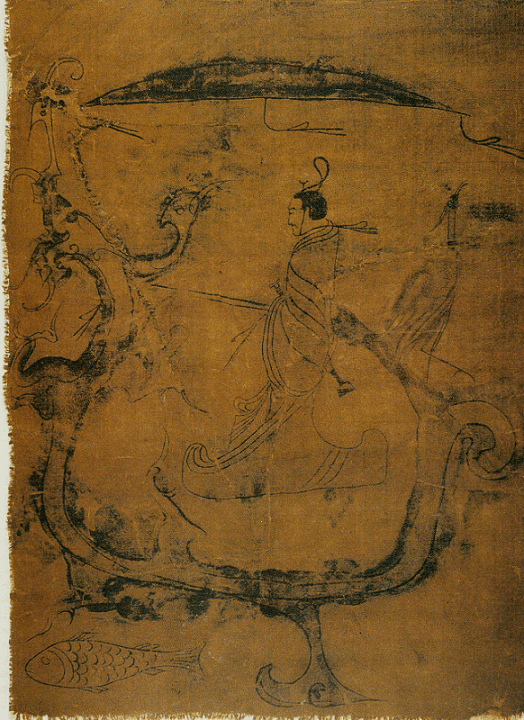 The first examples of Chinese art were illustrations of calligraphy. However, the first paintings with other subjects were mostly humans, such as this painting. This is one of the oldest examples of both Chinese art and silk painting, and it could date back to the fifth century BCE.

The subject of this painting is a man holding a sword. He is riding a dragon, which is in the shape of a boat. There is also a small bird, called an egret, and a carp. Both of these are common themes in Asian art. Many associate this painting with the poem “Shejiang,” which is by Qu Yuan. 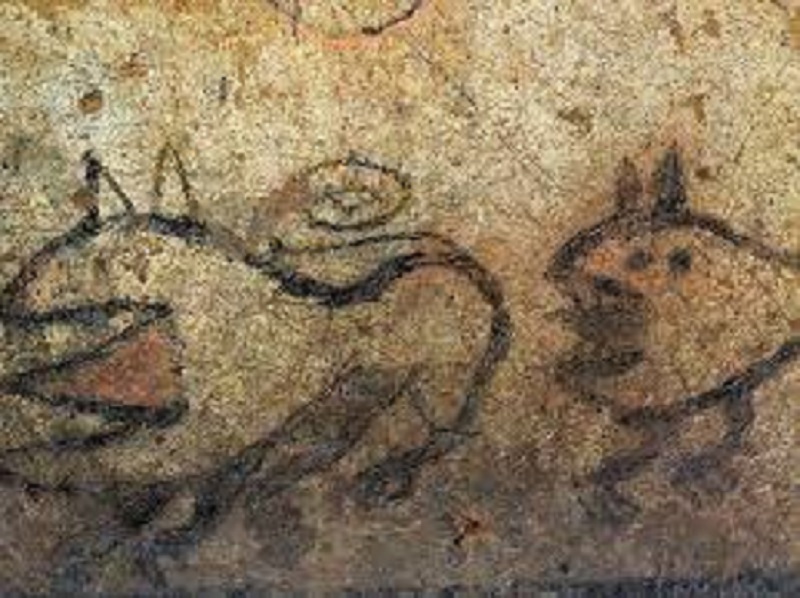 The Tomb of the Roaring Lions is the oldest Etruscan tomb ever found, and that makes the paintings inside some of the oldest in Europe. The tomb dates back to around 690 BCE, and it’s believed that it belonged to a warrior prince.

The painting features animals, which at first were thought to be lions. However, most art historians believe that they are actually deer or horses.

Though this tomb is extremely old, it was only recently discovered in 2006 when a grave robber revealed its location to authority for leniency during his sentencing.

Other interesting things that were found in the tomb include a sword, Greek vases, a chariot, and metal meat roasting spits.

The actual paintings are red and black in color, and some believe that this is the oldest western painting that doesn’t fall into the cave painting category. 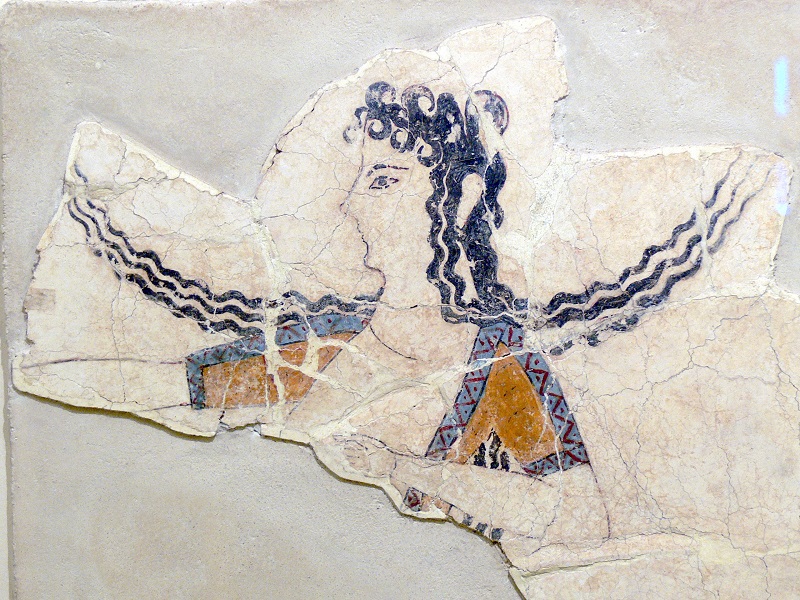 The earliest Greek painting actually comes from the Minoans, who were well known for their pottery skills and painted pottery. This example dates back to about 1600 BCE, and the detail on this pot is amazing.

There is not much known about this woman. We don’t know who she is or if she really existed.

The artist, who is also unknown, might not have known her at all. What we do know is that she is dressed in a traditional Minoan garb, and her hair is in the typical Minoan style. 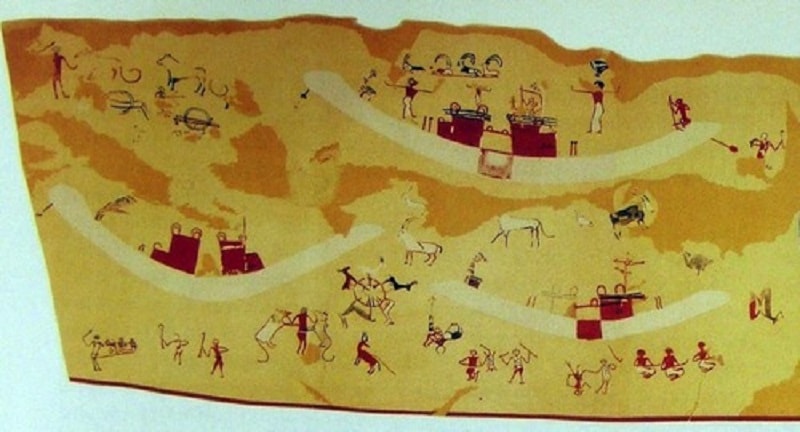 The Ancient Egyptians are well known for their art, especially those that cover the walls of tombs. This art, in particular, is meant to help the person make an easy transition into the afterlife.

This piece, which comes from the Painted Tomb at Hierakonpolis, dates back to the pre-dynastic period of Egyptian history, 1,000 years before famous leaders like Tutankhamen and Nefertiti existed.

It is believed that this painting was done over time, with some elements being done and then edited by other painters.

There are many things going on in the painting, and there is a lot of action. As for interpretation, art historians believe that it could be showing the arrival of Asians into Egypt and how the two cultures eventually achieved peace.