Who can resist a curly tail and a little bit of slobber?!

Pugs have been allegedly been around for thousands of years, with origins dating back to ancient China (around 400 B.C.). Chinese breeders originally bred the dog with a pattern of wrinkles on the forehead which resembled the character for “prince,” since they were traditionally a companion animal for the wealthy.

It’s been thousands of years since pugs first entered the dog scene, but today, they remain a popular breed among people of all nationalities. In fact, don’t go anywhere – because we’re about to spend some time looking at the eight oldest-known pugs in the world! 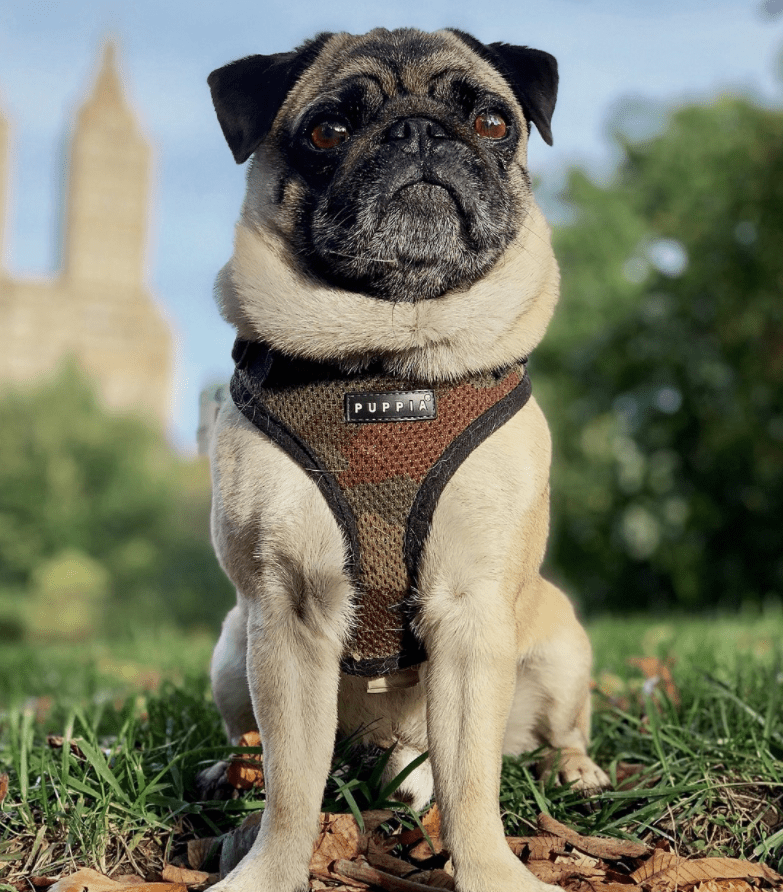 Potato, standing tall and proud in the image above, was a 5-year-old pug as of January, 2019. His owner wrote a long article at the beginning of the year singing his praises on Medium, and highlighting a few of the great loves of his life: food (especially fruit), sleep (hours of it), and humans!

A New York pup, Potato enjoys walks through Central Park; in fact, he even participated in Central Park Dog Day in 2018, in which he won third prize for completing a series of tricks.

There is no further word on Potato since the article was written, but it is assumed that he is continuing to live his best life as an 8-year-old pooch!

Pugs are a brachycephalic dog breed, meaning that their noses have the “pushed-in” look with many folds. This is a breeding characteristic that veterinarians have begun to speak out against, since this type of nose inhibits proper respiratory function for dogs that are bred this way. 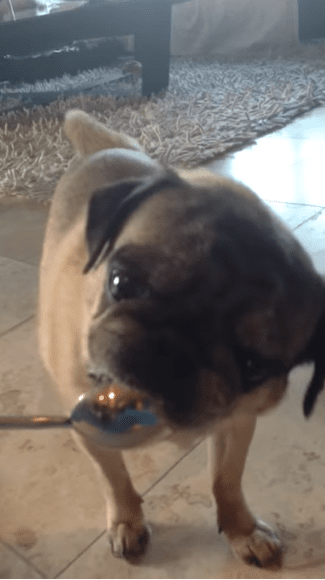 Samson the Pug isn’t particularly renowned, nor is there much known about him – he’s just a dog on YouTube, licking a spoonful of peanut butter!

This video was posted in 2013, when Samson’s owner treated him to some peanut butter that he very industriously licked off the spoon. At 10 years old, Samson looked happy and healthy at the time the video was posted.

The owner of the video, Jim Steele, didn’t post any follow-up videos of the pug; since it’s been nearly a decade, it’s likely that Samson is enjoying more peanut butter these days in doggie heaven!

According to the American Kennel Club (AKC), most peanut butter is an excellent treat for dogs. It is rich in protein and healthy fats, as well as Vitamins B, E, and niacin. 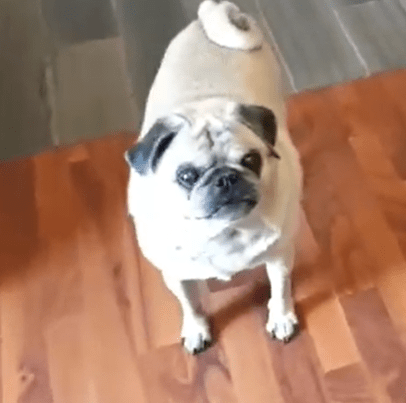 This little guy was 12 just one year ago when his owner posted a video of him acing all kinds of impressive agility tests!

Buster hasn’t let age slow him down – physically, or mentally. Navigating pretty flawlessly through his owner’s in-home obstacle course, he was very enthusiastic about his performance for treats. Between jumps, weaves, and lots of barks, Buster has all the pep of a dog half his age.

Agility training can be very beneficial for senior dogs, as it works to strengthen their muscles and increase bonding between them and their owner. 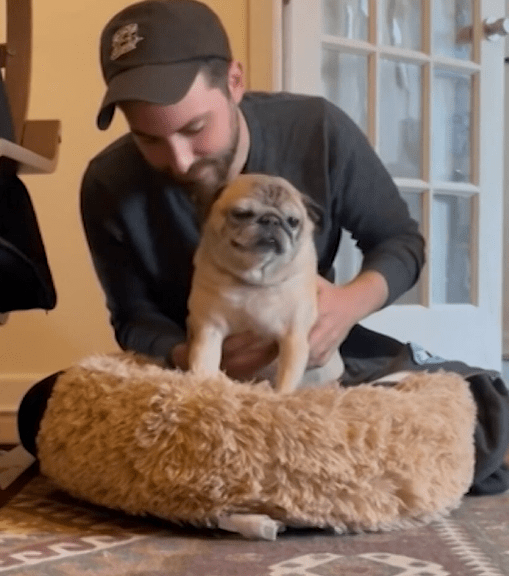 Noodle is a senior pug. At thirteen years old, he still falls within the standard pug life expectancy (12-15 years), but stands out in other ways – namely, for his unique fortune-telling ability!

Similar to Groundhog Day, Noodles’ owner, Jonathon Graziano, asks him at the beginning of each day whether it’s “bones or no bones.” If it’s a “bones” day, the pug promptly stands up from his bed. If it’s a “no bones” day, he flops back down – a response that Graziano has interpreted to mean will be a somewhat-unlucky day.

Noodles has become something of a social media star over the years, with #NoBones trending on Twitter and being viewed 180 million times!

Graziano adopted Noodle at 7 ½ years old, though the pug was well-loved throughout his life. He was only put up for adoption after his original family proved unable to provide the care he needed. 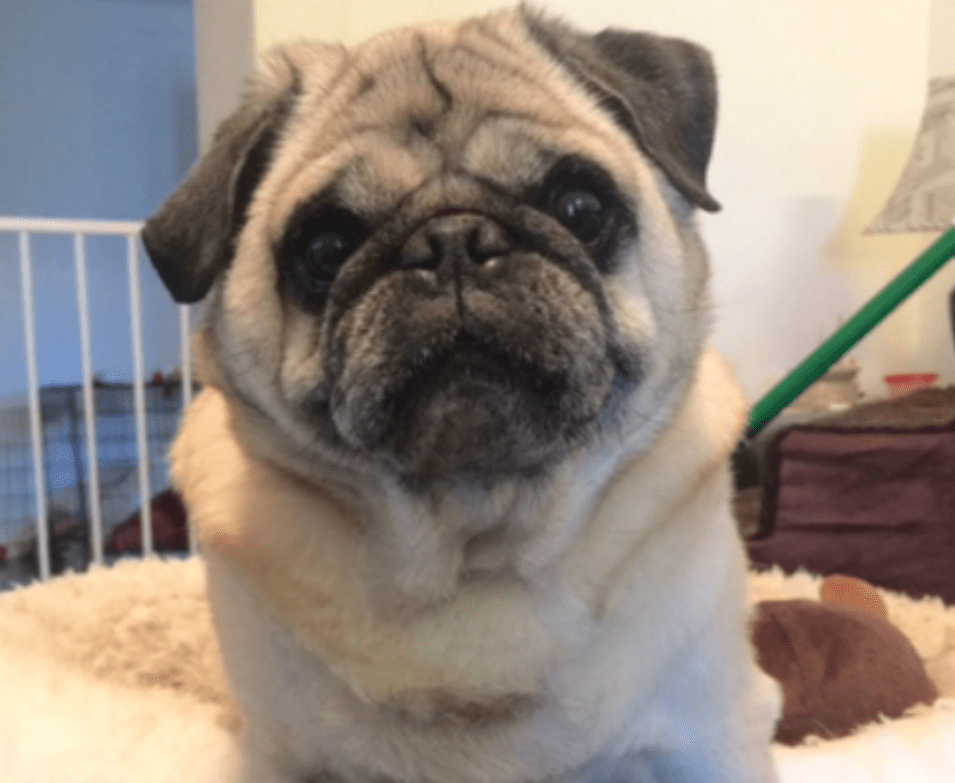 This senior pug celebrated his fifteenth birthday at Hooters!

Scrappie was adopted by owner, Carlie, in 2013, after encountering his former owner at the vet who couldn’t afford to properly care for him. Scrappie had a host of health problems, and was severely underweight at the time.

Carlie offered to adopt Scrappie on the spot, and covered his vet bill that day. She took him to see several other vets in the following days, who all concurred that he had just weeks to live. Still, despite the consensus, Carlie’s determination to see the pug healed was enough to keep him going for an additional two and a half years.
Not much is known about Scrappie’s current state, as the last piece about him was published in 2016, but the fact that his owner nursed him back from the brink of death to a longer, healthier life is definitely heart-warming!

In 1740, a group of Catholics who were secretly Freemasons formed an underground society called the Order of the Pug – supposedly because Pugs are loyal and trustworthy. Initiation included wearing a dog collar and scratching at the door! 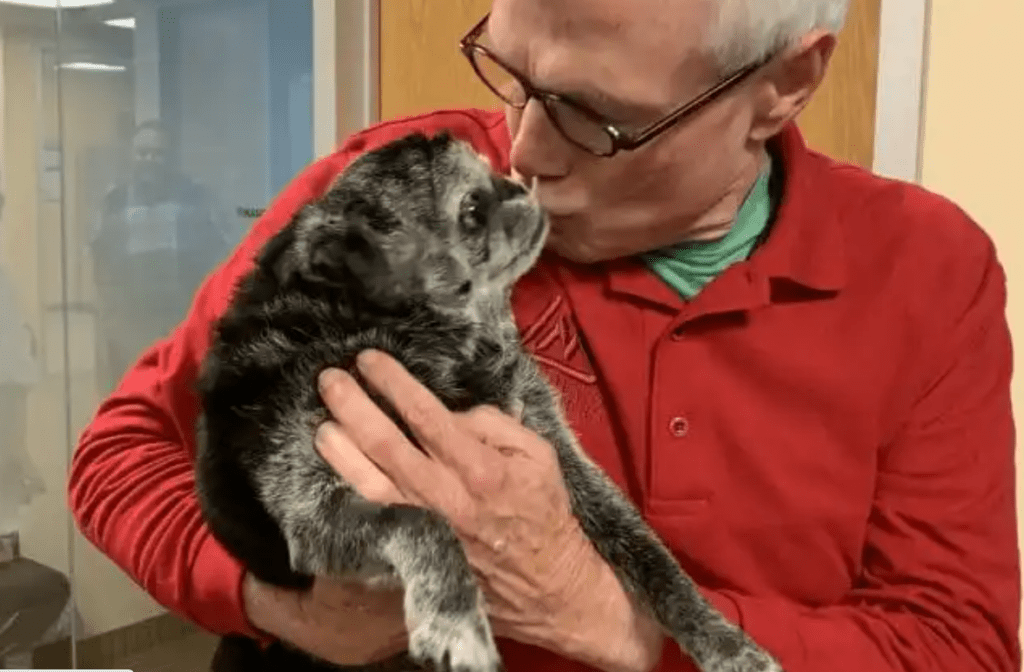 Gooner was one of the oldest pugs ever, especially most recently. She passed in July, 2020 at the age of 18.

Gooner’s owner, Howie Carr, honored her life by writing a feature about her in the Boston Herald. She had been a very special companion to him, sleeping at his feet and filling the role of “man’s best friend.” She loved the snow and Uncle Ben’s Rice.

By the time she died, Gooner had begun to slow down quite a bit, so Carr knew her time was coming. She died peacefully overnight in her sleep, in her usual position at the foot of the bed. Carr acknowledges that she was “a member of the family.”

The name “Pug” comes from this breed’s facial expression, which is similar to that of the Pug monkey (marmoset monkey). 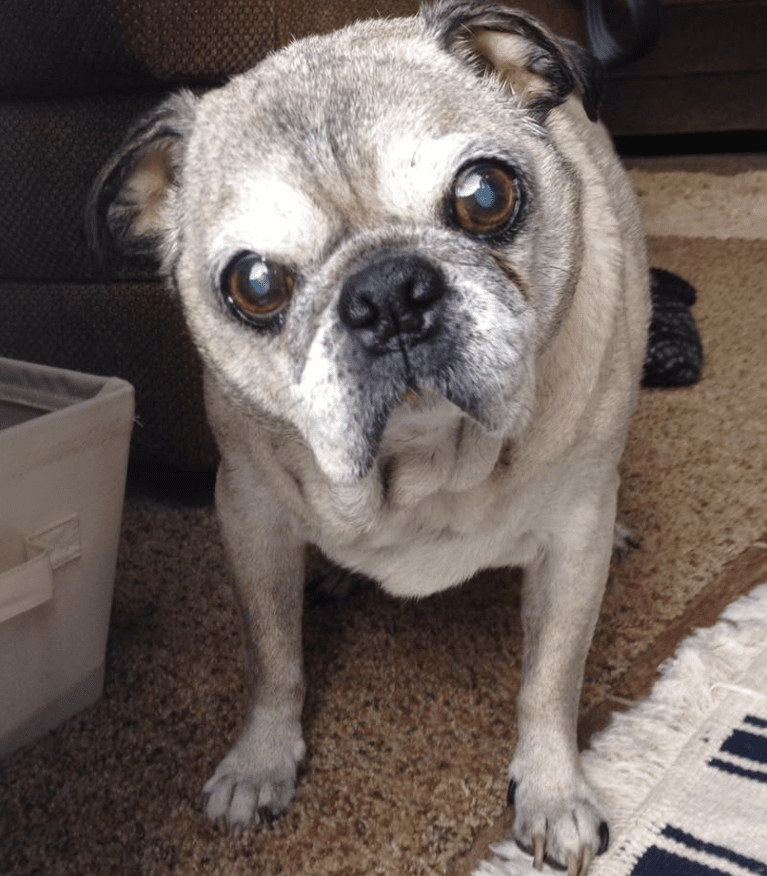 King Tug the Pug is one of the oldest known pugs that have ever lived, and is the oldest that is currently alive. While (surprisingly) there isn’t too much information available about him, he looks to still be kickin’ at the ripe old age of 19!

This famous pooch not only has hundreds of Facebook followers, but he has also been mentioned for his impressive age in informational articles about the lifespan of a Pug. One source even calculated his “true age” in human years, and states that the dog is approximately 95 years old.

It’s unknown whether King Tug the Pug’s owner manages his Facebook page, or whether it’s simply the creation of a fan. Regardless, the most recent post was published on April 2, 2020 – recent enough that he might very well still be alive!

The famous myth of multiplying your dog’s age by 7 to get their “human age” is actually false. Recent research has shown instead that the most accurate way to find a dog’s true age is to multiply the natural logarithm of its age by 16, and then add 31 to that number. 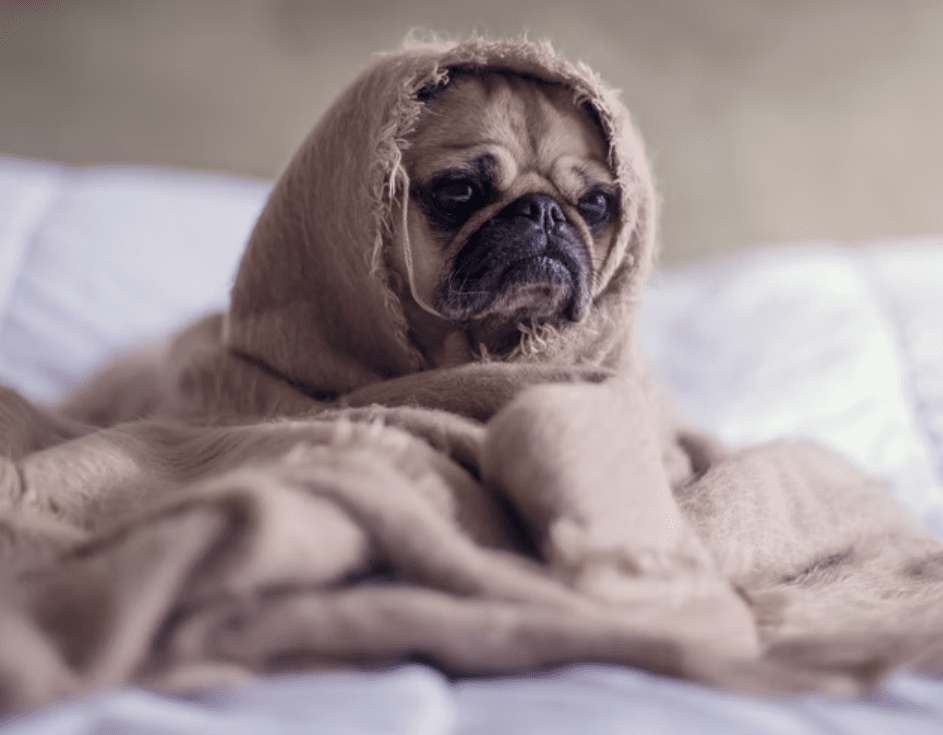 Snookie is the oldest-known Pug to have ever lived.

Living until the staggering age of 27 years old, Snookie — a native of South Africa throughout his life — is recognized as one of the oldest dogs in general to have ever lived. He is recorded in the Guinness Book of World Records.

Little is known about Snookie’s personal life or family, but regardless, he remains famous for his age. We all hope to have dogs who live as long as Snookie did!

In South Africa (Snookie’s home country), pure-bred Pugs typically cost between $600-$1,900. We would say this is a hefty price tag, but the cost of pure-bred dogs only continues to rise over time! 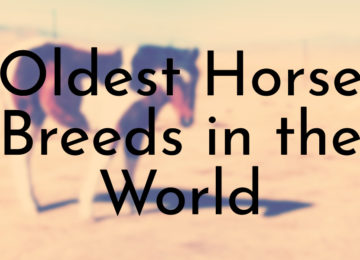