According to several widespread memes on the internet, lobsters are immortal. While lobsters can’t actually live forever, they do have exceptionally long lives. No one really knows how old they can get, but scientists say that instead of aging in a traditional way, lobsters keep growing until they die. Additionally, their metabolism, strength, and reproductive ability never decreases as they age.

In the past, scientists have used a lobster’s size to determine its age, but newer research revealed that lobsters and other crustaceans grow one ring per year in a hidden spot. The eyestalks and the gastric mills are the only part of a lobster that don’t molt, so looking at these areas under a microscope would give a more accurate estimate of a lobster’s age.

The age of the lobsters on this list were determined solely based on their sizes. Since most of these lobsters were released, we’ll never know for sure how old any of them really were. We did our best to accurately list these lobsters’ ages based on the available information. 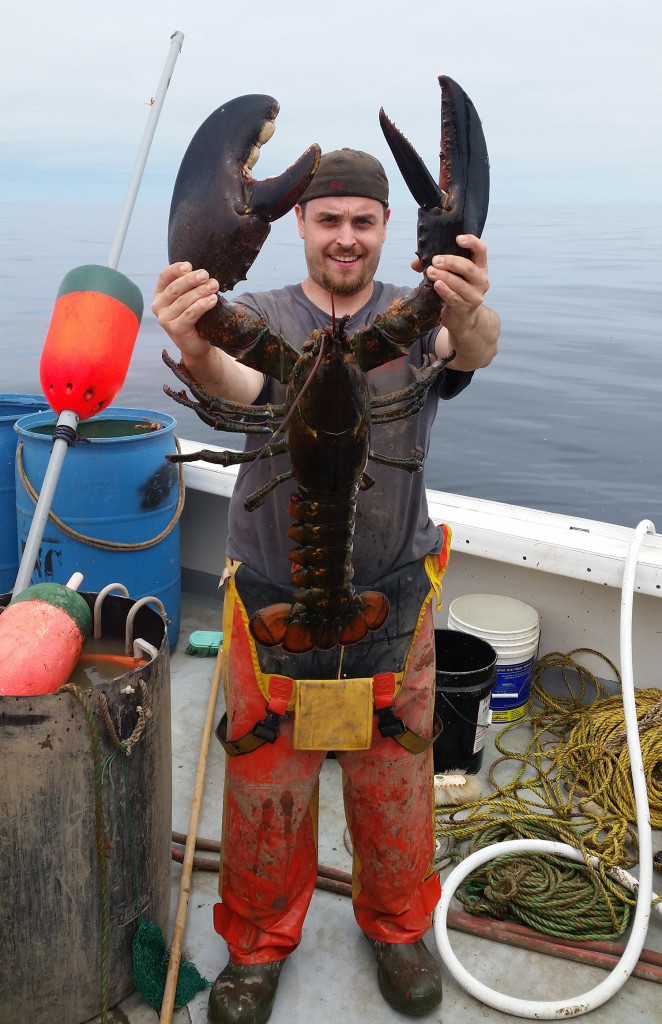 In 2015, fishermen aboard a Maine lobster boat called the Big Dipper, caught a massive 20 lb lobster. One of the deckhands, Ricky Louis Felice Jr., posted a picture of him holding the lobster to his Facebook page and it went viral. Felice said that several news outlets from Maine and New England contacted him for a story.

The Captain of the Big Dipper, Isaac Lash, decided to throw the lobster back into the water after he and the crew each posed with it for pictures. He and the crew said they hope to catch the lobster again someday when he’s much larger. The crew estimated that the lobster was about 75 years old, but Robert Steneck, a University of Maine professor of marine science, saw the photo and said that it was probably only 25 – 50 years old.

Patrick was caught in 2012 by a Devon, England fisherman and was on his way to be sold in Spain when the fisherman changed his mind. The fisherman believed that Patrick was too big and too old to be eaten and donated him to the Bristol Aquarium.

The aquarium’s curator Dan de Castro said, “Patrick is a truly impressive specimen. He is in fantastic condition with a bright blue body and a red-coloured claw. In spite of his age and his size the lobster appears to be in truly excellent condition.” De Castro promised that Patrick would live out the rest of his life peacefully at the aquarium with a regular supply of fresh food. 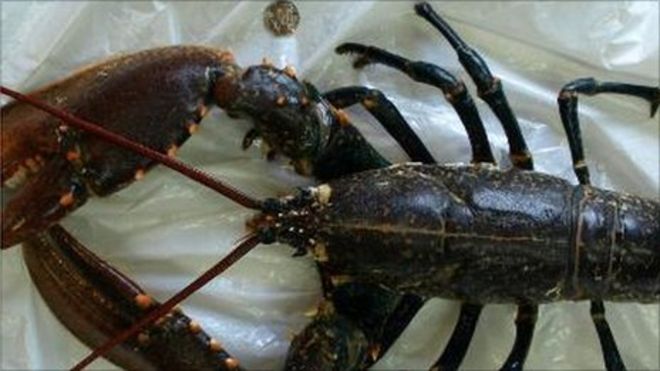 A fairly large lobster was caught in Bracklesham Bay off West Sussex, England in 2011. The man who caught the lobster, Marcus Hyde, said that the lobster was too special to eat and donated it to the Blue Reef Aquarium of Portsmouth. Experts at the aquarium said that the 9 lb (4 kg) lobster was at least 50 years old. According to Lindsay Holloway of the Blue Reef Aquarium, “He’s a fantastic specimen! He is an amazing creature and it’s quite an achievement to have reached such an impressive age.” 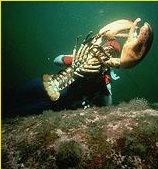 According to the Guinness Book of World Records, a lobster caught off the coast of Nova Scotia, Canada is the Heaviest Marine Crustacean in the world. The lobster was a whopping 44 lbs 6 oz and was captured on February 11, 1977. There are no official records of its age, but the Maine Department of Marine Resources estimates that it may have been about 100 years old. The lobster was probably older than 100 based on the sizes and age estimates of the other lobsters on this list.

The world record holder was an American lobster (like all the lobsters on this list), which are not only the heaviest crustacean species, but also the heaviest of all living arthropods (spiders, scorpions, and similar animals). 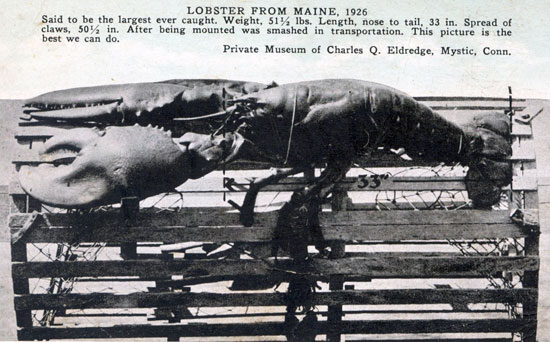 Not much is known about this behemoth lobster that was caught in Maine in 1926. At over 51 lbs it is supposedly the largest ever caught. Since scientists typically use a lobster’s size to determine its age, this lobster was at least over 100 years old. This lobster was most likely much older than every other lobster on this list, but we’ll never know for sure because no one tried to calculate its age when it was captured.

The only other information about this particular lobster comes from the only existing photograph which states that it was 33 in. long from nose to tail and the spread of its claws was 50.5 in. wide. Apparently, it was also damaged in transportation and its carcass may be in the private museum of someone named Charles Q. Eldredge of Mystic, Connecticut. 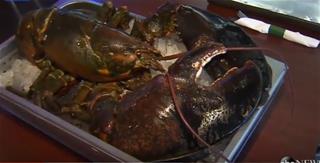 Larry, who was named after the lifeguard lobster from Spongebob Squarepants, was spared from being eaten in 2016. The lobster ended up at the Tin Fish Restaurant after the owner Joe Melluso’s seafood supplier told him that he had caught a 15 pound lobster. Melluso was impressed and bought Larry so he could be eaten by someone at the restaurant later.

Fortunately for Larry, the local news posted a picture of the lobster on its Facebook page and Amir Rossi decided that he wanted to save Larry. Rossi and his friends pitched in $300 so they could have Larry shipped to Maine so he could be freed. Melluso was touched by the group’s efforts. 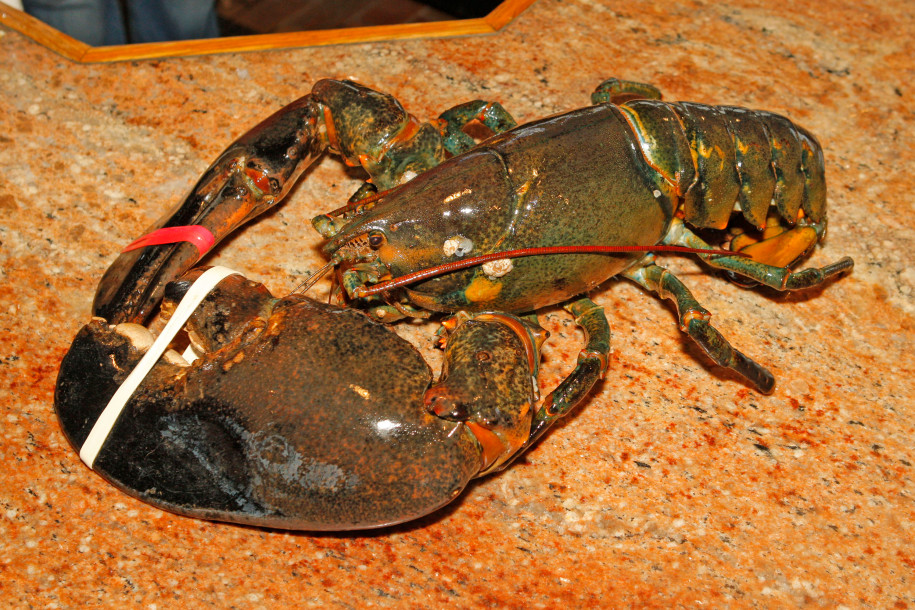 Louie the Lobster had been living in a tank at Peter’s Clam Bar in Hempstead, New York for about 20 years before the owner of the restaurant, Butch Yamali, decided to release him. The lobster was released near the Atlantic beach reef in honor of National Lobster week.

Yamali said that he finally decided to let Louie go after a customer offered to pay $1,000 to eat the lobster on Father’s Day. He turned down the customer because he felt that Louie was like a pet and ended up granting the lobster “amnesty.” Bob Bayer, executive director of the Lobster Institute in Maine said that Louie would be fine in the wild despite being in captivity for so long. According to Bayer, “There aren’t many predators who want to eat a big old lobster like that.” 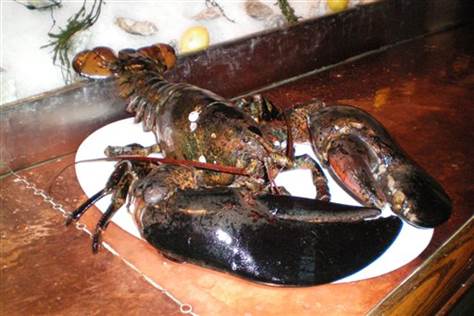 When it was caught in 2008, George the American lobster made national headlines for supposedly being the oldest lobster ever caught. His weight was not calculated scientifically, but PETA (People of the Ethical Treatment of Animals) and Keith Valenti — the manager of the restaurant that was keeping George — estimated that George was about 140 years old based on his size. Valenti explained that a lobster’s age can be estimated by weight and that each pound equals about seven to ten years.

George was caught in Newfoundland, Canada but was bought by the City Crab and Seafood restaurant and placed in a tank. Two customers noticed the large lobster and contacted PETA, who then convinced the restaurant to release George back into the wild. He was taken to New Hampshire where a crustacean expert eased him back into the water. 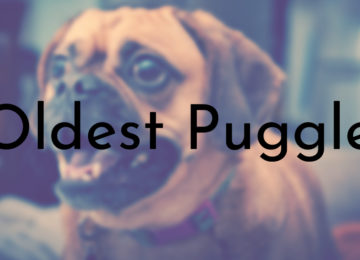