As a child, you probably have memories of being in a pet store or over a friend’s house and seeing a hamster wheel, or a hamster exercise ball. These can seem like such exciting pet accessories when you’re young – exciting enough that, at some point, they may have left you wanting a hamster of your own!

Research from 2012 shows that out of every 1,000 homes in the U.S., 887 have a hamster. That’s crazy! You probably had no idea that hamsters are so prevalent in U.S. households, yet they are – particularly because hamsters are small, affordable, and easy to keep.

With a lifespan of approximately 2-3 years, these little creatures aren’t known to live very long, but there have definitely been exceptions to the rule! Today, we’re exploring eight of the oldest hamsters ever to have lived. Let’s get started! 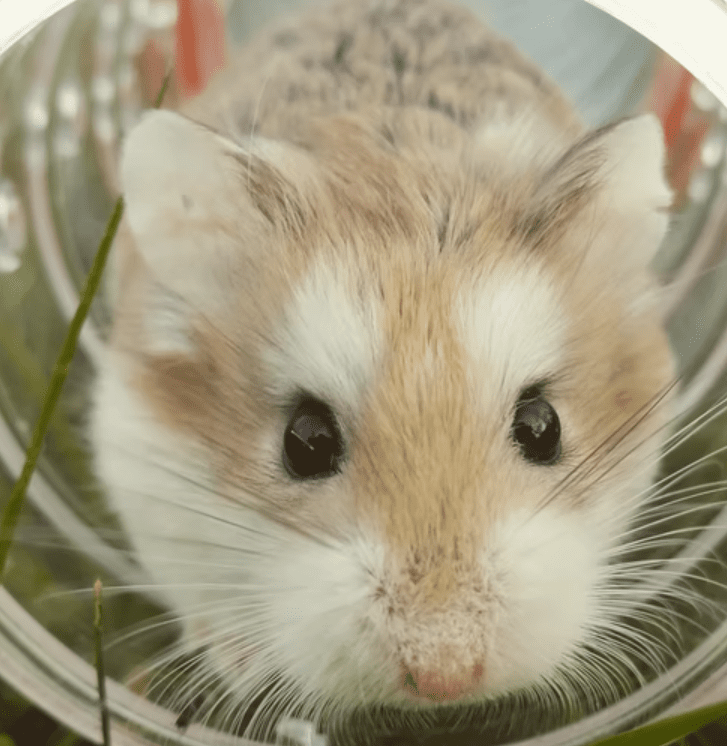 Minnie the hamster isn’t anything close to famous, but she kicks off our list at just two months old.

While most varieties of hamster reach maturity at 12 weeks, Syrian hamsters like Minnie mature in just 8 weeks’ time. For some hamsters, maturity means aggression; however, this little lady was as docile as can be! She enjoyed being petted and eating out of her owner’s hand.

Minnie’s owner posted about her on a hamster forum back in 2015, so it’s not very likely that she’s still alive at the age of 6…but let’s continue to see which hamsters have come close to living that many years!

The word “hamster” comes from the German term, hamstern, meaning: “to hoard.” Makes sense, considering how much these little guys spend digging and burying! 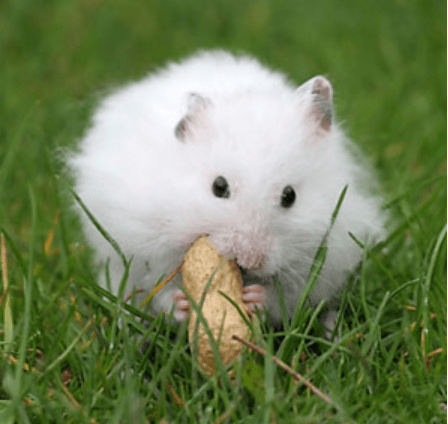 At 4 months old, this unnamed albino male Syrian hamster kicked the bucket, despite his owner’s dedication and attention to his health. This is quite a young age for a hamster, and his death was unusual given the circumstances.

In a hamster’s lifespan, four months typically equates to 26 human years. This little guy was still a young adult when he passed! However, with proper care, most hamsters will make it beyond their first year of life.

The Syrian hamster, such as the one referenced above, is the most popular hamster type to keep as a pet! They are also referred to as “teddy bear” hamsters, and are quite docile and receptive to human touch and attention. 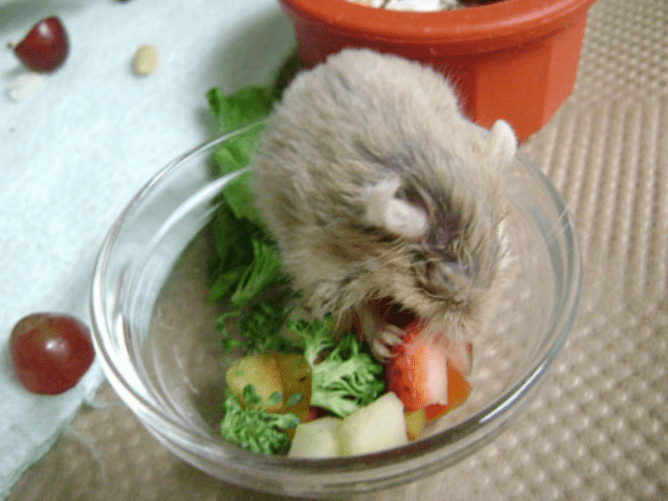 Cinnamon the hamster was one year old when she began experiencing loss of appetite and irregular bowel movements. Her owner took her to the vet, who discovered that Cinnamon had an abdominal growth that needed surgery.

After a successful operation, Cinnamon almost immediately returned to her normal self, munching on pieces of fruit and vegetables in the animal hospital. Her owner brought her home the following day, and it is assumed that the rest of Cinnamon’s story concludes with a happy ending!

Small female rodents such as hamsters, gerbils, and mice tend to develop growths in their reproductive tracts. In light of this, spay procedures are more common than you’d think for these animals, and are recommended. 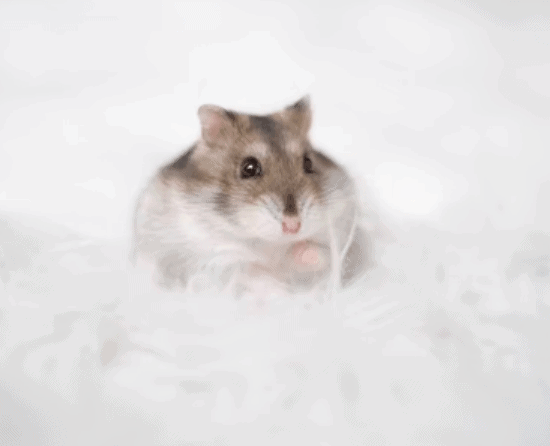 Poppy was a few months shy of her second birthday when her owner posted about her on a hamster discussion board, seeking advice regarding signs of aging. Despite her owner’s anxiety about her longevity, Poppy was overall happy and healthy when the post was published in 2010.

Other hamster owners commented that in old age, their hamsters tended to sleep more and slow down a bit as they moved – both of which don’t necessarily mean that a hamster is knocking on death’s door!

It’s hopeful that Poppy went on to live a bit longer after this 2010 post.

A hamster’s teeth never stop growing, which is why chew toys and chew sticks are essential for proper dental health. 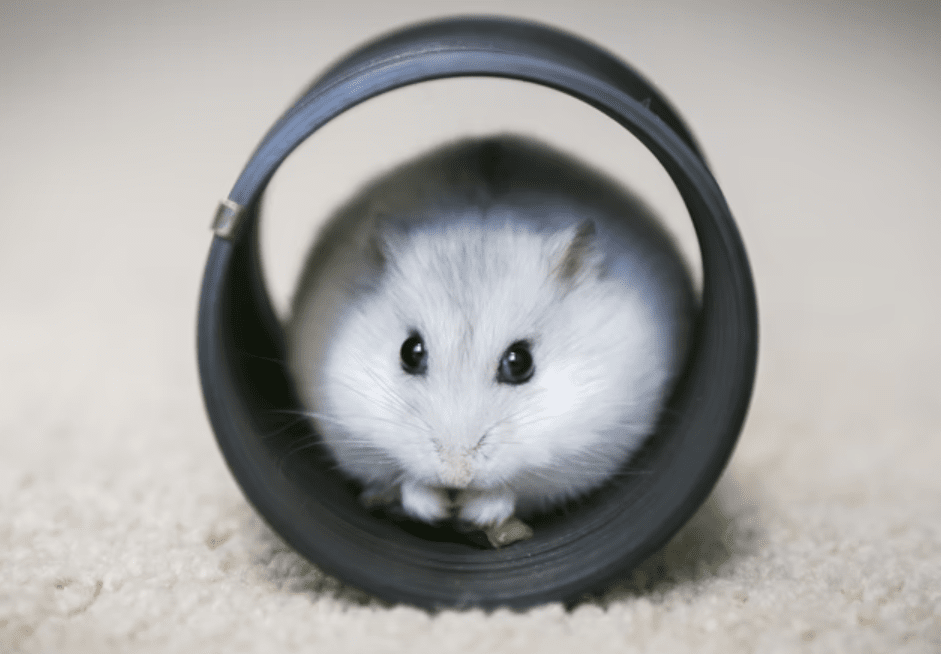 A hamster adopted in 2011 was still alive and thriving at three and a half years old!

The owner took in the hamster not knowing how old he was originally – prior to having him, the hamster had lived in an environment without proper care. Not expecting it to live for long upon adoption, the owner brought this little guy home and still had him at the time of posting.

The true age of this hamster was unknown, but he did presumably live much longer than the average hamster, based on the fact that he was grown when adopted and remained with his owner for over 3.5 years.

Hamsters have moods, which are very much influenced by their surroundings and environment. With lots of fresh bedding and cage accessories, a hamster is more likely to feel optimistic and happy. 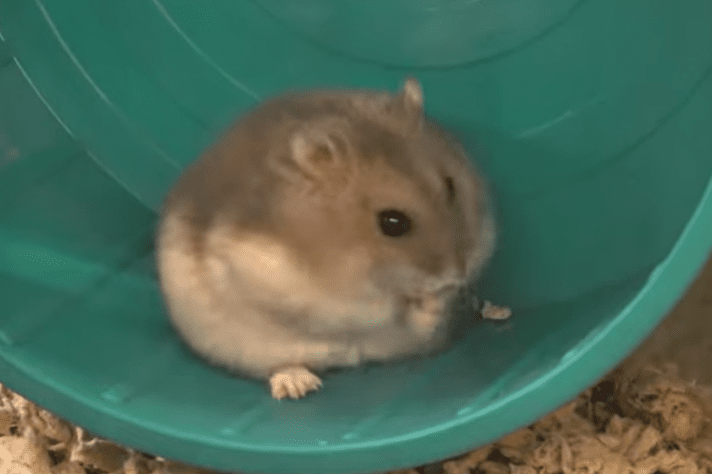 Happy the Hamster is one of the oldest hamsters to have lived, and for good reason! His owner set him up in an impressively elaborate hamster mansion that allowed for plenty of space, exploration, digging, and exercise. At the time of posting, Happy was nearly four years old.

In this YouTube video, Happy is pictured having all kinds of stimulating adventures! He is presumed to be living, although it’s been several months since the video was uploaded. A lot can happen around the unusually old age of four for a hamster, but we hope Happy is alive and well!

Hamsters love hideaways, nooks, and crannies where they can sleep and burrow. Providing these opportunities in their cage will give your hamster extra comfort! 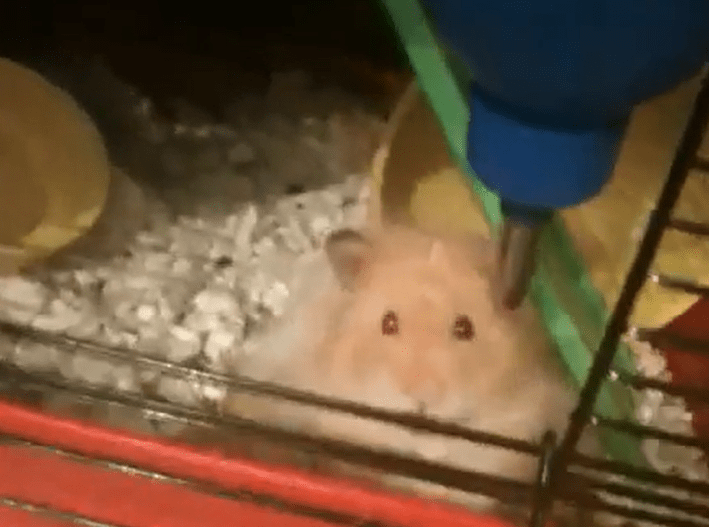 This thirsty hamster can’t stop gulping from his water bottle in this entertaining YouTube video!

Mo the Teddy Bear Hamster was four years old at the time this video was posted in 2009 – but he definitely didn’t look his age! Fat, wide-eyed, and fluffy with fur, Mo couldn’t stop chugging water as his amused owner captured him drinking.

There is no other documentation of Mo, and he probably passed long ago, as it’s been 12 years since this video was uploaded. Still, at four years old, this little guy was on the verge of breaking a record as one of the oldest hamsters around!

A well-rounded diet for a hamster can include fresh fruits and veggies, though these should be consumed in moderation alongside hamster food, such as pellets. 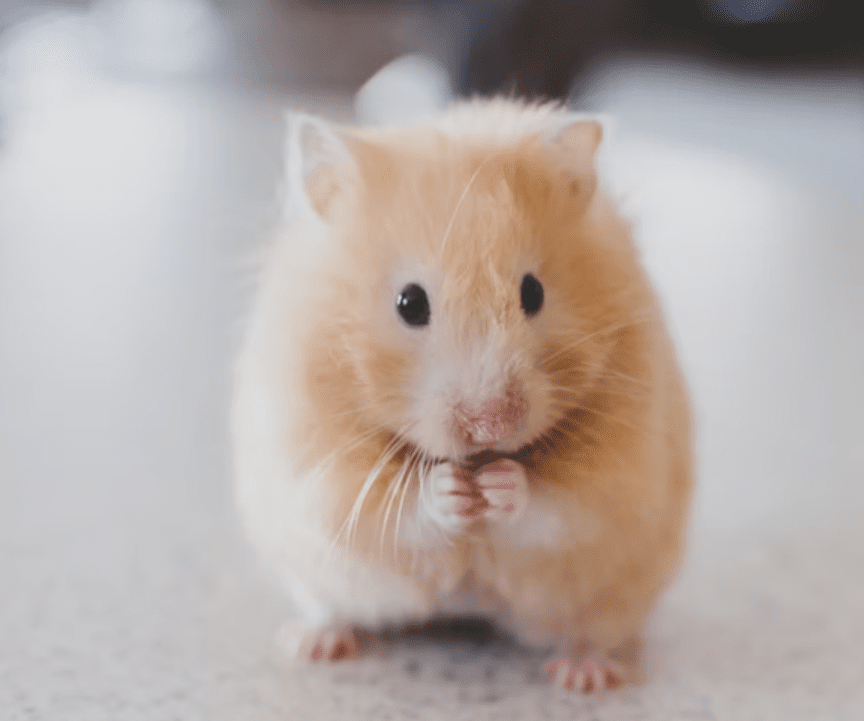 The oldest hamster on record to have ever lived made it to 4.5 years of age. His name is not recorded, but he is in the Guinness Book of World Records. He was owned by Karen Smeaton of Tyne & Wear, United Kingdom.

Of course, it’s somewhat likely that other hamsters have made it past the age of 4.5 years and were simply never documented – especially since the Guinness application is hundreds of dollars. Still, 4.5 years is impressive for a hamster, regardless of whether it’s the oldest ever or not!

Hamsters are generally social creatures that enjoy having interactions with their “pet parent.” Letting them out of their cage to play (in an exercise ball or other means) can be a great experience for both hamster and owner!

Posted by Shasha Neil 0
Spread the loveWhile the most common animal for a child to beg for is a dog, there are a few…

Posted by Lauren Johnson 0
Spread the loveDid you know there are more than 3,000 species of snakes on the planet, found everywhere except for…

Posted by Lauren Johnson 0
Spread the loveFor many years, scientists were unable to properly age sharks because of their soft cartilage. However, in recent…