We all know that dogs are man’s best friend and it’s often noted that dogs have been an integral part of human history. The relationship between humans and dogs is believed to have first formed between 18,800 and 32,100 years ago when a group of wolves first came into contact with European hunter-gatherers.

While those early breeds of dogs have died out, many modern breeds have survived for thousands of years. The following list contains 8 of the oldest dog breeds in the world, all of which remain as popular pets with today’s people. 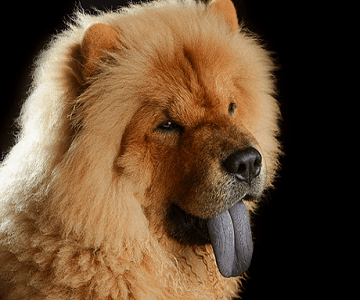 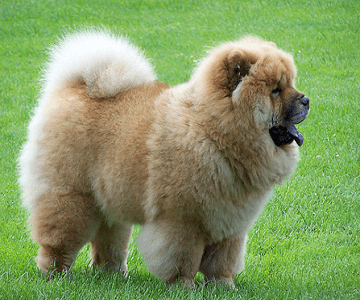 The Chow Chow is believed to have originated in the northern chilly part of China. A recently discovered bas-relief, dated to the Han Dynasty (around 150 – 200 B.C.), depicts a hunting dog that is similar in appearance to the Chow Chow.

The breed is known for blue-black tongue, which extends to its lips, making it the only breed where the blue-black color is present in its lips and oral cavity.

Although Chow Chows have a reputation for being aggressive toward people, early and frequent socialization will produce a dog that is loyal and well behaved.

Chow Chows are a popular breed and many famous people have kept them as pets, including Sigmund Freud, Elvis Presley, Martha Stewart, and Calvin Coolidge 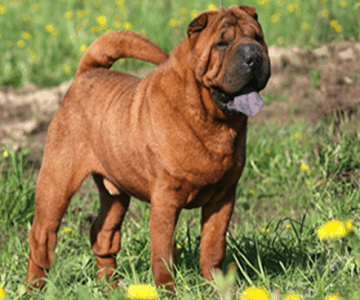 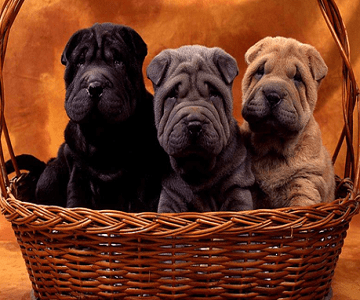 The Chinese Shar Pei, which is often recognized for its skin folds and wrinkles, is an ancient breed first depicted in Chinese clay figurines that date back to around 206 B.C. The breed’s name translates to “sand skin” in reference to the dogs’ short and rough coat.

The Shar Pei was developed to hunt wild boar, protect farmers’ livestock from predators, and guard its master’s home.

Shar Pei’s tend to be independent dogs and make great companions for single people or families with older children. Their puppies have many wrinkles, which loosen and spread out as they age. 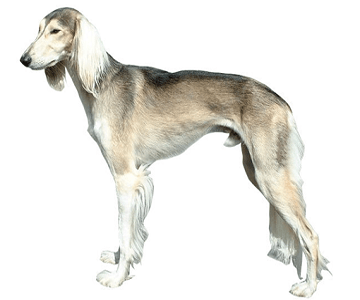 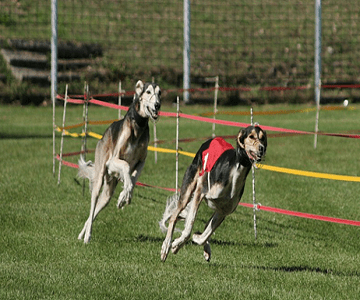 Through DNA evidence, Salukis are one of 14 breeds shown to be the least divergent from wolves. In fact, the breed is recognized by the Guinness Book of World Records as the world’s oldest dog breed.

Evidence of Salukis origins dates back to ancient Egypt around 329 B.C.

Salukis are sighthounds that were typically used by nomadic tribes for hunting and were bred for their speed, strength, and endurance.

Modern Salukis still retain many of these characteristics and have been known to chase down squirrels, goats, otters, foxes, raccoons, snakes, and deer. Their speed has been clocked at 30 to 35 miles per hour. 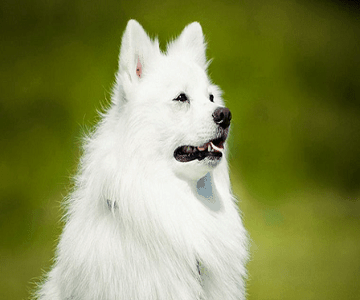 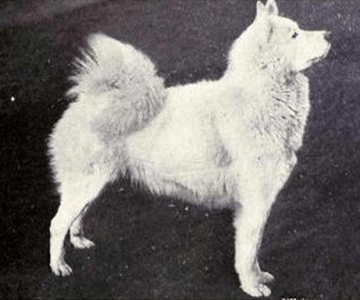 Samoyeds were originally used for hunting, herding reindeer, and pulling sledges for the Samoyede people of northwestern Siberia, which is where the the breed gets its name from. Although the breed’s origins can’t exactly be dated, there is evidence that the Samoyede tribe migrated to the Arctic from Central Asia at least one thousand years before Christianity.

The dogs were first brought to England in the 1800s and one was gifted to Queen Alexandra, who promoted the breed extensively. Today, Samoyeds are seen as intelligent, playful, and loyal dogs that make great family pets. 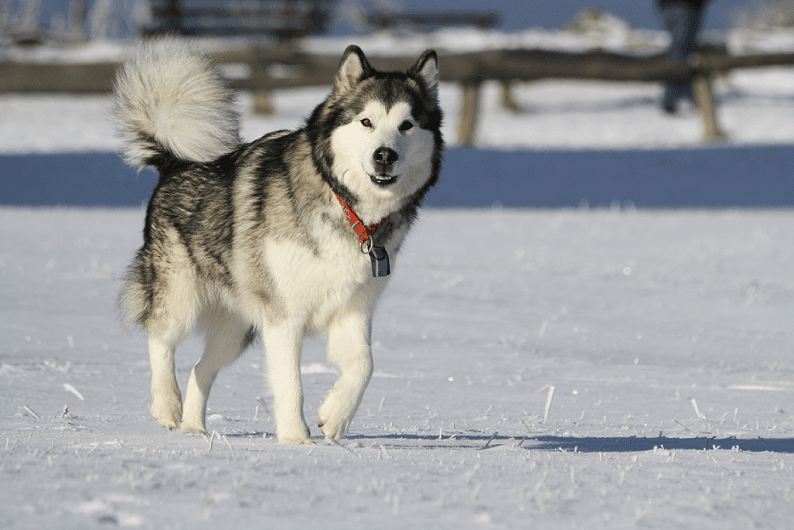 The Alaskan Malamute is the oldest and largest of the Arctic sled dog breeds, which was bred by the Mahlemut tribe, for which the breed is named, around 2000 – 3000 years ago. Malamutes are incredibly strong and were used by the Mahlemut to hunt big game and pull sledges loaded with gear.

The breed is still used today as sled dogs for traveling, hauling freight, moving large objects, or for recreational sledding or mushing. Alaskan Malamutes have a kind nature and love people, which make them excellent dogs for families.

Modern Alaskan Malamutes have a high prey drive and will hunt down smaller animals such as rabbits, squirrels, and cats. 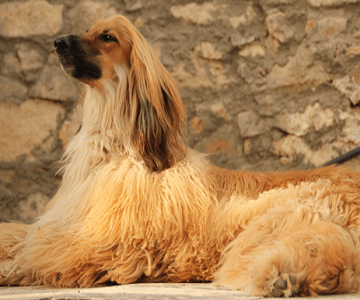 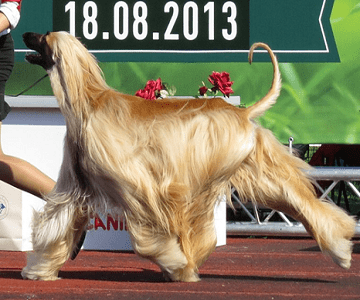 The Afghan Hound is thought to be one of the ancient dog breeds and is closely related to the Saluki. Although its hard to pinpoint the breed’s exact origin, it’s history can be traced back to at least 8,000 years ago.

Afghan Hounds were originally used for hunting large prey in both the mountains and deserts of Afghanistan.

The breed, which was first brought to England in the 1800s, was one of the earliest to be exhibited in dog shows by the U.K.’s Kennel Club. Afghan Hounds enjoy their independence, and while they do make great pets, they often do not enjoy being hugged or petted. These anicent dogs are known for their exotic looks and long hair. 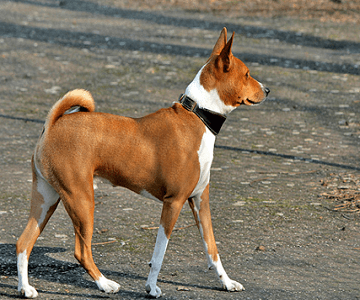 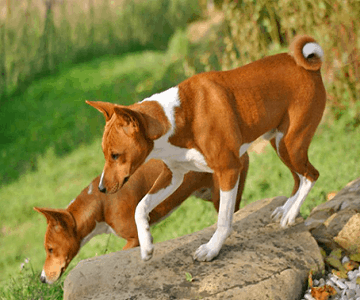 Basenjis are often cited as being one of the most ancient dog breeds in the world and are believed to be the hunting dog depicted in cave paintings found in Libya dating back to around 6,000 B.C.

The breed is most known for being “barkless” and while it’s true that they do not emit a typical barking sound, Basenjis are capable of growling, whining, and screaming.

Basenjis are curious, highly energetic, and require a lot of exercise as an inactive Basenji will often be destructive. They are highly active dogs that like to climb and have no problem getting over a chain wire fence. 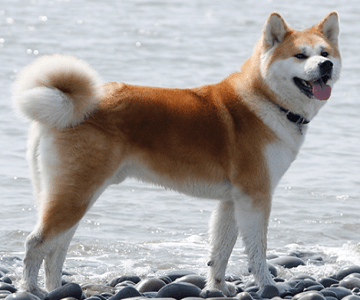 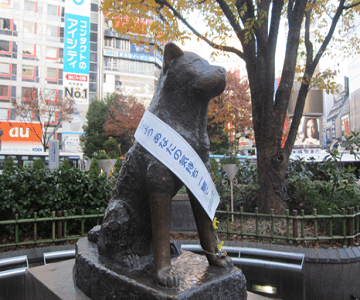 The Akita Inu’s exact date of origin is unknown, however, archaeological discoveries suggest that a dog called the Matagi-Inu, which is believed to be the Akita’s ancestor, existed between 8,000 B.C. And 200 B.C. This would make the Akita Inu the oldest dog breed in the world.

Akitas are named after the Akita prefecture, the northernmost area of the Japan’s main island. The breed is known for being loyal, affectionate, and intelligent.

Although they are not watch dogs, Akitas make excellent guard dogs and often assert their dominance against other dogs. In 1937, Helen Keller, was presented with the first two Akitas to enter the U.S. and today, there are two distinct breeds of Akitas, the Japanese Akita and the American Akita.

Hachiko, who is known for waiting for his master, even after he passed away, every day at the Shibuya train station. Hachiko’s story and his bronze statue, which was erected in 1934, shortly before the dog’s death, made the breed popular internationally.